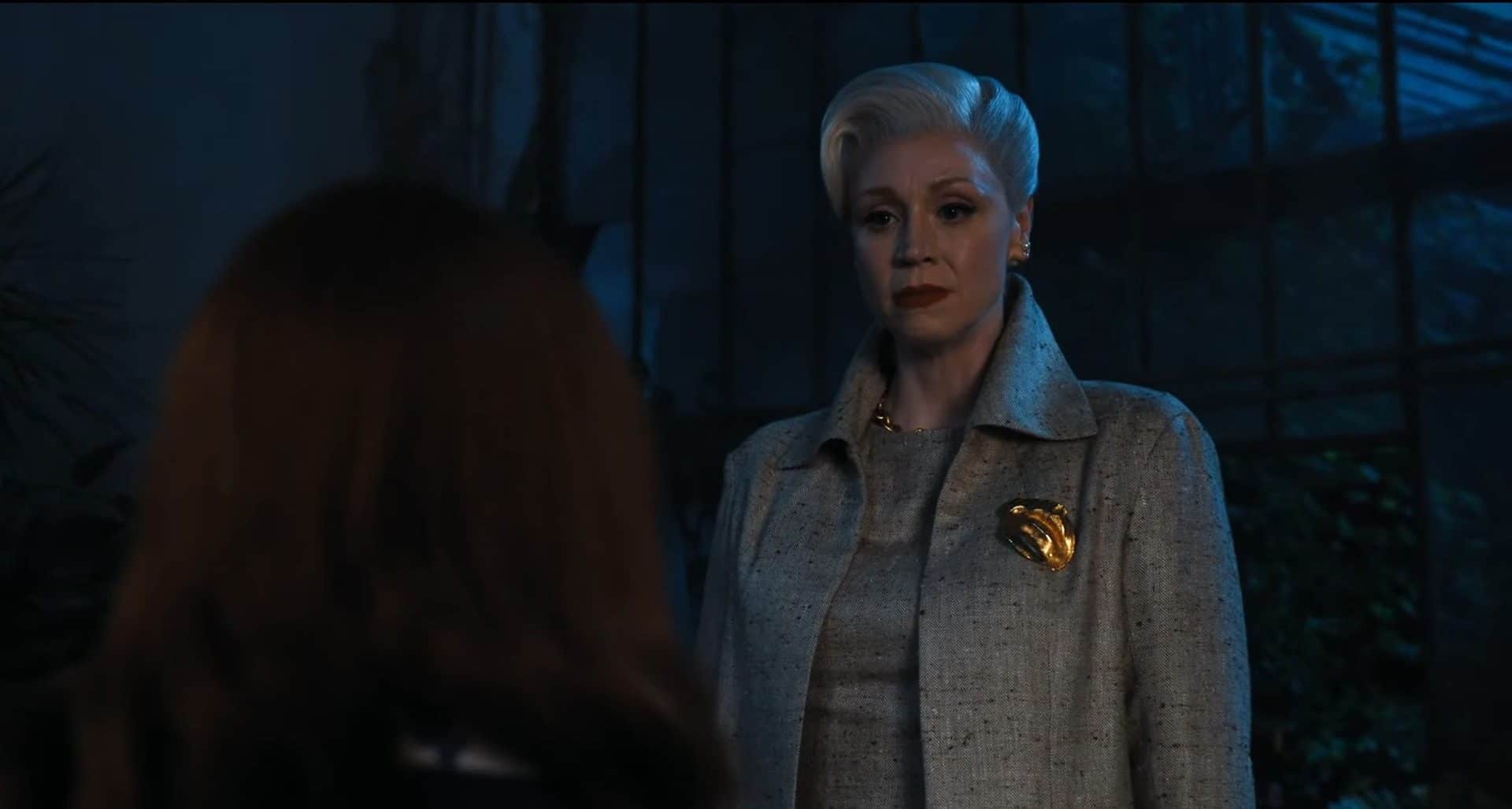 Principal Weems at the end of Wednesday

Within the first season of Wednesday, we were introduced to the head teacher of Nevermore Academy, and that was Principal Weems. With the character being played by Gwendoline Christie, it was a big name for the show to pull in. However, in the Wednesday season finale, we saw that she was written out of the show. She was taken out by Thornhill when she was revealed to actually be Laurel Gates.

But it got me wondering, is Principal Weems really dead in Wednesday? Or is there a chance that the show could be tricking us, and Weems could actually return in season 2? So I thought I’d break down, explain, and give my theories and predictions on why Principal Williams may return. Here is “Is principal Weems still alive on Wednesday?

Principal Weems was one of the main characters in the show, or at least in terms of the adult cast. She was a long-time friend of Wednesday’s mother Morticia. She was the principal of Nevermore Academy. She was a shapeshifter, which is something that will become important in theory and she also looked out for. Wednesday, despite living up to that tough principal stereotype. 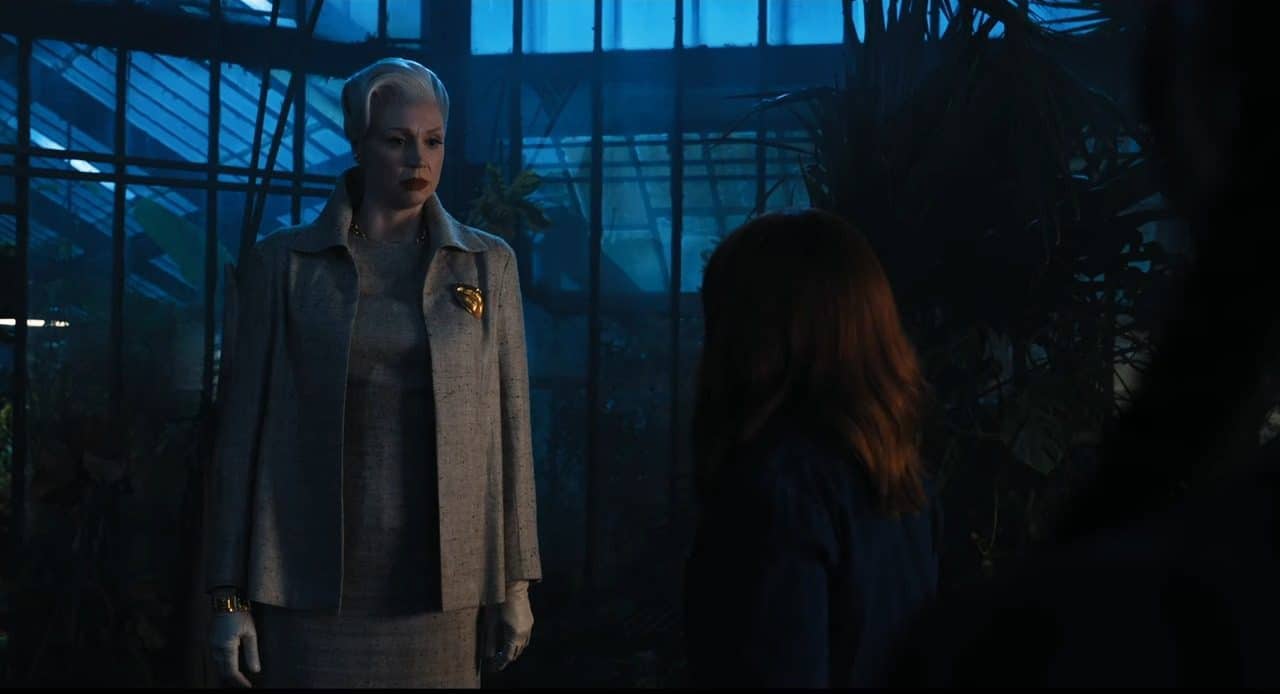 Is Principal Weems with Ms. Thornhill at the end of Wednesday

In the final episode, as we saw Wednesday carry out her plan of getting Miss Thornhill to expose herself as Laurel Gates, we saw that Principal Weems used her shape-shifting abilities to look like Tyler to lure Laurel into a false sense of security.

But once Weems revealed her true identity and shape-shifted back to herself from Tyler after hearing the information from Laurel. We saw that Laurel put something in Weems, and it caused her to die, providing a big shock to the show and giving us a death that was definitely unexpected.

However, Gwendolyn Christie herself has teased us viewers that she may not in fact, be dead. She stated in an interview that we didn’t see her get put in the ground, so there’s always the possibility of her being able to return. One theory that could support the idea of Weems being able to return in season 2 is focused on her shapeshifting abilities.

Theory That Principal Weems Is Still Alive In Wednesday

Weems is a very important person when it comes to the outcasts. She heads up the Academy and has been striving for the success of the school for outcasts and they were integrated into society and Jericho. With her being a shapeshifter, that would mean that she’d most likely know other shapeshifters.

As we’ve seen in Nevermore, people with the same powers and abilities tend to gravitate toward each other. This could mean that she may have recruited one of the people that she knows is a shapeshifter to transform into Tyler and then into her. 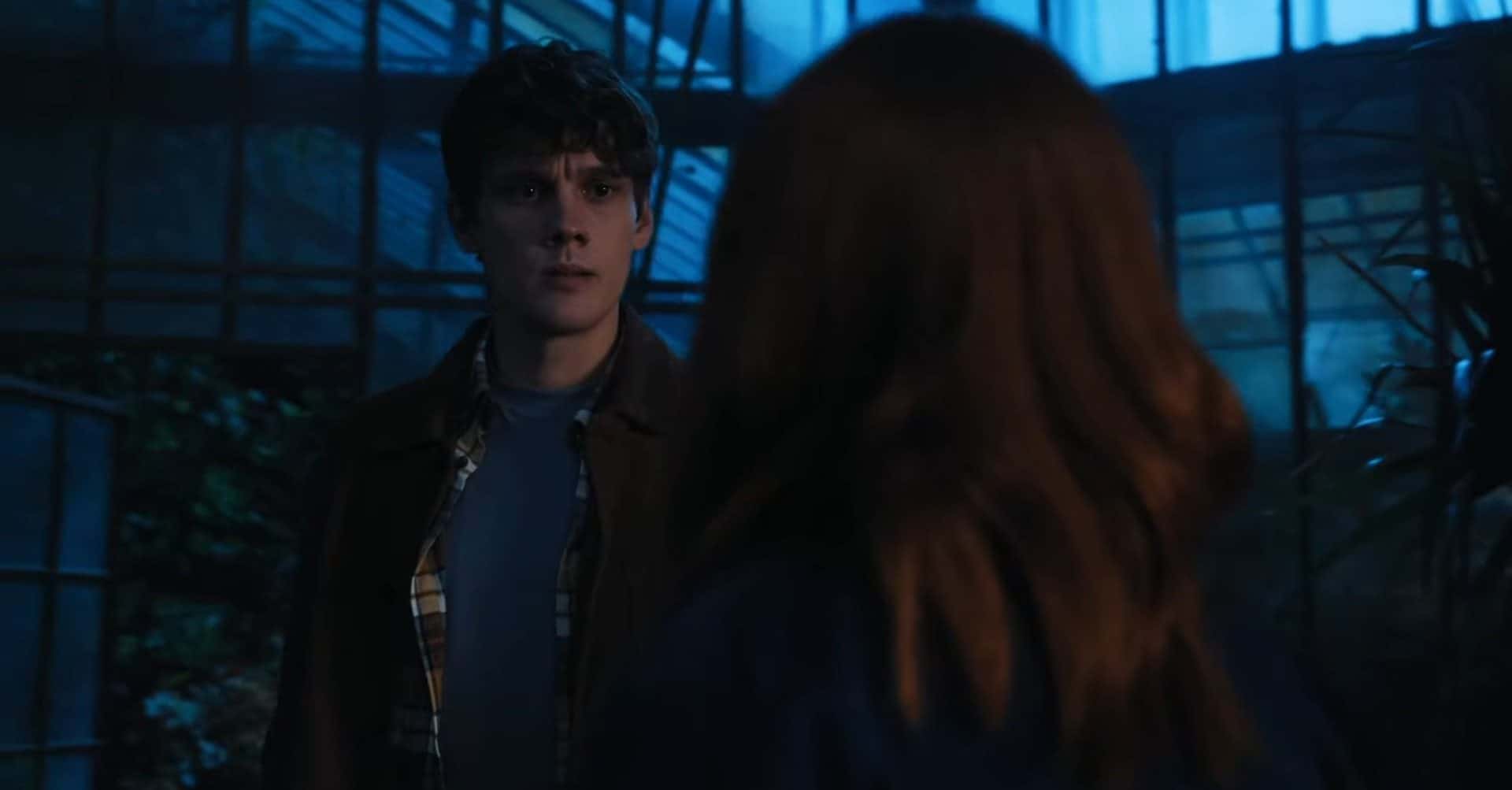 Weems may have viewed the encounter as too dangerous for somebody of her importance to go to. So instead she could have asked one of her fellow shapeshifters to accompany Wednesday. The plan may have been to start as Tyler and then transform into Weems at the reveal in order to hopefully intimidate Miss Thornhill, where she would then have given herself up. Then the shapeshifter would have reported back to Weems in their true form.

However, with it going a bit pear-shaped and the person being killed. It could have meant that Weems felt responsible for the death of the recruit, and to carry on with the view of Weems being gone, she may have left her position as head teacher of nevermore.

We know that shapeshifting into two individuals is possible, as we saw when Weems shape-shifted to look like Rowan, then the man, then Weems herself. So, I feel this theory does hold some weight to it. And it could be something that could have been carried out by a fellow shapeshifter.

We didn’t really get to see much of Principal Weems, powers, and abilities in season one of the show, other than when she transformed into Rowan, following on from his death in episode 2 and of course, in the shocking finale. I hope she does return to the show. Because I feel there’s a power like no other with this character. And she has an interesting relationship and dynamic with Wednesday, as well as the somewhat resentment towards a longtime friend Morticia that we didn’t really touch on.

So I feel we may get to see more of her Wednesday Season 2 of the show, because there we like this or a different one that’s out there is able to stand up. But personally, I don’t think she’s gone. I think we’ll see her again. So, thus was “Is Principal Weems really dead in Wednesday?

Also Read: Tom vs Andrew vs Tobey’s Spider-Man: Who Is The Strongest Spider-Man?