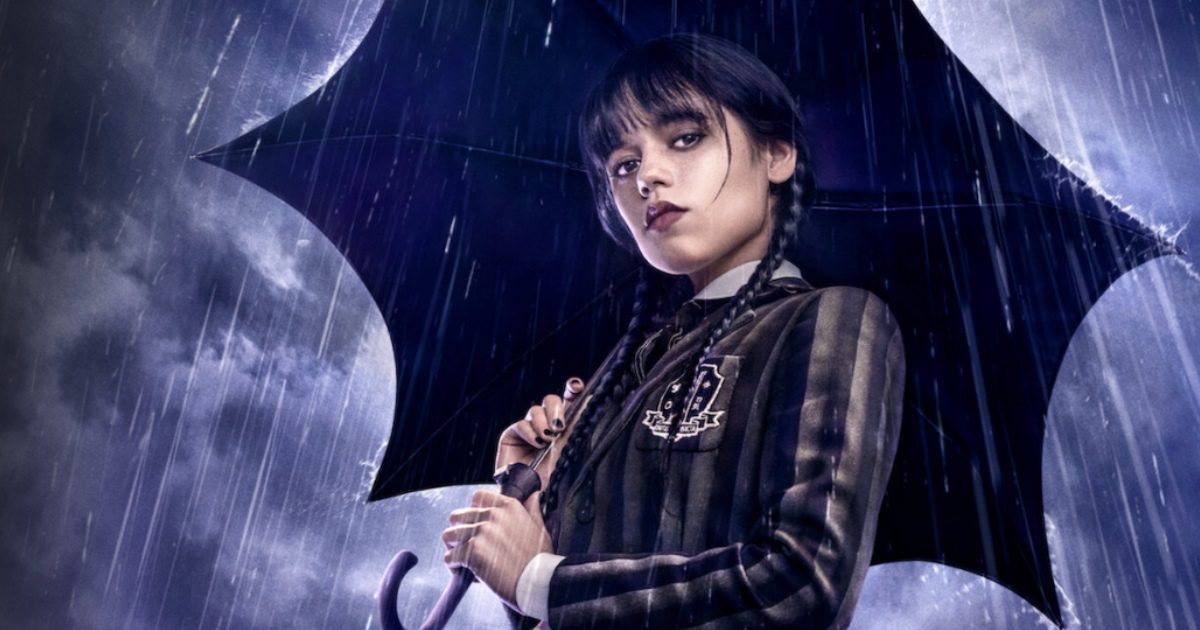 Wednesday, A Netflix Original, will be airing soon

The legacy of Charles Addams’ characters continues, and the upcoming Netflix original is proof of it. Wednesday, Addams will be gracing the screens once again with her pessimistic outlook and macabre humor, accompanied by a deep-seated mystery lurking behind the doors of her new school. With the talented actress Jenna Ortega playing the role, we can expect this Wednesday adaptation to be just as interesting as the ones performed by the iconic actress Christina Ricci.

Wednesday is executively produced by Gothic movie legend Tim Burton himself. He is accompanied by the skilled writers Alfred Gough and Miles Millar, the creators behind Smallville. It’s known that Wednesday was filmed in Bucharest, Romania, as the architecture is perfect for the portrayal of a distinct, ancient and peculiar school.

Nevermore Academy, the school where Wednesday will be studying, was supposedly started in 1791 and has since been a place of education for all, including Vampires, Sirens, werewolves, and many more creatures. Just the perfect place for Wednesday Addams. The Addams family is known for their unconventional ways that make them an outcast from normal society.

The father, Gomez Addams, and mom, Morticia Addams, love their kids even if they seem murderous at times. This family was first seen as illustrations by Charles Addams, which were later adapted into a television series in 1964. Since then, it has had several readaptations, and the characters have been seen in many movies, series (The New Scooby-Doo Movies), and ads.

Wednesday: Who’s The Cast Made of?

The cast of this series includes Jenna Ortega as the gothic, completely desaturated main character, Wednesday. Gwendoline Christie will be playing the principal shrouded with mystery, Larissa Weems. Emma Myers, known for her role in Girl In The Basement, will be playing Enid Sinclair. Uncle Fester, who has an appearance in the trailer, will be portrayed by Fred Armisen (Portlandia). 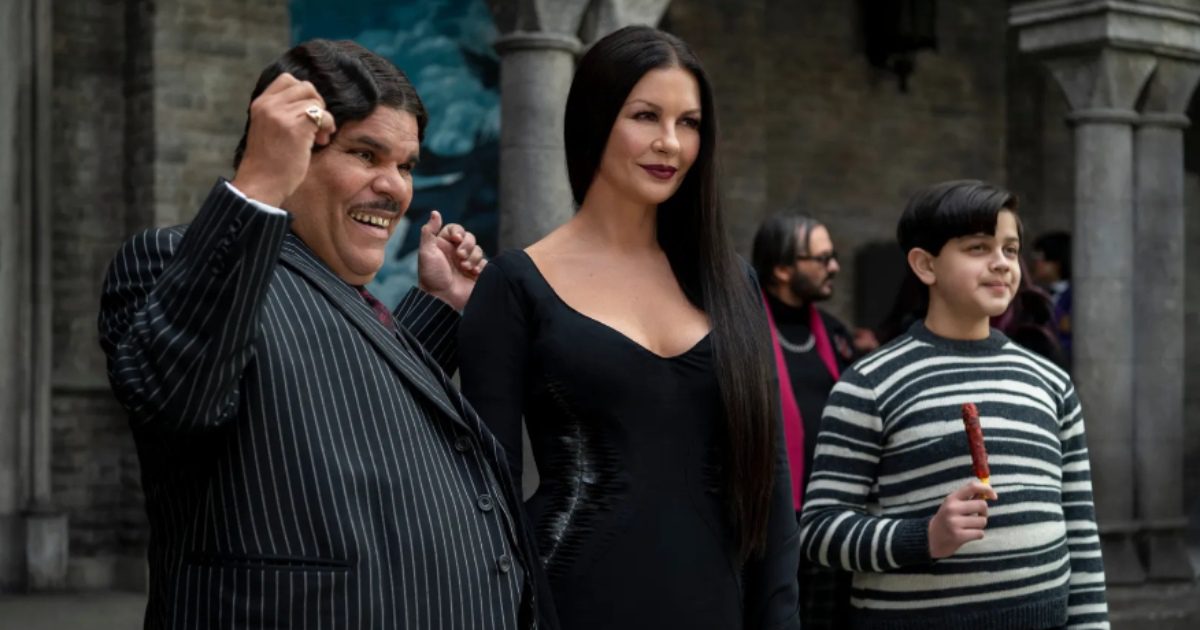 The role of the captivating siren, Bianca Barclay, will be performed by Joy Sunday, while the Vampire, Yoko Tanaka, will play the role of Naomi J. Ogawa. The actress who is the best-known version of Wednesday Addams, Christina Ricci, will also be joining the cast of Wednesday, but this time she’ll be starring as Marilyn Thornhill, one of Wednesday’s teachers at Nevermore Academy.

All exciting episodes of this mystery and comedy show will be released on Wednesday, November 23rd, 2022. This show is ordered for about eight whole Episodes, so tune in to your devices for an entertaining binge session.

All the titles have woe in them, as Wednesday is described by Charles as The Child of Woe, based on the American nursery rhyme. Regardless, these episodes will feature Wednesday moving into a new school after changing eight schools in a matter of 5 years.

The new school is none other than the infamous “Nevermore Academy,” the place where her parents had originally met and fallen in love. Nevermore is the home to all sorts of living and dead beings. Students get to learn a variety of unconventional subjects such as Outcast Anatomy, Psychology of the Macabre, and other supernatural subjects. 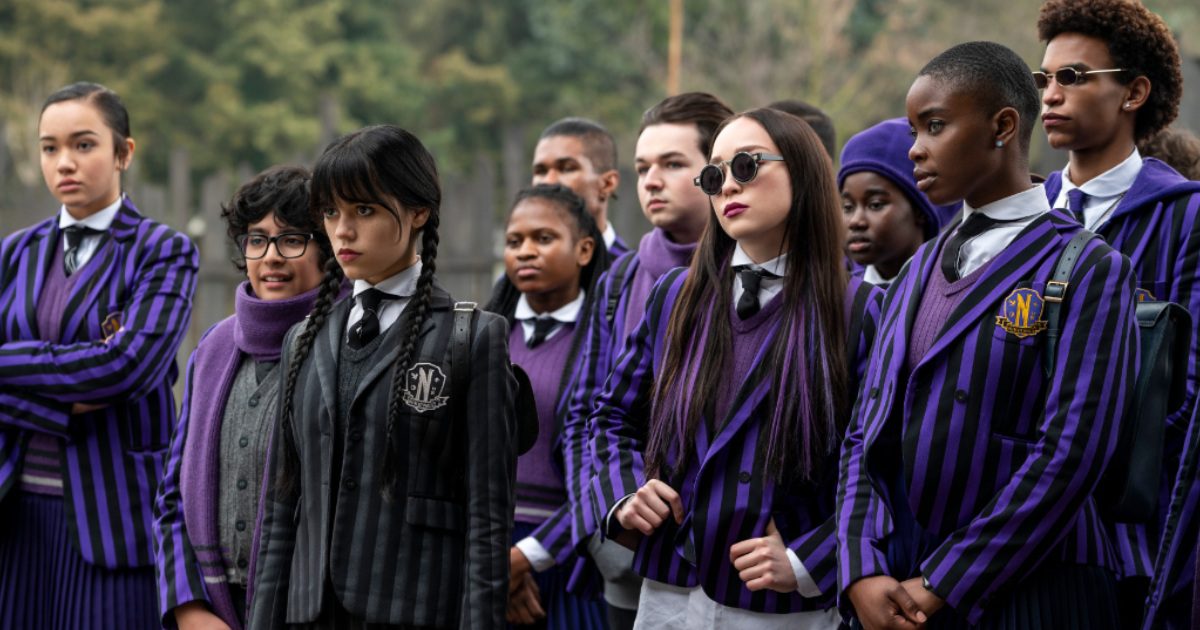 Wednesday and her Classmates

Wednesday ends up being roommates with Enid Sinclair, a werewolf whose personality is opposite to hers. Though they belong to two different ends of a spectrum, they band together as they find out that there’s more to Nevermore Academy than what meets the eye. Wednesday is also accompanied by Thing, a moving hand that seems to have a mind of its own.

Since Wednesday is an exclusive Netflix original series, it will be uploaded on Netflix, US, at around 3:00 am ET. Viewers from other countries will have to cross-check the time of upload based on their local region. Some of the release times are:

The timings may vary slightly, but new episodes of the show will all be aired together on November 23rd, 2022.