Actor Chris Hemsworth is always buff and super fit for any role he’s working on. He’s a role model for kids and guys when it comes to fitness and eye candy for all the girls. Moreover, in his multiple roles as an actor, we’ve seen him beef up and prepare for several roles. His exercise routine is documented and he’s always willing to share details about how he takes care of himself when preparing for a role in those action movies he always stars in. So, today, we’re going to examine how has he fared across the years for those multiple roles. Let’s take a look at the top 10 Chris Hemsworth transformations.

Chris Hemsworth, an Australian actor who plays the Norse god Thor in the Marvel movies, is also essentially a god in the gym. He is the ideal actor to face off against the Hulk in Thor: Ragnarok and all the other antagonists he has faced in the Thor franchise because he is tall, ripped, and sculpted. The same goes for his roles in Avengers: Infinity War and Avengers: Endgame, which is essentially two of the most epic superhero films ever and star the ultra-ripped Josh Brolin as Thanos. Hemsworth has repeatedly had to change his body to play the hero, and it’s not always simple to do.

The following is a list of Chris Hemsworth’s 10 best transformations.

Hemsworth’s first major Hollywood role was as the father of Captain James T. Kirk in J.J. Abrams’ “Star Trek” reboot. It was a small but important role, and Hemsworth did a fine job in it.

This was Chris’ first role

Hemsworth starred alongside Benjamin Walker and Cillian Murphy in this Ron Howard-directed film based on the true story of the whale ship Essex, which was attacked and sunk by a sperm whale in 1820. Hemsworth played first mate Owen Chase, who was one of the few survivors of the shipwreck. It was a solid performance from Hemsworth in a film that was not particularly well-received by critics or audiences.

Hemsworth in the ocean in a not so bulky version of himself.

Hemsworth starred alongside Nicholas Cage in this low-budget crime thriller about a man who is kidnapped and forced to rob an armored car. It was not a great film, but Hemsworth did a good job in it, and it was interesting to see him in a more action-oriented role.

Hemsworth starred alongside Milla Jovovich and Timothy Olyphant in this thriller about a honeymooning couple who become embroiled in a mystery when they are stranded on a remote island. Hemsworth played Eric, the husband of Jovovich’s character. It was a small but pivotal role, and Hemsworth did a good job with it.

In this movie Chris definitely pumped some irons

Hemsworth starred alongside Josh Hutcherson and Josh Peck in this remake of the 1984 film about a group of American teenagers who must defend their town from a foreign invasion. Hemsworth played James Teller, the older brother of Hutcherson’s character. It was a solid performance from Hemsworth in a film that was not particularly well-received.

Hemsworth has played the Norse god Thor in two solo films and three “Avengers” films. He will reprise the role again in “Thor: Ragnarok”, set for release in November 2017. Hemsworth has been terrific in the role, and he is one of the main reasons why the “Thor” films have been successful.

In Thor, Hemsworth goes buff! full buff, he even posted his training schedule.

Hemsworth starred alongside Kristen Connolly, Fran Kranz, and Jesse Williams in this Joss Whedon-directed horror film about a group of friends who find themselves in a nightmarish situation. Hemsworth played Ian, the boyfriend of Connolly’s character. It was a small but key role, and Hemsworth did a great job with it.

For this movie, our boy Chris just stayed fit.

Although the effects used to create the Fat Thor look were all-natural, as revealed in the Endgame behind-the-scenes looks, Hemsworth did not need to gain weight for the role. The actor recalled that his character originally wore a fat suit that weighed 60 and 70 pounds before donning the layers of clothing he eventually did, especially during the final battle when he wore his battle armor. To make his cheeks look fuller, Hemsworth also had to stuff them; this, it seems, caused a slight change in his voice, which he didn’t mind and, in hindsight, was hardly audible. Hemsworth changed his hairstyle and beard to finish the look. The Australian actor didn’t watch that wearing the fat suit during filming limited his mobility and added to the discomfort of carrying all that extra weight from the lawsuit, as his Endgame co-stars Paul Rudd and Tessa Thompson revealed. He was eager to adopt a new persona because it would change his character.

Rush is a biographical Formula 1 movie that was also directed by Ron Howard. It shows the rivalry between British driver James Hunt and Austrian driver Niki Lauda from the 1970s to 1976 races. The film’s star, Chris Hemsworth, portrays James Hunt with a fantastic performance that captures the character’s ambition and drive for success. Many viewers agree that his and his co-star Daniel Bruhl did a fantastic job of portraying these motorsport heroes and that the movie is moving as a result of these performances and easily relatable to many real-life struggles.

Thor: Ragnarok, the third installment in the Thor movie series, was directed by Taika Waititi and featured a version of Thor who was without his hammer Mjolnir and had to travel from the other side of the universe to save Asgard from his sister Hela. Fans got to see a new side of Chris Hemsworth’s Thor thanks to the new director, who gave the role a more comedic emphasis. 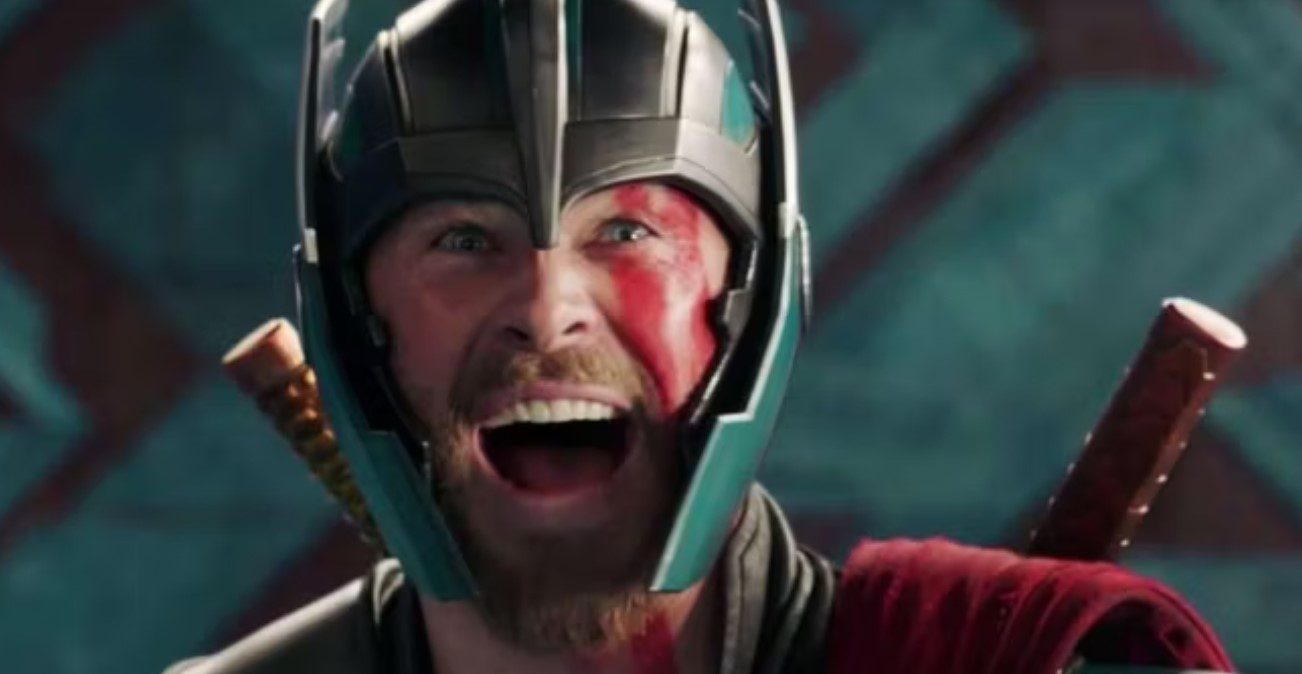 The most buffed version of Hemsworth in film

Those are Hemsworth’s most important transformations. I hope you liked that rundown. Thanks for your attention. See you next time in Otakukart.

Also Read: The Lord Of The Rings: The Return Of The King Ending Explained