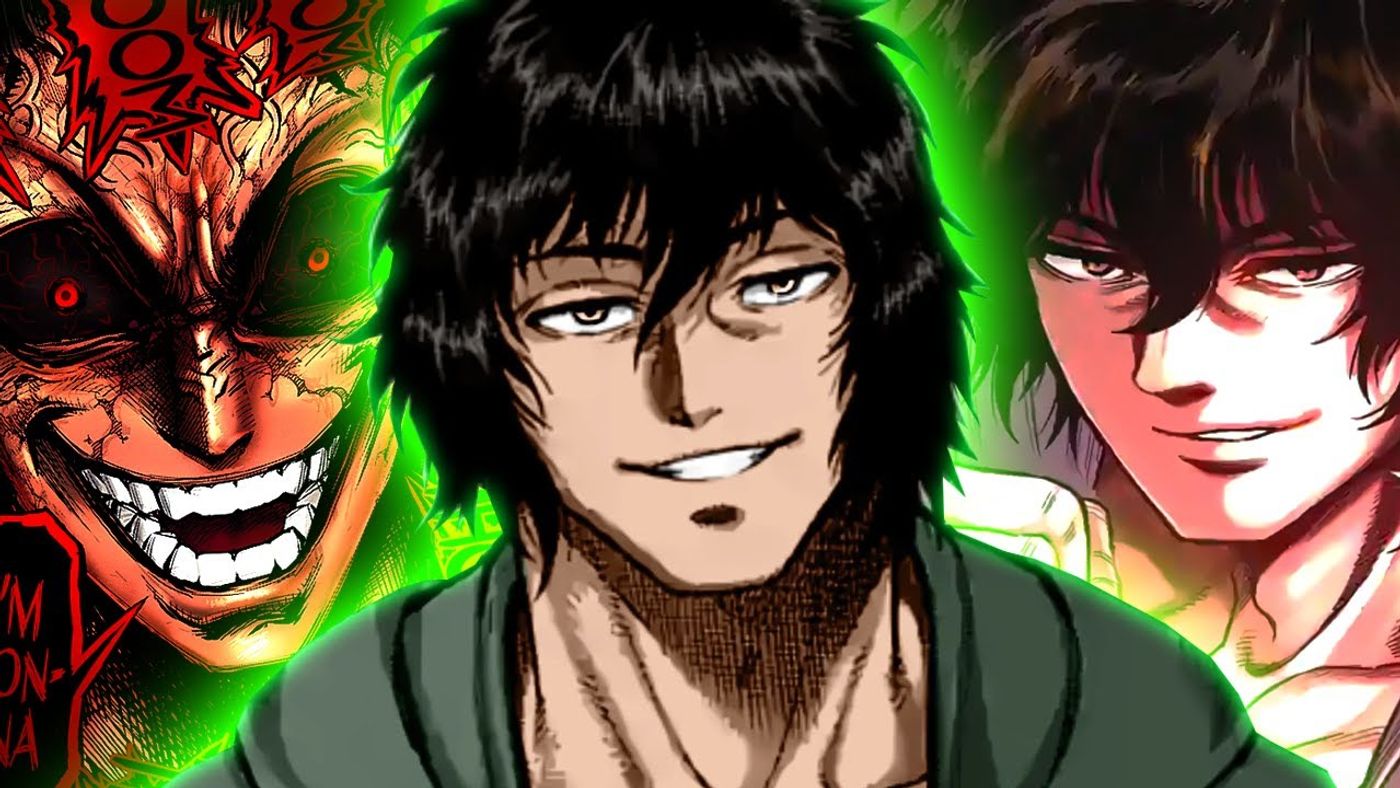 In Chapter 165, Kiryu explains to Ryuki the reason why he lost his previous match. Ryuki’s fighting style is most suited for killing and assassination, whereas such friendly tournaments require endurance. In simple words, killing is like a 100-meter sprint, whereas a tournament is like a marathon. Right now, Ryuki is about to fight his second opponent, Chiba. If he loses this time, it’s all over for him. We will find out what happens next in Kengan Omega Chapter 166.

Meanwhile, Koga is up for his second match too. Aki Saito is far more potent compared to his previous opponent. If Koga gets carried away by his overconfidence, nothing can stop him from his first defeat. However, Ohma seems to have complete faith in him, rather, he is more concerned about Ryuki’s downfall. Can the Dragon King bounce back? We bring you the latest chapter updates of Kengan Omega manga.

Kengan Omega Chapter 166 will take us to the fight between Gaoh Ryuki and Chiba Takayuki. It’s a do-or-die match for Ryuki, upon which the fate of his fighting career depends. We can hope that he has learned some lessons from his first match and won’t be repeating the same mistakes. In the previous chapter, Ohma was seen holding Ryuki by his collar. He better live up to everyone’s expectations, otherwise, Ohma will beat him down to a pulp. 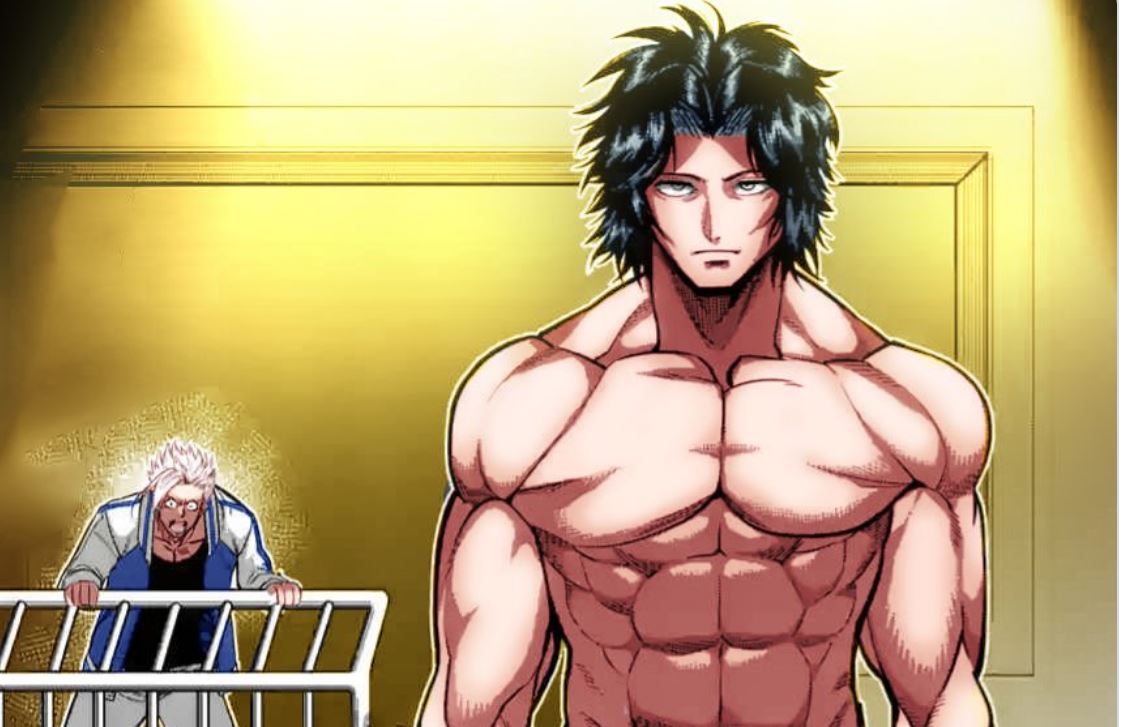 Gaoh Ryuki has improved a lot

Meanwhile, Koga is up against Aki Saito, and we have little to no intel about his fighting style. Koga mustn’t drop his guard because, who knows, this mysterious fighter may turn out to be a Worm member. These are nothing but mere speculations. The raw scans and spoilers of Kengan Omega Ch 166 aren’t out yet. They generally surface 2-3 hours before the chapter’s official release.

Chapter 165, Koga ad the other Supernovas come to visit Onoda Ikkai in the hospital. He says that the hospital will release him after a week of bed rest, but his injuries are too serious for him to play the preliminaries. However, he doesn’t regret facing a SAupernova in his first match. He says he always wanted to test his limit against a fellow supernova. Leo suggests that all of them must keep their beautiful friendship aside till the tournament is over. 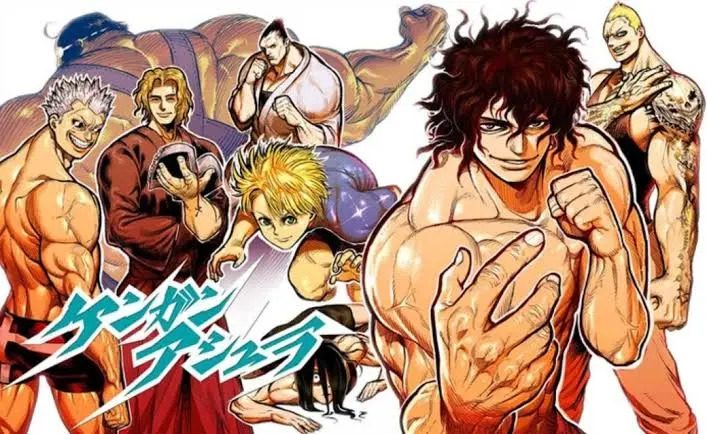 the fighters are preparing for the Berserker Bowl

Meanwhile, Kiryu explains to Ryuki that he lost the previous match because he specialized in the killing. As we know, what requires in killing is speed and efficiency. Everything is over in a blink of an eye. A friendly match, on the other hand, requires endurance. Here, maneuvering and timing make all the difference. As the days go by, Kiryu gradually teaches Ryuki the key to succeeding in the friendly matches.

On the match day, Koga calls Ryuki to wish him luck for the match. Sekibayashi meets Koga just before the match, asking him to avenge Haruo’s shameful defeat by Aki Saito. On the other hand, Ohma is seen holding Ryuki by his collar. He threatens the young fighter about something. The upcoming chapter will most likely reveal why is Ohma so mad at Ryuki. I am guessing that he resorted to some forbidden technique during the match. (Most likely Rakshasha’s palm)

Chapter 166 of Kengan Omega is scheduled to release on Thursday, July 7, 2022. The events of the Berserker Bowl Tournament are about to pick up the pace, so don’t miss out on the new chapters dropped every Thursday or Wednesday.

Where to Read Kengan Omega Chapter 166?

Kengan Omega Ch 166 will be officially released on Comikey’s official website. The chapter will be free to read for the first few hours, but after that, you must switch to a paid subscription to access the entire catalog.