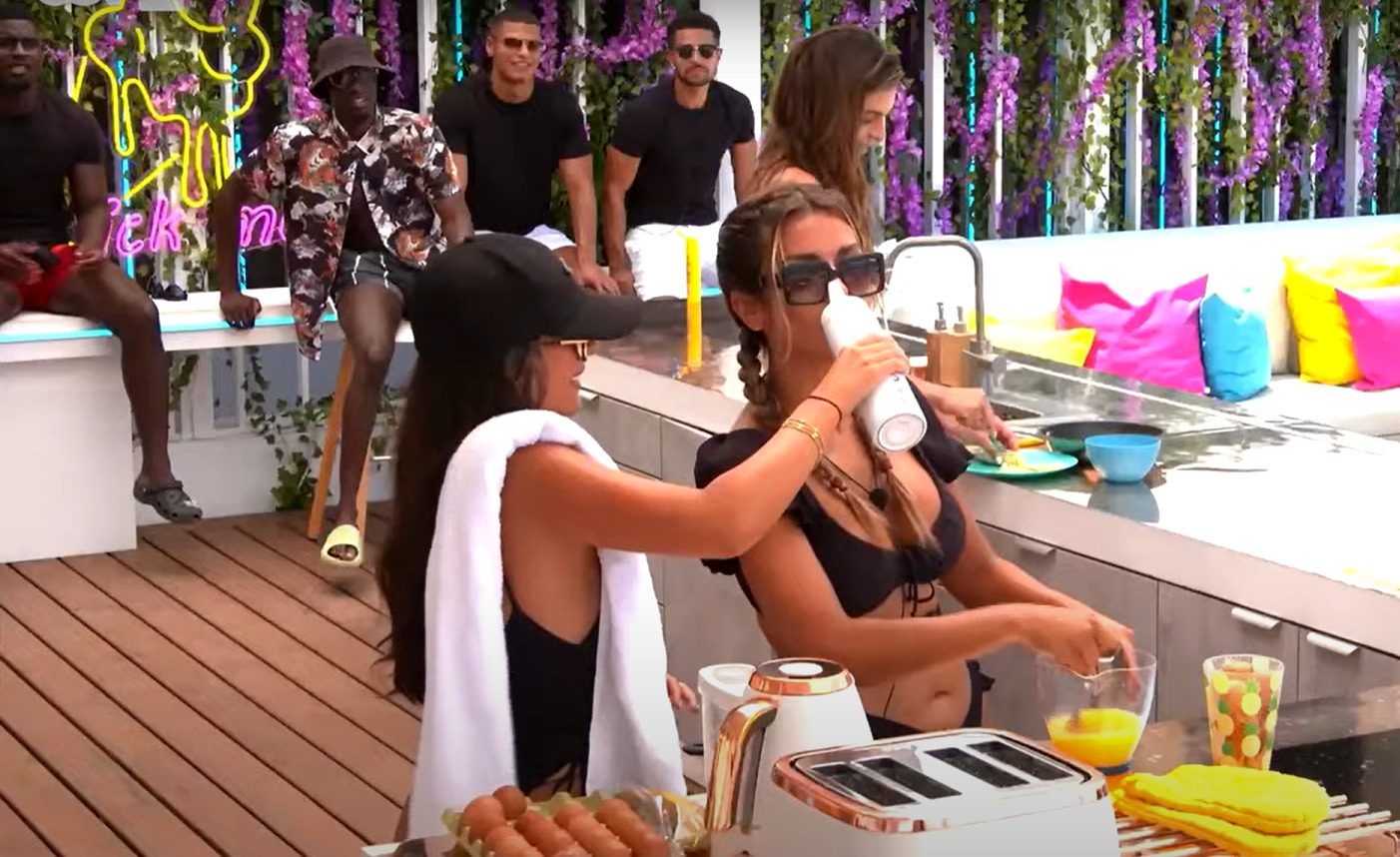 On Love Island Season 8 Episode 47, we will see Nathalia Vs. Ekin-Su. We’ll see some tension between the two at the start of the episode, with Ekin-Su asking her, “Do You Have Any Problem With Me?”. It’s clear they both want to be the “Alpha Girl” of the villa and can’t stand each other. Ekin-Su will then challenge Nathalia in a pancake-making contest. And the winner will get nothing but a temporary sense of winning satisfaction. The good part will come when it is announced that there will be a recouping in the villa, and this time the girls are going to choose.

The four new bombshells continued to get to know the other members of the Love Island 2022 cast in episode 46. Lacey,  Jamie, Reece, and Nathalia, who are new to the villa, were given the opportunity to choose a date, which caused conflict for some of the couples. Some dates went more smoothly than others, with Danica and Deji sharing passionate kisses.

Before diving into Love Island Season 8 Episode 47, let’s quickly do a recap of the previous Episode. In Episode 46, the islanders assembled around the fire pit for a session of truth and dare after exploring the villas. Nathalia Campos was the first to be asked to either complete a dare or honestly respond to a question. She was asked to kiss the three boys she liked the most, and she didn’t waste any time doing so when it came to Adam Collard,  Davide Sanclimenti, and Deji Adeniyi. Deji and Lacey Edwards also exchanged a quick kiss, and Jamie Allen kissed Danica Taylor before getting a very sultry lap dance from her. 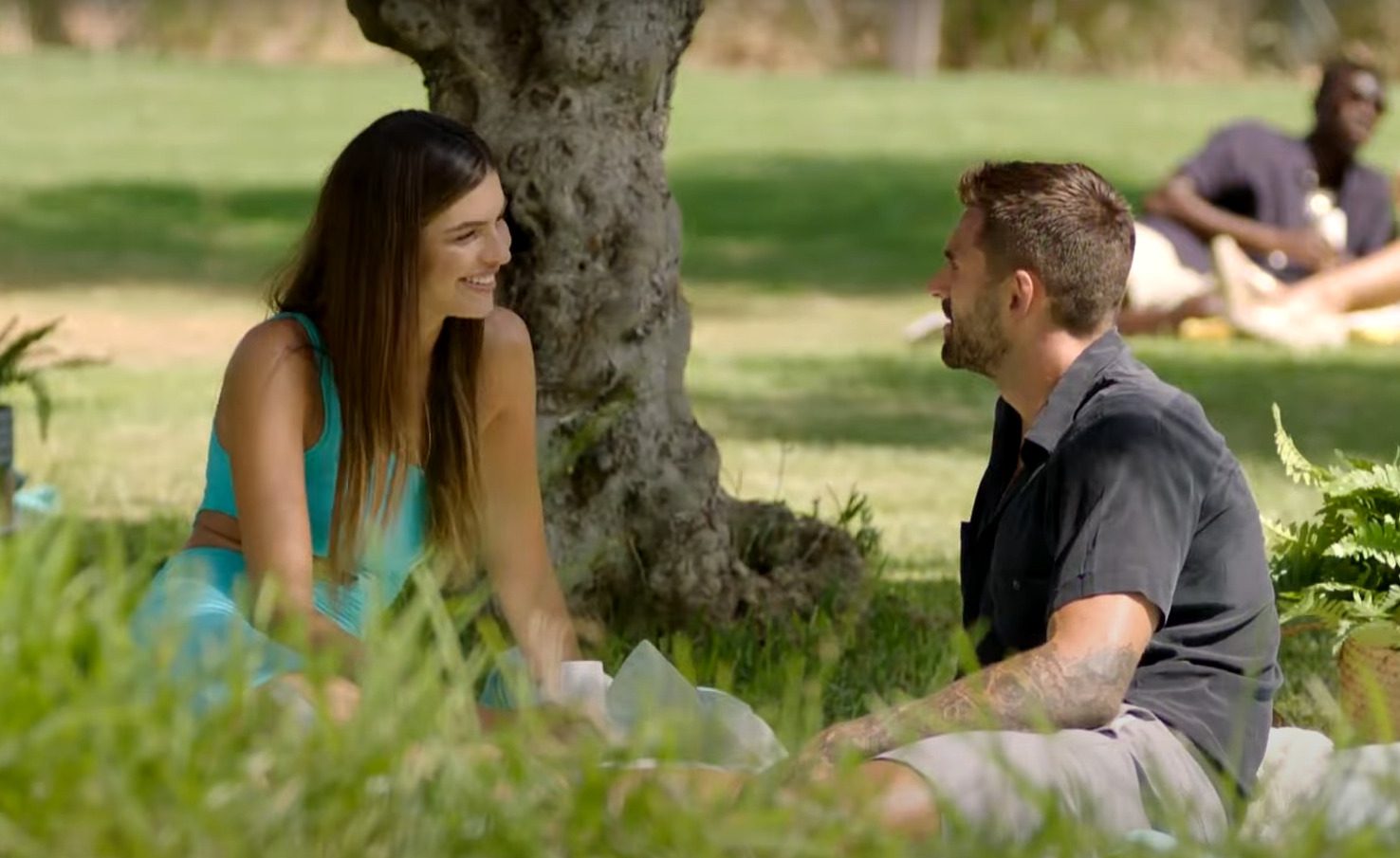 Dami Hope liked kissing Indiyah Polack’s toes as Paige Thorne performed a sensual dance to claim her territory around Adam. When the islanders were chatting after the game, Lacey said she felt bad for Summer, considering how Dami had treated her. As Indiyah talked to Dami in bed that night, the remark slightly irritated her. Nathalia confessed to the other bombshells as they got ready for bed that Ekin-Su Cülcülolu wasn’t as inviting as she expected she would be.

The following morning, the new islanders discussed their plans for the day. Jamie was focused on getting to know Danica, whereas Nathalia talked to Adam, much to Paige’s displeasure. Then a text message came requesting the bombshells to select an islander for a date. Jamie selected Danica, Nathalia requested Adam, Lacey chose a date with Deji in the hopes of getting her to “laugh” once more, and Reece was feeling brave and asked Ekin-Su to go on a picnic with him. The islanders then prepared for their dates and left while admitting their intentions. Now we will discuss when will Episode 47 of Love Island Season 8 will release and what’s the current situation in the villa.

After the most recent dump, Deji and Danica were left alone, but since Jamie, Nathalia, Lacey, and Reece arrived, the number of single people in the villa has increased. While Jamie headed straight for Danica, Reece also sought to get in on Danica’s action. Deji and the new girl Lacey are beginning to explore a romantic relationship. 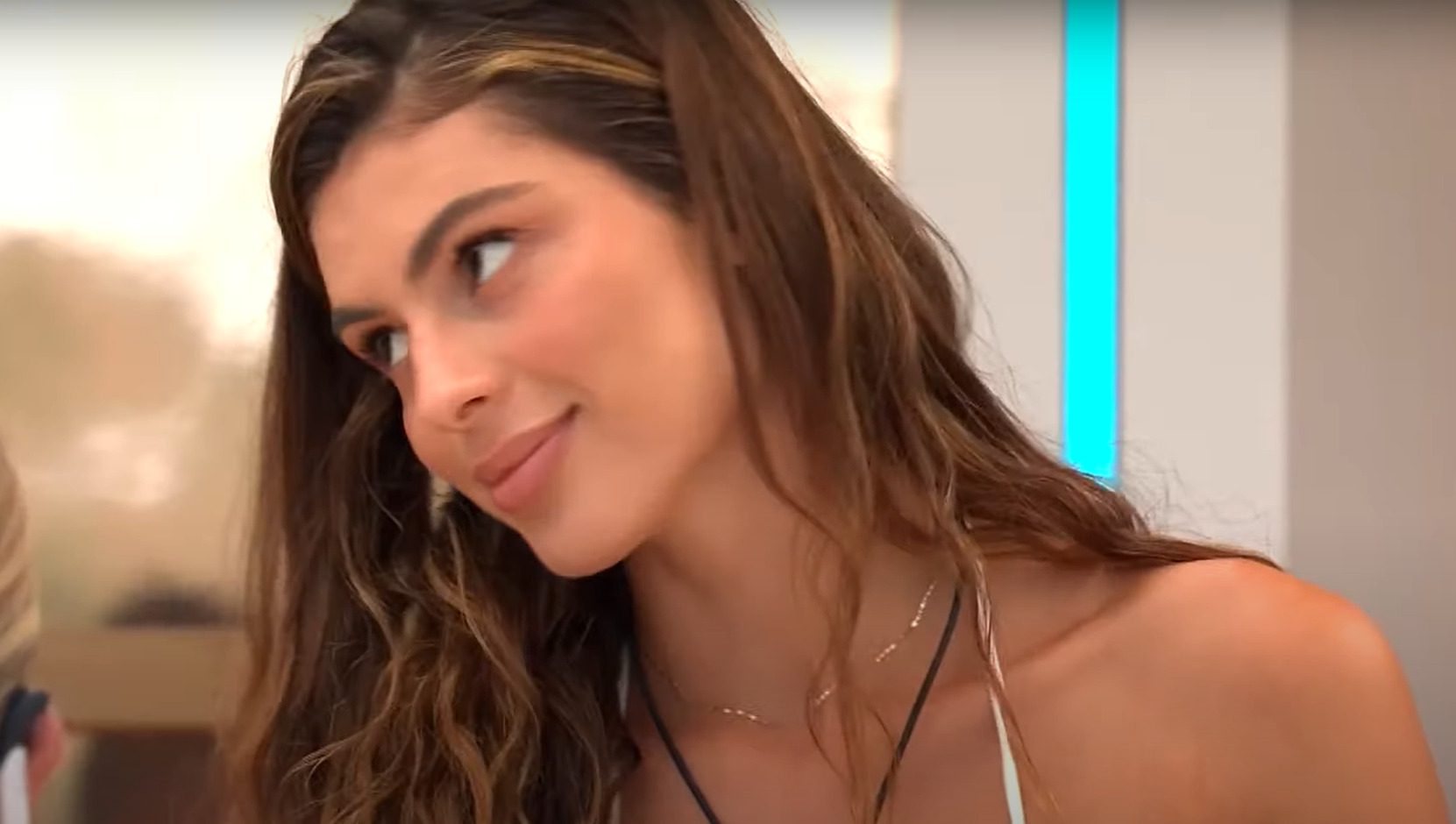 Although Ekin-Su made an effort to let Reece know that she was happy with her boyfriend, Davide and Ekin-Su have remained on excellent terms. However, the new bombshell has made every effort to get to know Ekin-Su. The relationship between Adam and Paige was going well, but Nathalia’s interest in Adam seems to have complicated matters.

Episode 47 of Love Island Season 8 will air at 9 pm GMT on ITV2. If you have ITV2 on your cable pack, then you could just Channel up at the above-mentioned time. But if you missed Love Island S8 E47 for some reason while it was airing or you like to Streaming Love Island, then there are Streaming options available for you. ITVhub+ has been the OG streaming platform for the show. But For, to stream episode 47, you’ll have to wait for a day after episode 47 has aired on TV. There is also an option provided by the platform to stream the show for free, but then you’ll watch those ads. For an ad-free experience, just purchase its subscription. US viewers can watch the show on Hulu.