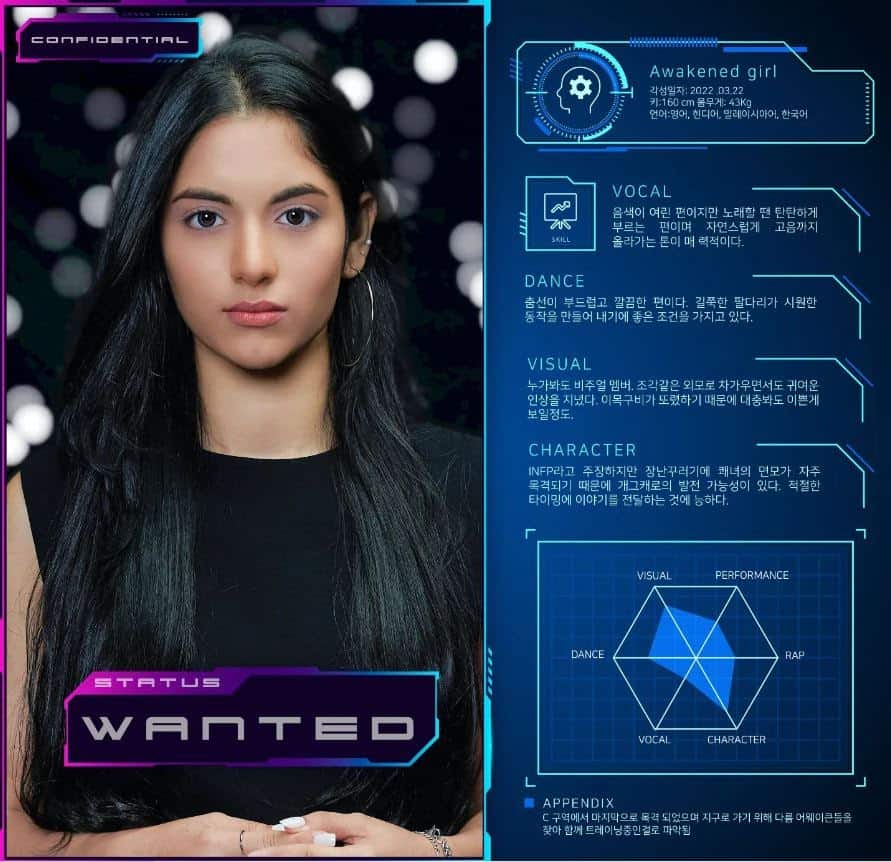 The craze of K-pop is growing all over the world. K-Pop groups like BTS, BLACKPINK, and EXO are already known for their Breathtaking Music and Dance. by getting Inspired by them a lot of people all over want to become like them. The best part is that Companys are nowadays not just taking South Koreans as trainees but also from all over the world.

Usually, Companies held auditions Online or Offline depending on the Company, and select some Applicants to become a trainee under their company and letter on making their debut as K-pop Idols. In this K-pop era, Indias are also Coming forward. Indian artists Priyanka Mazumdar & Siddhant Arora were the ones who stepped in first in the K-Pop Industry.

And after the announcement of Anushka sen K-Drama debut, has now inspired many Indians to step into the K-Pop Industry. and Finally India has got its second K-Pop Idol.

Who is The Second K-Pop Idol From India?

After Sriya Lenka we have got our Second Indian K-Pop idol Aria in the MEP-C K-Pop Group. Her Birth name is Baby Gauthami (കുഞ്ഞ് ഗൗതമി). She was born on March 12, 2003. She is currently only 19 years old and has achieved this Milestone. Aria wanted to become a K-Pop Idol after she listened to BTS and BLACKPINK. She wanted to become like them.

Her preparation started when she started Learning the Korean Language. Along with that, she used to Practice Korean songs. when it comes to dancing he used to dance since she was a kid. then in the hunt for a K-Pop audition, she participated in a Global Audition Conducted by GBK Entertainment.

The announcement of the Audition was released on GBK Entertainment’s Twitter page around early January 2022. There was a total of three rounds in the Audition. Aria joined GBK Entertainment and enrolled in their online training program Universe, which attempts to choose females who might join a prospective girl group in the future.

On November 29, 2022, the identity of the now-known as Aria, one of the five chosen members of GBK’s future girl group MEP-C, was made public. Now is the trainee under the Company but in the coming future audience can expect the Official Announcement from the company.

On April 20, the company released a video on its Twitter as well as On its Youtube Channel that was based on Ukraine and Russia Wars. The song was covered by Girls Universe. They sang the song Heal the World by Michael Jackson. The Cover was started by Aria. When the group will debut is not yet declared by the Company. The group is still in the trainee period. after their training ends the group will debut as the K-Pop Idol.

Also, read HyunA and Dawn’s Break Up: What Happened To The Kpop Stars? 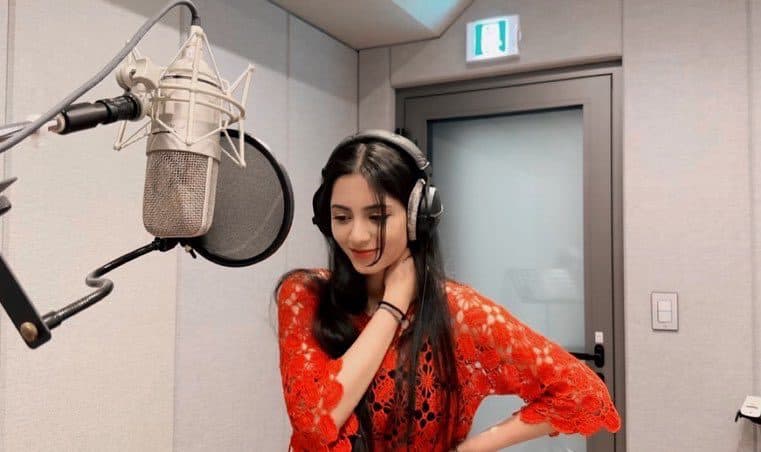 The company currently released every member’s photo on its Twitter Page. Under every member’s profile, Each participant had a graph rating them in six categories. Which are Visual, Performance, Dance, Rap, Vocal, and Character. Aria has received accolades for her acting, performance, and persona but receives very little credit for her singing, rap, and dancing abilities, which are three crucial ones. Nova performed well in the dance and rap categories but just averagely in the others.

The severity of the profiles is drawing more unfavorable attention to the organization, despite the fact that rankings might assist internet users to understand more about the members. The audience does not need to worry as the group is still under the Trainee period in which they’ll be getting lessons in Singing and Dancing.

We can expect Aria to improve in the Vocal Part at the end of her trainee period. as she will be part of the Vocal. after the success of Aria, all the Indians who want to become K-Pop idols have got the motivation. We wish best wishes to Aria for her Upcoming Future as an Idol.

Also, read 10 Kpop Idols Born In September That You Might Know