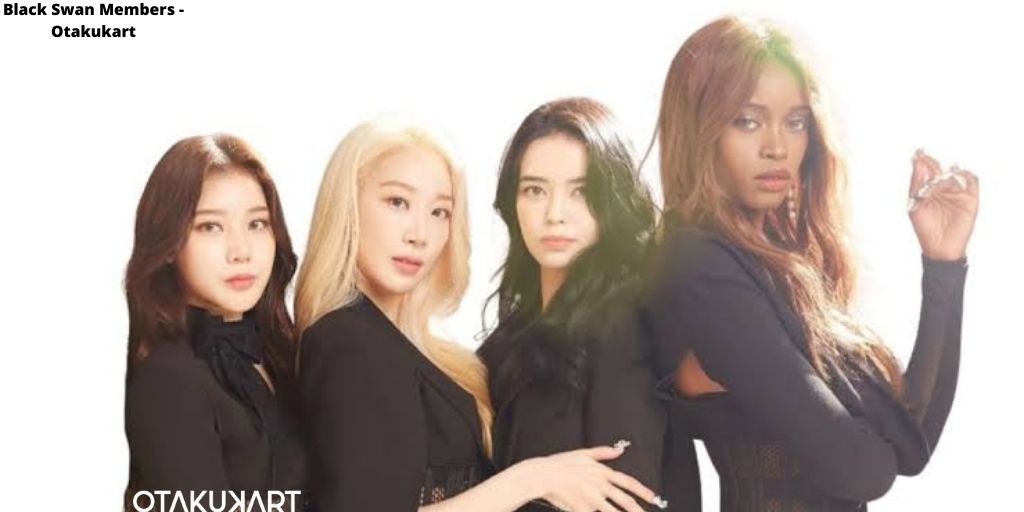 One of the most talked-about K-Pop groups here in India lately has been Blackswan. For the first time, an Indian citizen is going to be a Blackswan member. The girl is called Shreya Lenka. Previously, another project called Z-dream was launched, but the members can’t be called proper idols. They are just winners from certain competitions, and it’s basically a K-pop project, not an idol group. Blackswan has 6 members, and out of them, 4 are from some mixed ethnicity.

Blackswan is a rebranded group. In a way, it’s a global group in terms of its members, but it’s primarily a K-Pop group. It holds its promotional events in South Korea only. The group has seen many ups and downs since its debut. First, covid delayed its much-awaited comeback, and then one of the members got embroiled in a controversy. Now, the final lineup has been decided, and I’ll introduce you to all the Blackswan members.

Blackswan was formerly known as RaNia. It’s a group formed by DR Music. The amount of change in lineups the groups have seen is impressive. RaNia first debuted in 2010, but soon after its debut, viewers felt that the young girls are showcased too provocatively. The producer of the group eventually left in a while, too, stating that the girls are talented and all, but the company is the worst. Over the time period of 2014-20, there have been major changes in the members. In total, 15 members had left the group and the label over this time frame of 6 years.

Finally, in 2020, it was announced that RaNia is getting rebranded and will be renamed Blackswan. But because of the Covid-19 in 2020, their debut kept getting postponed until one of the members who was also a part of RaNia got entangled in a scandal. The group went on another hiatus after the scandal situation. Although the group participated in a travel campaign and were ambassadors of Pyeongchang county, but they didn’t officially debut. In October 2020, the group debuted with their full album, which was called “Goodbye Rania”. 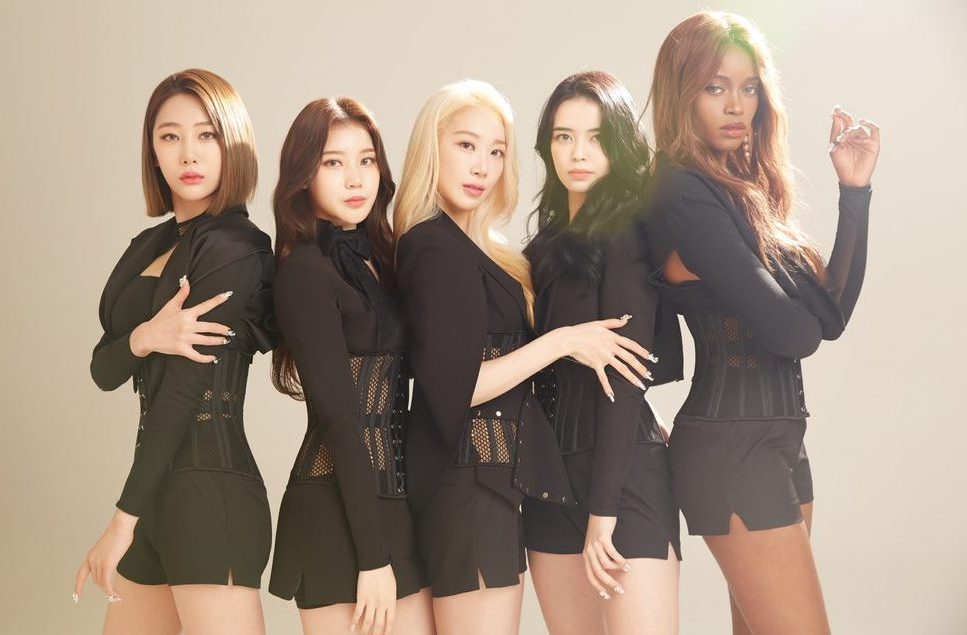 The former lineup of Blackswan

I’d been talking about the previous members of RANIA. Now let’s meet the current members of Blackswan.

Youngheun was born on 20 November 1994. She is the leader and the main vocalist of the group. She is also the oldest member of the group. Her Chinese name happens to be Gao Yang Xin. Before becoming the leader of Blackswan, she was a member of girl groups Stellar and LHEA. Youngheun’s stint in Stellar was longer, for about 7 years. LHEA was very short-lived, as the group never saw the light of the day.

This means that the group never even debuted. But in 2019, Youngheun was revealed as a member of the group RaNia. After most of the members left and the group was rebranded as Blackswan, she was announced as the leader of the group in 2020. She was the second Blackswan member to be revealed to the public. 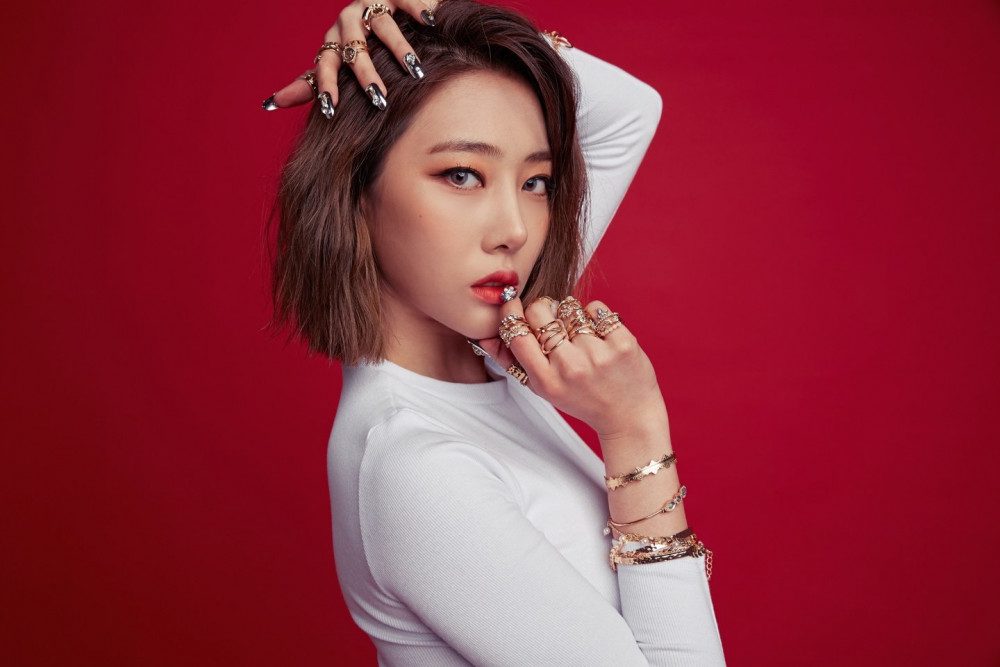 Blackswan member Fatou was born on 23 March 1995. She was born in Yoff, Senegal, but grew up in Belgium. She happens to be the first Senegalese-Belgian idol in the K-pop industry. Fatou is the main rapper and lead dancer among the Blackswan members. You should really listen to Fatou’s raps, they are fire! She was the fourth member to be revealed by the company. She is also fluent in more than 2 languages. These include English, French, German, Dutch, and Korean. Youngheun gave Fatou her Korean name, which is Kim Fatou. Although her full name is Samba Fatou Diouf. Fatou also claims that Girls’ Generation is her idol. She truly has great taste! Before her outing as a K-pop idol, she was a model under Cineline Entertainment. 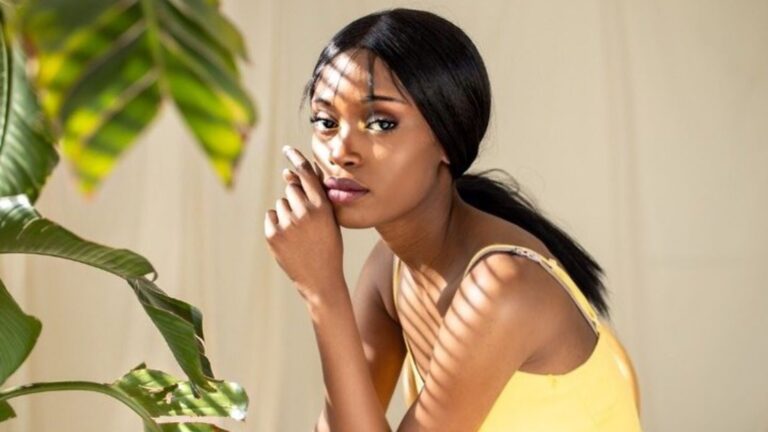 Judy was born on 16 May 1995. Her given name is Kim Dahye. She was the last member to be revealed during the 2020s final lineup of Blackswan members. Judy is a DR Entertainment trainee since 2020. Before her debut, she was part of the popular 1MILLION dancers. 1MILLION dance studio is a very popular dance venture in South Korea. Many of the choreographers of 1MILLION are choreographers of popular idol groups. She was also a part of the dance team, Crew One. 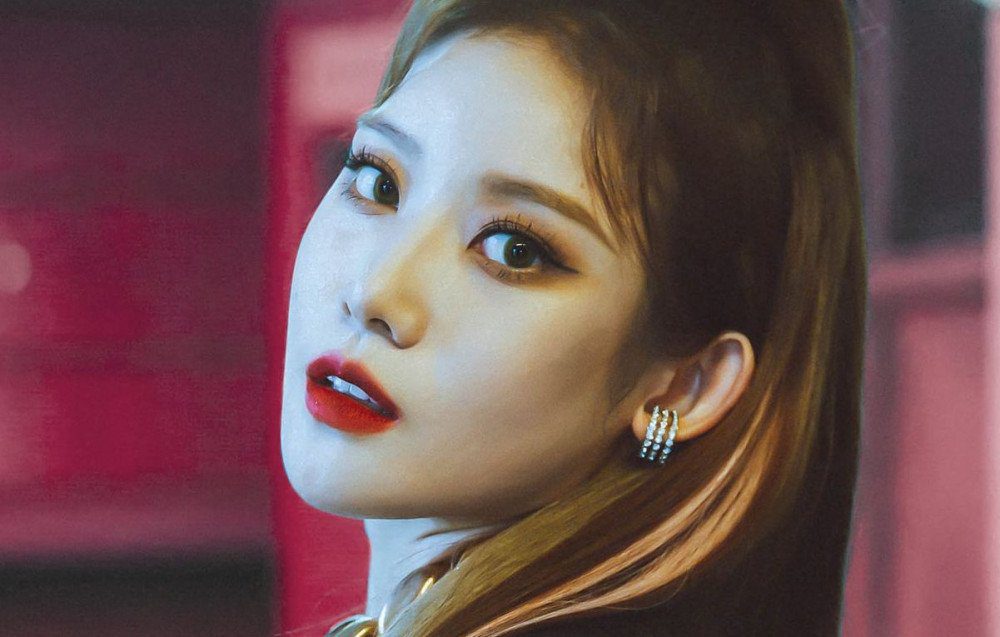 There is a very funny backstory behind her stage name. Her name Judy is taken from the Zootopia’s character of the bunny police Judy Hopps. I mean, if that isn’t cute, I don’t know what is. She even expresses herself as a rabbit in handwritten letters. She clearly loves bunnies a lot. Judy and her sister also have a clothing brand together called Meet Me.

Leia was born on 14 May 2001. She was formerly known as Larissa. Her given name is Ayumi Sakata, but she also uses the name Larissa Cartes. She is the visual of Blackswan and also the lead rapper. She was born in Brazil to a Brazilian mother and Japanese father. Hence, this makes her culturally very diverse. In 2019, she was announced as a member of RaNia, under the stage name Larissa. In July 2020, though, she was revealed as the third Blackswan member. Leia used to train at Pledis Entertainment with Pristin members. She considers members of Blackpink as her role models. As stated by Youngheun, Leia’s Korean name is Park Leia. 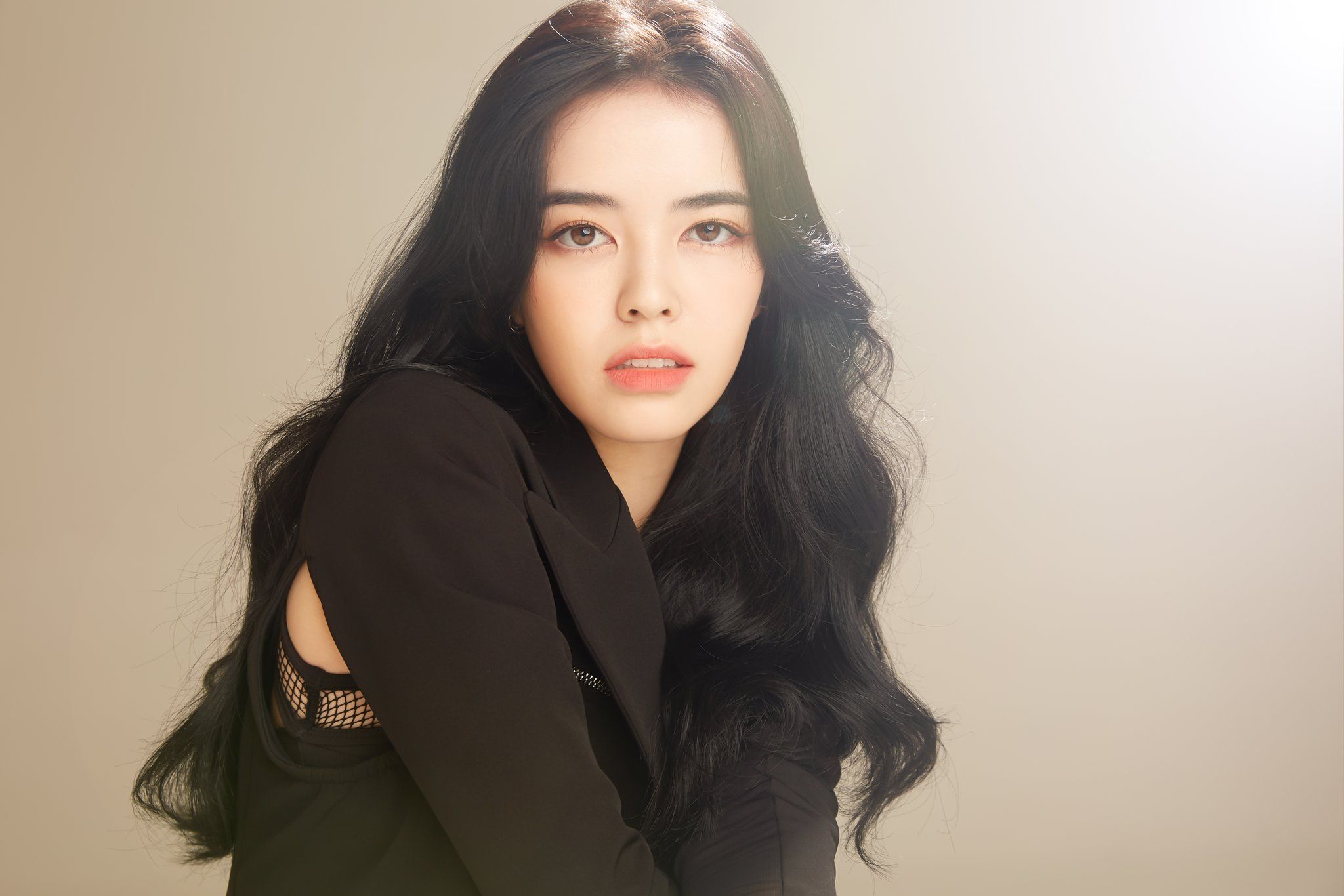 Leia also has a movie backstory for her stage name. Her name Leia is a reference to the popular Star Wars character Princess Leia. She has revealed that as a child, she used to watch Star Wars a lot with her father, as it was his favorite film franchise.

Gabi was born on 11 July 2002. Her real name is Gabriela Strassburger Dalcin. She is of the Brazilian-Dutch ethnicity. She’s a dancer in 1MILLION. Further, she was a part of the dance group “Queen of Revolution”. Her specialty includes urban dancing style. She says that if anyone wants to make her happy, offer her food. Gabi is one of the more recent members of Blackswan. In fact, her news of debut came just a week ago. Her favorite groups include Oh My Girl and TWICE. Gabi was actually a part of the 6-month trainee project called Cygnus. 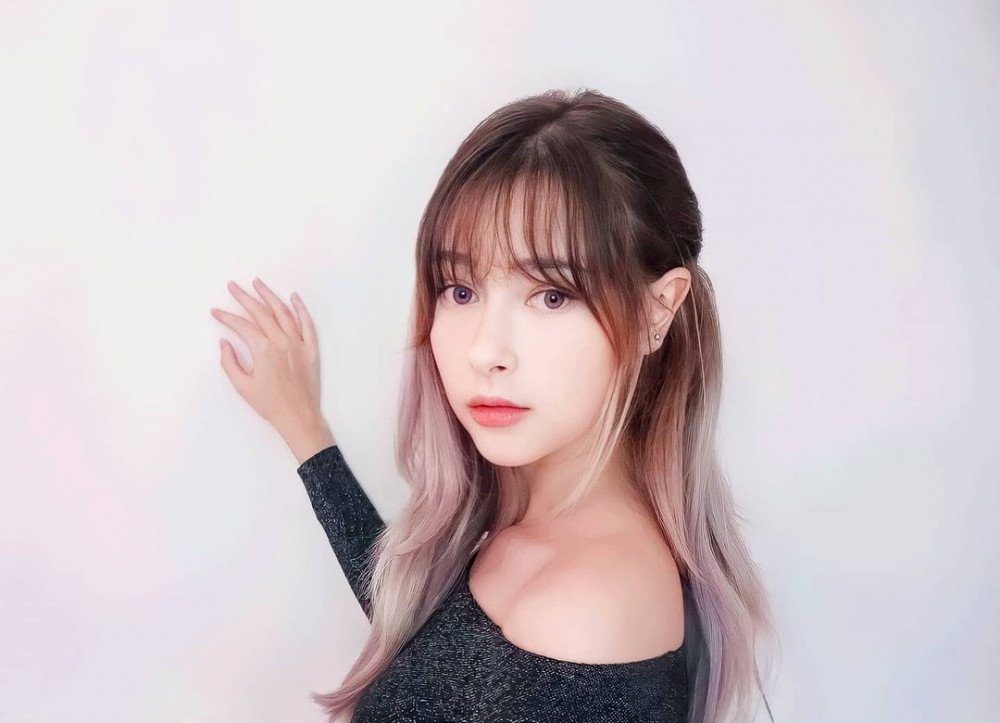 Shreya was born on 15 September 2003. Her given name is Shreya Lenka. Shreya is from an Indian state called Odisha. She is the first Indian idol in the K-pop industry. Shreya is the maknae of the group, and her specialty lies in dancing. Credits could be given to her dance training. She has been training in the Odissi dance form for a long time. Apart from it, she also trained herself in contemporary dance.

During covid, when auditions for DR Music began, Sriya had no choice but to practice by herself. After she ranked 19 in the auditions, she realized she has to work harder if she wanted to have the top position for herself. Sriya and Gabi were selected from the 4000 applicants after they trained at the 6-month trainee project with Cygnus. 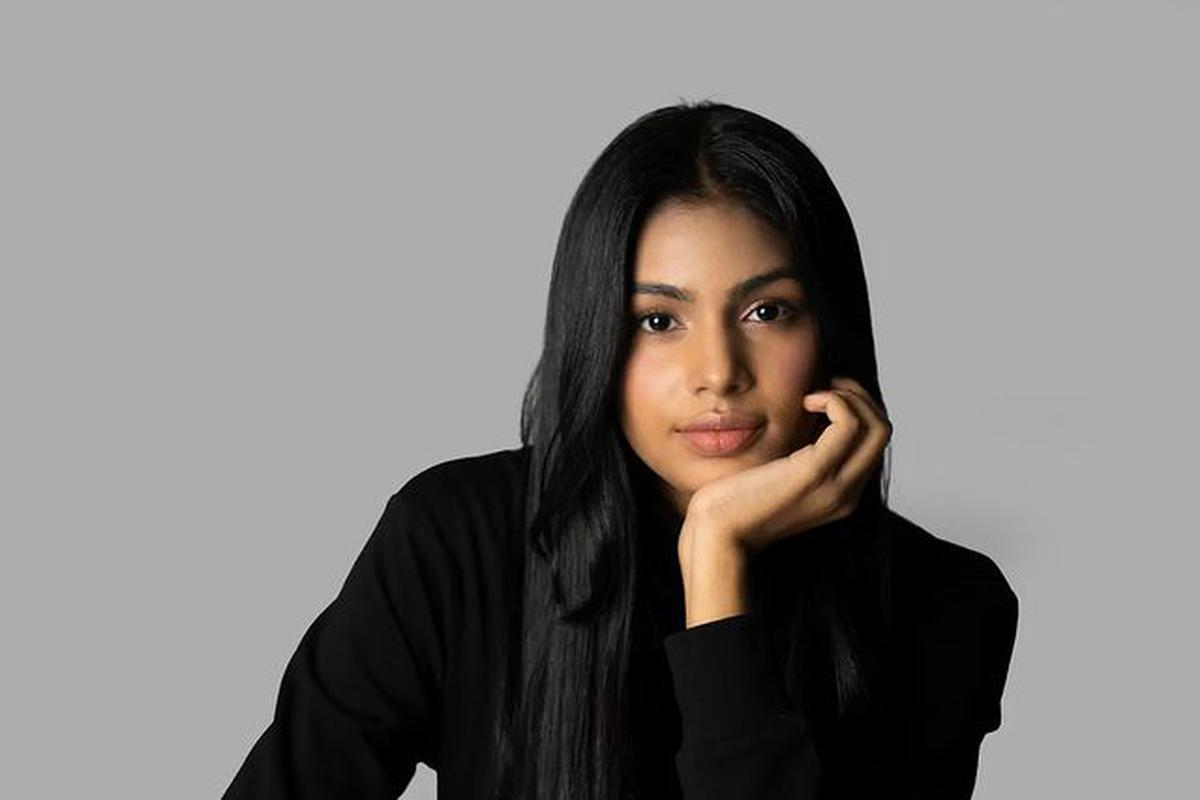 Shreya and Gabi were selected after member Hyeme left in 2020.

Hyeme, born on 22 December 1995, is a former member of Blackswan. Her given name is Kim Hyemi. She used to model for Maxim Korea. Hyeme was a part of RaNia. She joined RaNia at its conception in 2015 till the time it disbanded in 2020. After RaNia disbanded, the group was rebranded as Blackswan. Hyeme was the first member revealed to be a part of the new group. She was the one who announced the rebranding of the group in the first place.

However, in November 2020, it was revealed that Hyeme was involved in a scamming scandal. She had allegedly scammed a friend of 50 million won. The next day, DR Music announced that Hyeme is leaving Blackswan following the termination of her 5-year contract. The company also announced that Blackswan would be going on a hiatus because of the scandal.