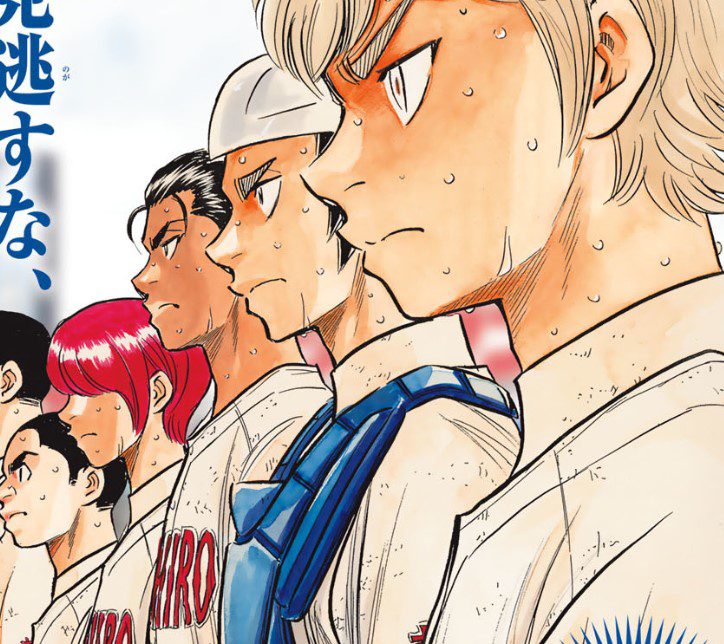 Diamond no Ace – Act II Chapter 302 reveals Itsuki’s resolve as he tries to cover for his teammate Inajitsu. This happened after a long battle between the two teams as both sides realized that they could afford to lose a single point. Sawamura and Miyuki are the most feared guys in this game, and their opponents know that the two can change this game at any time. The likes of Itsuki have to devise a plan to foil Sawamura and Miyuki’s dominance. This is one of the best matches between Sawamura and Miyuki since they are ready to show their opponent what they are capable of.

We saw one of the greatest historic matches in the previous meeting between these two teams. Eujin also tries to get points for his team, which results in batters getting reduced in numbers to 5, 6, and 7. As the current matches continue, Naruyimi is on the bat and gets ready to put on a great show. The chapter begins with Narumiya batting, and he connects while sending the ball flying as he tries to earn points for his team. He proves to be a threat t to the team, but the players from the other team have prepared to face him. After Narumi connects, the ball goes to the right field, but Shirsu is on his way.

This made the spectator go wild, and fans from both teams cheered for their favorite teams as they motivated players to do their best. However, this match will reveal the true potential of Itsuki, who is getting ready as he analyses the game and has noticed something about his opponents. Sawamura, Miyuki, and other team players also had plans, and they knew what they would do if their opponents tried to trick them during the game to confuse them. Let’s find out what Mei, Itsuki, and Inajitsu will do as the game continues.

The chapter is titled “The Power Of Love.” Mei also manages to send a good hit to RF, which forces Shirasu to chase it, and it hits, but it ends up hitting the fence ledge. However, the shot was not an HR but instead a Double. Mei managed to reach 2nd, but he got furious after realizing that his shot was going out. Inajitsu dugout was angry, but later they got excited. Itsuki, as he gets his chance to bat, and would they sing Harada’s walk-up song, “African Symphony.” 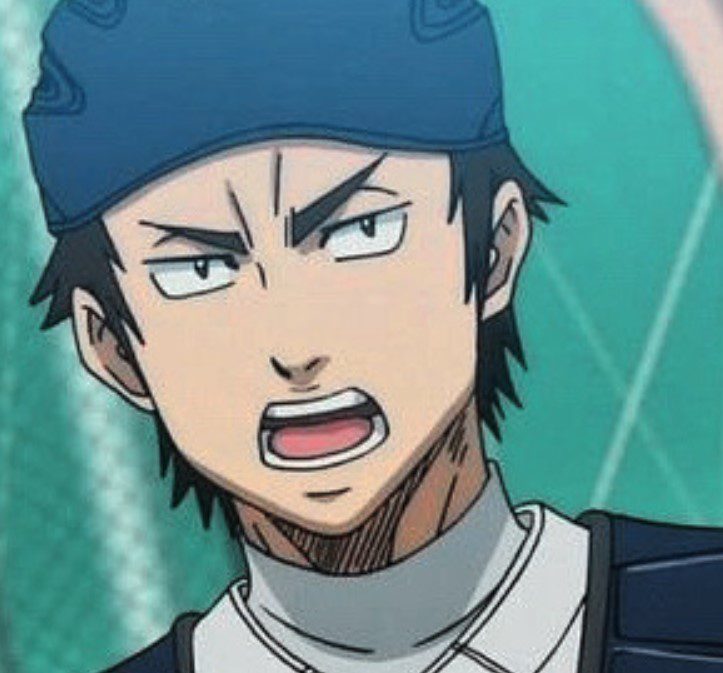 They cheer for Inajitsu, and Miyuki realizes something and says that the atmosphere is similar as he thinks he realizes that it is like that of the Ugumori game. Miyuki communicates with Sawamura, who realizes what Miyuki is signaling him. The due has realized that “let’s shut them up,” this makes Sawamura happy, and he replies to Miyuki using his smile, showing the game is on. Both teams get ready, and they prepare to show which team is the best. Itsuki shows a new move and then takes a bunt stance as he is ready to bat.

However, his first pitch was a Cutter, and Itsuki bunts it fouled. Itsuki took another bating stance preparing g to hit the next pitch, but the 2nd pitch was a Splitter, and they thought it was a ball. Itsuki realizes that he has to cover up for Inajitsu since he can let Inajitsu’s effort be in vain. But Sawamura pitches a Cutter which surprises Itsuki, who is jammed, and sends it to Center field. Toujou failed to catch it and dropped, making Tadano run while pointing fist pumps in the air. Mei also sees his chance and begins to run. 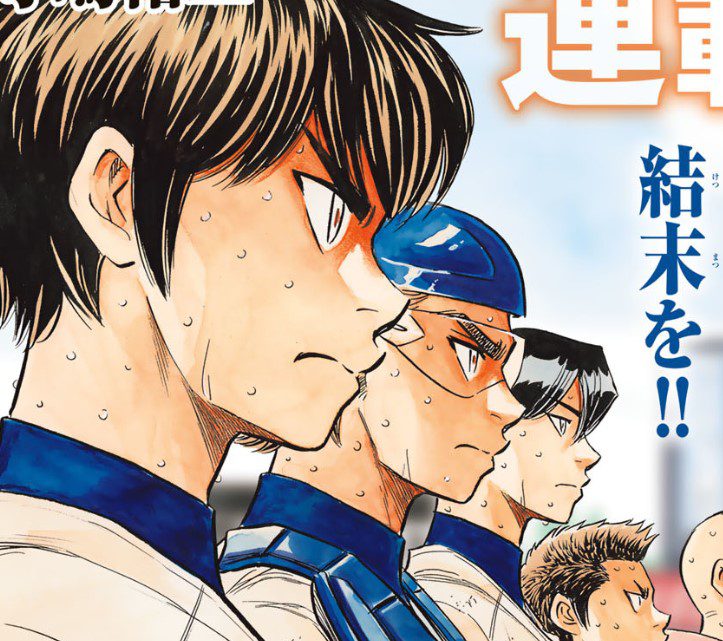