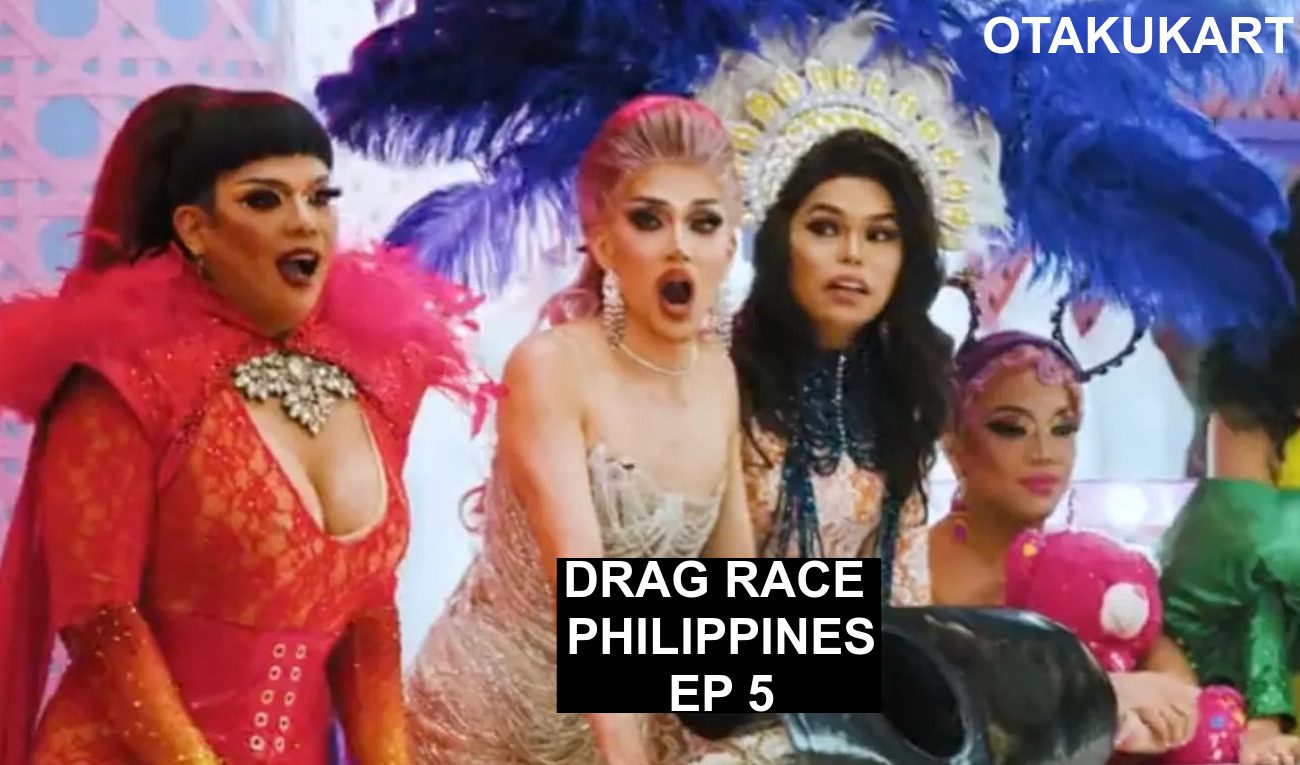 Finally, “Drag Race Philippines” has arrived! The launch of this reality competition was highly anticipated. Yes, you guessed it right! It is a RuPaul’s Drag Race spin-off. And within hours of its release, the show quickly became one of the top trending topics on Philippine Twitter. The show, hosted by Paolo Ballesteros, will feature 12 queens competing to be named the first-ever Drag Superstar of the Philippines. The winner will receive prize money and a year’s worth of Patrick Star’s ONE/SIZE beauty cosmetics.

Before we continue, let’s fill in for those who missed the last episode. “Drag Race Philippines Episode 4”. In the show’s first task, the queens compete in a traditional Filipino game called 10/20 with the Chinese garter. They form teams of three among themselves. Brigiding’s and Turing’s teams triumphed after a well-played game of 10/20 that featured some fantastic cartwheeling work. Overall champion Eva’s squad took home a P20,000 cash prize.

Our queens channel the legendary ladies of OPM for our superstar guest judge @reginevalcasid in the #DragRacePH OPM Divas Rusical! 🎶

Regine Alcasid was the star judge. The week’s maxi-challenge, a ‘Rusical’ in which the queens must channel a Filipino diva given to them, is then announced by host Paolo Ballesteros. However, Precious ultimately triumphs in the maxi-challenge, taking home P80,000 and earning her first Ru badge. Turing and Morgana were forced to perform in a lip-sync battle as they landed in the ‘bottom two.’ Mamwa Pao calls on Lady Morgana and gives her the shantay following the lip-sync. Turing is ultimately eliminated from the competition and says goodbye to the show.

So when is Drag race Philippines Episode 5 releasing? Dig in to find out.

“Drag Race Philippines Episode 5” will kick off with a Mini-Challenge with the theme of “Reading Is Fundamental.” It will be followed by another segment called “Rusical.” In a Rusical, the drag queens pay tribute to iconic female personalities in every episode. And this time, they will pay homage to the “Pinay Divas.” The female contemporary quartet, Pinay Diva, founded in May 1993 by Maylene Briones, Irma Santos, Angelica, and Jocelyn Enriquez, is considered iconic in the Philippines’ music industry. Precious is expected to win this round.

Brigiding will be one of the divas in the bottom two. The bottom two will be competing against each other in a lip-sync battle. The song for lip-sync battle song will be Lip-sync Song-“Shine” by Regine Velasquez. People expect either Marina Summers or Precious Paula Nicole to win the show’s title. The second runner-up will either be Eva Le or Xilhouette Queen. Well, who is going to be the winner is still debatable.

What is not debatable is the show’s promise of pure entertainment. Readers should note that the show’s winner predictions are primarily based on the drag queens’ previous performances and the audience’s preferences.

Viewers might want to know about Drag Race Philippines’ certification before watching it with their kids. So, here it is. “Drag Race Philippines” has received an 18+ certificate in Australia. And for Canada, the Philippines, and the US, it is 13+. R-13 and TV-14, respectively. So, kids below 13–14 years of age need an adult companion while watching.

So update your calendars, and don’t forget to watch “Drag Race Philippines Episode 5”.