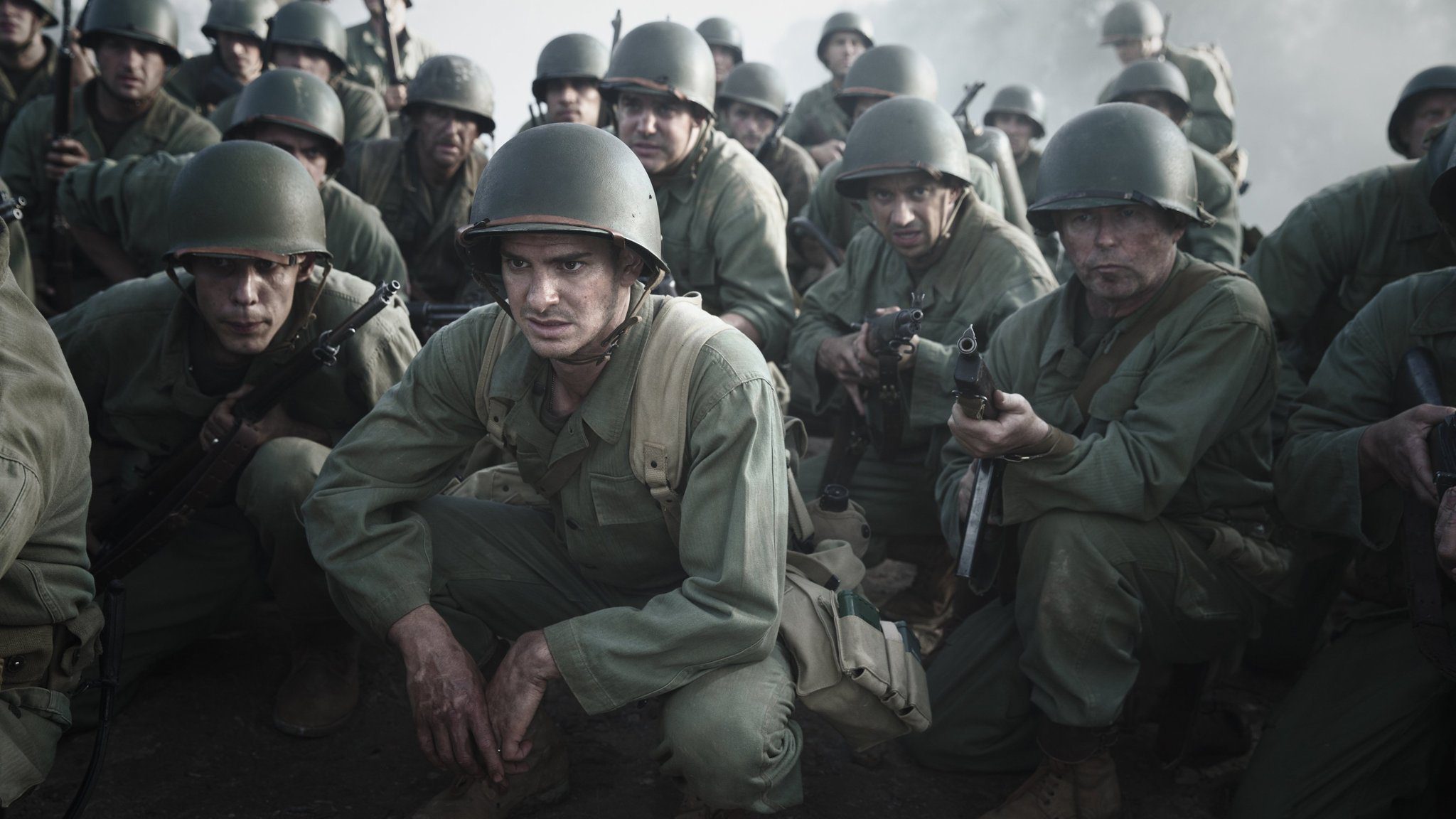 This film made headlines upon its release, but fans are still searching about where to watch Hacksaw Ridge. The movie was released in 2016. It has the elements of war and is shown in a biographical format. Mel Gibson has directed the project. The plot is inspired by a documentary that was released in 2004. It was called The Conscientious Objector.

The story is all about the personal life of Desmond Doss. He was an American pacifist combat medic. The timeline of the story is set during the second world war. Doss used to be a Christian who refused to use a weapon or firearm of any sort at all, even when he was in the middle of a war. He ultimately became the first of his kind to be awarded a medal of honor. He showed excellent skills during the Battle of Okinawa.

As for the cast in this film, we see actor Andrew Garfield starring in the lead role of Desmond Doss. Then we have Sam Worthington enacting the character of Captain Jack Glover. Luke Bracey does the part of Smitty. The film can be dubbed a box office success. It was made on an initial budget of 40 million dollars. Upon its release in the theatres, the film garnered more than 180 million from around the world. The story begins in 1925 in Lynchburg, Virginia. There is a small Desmond with his brothers who nearly kills them while playing with roughhousing.

This event shakes him to his core, and along with a Seventh Day Adventist mindset, we see the belief that Desmond develops within himself. He promises to himself that he will never kill a soul in his life. Before going to the battlefield, Desmond strikes a romantic relationship with a nurse named Dorothy. The two meet at the hospital. Hereby, it is revealed that Doss has an interest in medical work. When the war started after the Japanese Attacks on Pearl Harbor, the United States also entered the second world war. 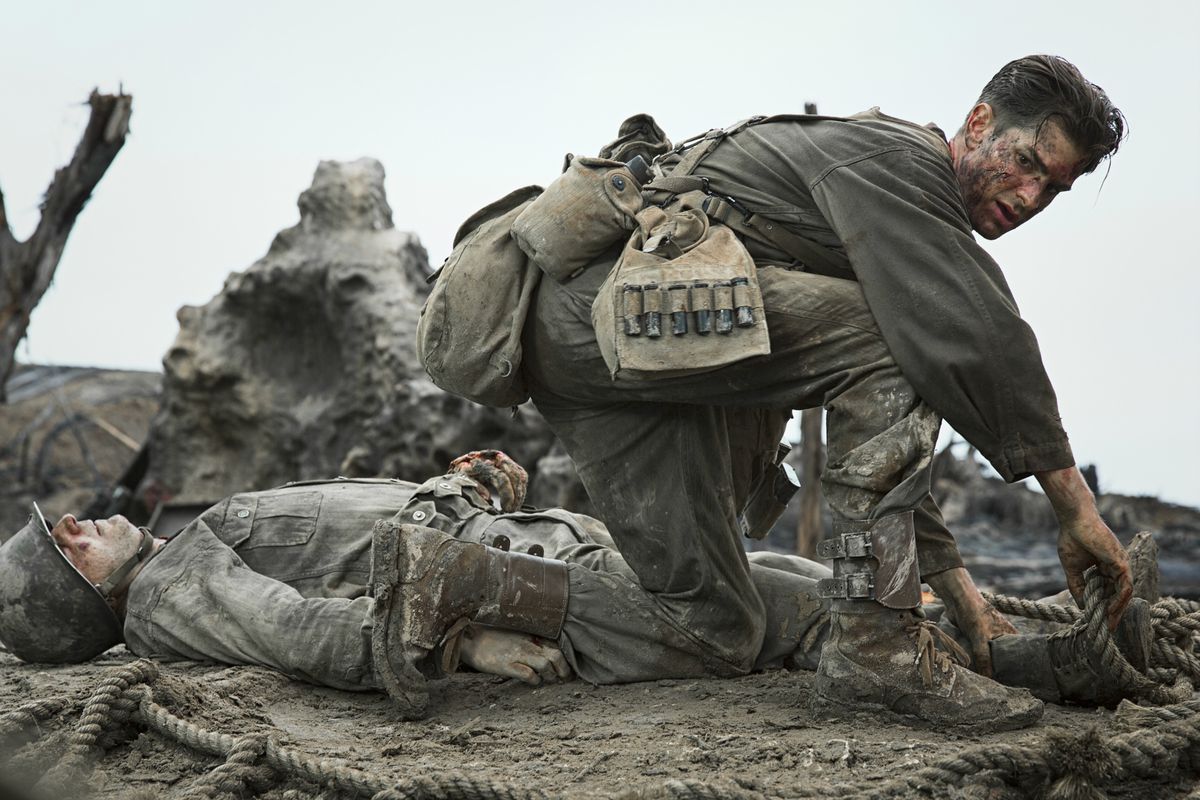 A still of Andrew Garfield as Doss from Hacksaw Ridge

Where to Watch Hacksaw Ridge Online in 2022?

Hacksaw Ridge is currently available to watch on Amazon Prime Video in selected regions. In order to check if you are eligible, click here. The platform costs 8.99 dollars a month. This basic plan includes all the content in the library of Amazon. Then we have the higher version plan, which is slated at 14.99 dollars. This plan also comes along with an Amazon membership.

Hacksaw Ridge can be watched through on-demand platforms. Amazon provides a facility for that as well. In order to rent the film, you will only have to pay 3.49 dollars. Once you have rented the video, users will have 30 days to start watching. Once they have started viewing, there will be 48 hours to watch the film. If you do not wish to have a time constraint, I suggest you buy the movie. It is available for just 6.99 dollars.

The film is not available to watch on Netflix right now. It surely once was until February of 2022 but got taken down in March. We can look out for its release back on the platform. As soon as Netflix renews the license for the film, it will be available once again.

Doss enlists himself in the United States Army in order to serve as a medic. Well, this decision is not approved by his father at all. Tom Doss was a veteran of the First World War who took up arms and fought valiantly. After seeing his son join the medics force, he gets disappointed. Before Desmond leaves for his posting, he proposes to Dorothy to get married. She accepts the offer, and Doss rides off. He is placed in basic training at first.

When it comes to physical training, Doss excels in everything. Although, when the time comes to practice shooting and take up rifles, he solely refuses to do so. This makes the word about him spread like wildfire. The captain and Howell try to dismiss Doss from the military base. They attempt to use psychiatric reasons under Section 8. Although, his religious beliefs are not a mental illness, and thus Doss prevails.

Also read: How To Watch Zombies 3 For Free? Streaming Details of The Disney+ Original Movie