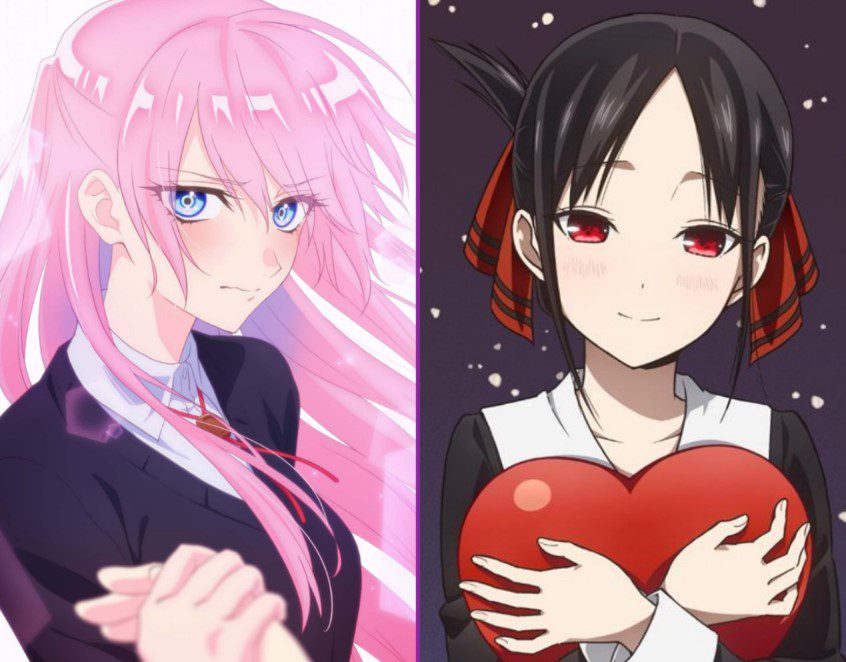 Feel Good Romance Manga is a manga that makes the readers or fans feel pleased and worthy of being read in 2022. Fell Good Romance Manga includes the best romantic comedy moments that are interesting, and we will cover all types of romantic manga that you will like in the list below. Romance manga has gained popularity since they are aging well, and they are one of the most discussed topics on the internet.

Kouguu No Omega is the newest romance manga that begins in 2022, and it is worthy for you to read. This manga will take you into an amazing world filled with romance. We have decided to talk about the newest hot manga that you will experience new things. This romance has more than six chapters that are interesting to read. 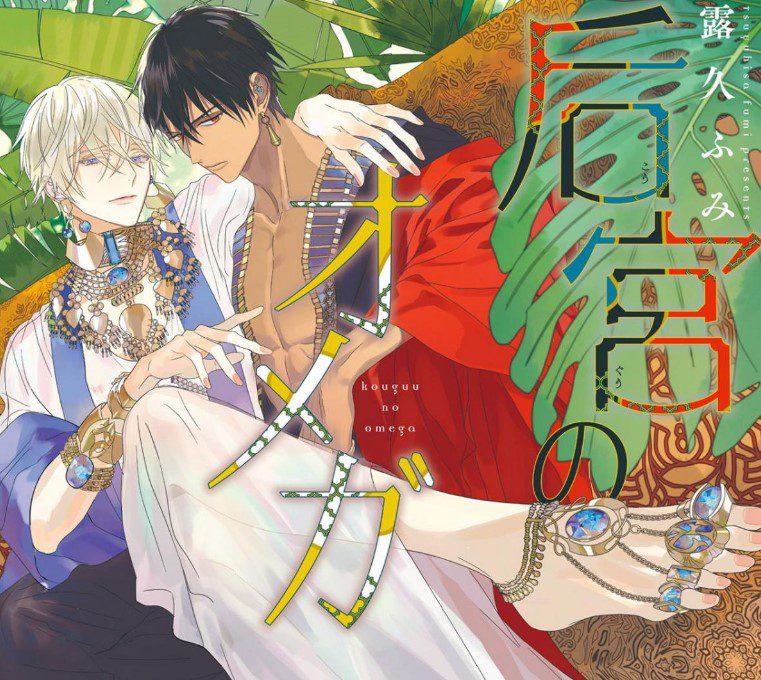 This is a romantic story of a boy born as an omega, and his life was decided the day he was born. However, the boy was the lowest-ranked family member of the royal family. Iliya is the lowest-ranked omega in the royal family. The family has arranged his political marriage, and he has to travel far away to get married. This is a heartwarming romance manga that has thrilling romantic moments.

Love Phantom is another newest hot romance manga that will make you feel good after reading it. This reveals a beautiful relationship and love story between a couple that loves each other wholeheartedly. Momoko is a mediocre waitress who works hard in a cafe. However, her life changed when a handsome man appeared before her, and it was the beginning of a fateful romance. Momoko never thought she would find a handsome guy to fall in love with her, but you will never know what destiny holds for you. 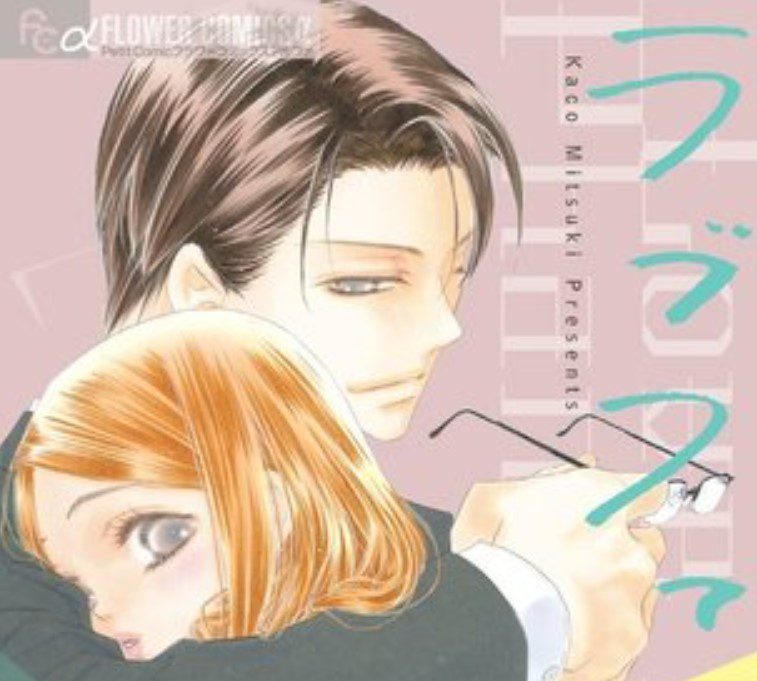 Embrace My Shadow is one of the best feel-good romance manga to read in 2022. This has more than 356 chapters, but it debuted in 2022 and revealed an interesting romantic story. This reveals the meeting between a cold president and an innocent girl who got involved in a dangerous but addictive love game. 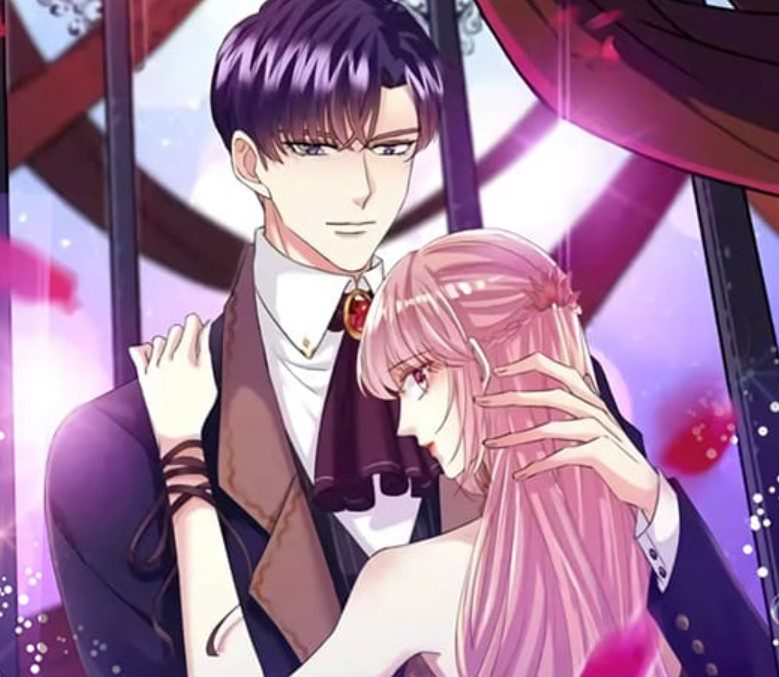 The rich family secrets got revealed, and an innocent girl was forced to obey the rules of a rich family. During the day, the innocent girl acts like other ordinary girls, but at night the cold hear president controls her, and she knows she has nowhere to go.

This is a romantic story of a girl who loves to cook. Zelle became the eighth royal princess of Roymonde. The brink of defeat drove her during the war, and the enemies kidnaped her. However, when Zelle wakes up, she finds that she has become a bird working as the messenger of Commander-in-Chief, Valhayle. Zelle continues to fight for her country even though she is in bird form. 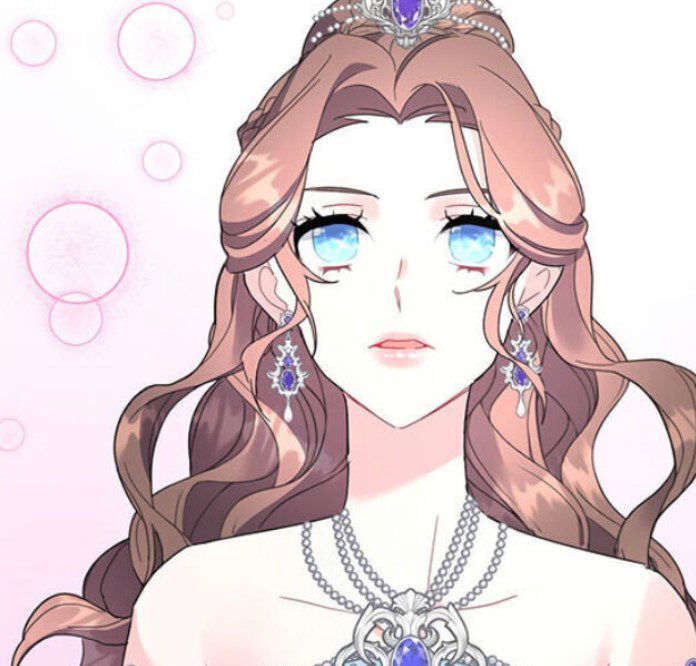 Lady Bandit’S Gentleman Hunt is another best feel-good romance manga to read in 2022. Most of these romance manga has begun in 2022, but we also mix them with other romance mangas that you might be familiar with. Yue Ying was a popular, wealthy president, but she has mistakenly pushed down the staircase as someone’s mistress. 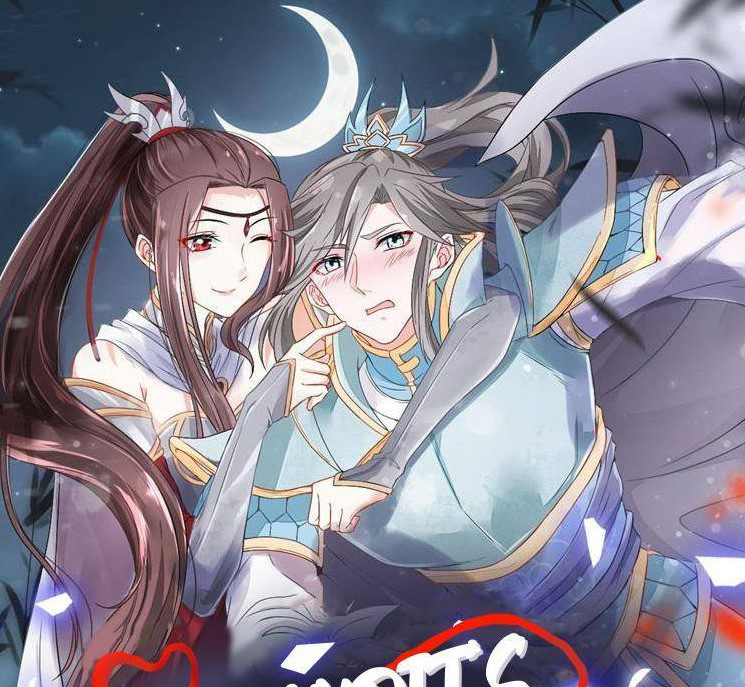 Yue Ying wakes up and realizes she was teleported to another world as a female bandit. Even though she didn’t like it, becoming a bandit had good benefits. Yue Ying vowed to make a man; her eyes lay on her lover.

Don’t Toy with Me, Miss Nagatoro.

We decided to also talk about this one since it is one of the best romantic comedy manga worth reading in 2022. Don’t Toy with Me, Miss Nagatoro is an ongoing manga with over 108 romantic chapters. Nagatoro continues to teas Senpai, and their relationship is at an interesting level. This is an interesting romantic story of a loner who needs no one in his life. 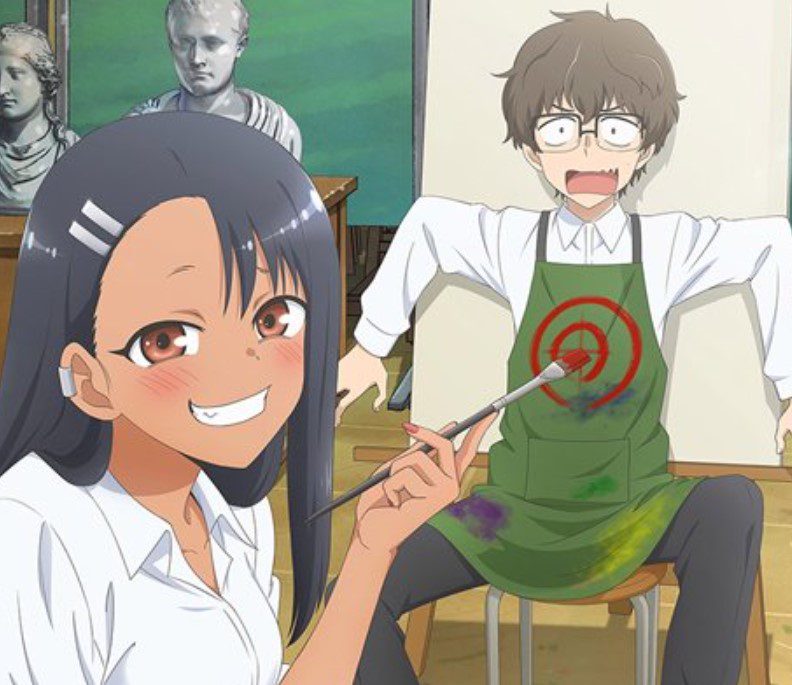 Don’t Toy with Me, Miss Nagatoro.

But things change when Nagotoro appears in his life. Senpai suffered from romantic bullying that he had begun gett used to, and walkways wanted to be near Nagotoro. It is interesting to read a romance manga like Don’t Toy with Me, Miss Nagatoro that reveals the romantic comedy between students.

So Cute It Hurts!!

So Cute It Hurts!! is also known as Koba Cute, Kobayashi ga Kawai Sugite Tsurai!!. This is a romantic tale of The Kobayashi twins, Megumu and Mitsuru, who have their names after historical figures. However, only Megumi has a taste of history better than Mitsuru. Mitsuru is always in trouble; one day, he was about to lose his weekends to extra history classes. 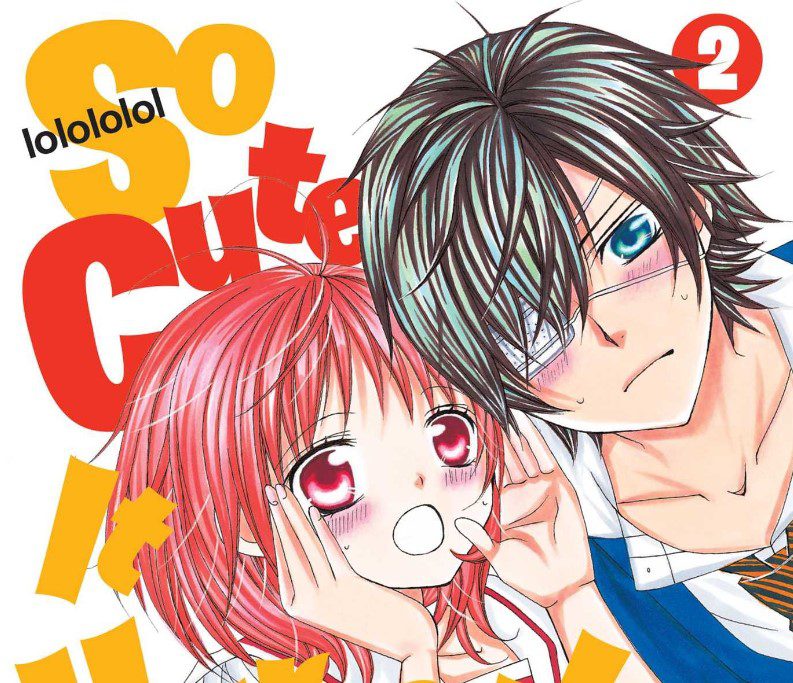 So Cute It Hurts!!

He asks his sister change clothes and aces his tests. It was not difficult for them to play with everyone’s mind since they were twins. While Mego doesn’t rely only on books, this attracts Mitsuru since he realizes high school girl life is much more complicated than he thought.

Teru’s life changed after his brother’s death, who handed over his cellphone to Daisy. Daisy knew that a handsome boy would appear one day in her life to take care of her. After a year, Teru continues to send messages to mysterious Daisy, and Daisy has no clue who Teru is since she has never seen him. One day Teru breaks a window at his school and encounters Tastsuki Kurosaki, the rude school janitor. 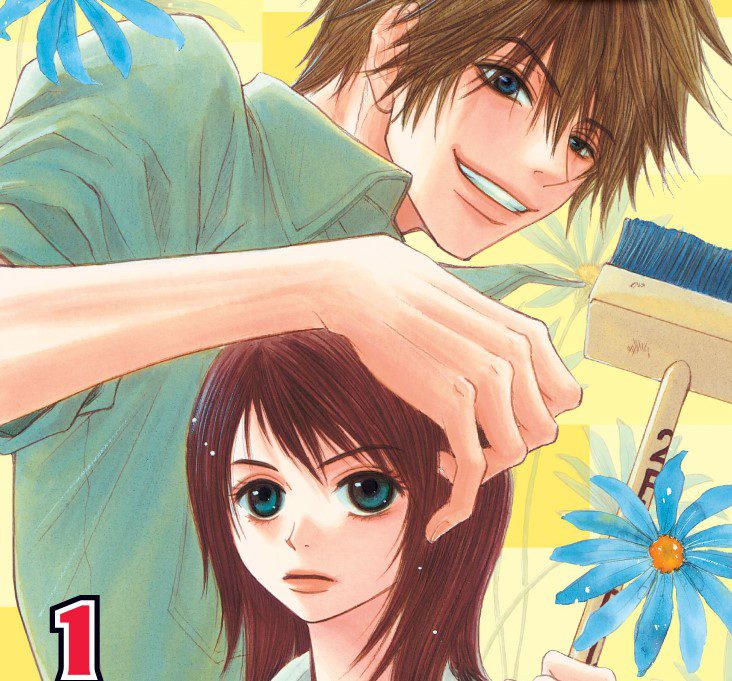 Tasuku Kurosaki told Teru to work hard and pay for the window that he broke. However, Teru realizes that he knows the girl, and she might be Daisy, who he has been talking with through message. But he had no intentions of letting an incent lonely girl discover his true identity. Teru decided to conceal his identity while doing his job of protecting Daisy. However, love and romance have their way to the heart of students.

A Tropical Fish Yearns for Snow is the latest best feel-good manga to read in 2022 on this list. This manga ended a year ago and revealed the best romance moment you will never forget. Konatsu is about to enroll in a new school in a new town, and she is o alone. Konatsu’s father has found a new job in a foreign country, but her aunt can only visit her during holidays. She is a shy guy, and one day at school, she learns that the school has an aquarium. Koyaku and Konatus became the club’s leaders, strengthening their bond. 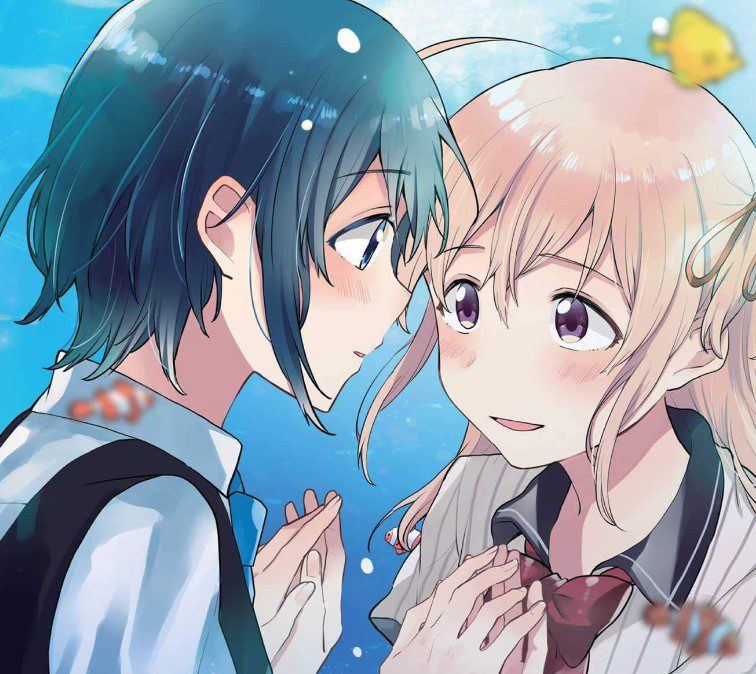 There are tons of feel-good romance manga to read in 2022 that we didn’t talk about since you are familiar with them. Our goal was to introduce you to new romantic manga that you will realize that they are worthy of reading after knowing about them. It is also good to know new things instead of sticking to the same old things. However, the world of romance manga is vast, and tons of similar manga await you.