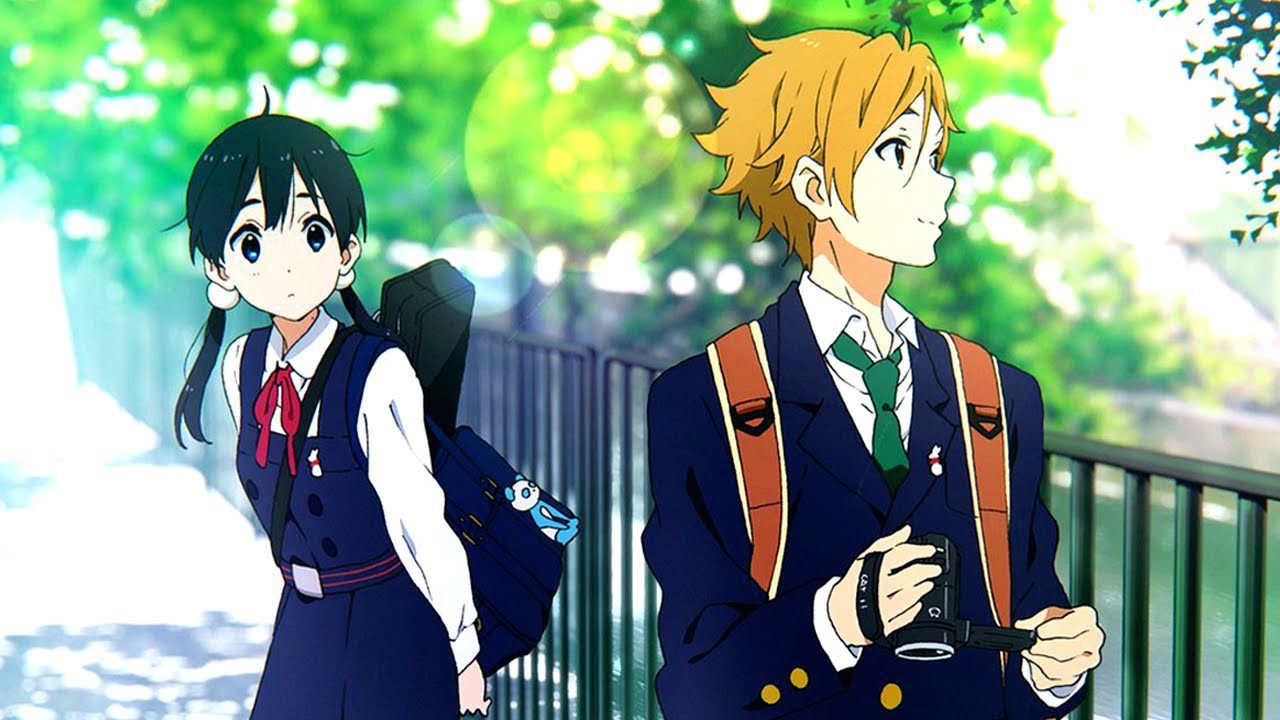 Be it celebrities or someone from your neighborhood, how many times have you seen people falling in love with their best friends. Well, many people may not agree, but this seems like the most logical way of falling in love. Think for yourself, who knows you better than someone you grew up with? However, in the most manga, we see the protagonist bumping into Mr./Ms. Perfect and magically falling into love. This seems nothing less than a fictional story, and only a small portion of “love at first sight actually works out. Thankfully, there are some childhood friends romance manga to save us from unrealistic expectations.

Here, we aren’t going to include the series where romance isn’t the dominant genre. For example, Sasuke and Sakura are childhood friends who fell in love, but we can’t consider Naruto a ‘romance manga.’ Can We? So, please don’t be upset if you don’t find your favorite manga couple here.

Often two people get so consumed by the idea of friendship that they ignore the budding relationship between them. However, the people around them keep shipping over them. Something About Us is a similar story about two childhood friends who ignored all the signs from the universe till they finally realized that they had become far more than being ‘just friends.’ 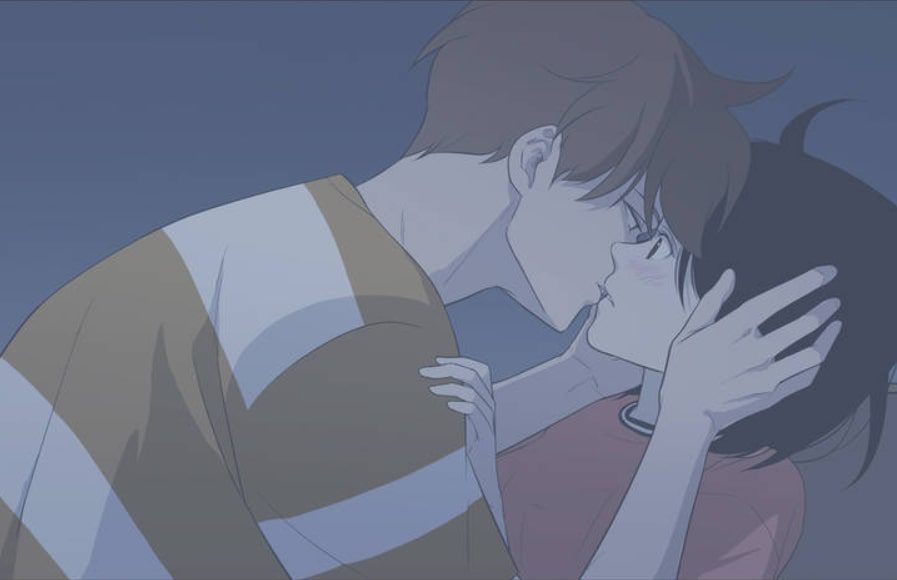 Many things change when you meet your childhood best friend after years. However, that’s not the case for Gaku and Kako, who are reunited after 10 long years of separation. They fall back in love with each other just like their school days. However, before they can officially start dating again, Kako gives a condition to be met. She challenges Gaku to beat him in a game of Takkoku. 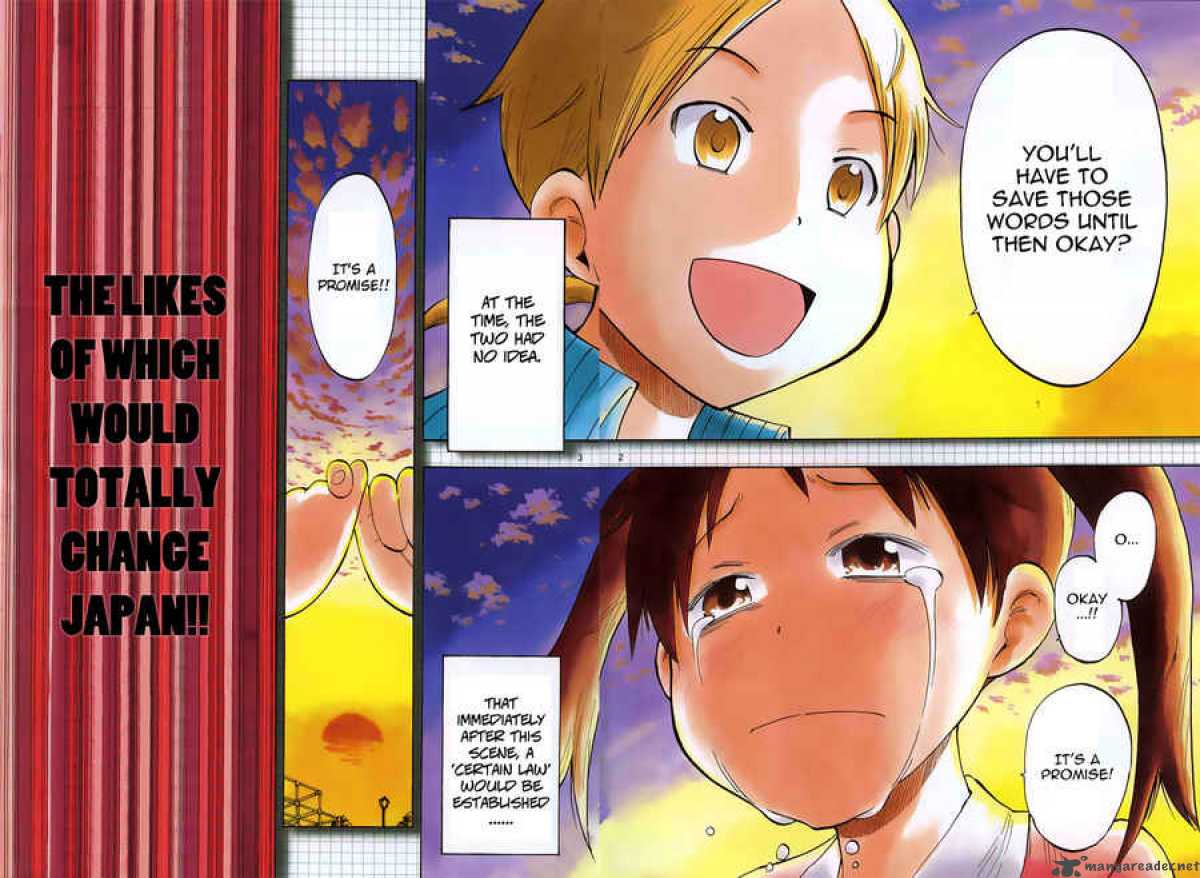 Think again if this condition seems simple enough. Kako is Japan’s #1 Takkoku player, and there’s no way an amateur like Gaku, who has been outside Japan for years, can beat her in this traditional game. Well, Gaku can’t lust let the love of his life go because of losing a silly bet. Can he? So, he starts working hard, hoping to match Kako’s skills.

High Score Girl manga takes us back to the year 1991, when the craze for arcade video games was at its peak. A sixth-grade, Haruo Yahgachi, isn’t good at studies, sports, or in making friends. The only thing he is proud of is his gaming skills. However, his confidence completely shattered after being rag-dolled by a girl named Oono Akira in Street Fighter II. Not only did she beat him once, but thirty more times in a row, thereby ensuring that Haruo never forgets it. 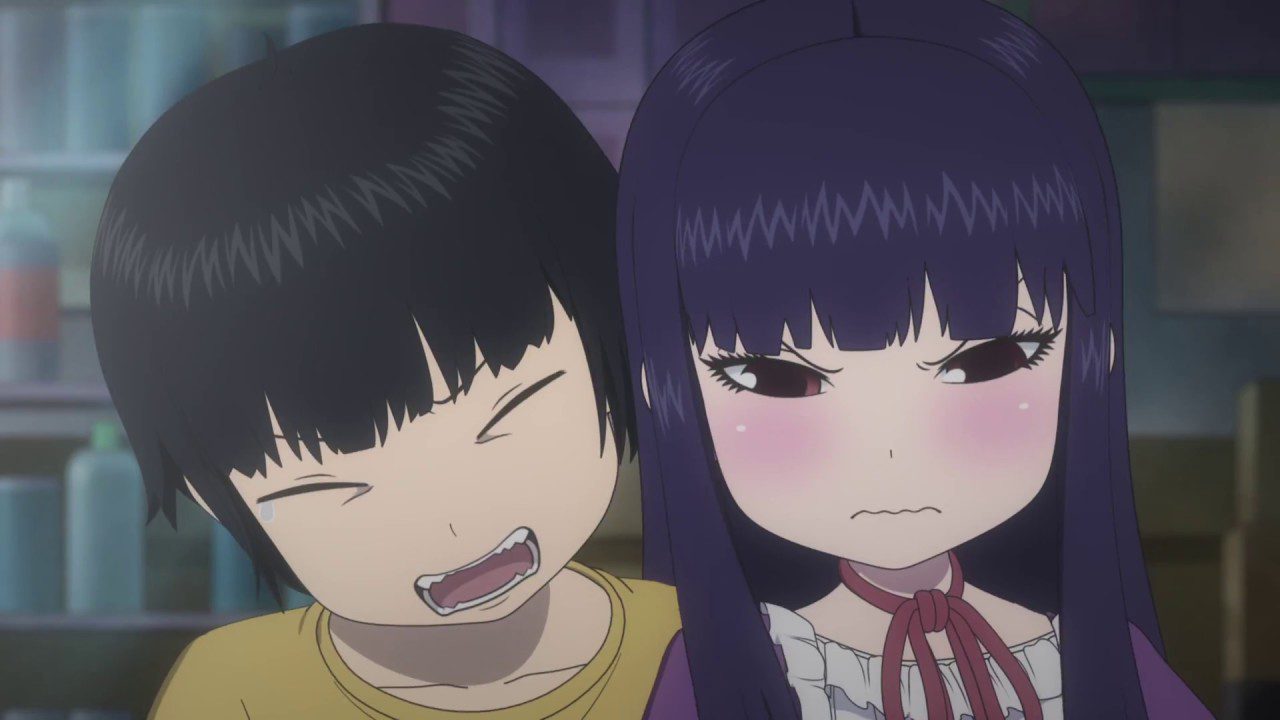 Adding salt to Haruo’s injuries, Akira follows him after school just to beat him again in the game. Obviously, this is frustrating and irritating for Haruo, but on the brighter side, this is the first time he is somewhat socializing with someone. The bond of this unusual friendship grew stronger with time, and they gradually grew romantic feelings toward each other.

The life of a prodigy is picturesque till he/she is being thrashed by an archrival. Who knows this better than Hikari Hanazono? The girl has been considered undefeatable throughout her childhood until she met Kei Takishima. Being overconfident about another easy win, she challenges him for a match, only to taste her first defeat. She knew it wasn’t just a fluke since she lost every time she rechallenged him. 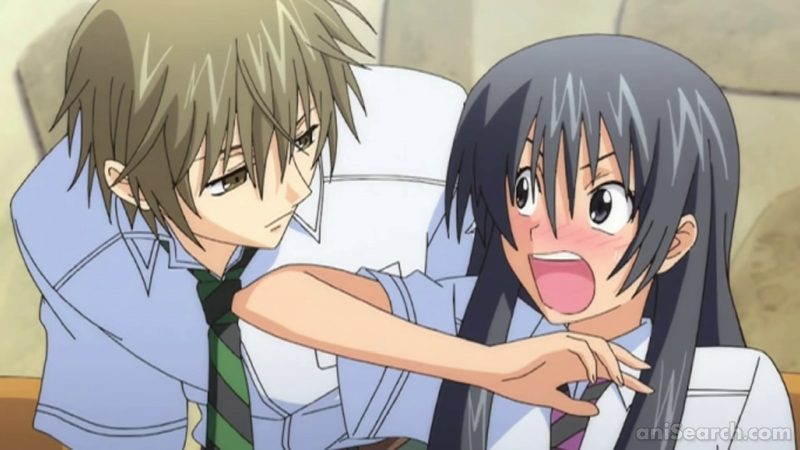 Ever since that day, Hakri vows to outclass Kei in athletics, academics, and every other field. So, she enrolls in the same prestigious institution in which Kei studies. Their rivalry becomes more intense from there. They hold the top two ranks in school and are among the academy’s best students in a class called Special A.

Apothecarius Argentum is a unique one in this list of childhood romance manga. It follows the story of Argentum, a boy who turned his hair silver by intaking different types of poisons. Furthermore, he turns toxic to touch and gets hired as the food tester of Princess Primula. The little princess hated seeing him imprisoned behind bars, so she granted him freedom. 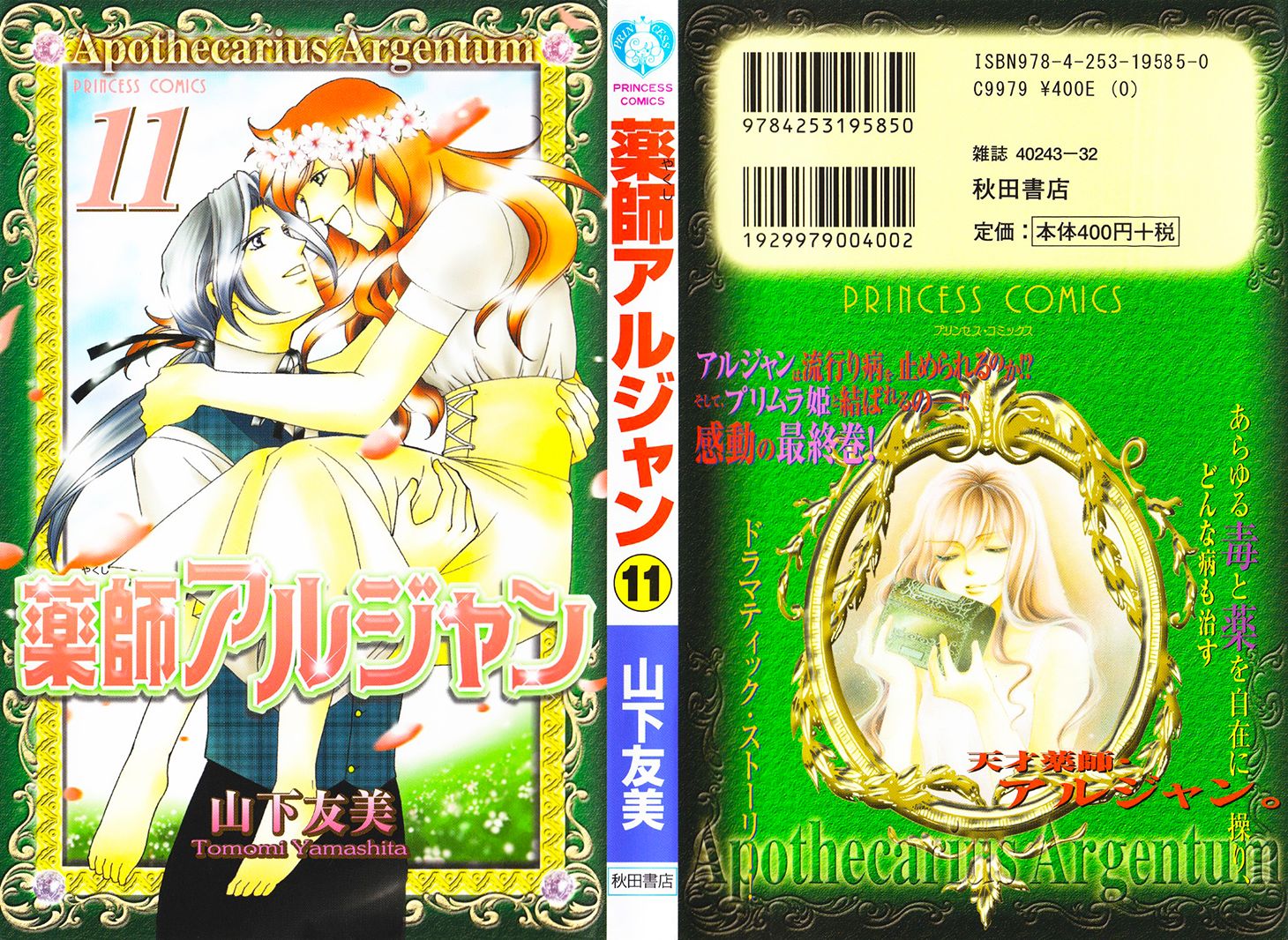 Years later, Argentum comes back to the kingdom as a skilled healer and apothecary. Primula still has a soft spot for her childhood friend, and their friendship blossoms into romance in no time. However, nothing can change the fact that he is still poisonous to touch. Can love overcome the touch barrier between them? Find that out by exploring the manga yourself.

This is a wholesome and mischievous story of two childhood friends who never misses a chance to be at each other’s throat. “You blush you lose” is the simple rule that Takagi and Nishikata have always followed. However, after being teased for years, Nishikata realizes that Takagi is the only constant aspect of his life. Well, there’s no way he can actually admit this to Takagi, so he bashfully vows to turn the tables around someday. 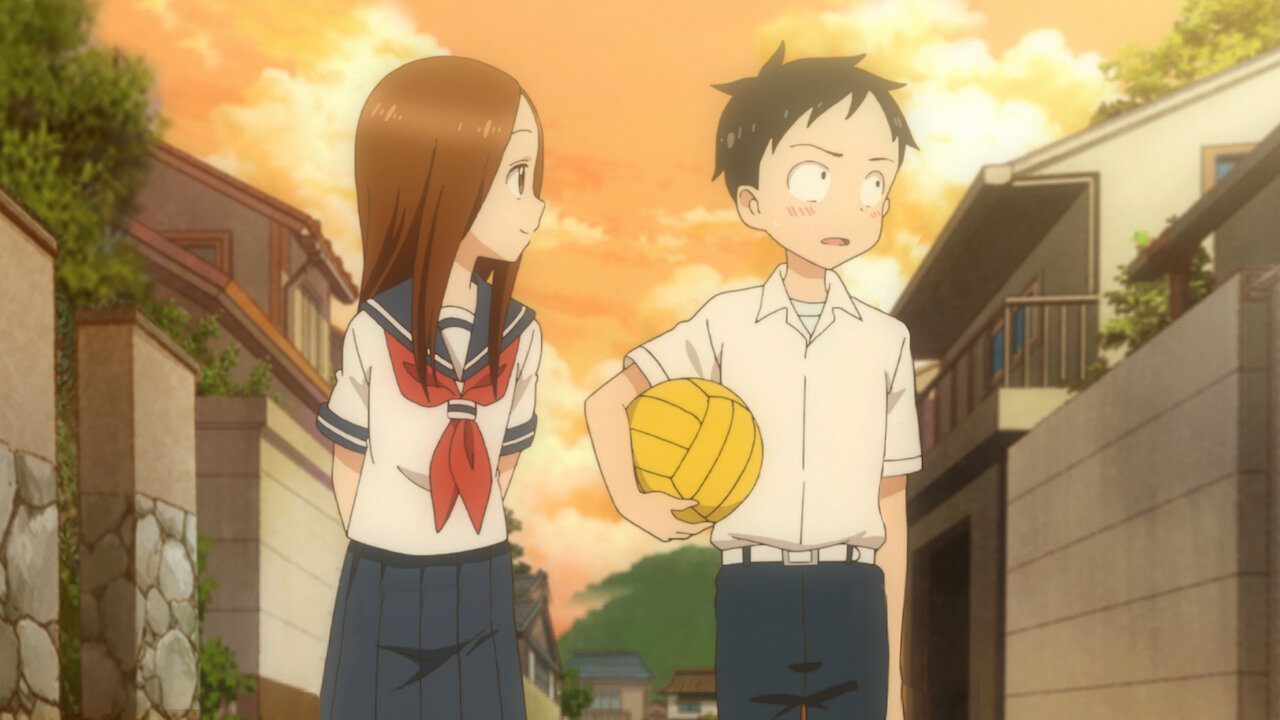 Coming to the lesser-known fact, there’s a sequel manga of this series, where Takagi and Nishikata actually get married. Their lives become more vibrant with their daughter Chii, who is an exact copy of her mother. Teaming up together, the mother and daughter keep pulling pranks on Nishikata.

Blue Spring Ride or Ao Haru Ride is one of the best childhood romance manga that I have come across. Futaba Yoshioka, the protagonist, has always tried to repel all the boys attracted to her. Being despised by her female classmates for being too popular among boys, she desperately tries to stay unnoticed. However, she can’t give on the bits and pieces of her treasured memories of Kou Tanaka, a boy she had a crush on. 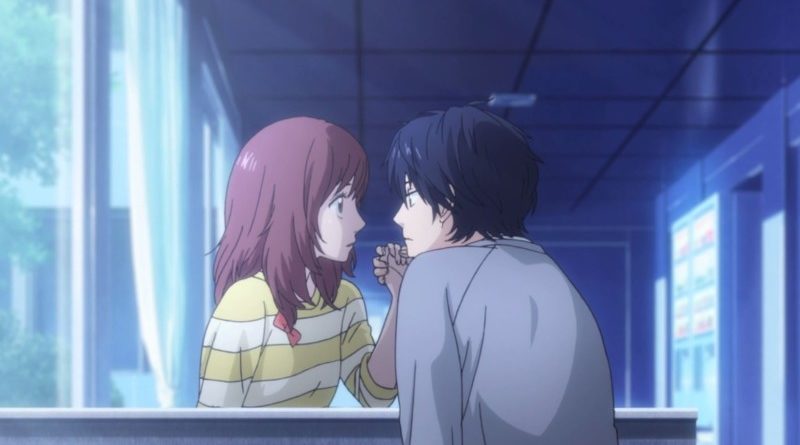 She thought that her little ‘crush story’ had ended when Kou stopped coming to school. However, cupid had other plans for her. She reunites with her childhood crush when he comes back with a new last name. Later, it turns out that last name isn’t the only thing that has changed. Kou is no longer the same bring and charming boy he used to be.

Being the son and daughter of infamous mafia bosses, Raku Ichijou and Chitoge Kirisaki are destined to be married to avoid any turmoil in the underworld. However, the connection between them had been there years before these political factors came into play. They were childhood friends, and they promised to marry each other when they grow up. Although their memories have gotten blurry, it’s the promise that ties them up together in every situation. 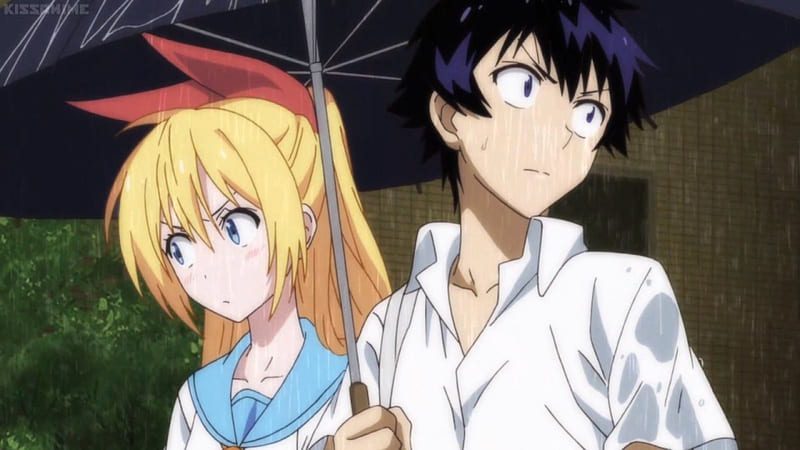 Raku Ichijou and Chitoge in Nisekoi

2.Wotakoi: Love is Hard for Otaku

The most vital part of fitting in your professional life is to keep your childhood obsessions secret from your coworker. Narumi Momose goes through similar struggles to hide her fujoshi identity but ends up bumping into her middle-school friend, Hirotaka Nifuji, in her workplace. So, to cover up for this mess, Narumi takes Hirotaka out for a drink and shares how her previous boyfriend refused to date her just because she is an otaku. 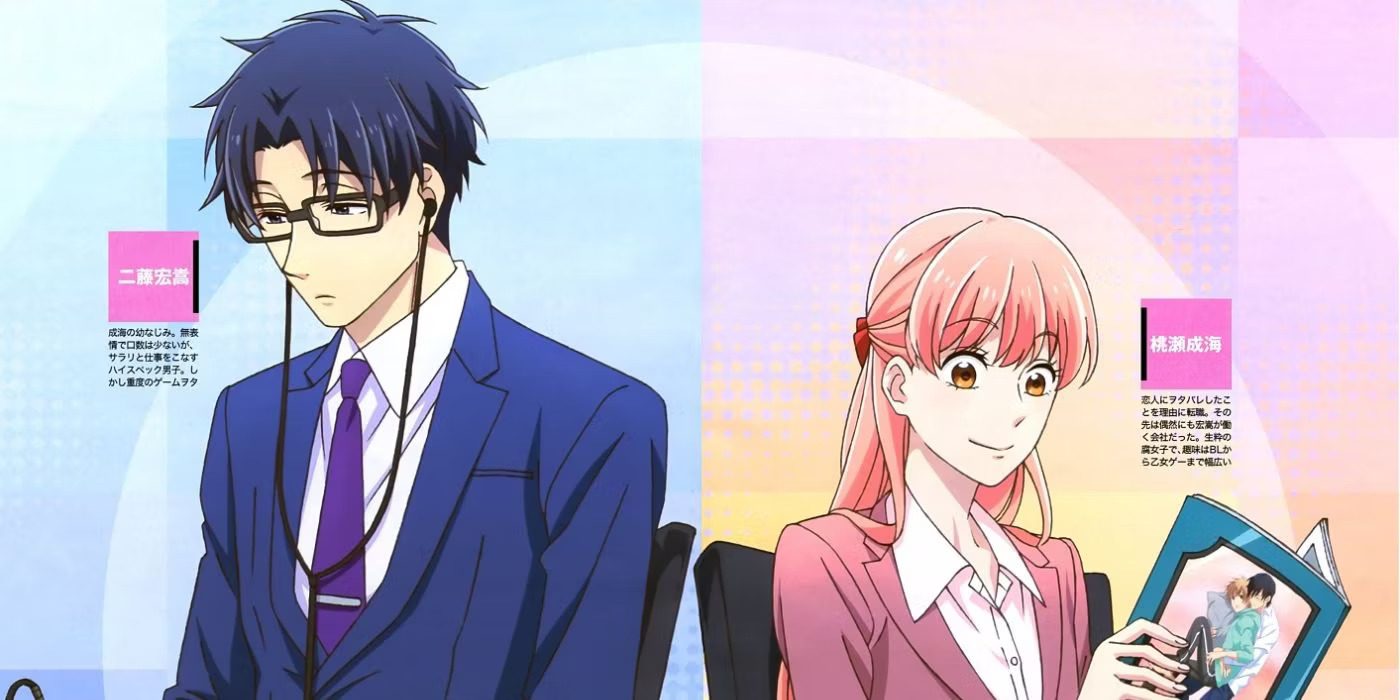 Wotakoi Love is Hard for Otaku

Surprisingly, Hirotaka suggests that Narumi shouldn’t change her nature; rather, she should try dating a fellow otaku, specifically himself. Before she could digest this sudden proposal, Hirotaka assures her that he will support her in every situation and will even help her t6o farm rare drops in Monster Hunter.

Tamako Market follows Mochizou Ouji and Tamako Kitashirakawa, two childhood friends who have known each other since their birth. Their parents are in the same business, making their story a lot more relatable to us. As an infant, Mochizou used to bully and tease Tamako a lot. Despite Tamako’s repetitive complaints to her mother, she never really took her seriously. 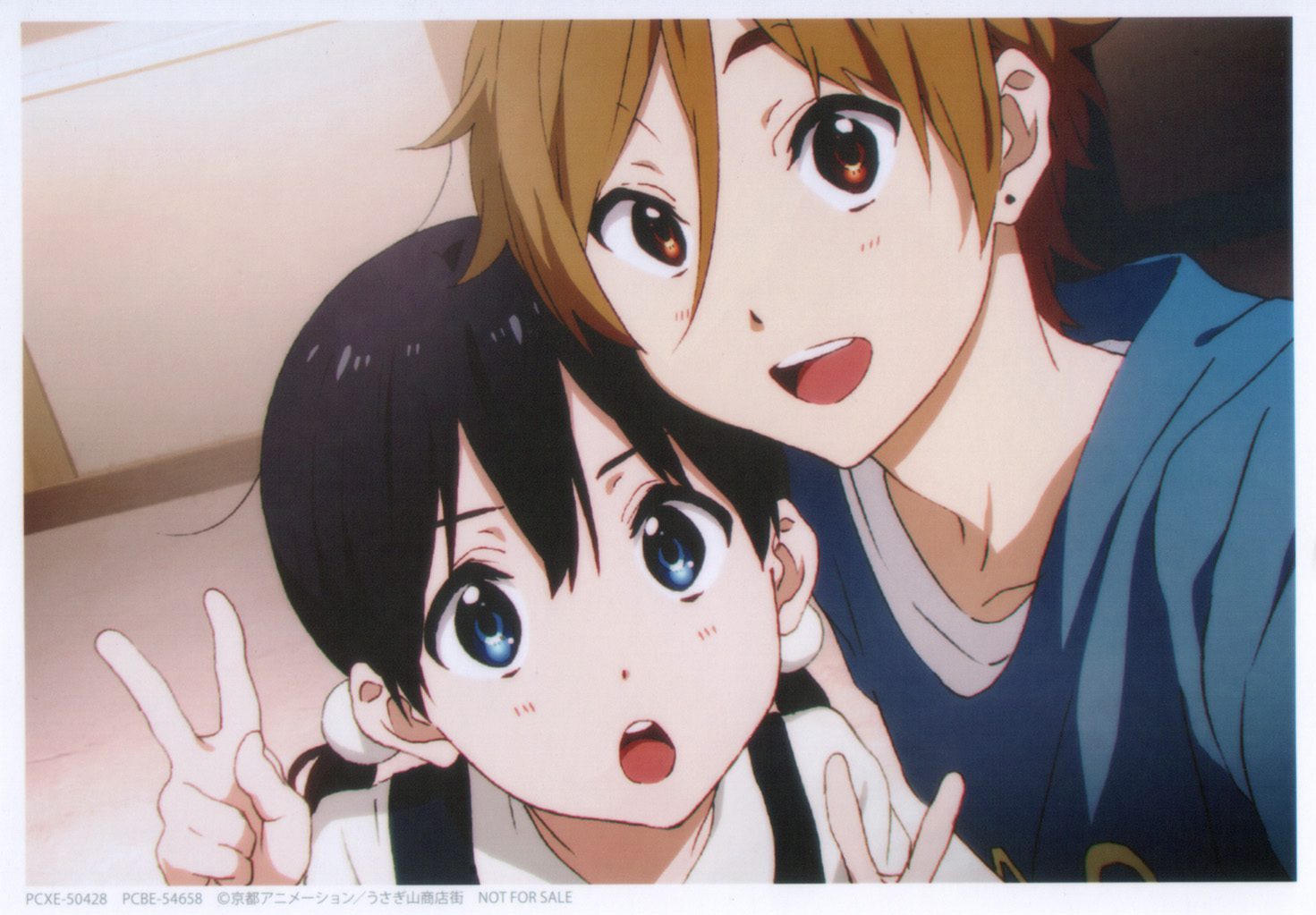 Thankfully, their relationship grew better with time, and Mochizou caught feelings toward his childhood rival. He confesses to her before pursuing a filmmaking course in Tokyo, marking their sweet bond. The series came into the limelight after the anime adaptation, and a manga adaptation was released later. However, it can be difficult to get your hands on the manga translations just yet.