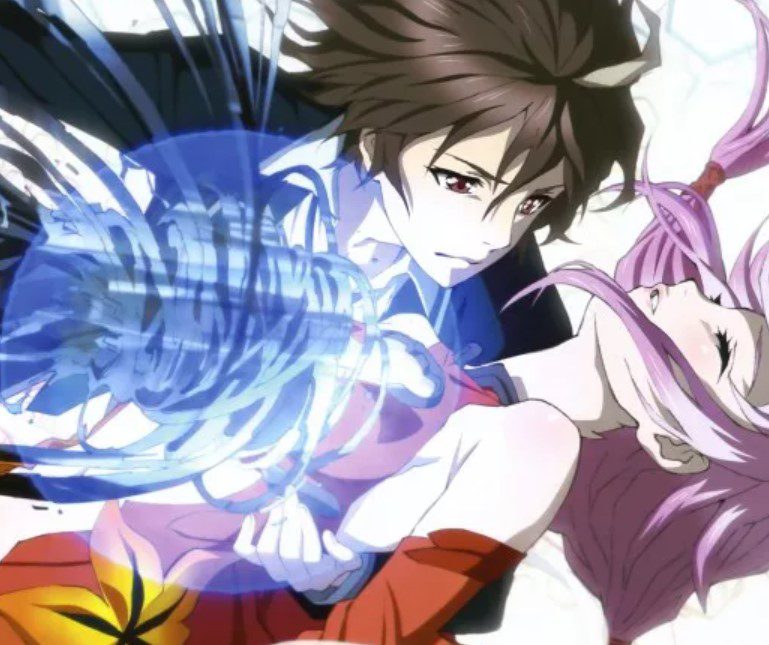 Grave Keeper Witch Bianca is also known as Hakamori Majo Bianca. This is the best supernatural romance manga that revealed the life of the last reaming witch. It is interesting g to read a supernatural manga where a witch seeks love. It is also rare to find a manga with a villain-like character seeking out love and romance. Bianca is labeled as the last remaining “ugly” witch living Underworld. She never believed that an ugly with like her would find someone who loved her, and she lacks the courage to search for the love of her life. 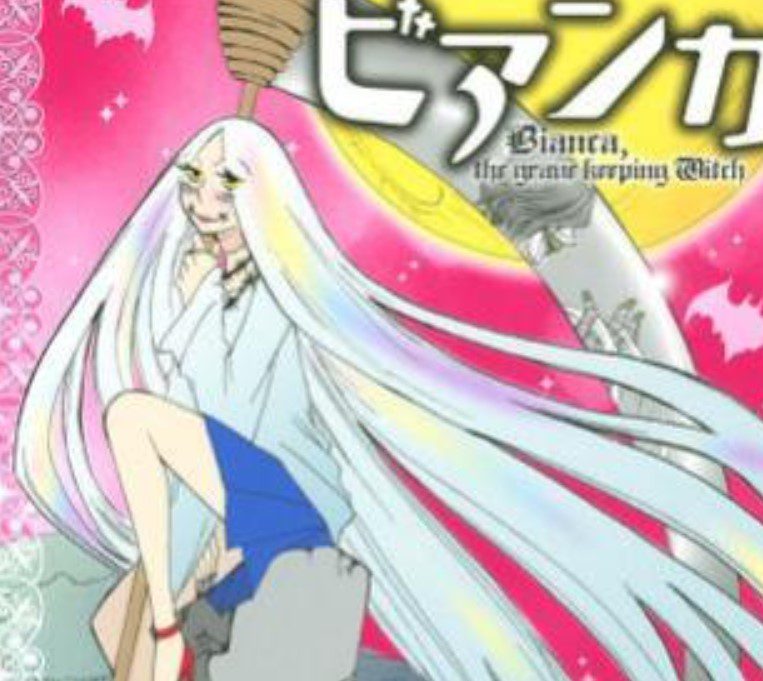 Most of us are familiar with Vampire Knight, and there are many volumes of this manga that you will find interesting to read. Vampire Knight has many things to offer as the best supernatural romance manga. This is a story of vampires revealing the life of Yuki Cross, who has the memory of snow and blood. During the vampire’s attack, Yuki was rescued by another vampire, and after ten years, she enrolled in Cross Academy, where the headmaster adopted her. 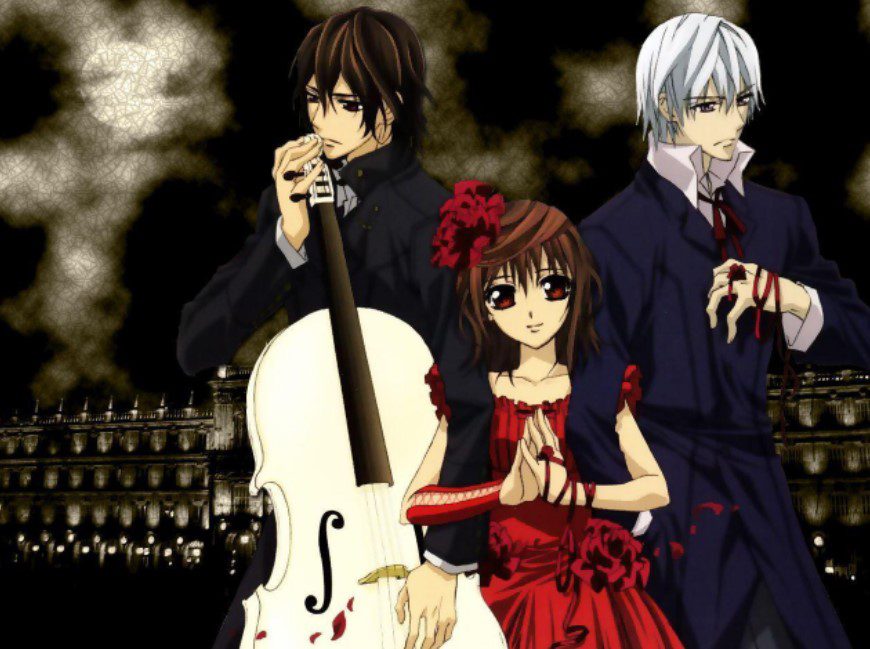 This is a fun and interesting supernatural story where humans fell in love with vampires. Yuki leads the Night Class, and the vampire that rescued her leads the Day Class. Yuuki and Kuran must work together to separate the two classes, but she wasn’t to learn about Kaname, Zero, and the past she has forgotten.

The Worst Witch in the World

This story of witches is amazing and has lots of supernatural powers that you will find interesting to read. Quinta is a notorious grand witch who has lived for more than 300 years. She is known for the cruelty and murder of other grand witches. Quinta is surrounded by mystery and secrets, but she has become a 16 years teenage girl. 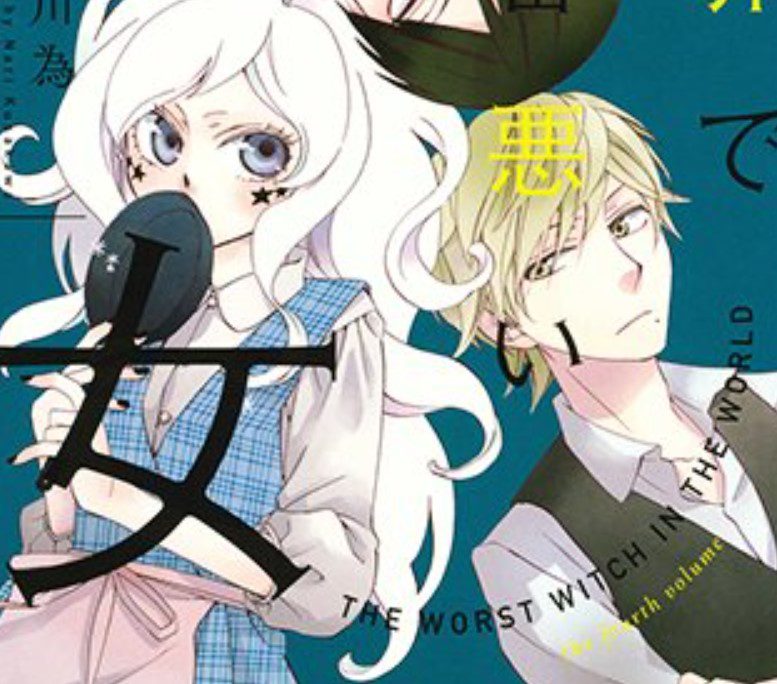 The Worst Witch in the World

However, Quinta becomes one of the bodyguards for Nestor Gilroy, a professor with five PhDs. Nestor is targeted for his unpublished research. This revealed lots of romance and supernatural powers as Nestro, Quinta, and Qutai’s animal begins a journey to have Nestor’s research published.

Bloody Mary reveals Mary’s life as a demon tricked her loves into sucking their blood. Mary becomes stronger after sucking the blood of her unsuspecting lovers, and she is involved in an all-out demonic and monster wars in Shibuya. She is the most powerful demon that always falls in love with her target, but only one man was enough to become her true love. 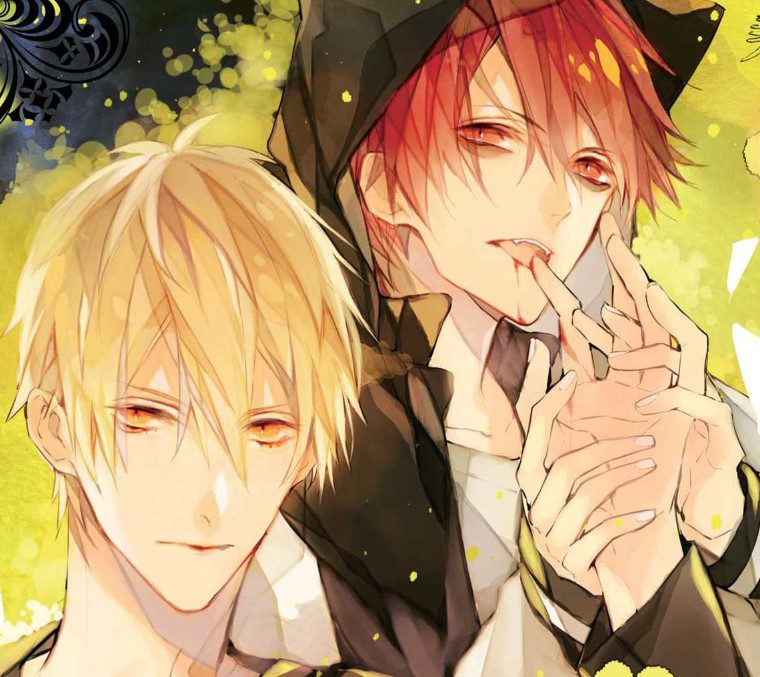 This is one of the most popular best supernatural romance manga with many adventures. Trinity Blood ended a few years ago, and it is one of the romantic manga that has good needs. A war between humans and vampires began in the future after the rise of  Armageddon’s fabled Second Moon. Esther, a nun from Istavan city, encounters Abel Nightroad, a priest sent from the Vatican to fight with the local order of vampires. Abel and Esther form a holy alliance to combat the evilest of threats. 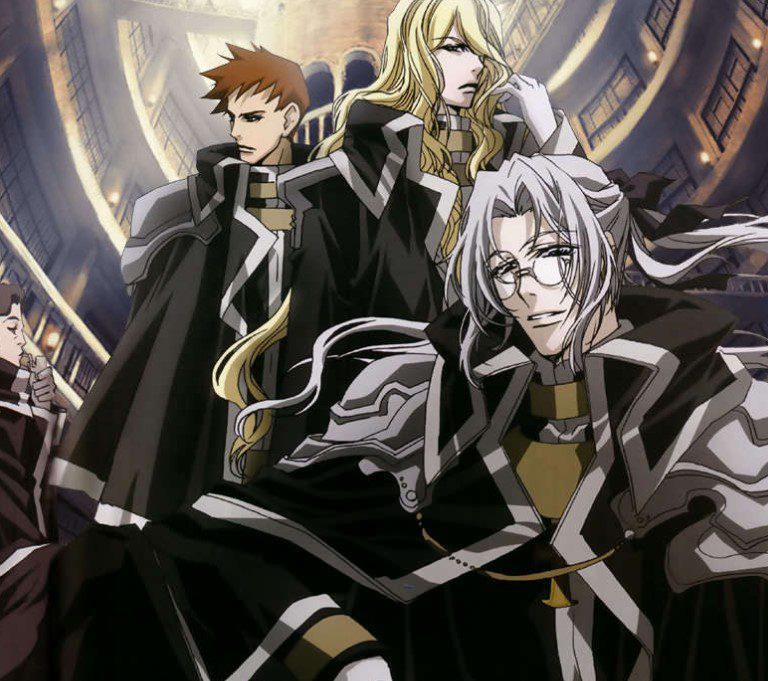 Yurara no Tsuki has the best moments of romance and some supernatural events that will amaze you. This is interesting since it is the first best supernatural romance we are talking about that focuses more on romance and school life. This is the story of Yurara, a female student who arrived on her first day of high school and found her seat occupied by someone. 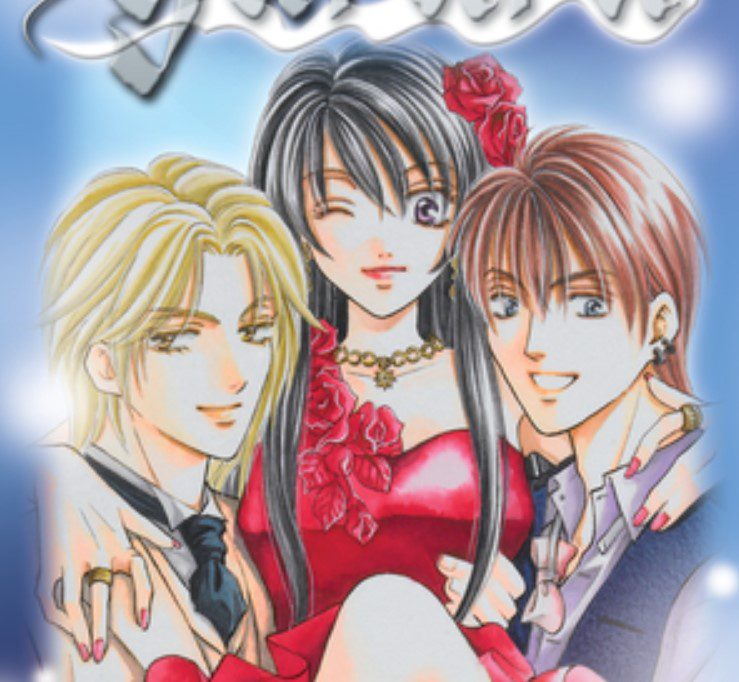 She realizes the ghost was in her seat, and the two students, Yako and Mei, cannot send the ghost to hell. But Yurara’s other self was released. This becomes interesting when two boys fall in love with Yurara, and they have to save her from a ghost.

Finding the best supernatural romance manga with fantasies is rare, and Flower and Devil are among them. This is a great experience for those who prefer supernatural romance manga with fantasy, comedy, demons, and mystery. Vivi is the demon that decided to leave the demon realm 15-years-ago. He arrived in the human world, encountered an abandoned baby, and decided to keep the baby. Vivi and Hana stayed together for many years, and things changed when Hana became a 14-year-old girl. 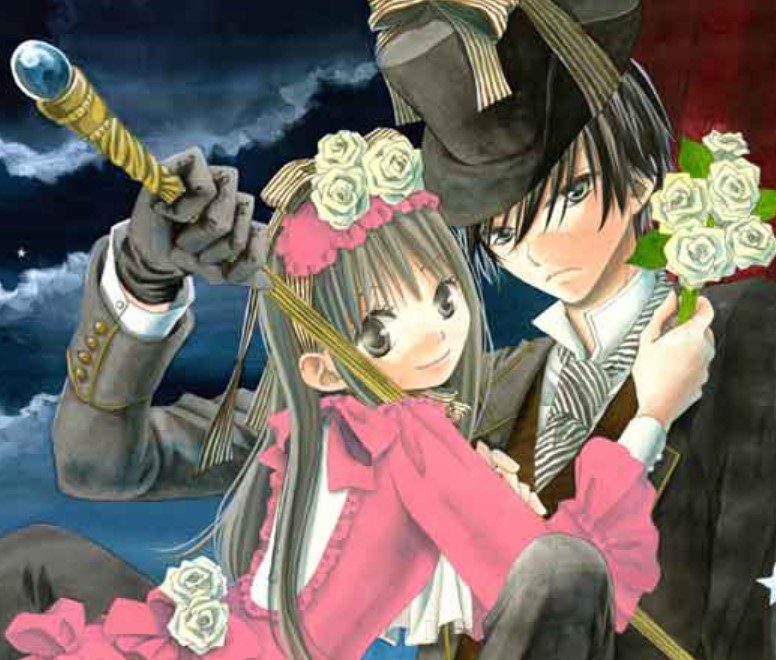 This is a world where humans live ignorant of the supernatural. This world is filled with Vampires with superhuman strength, regeneration, and speed. They can control humans at their will, and Kuroe is a man who fights the vampire organization. Kuroe became the nemesis of all kinds of vampires until one day when his sister went missing. He heads out, searching for his beloved sister. 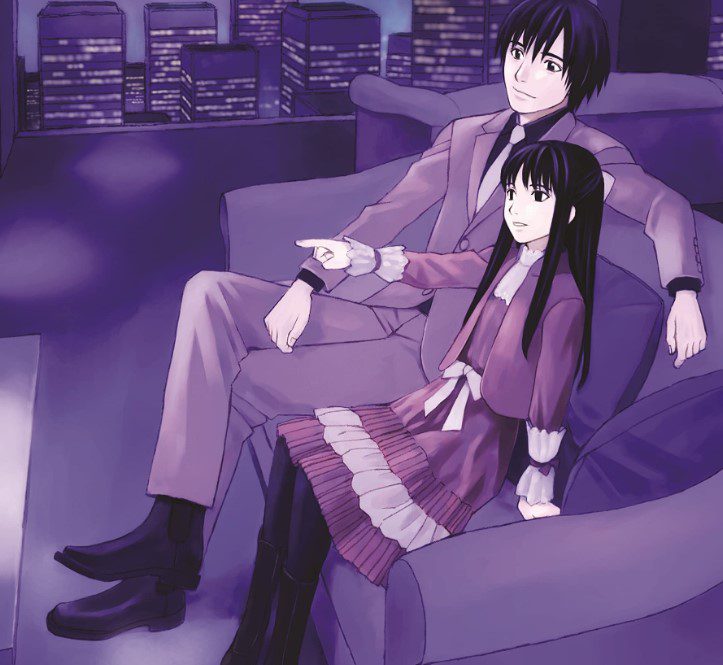 But it is too late since a vampire eats his sister. Kuroe honed his skills to hunt the vampire that made his sister disappear. Kuroe’s sister, Misaki, became a vampire after Kuroe failed to protect her. However, Misaki is leaving under Kuroe’s care, and the two become closer, which leads to an enticing bond.

Ko Yomari was wracked by wanderlust and insomnia and ended up on the moonlit streets every night. Ko keeps searching for something that has no name every night and always performs night rituals. One day he met with Nazuna, who resembles a vampire due to her teeth. Nazuna’s arrival could offer Ko vampire immortality and dark gifts. However, Ko must meet conditions before becoming a vampire, and Ko has discovered that he is ready to become a vampire before heeding the Call of the Night. This became a great romantic story of Ko and Nazuna. 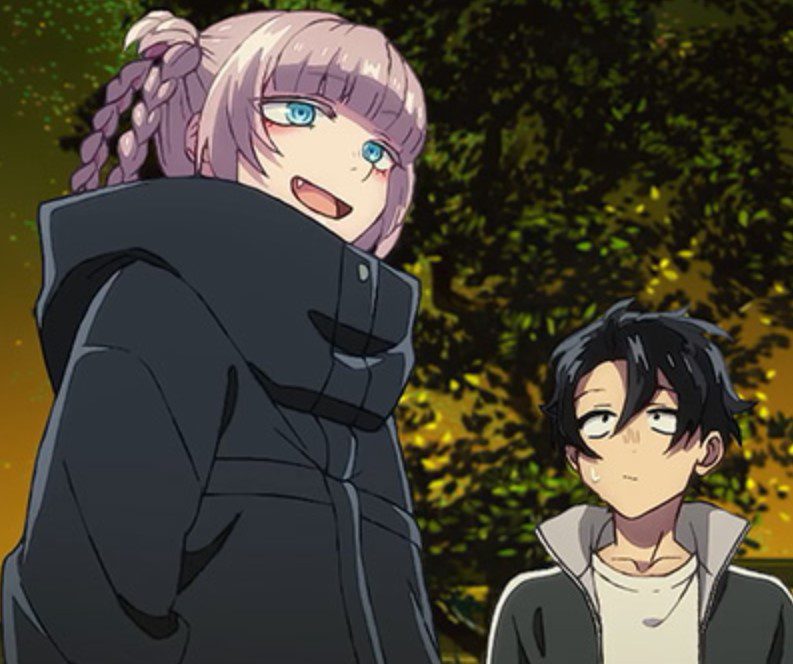 Call of The Night

This is the last manga on our list, and it is entreating since this one has ecchi, comedy, harem, and many things that you can enjoy. Sevens girls have been laid with seven sins: Pride, Envy, Sloth, Wrath, Greed, Gluttony, and Lust. Those mysterious girls rule over Biblia Academy. One of the boys decided to retake the world by controlling the seven sins. Arata Kaguya is the boy who had the world by a mystery. This causes the disappearance of his cousin Hijiri into another dimension. Arata arrives at Biblia Academy and encounters the seven girls and their sins. 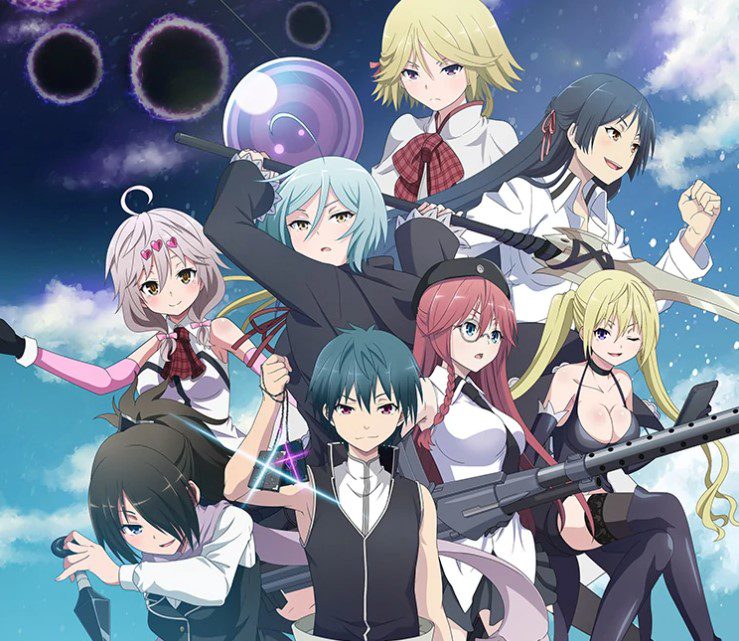 There are other best supernatural romance mangas similar to the one we discussed above. You can expect more of them since a few are ongoing, and some have been adapted to anime. It is not surprising that most such mangas involve vampires, demons, and other monsters. We have decided to talk about the popular supernatural romance manga that you might not be familiar with, and we hope you will be looking forward to reading such types of mangas.

Also Read: Koro-Sensei Vs. Shikamaru: A Battle Of Wits