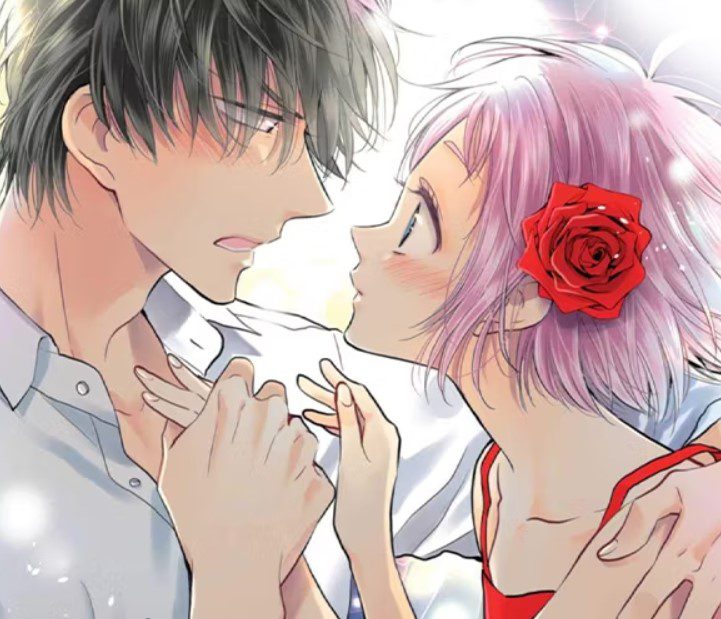 It is interesting to have manga with romance since every family in the manga is built out of love, and it is enjoyable to read the best drama romance manga. To spicy things up, tons of the best drama manga is worth reading, and some might sound like harem manga where everything is all about romance and nothing else. As manga fans, many expect every manga to have action or adventures.

This has become popular, and we have a new upcoming manga that will amaze you every year. But it is good to read manga that focuses on romance only since we might find funny things. Romance is the best thing in the manga since every family in a manga is built with love. We will talk about the best drama romance mangas that are worth reading. Look at the best drama romance manga you might find worthy of reading below.

The Demon Prince of Momochi House

The Demon Prince of Momochi House is one of the best drama, fantasy, reverse harem, shoujo, and romance manga. It is a popular manga that has ended, but one can read it in this era. This is an interesting story of an orphan, Himari Momochi, who inherits her ancestral estate on her sixteenth birthday, but she has never seen it. The Momochi House is between the spiritual and human realms, and Himari became the guardian between the two worlds. 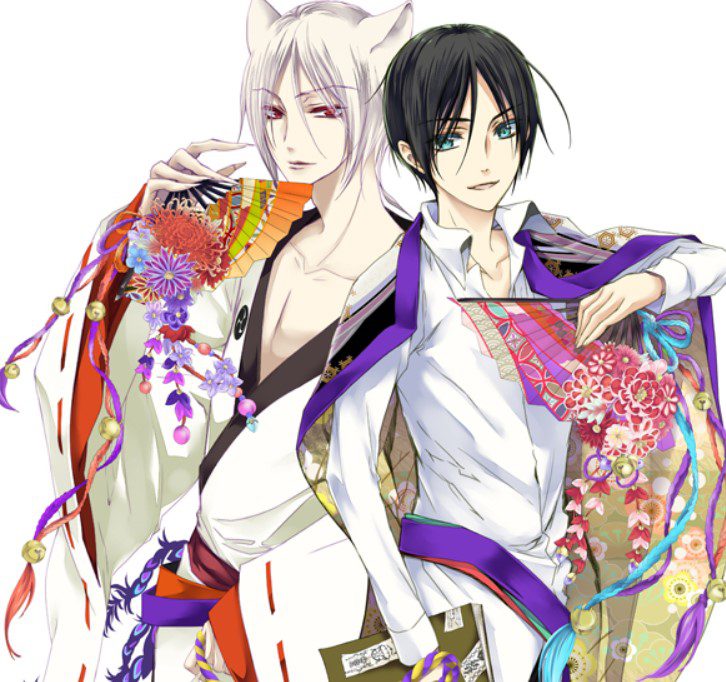 The Demon Prince of Momochi House

One day Himari moved in and encountered three handsome settlers living in the house. One of those guys has already taken Himari’s role. The love and romance begin as Himari tries to take her role back. This is a great romantic story between humans and other creatures from the mysterious world.

Also Read: 10 Best Mystery Thriller Manga That Will Hook You Up Instantly!

This is an interesting romance story that takes place in school. Kotoura-san is the best school love comedy tale; Kotoura Haruka is an old teenage girl gifted with the ability to read people’s minds. But this has made her suffer since her mind-reading ability has caused her troubles. Haruka’s parents got divorced, and it affected her life. She enrolled in a new school and decided to distance herself from other students. However, she met with her classmate Manabe Yoshihisa, who accepted and appreciated her ability. Yosghihisa helped Haruka inter with others and make new friends. 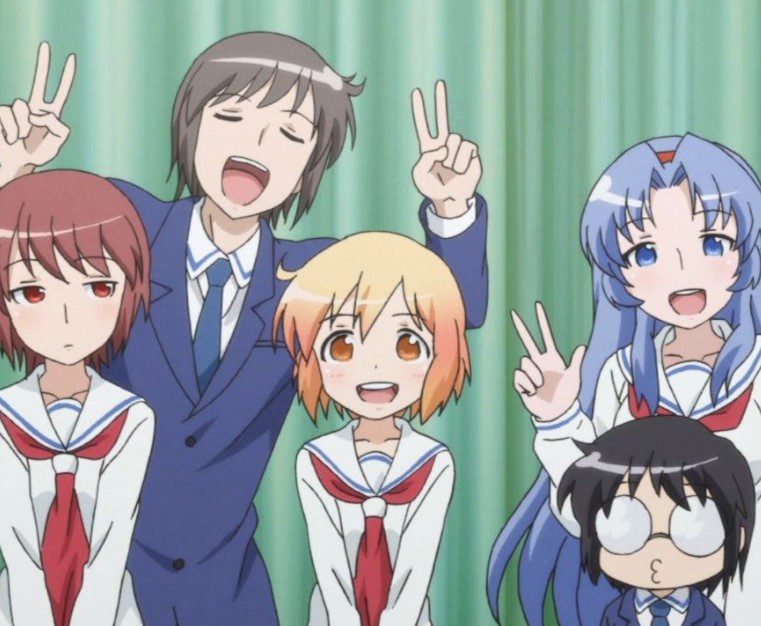 This is another best drama full of romance and mysteries. Aoi Nishimori is a female high school student living alone in an apartment. She was surprised when she learned that Shusei Kagayama, the prince from her school, stays next door. This led to Kageyama and Aoi leaving together. Kageyama is known for being a heartless guy, and Aoi hates him since he has rejected her friend in the past. 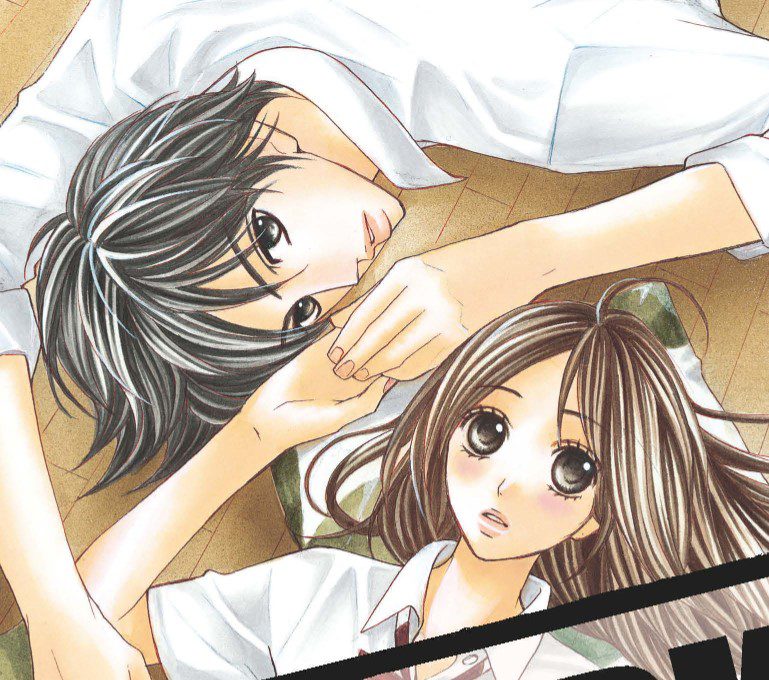 This is another twist of love and hate, but Aoi can’t stop her heart from falling for Kageyama, and her heart keeps pounding when he is around her. She wonders if it is true love since she can’t accept Kageyama due to the bond she shared with her best friend.

Today, We’ll Start Our Love, Tsubaki Love is also known as Kyou, Koi wo Hajimemasu. This manga reveals Tsubaki’s story ass a girl who loves making her younger sister’s hair beautiful every morning. Tsubaki never believes that her sister’s hairstyle never suits her. On her day of high school ceremony, Tsubaki failed to become the top student who always made the ceremony speech. She later discovered that she was sitting next to the top student, a rude handsome guy, Kyouta. 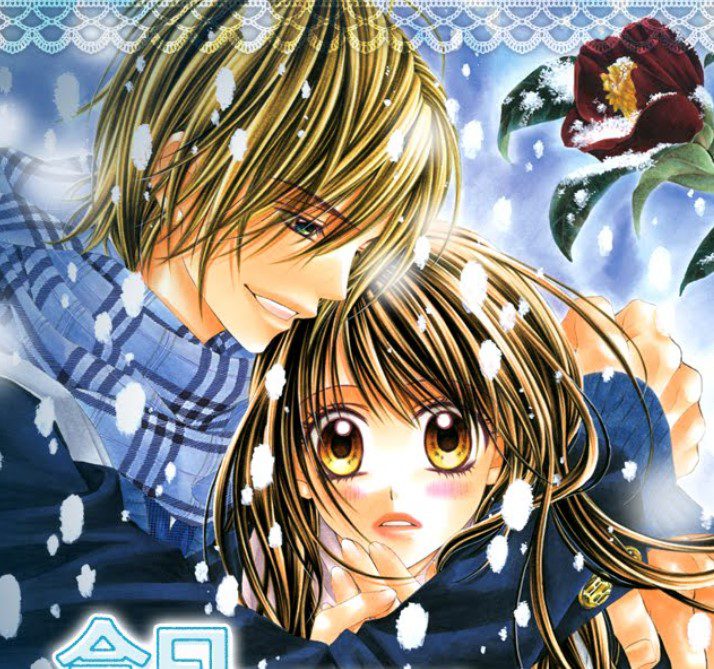 Tsubaki realizes that she can ease her pain by doing something that will make Kyouta comment. She cut his hair after Kyouta said bad things to her. Kyouta tried to seduce Tsubaki and told her to give him her body as payment. However, Tsubaki fixes Kyouta’s hair and makes it shorter. Kyouta kissed Tsubaki and promised her that she would become his future woman.

Say I Love You.

Say I Love You reveals a loner Mei Tachibana who needs no one in her life. Mei had no friends and never thought of interacting with others since she believed that she needed no friends or anyone in her life. This happened when Mei was betrayed by her best friends in elementary school. She vowed that she would never have anyone in her life, but everything leads to betrayal and heartbreak. Mei began to have good life alone, and she stayed away from love troubles. 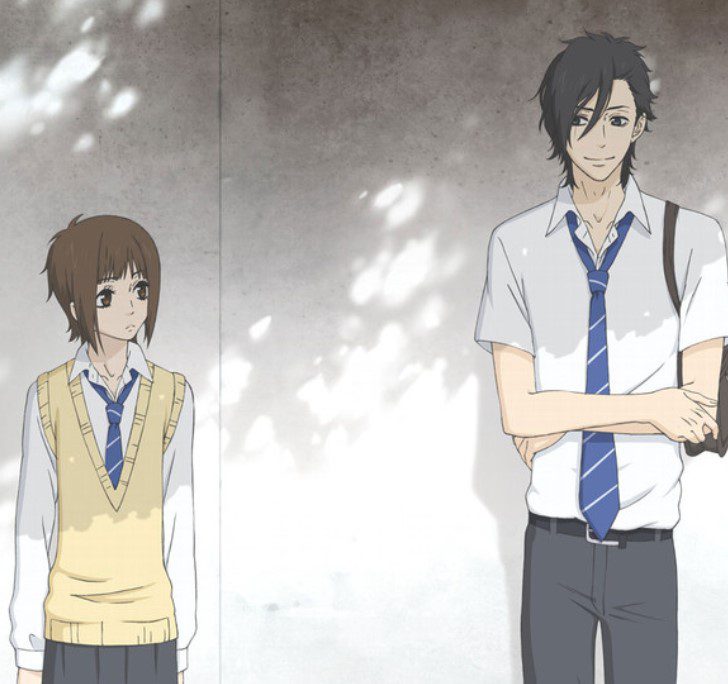 Say I Love You.

But her fate changed when she accidentally kicked the popular handsome guy at her school. Yamato Kurosawa realizes that a strange girl has kicked him, but he doesn’t mind or get angry. He begins to believe that a girl like Mei is fit for his everyday life. Yamato vowed to propose to Mei and decided he won’t accept no for an answer. Mei and Yamato get involved in an unwanted relationship that changes their lives forever. No one ever thought that Mei and Yamato would fall in love.

Reading a drama full of comedy, romance, and love between vampires and humans is also interesting. Orange Marmalade is one of the best and can be ranked in the top ten in the list of best dramas with romance. Even though vampires are a threat to humans, they have become used to them after learning to coexist with them. Few people discriminate against vampires, but some have fallen in love with vampires, which is not rare for humans. 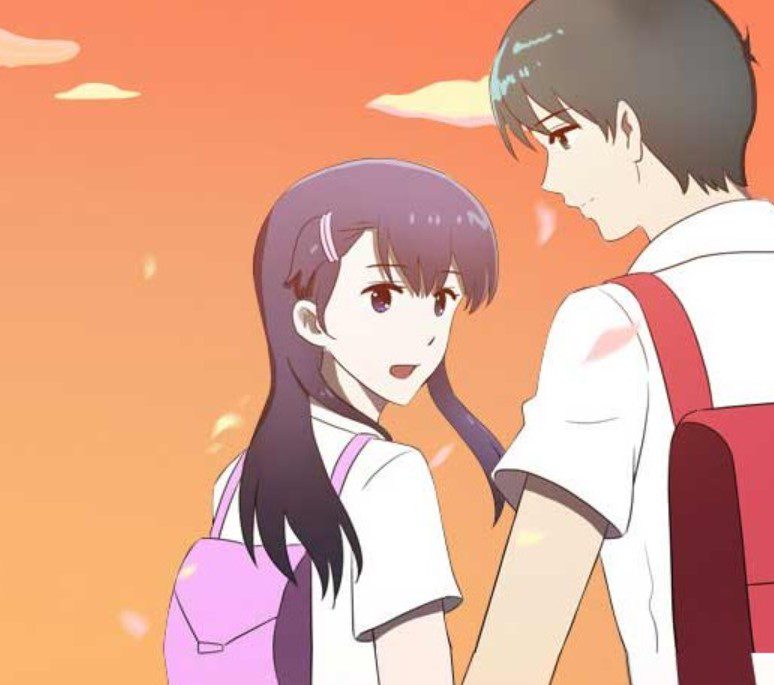 Mari Baki is a beautiful female vampire who always her identity, and she falls in love with a human boy known as Jaemin. Jaemin is the popular guy who hates vampires wholeheartedly, but Mari never tells him the truth. She wonders what will happen if Jaemin finds the truth about her identity. The romance and love story between a female vampire and a handsome boy has begun.

Yoshinaga was surprised when an unknown stranger confessed to her, and this steers trobles for her. Her friends and the girlfriend of strangers begin to bully her, and everyone female in her class begins to despise her, thinking that she is taking the love of life of someone. Yoshinaga decided to endure all the pain and solve the problem alone, but she was fortunate when one of her classmates protected her from the bullies. This new guy changed Yoshinaga’s life, and she began to like him whenever he got closer to her. But Yoshinaga is unaware that her hero has secrets behind him. 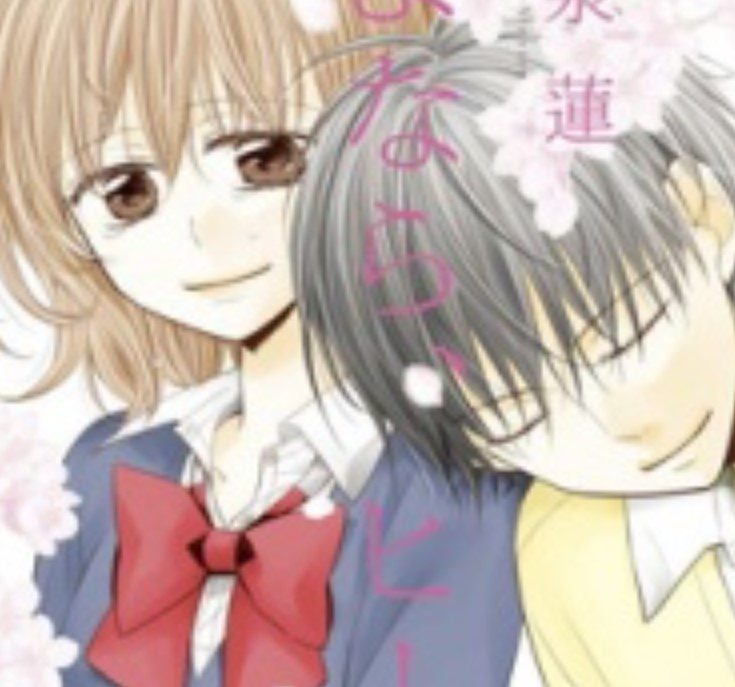 I Am Not An Angel

It is also great to look at the best manga from the 90s, and this is one of them. This manga reminds most of us about pure love and romance from the 90s that is still worth reading in this era. First-year student Midori Saehima encounters a tall, handsome man on a rainy spring day. The handsome boy was taking care of a stray kitten. Midori falls in love with the handsome boy without even knowing his name or which class he attends. 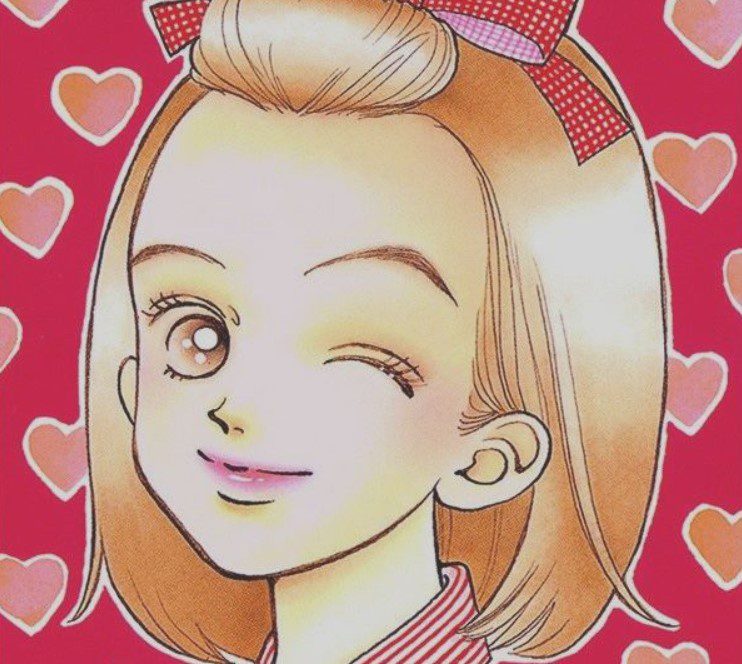 I Am Not An Angel

However, Midori fell sick during school vacation and returned to school. She discovered that she was selected as a candidate for the student council. Midori encounters a series of embarrassing incidents and finds that the boy she fell in love with is Akira Sudo. Akira was also selected as the candidate for the student council. The two fall in love, and it becomes a  bittersweet love story.

Also Read: One Piece Buggy: Everything You Need To Know About The New Yonko