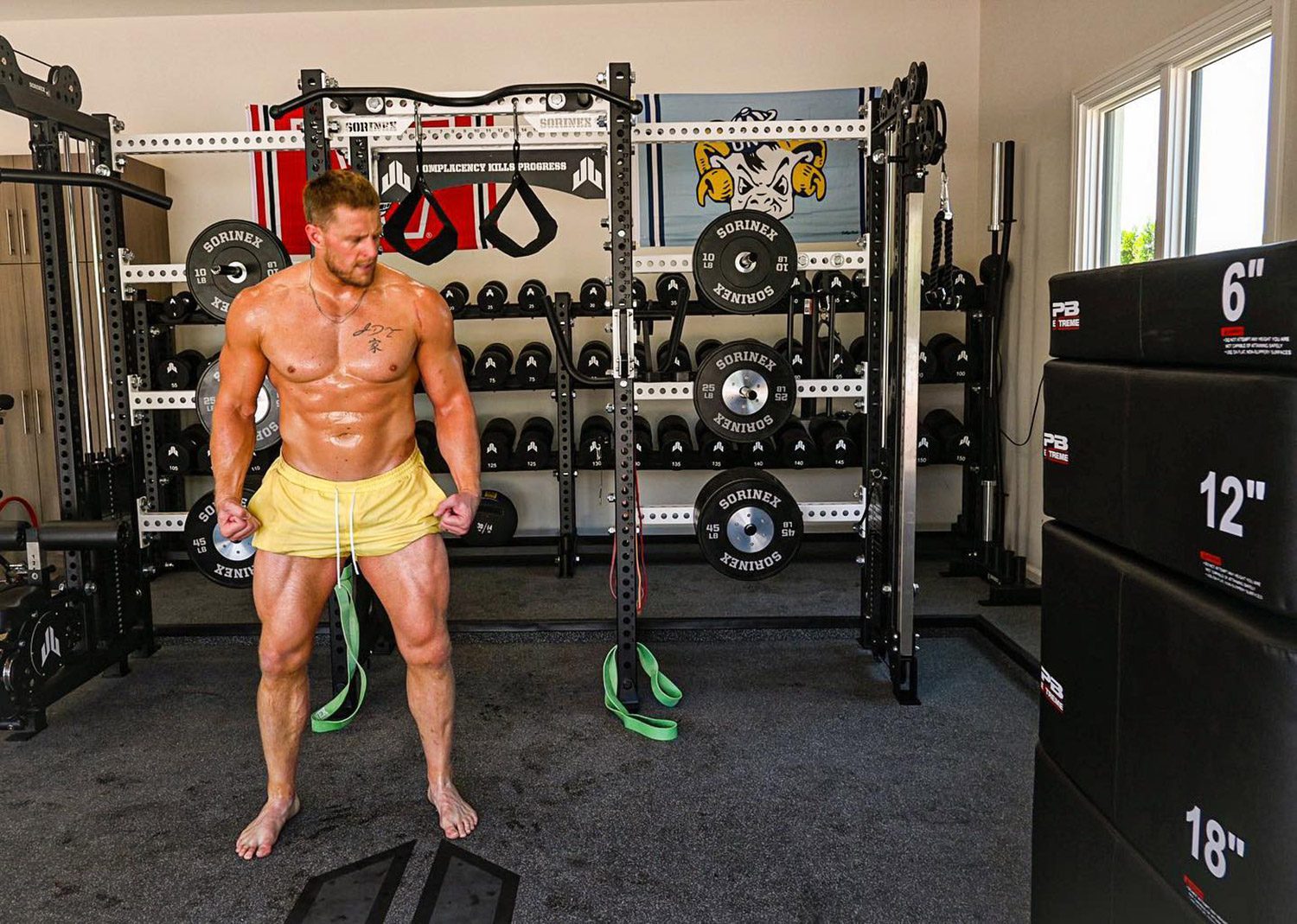 https://www.instagram.com/p/CfPeziuPqds/ hed: JJ Watt shows off his extremely ripped ‘dad bod’ as he works back from an injury

JJ Watt’s net worth is enormous, and it is justified considering his successful career as a footballer. The American football player is immensely talented and famous. He has fans around the world. The player is popularly known as the “sack master.” JJ Watt plays as a defensive end for the Houston Texas.

Nevertheless, this player is not known only for exceptional talent; he is also famous for being a kind-hearted human. The footballer is recently gaining praise from fans around the world. This gentleman offered to help a fan who was in desperate need of it.

The 33-year-old Arizona Cardinals player contacted a fan after she announced selling a pair of sneakers and a Watt Texans jersey. A woman named “Jennifer Simpson” took to Twitter and wrote that she was compelled to sell good shoes to raise money for her grandpa’s funeral. Nevertheless, JJ contacted her and asked for help. Some people say that JJ Watt’s net worth is huge; it is no big deal if he helps the poor woman. However, one thing is sure JJ has a very big heart.

JJ Watt’s net worth is quite impressive. The famous player has accumulated this net worth through his years of hard work and talent. The net worth of this sack master is $50 million. He was first drafted by Houston Texans in 2011, which kickstarted his professional football career. JJ had strong high school and college score. Not just that, JJ has been an achiever all his life; He has won the AP NFL Defensive Player of the Year Award several times. The player married his longtime girlfriend, Ohai, in a lavish ceremony in 2020. 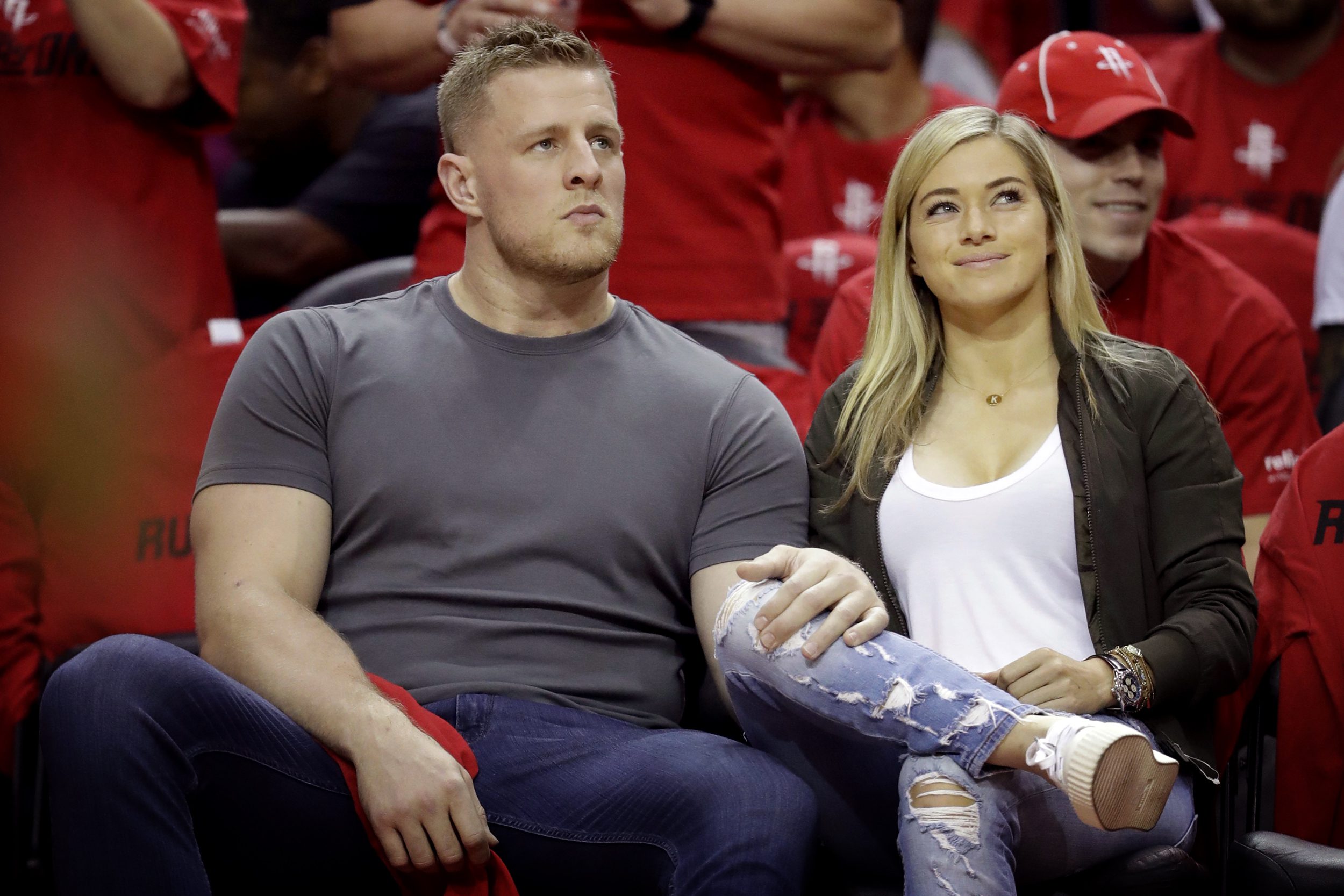 JJ Watt’s net worth became the talk of the town when in 2014, he signed a six-year deal with the Houston Texans worth $100 million. Not just that, he got $10 million as a bonus, and almost 50% was guaranteed. The deal was a turning point in his career as the deal made him the NFL’s highest-paid non-quarterback. Just after getting selected for Houston, Texas, he signed a 4-year contract worth $11 million. The year 2015 proved to be the most struggling one for the player. He went through many injuries. Nevertheless, this epitome of talent still played and performed well. It was in 2016 that JJ had to go through groin surgery, herniated disc surgery, and back surgery.

Also read: What Is Jade Cargill’s Net Worth? What Are The Earnings Of The Female Wrestler?

Along with deals worth millions, the player has many estates and endorsements with him. And JJ Watt’s net worth results from these contracts, real estate, and endorsements. The player ears on the field and off the field. JJ Watt has been associated with top brands such as Reebok, Gatorade, Ford, and Verizon. It is through these endorsements that JJ earns around $7-$10 million in a year. In 2015, he bought a house in the southeastern Wisconsin area of Summit. The massive house covers an area of 4,500 sq feet. The talented player paid around $800,000 for this home. JJ Watt’s net worth is huge, and to maintain it, he keeps on investing in real estate.