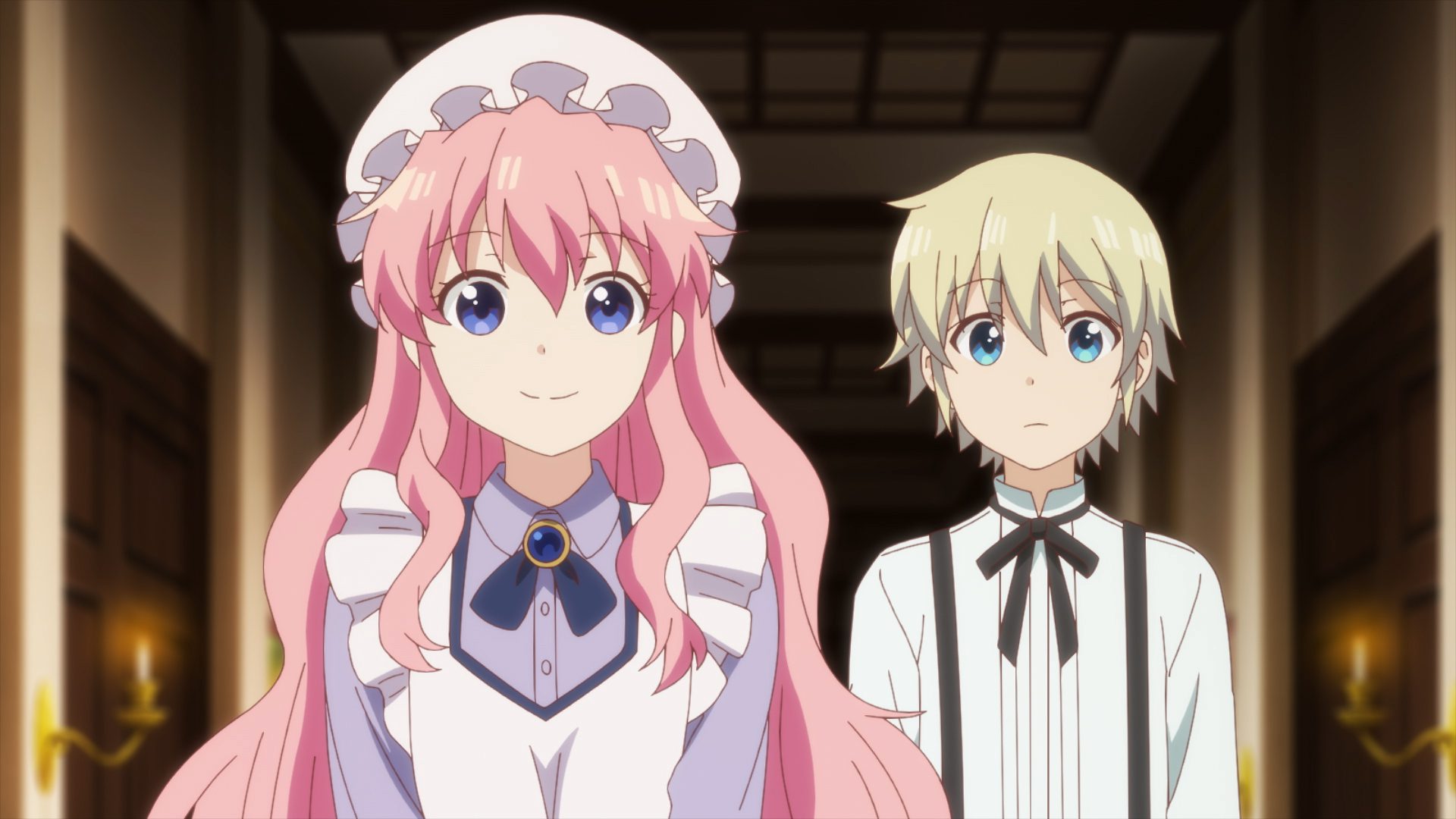 We see in episode 4 that there is great praise for Pharma’s treatment of Elizabeth, but Bruno warns that his knowledge may be considered heresy. He also informs Pharma that someone might have intentionally infected her. Noah, a page in Elizabeth’s court, informs Pharma that she is planning to reward him. Pharma decides to open a pharmacy that will treat nobles and commoners alike. Elizabeth fears she is unfit to rule until Pharma persuades her that she is still required. After Elizabeth’s recovery, Bruno is awarded new lands, and Pharma is promoted to Royal Pharmacist and allowed to open a Pharmacy in the capital. Pharma designs his perfect pharmacy, but because of a miscommunication and talking to himself, Parallel World Pharmacy is accidentally named after it…

Although “The Empress and an Imperial Charter”, which lacks the interesting conflicts that captivated viewers in previous weeks, is consistently charming and entertaining. For instance, Farma’s interactions with Queen Elizabeth II don’t carry a great deal of dramatic weight except to confirm her ongoing recovery from tuberculosis. Honestly, I am not going to tell you that my enjoyment of this section of the episode was directly due to the Queen’s sheer beauty. No, I will not. I will say, however, that I also appreciated Farma’s wisdom regarding the Queen’s fears over experiencing “death”. Reincarnation anime tend to make protagonists seem completely unconcerned with their own mortality, so I appreciate Farma’s use of his experiences and reflections to improve his life and other people around him. Great job. 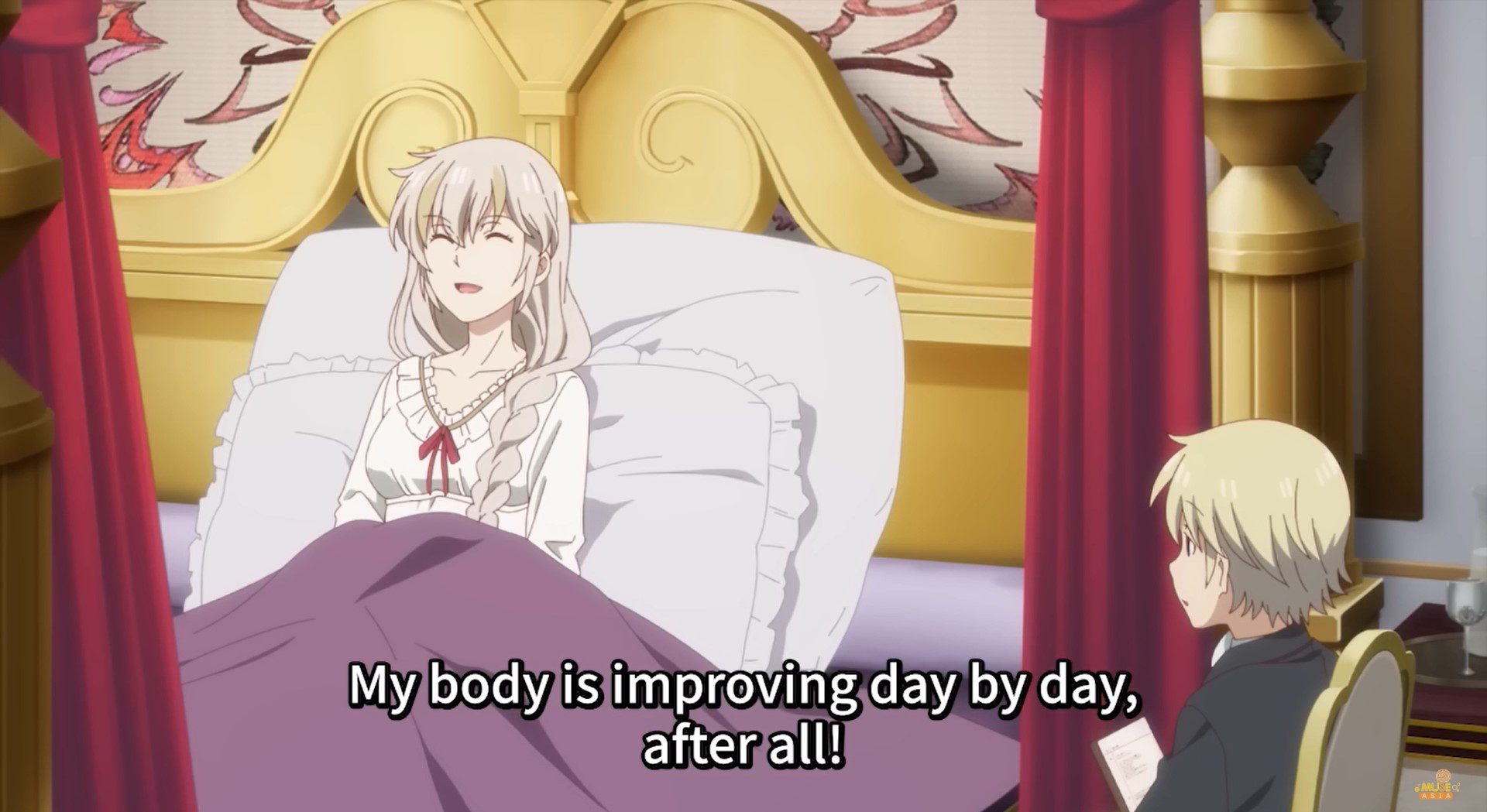 Through the promotion in rank to Royal Pharmaceutist from the Queen (not to mention a literal stack of gold from his dad), Farma is finally able to realize his lifelong dream of operating a friendly and affordable community pharmacy. In typical Farma fashion, he stumbles into starting an underdog medical center, doing so with humility and goofy charm to the point where he accidentally names his new venture Parallel World Pharmacy. Everyone goes along with it without question. It’s an earnest and stupid joke that I can’t help but admire. However, the best part of this section is when the snooty old head of the Pharmaceutists’ Guild arrives to intimidate Ellen. (Don’t worry about Ellen usurping her position as Best Girl of Parallel World Pharmacy. Ellen’s domain is unquestionably secure.) At least one more adult should be on hand to help run the place, if only to keep people from asking too many questions. It’s great when Bruno asks Cèdric to “retire” so Farma can hire a proper accountant. The character development is excellent, the world-building is solid, and, most importantly, this anime has a lot of heart. I’m hoping it can keep up the momentum for the rest of the season. If only all other anime were half as well-conceived.

Also Read: The Devil is a Part-Timer! Season 2 Episode 4 Release Date: Maou Wants to Fight Back

In Parallel World Pharmacy, the plot revolves around Kanji Yakutani, a famous medical researcher who committed his life to discovering new treatments after losing his younger sister to an undiagnosed illness. He wakes up in a 10-year-old child’s body, struck by lightning. Upon discovering that he has been reborn in a medieval setting, Falma learns that the custodian deity of medicine lives inside him. On a planet where divine arts exist, Falma discovers that he has been reborn as Falma, another member of the De Médicis family. 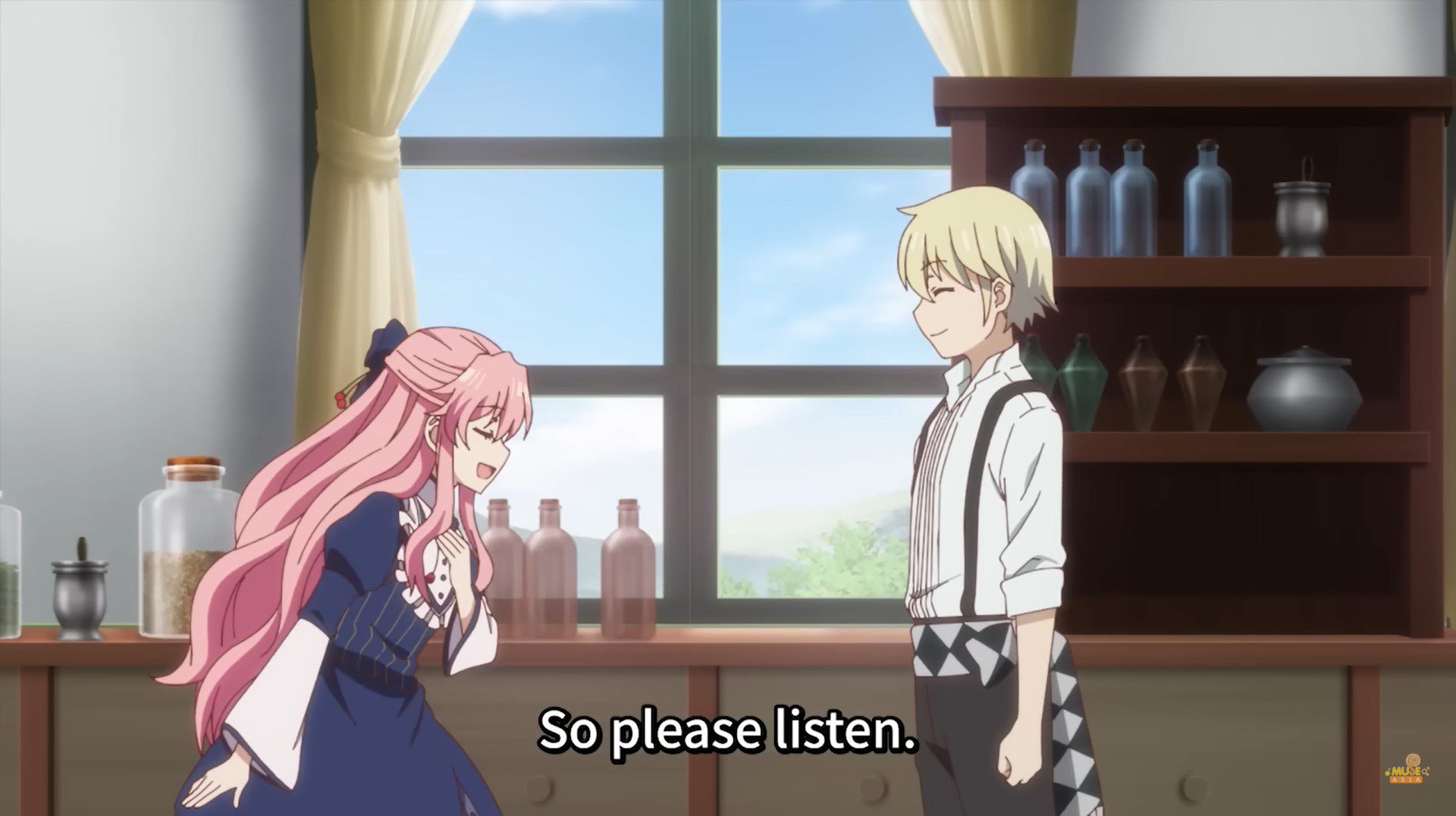 He rapidly discovers the horrible state of psychology in this world, where the wealthy can afford, at best, detrimental and at worst ineffective treatments. The child is endowed with the ability to recognize physical diseases instantly in other individuals and possesses the fabled divine ability of synthesis and elimination. By combining modern knowledge with his divine gifts, Falma gradually becomes a pharmacist; he earns the admiration of the imperial court. Until he eventually earns his professional pharmacy, Falma aims to make healthcare much more accessible to all in the San Fleuve Kingdom.

Fans can watch episode 5 of Parallel World Pharmacy anime on Crunchyroll. Also, you can watch all the previous episodes on the same.

Also Read: RWBY: Ice Queendom Episode 6 Release Date: Do You Have A Plan?