RWBY: Ice Queendom Episode 6 is set to release this weekend. An anime adaptation of Rooster Teeth’s animated web series RWBY is being developed by the studio behind Puella Magi Madoka Magica. The project will be titled RWBY Ice Queendom and will be a collaboration between Rooster Teeth and Japan’s Shaft animation studio. In addition to the original anime series, there is a video game adaptation and a spin-off series, RWBY Chibi, based on the series.

The anime adaptation of RWBY has been announced by a Japanese animation company. In July 2022, RWBY: Ice Queendom, an anime series based on Monty Oum’s web series RWBY, premiered. A manga adaptation authored by Kumiko Suekane appeared in Dengeki Daioh magazine in June 2022.

Despite the omnipresent threat of Grimm, humans, and Faunus, hybrids of humans and animal beings live normal lives in Remnant. A gang of warriors known as Hunters or Huntresses stands up to these beasts to rescue their world, in the meantime, in Rooster Teeth’s popular computer-animated series RWBY, created by Monty Oum. In the story, Weiss Schnee, Ruby Rose, Blake Belladonna, and Yang Xiao Long are the primary characters who must overcome obstacles to save Remnant.

This episode was calmer than the previous one but had a few nice moments. The highlight of the episode was Dream Pyrrha’s performance of Mirror Mirror. Yang and Blake were also hilarious in several parts of the episode (and I like Blake’s dream design). That was probably one of the most “Shaftest” moments so far in the series. Once again, it takes time for elements of the world to be established, including the integration of Blake and Yang into the dream world. There’s more cutesy humor here, not as straightforward as in RWBY, but more than was possible in the first three episodes, which were mostly recaps. 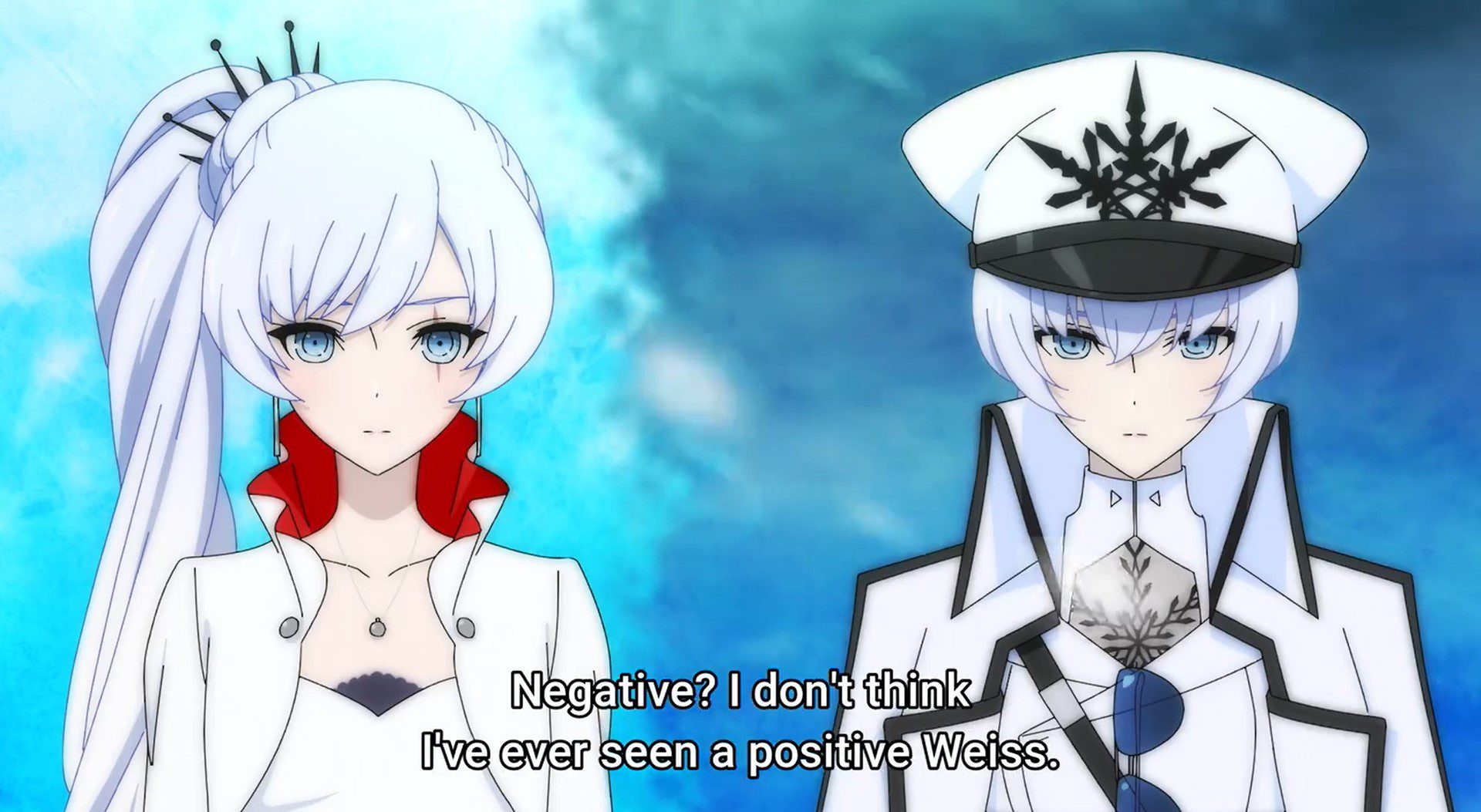 As well, unlike standard RWBY, the cast is reduced, which allows the title to focus more on the characters than on many other plotlines that compete for space. I was surprised to hear Pyrrha’s VA singing Mirror Mirror, Weiss’s theme from the main show, in English. I wonder how the dub version would handle that moment since I am not sure if Jen Brown is capable of singing it. It can be a bit odd how the editing is done; sometimes shot cuts seem too abruptly strung together during dialogue scenes, while other times, such as the final few minutes, it works well.

Huntsmen and Huntresses in Remnant have their own “Semblances” that draw on their inherent abilities to fight the monstrous Grimm. In the regenerationist fantasy world of Remnant, humans, and Faunus – hybrids of humans and animals – battle the monstrous Grimm with weapons tailor-made to their abilities. The four kingdoms of Remnant have established schools for training and mentoring children aspiring to become hunting license holders. Warriors use crystallized energy propellants to make their weapons possess elemental properties known as “Dust.” 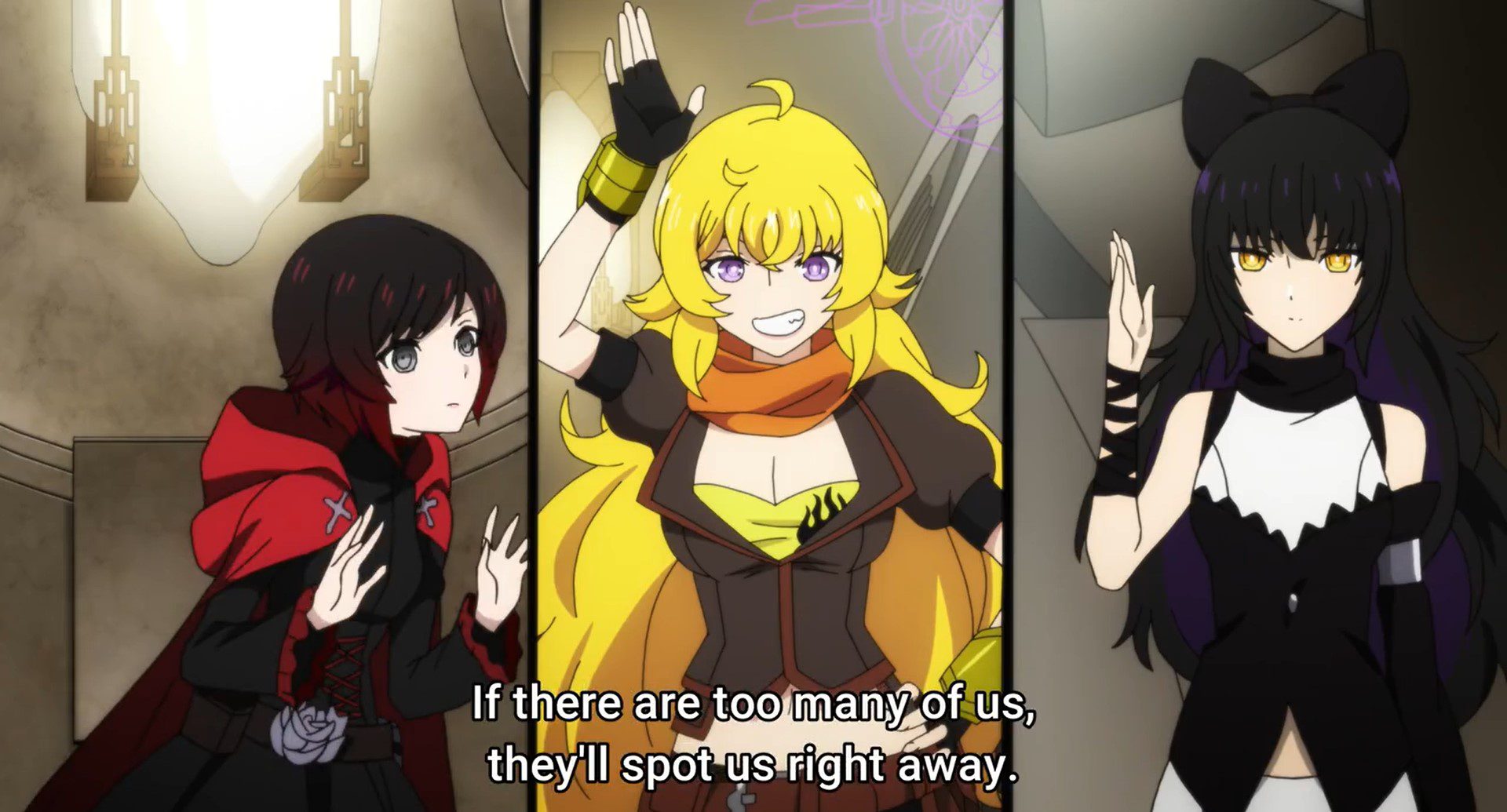 Four future hunters attend Beacon Academy in the Kingdom of Vale: Ruby Rose, Weiss Schnee, Blake Belladonna, and Yang Xiao Long. They come from different backgrounds and frequently disagree. As a team, they developed into a powerful force. Ruby, along with her friends on Team JNPR and a few other teenage prodigies, went on adventures pitting them against the White Fang, an extremist Faunus group. Each encounter brought them close to discovering who the group’s real opponents were.

Fans can watch Rwby Ice Queendom Episode 6 on Crunchyroll when it is released till then, you can watch previous episodes.