Season 14 of the iconic MTV program “Splitsvilla” is now available. The show debuted on November 12, 2022. Each and every Splitsvilla fan is eager to learn the most recent information about the program.

We have gathered all the information about the Upcoming Episode of splitsvilla Season 14. Sunny Leone and Arjun Bijlani are the hosts of Splitsvilla X4 season 14, although Ranvijay Singha, who has hosted the majority of its seasons, is not.

Rishabh Jaiswal begins Splitsvilla 14 Episode 6 by reading the letter and instructing everyone that they must separate into three-player groups for the job. Rishabh Jaiswal, Aagaz Akhtar, and Sohail D plan to play together, but other guys tell him to make a sensible decision.

Arjun asks Rishabh about last night when they finally get to the challenge site, and an irate Aamir Hossein and others accuse Rishabh of being a hypocrite. Sunny continues by informing them that they need to gather a book of flowers in order to get to the Island of Fling. The assignment for today is named “Book of Roses,” Arjun then declares. 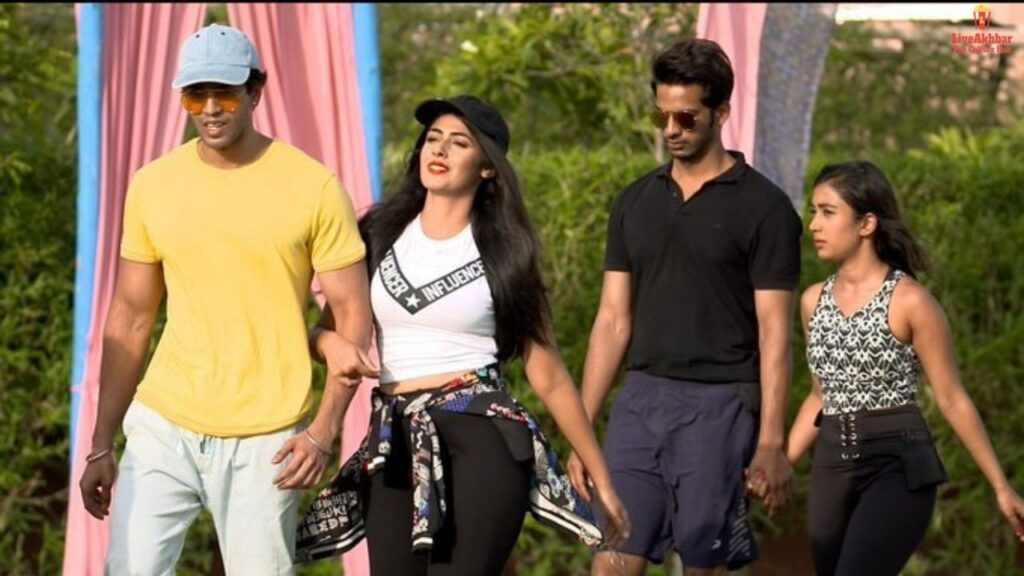 Hamid blocks Justin’s path as Kashish first climbs upon the drum, but Justin swiftly tackles him and begins handing Honey the roses while doing a silly dance. Meanwhile, Amir and Joshua start shaking Kashish, causing him to tumble. While Amir and Joshua are attempting to make Kashish collapse, he manages to cling on. On the one hand, Hamid is striking the love board’s roses.

Even after Kashish is knocked off the drum by Amir and Joshua, Justin continues to perform silly dancing positions to woo Sunny. Meanwhile, Hamid has fixed several flowers on the love board. 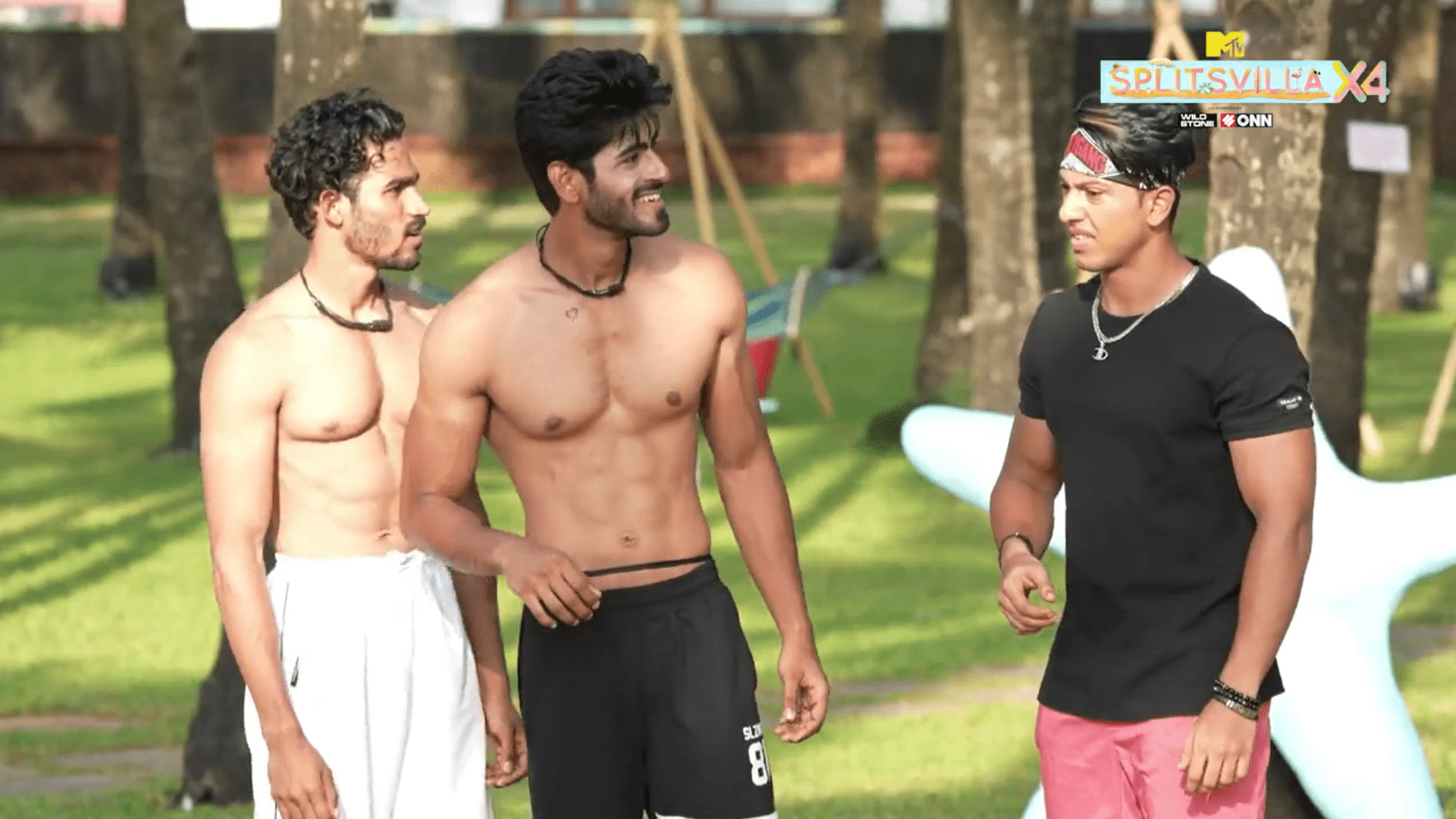 While Sohail and Aagaz are attempting to knock Joshua to the ground with the drum, Rishabh is blocking Amir’s path. Hamid is unable to move since Rishabh is holding him so firmly, but after thirty seconds, he is given the opportunity.

Joshua stumbles to the ground, frustrating both Hamid and Amir before Hamid can give Amir any roses. Joshua stumbles multiple times as a result of his dizziness, and Amir refers to him as “Papa Ki Pari” for being frail. Joshua’s poor performance causes Hamid and Amir to harvest fewer flowers than they intended.

The two boys are shaking Aagaz while they chant, but he is still holding on to the drum while Rishabh quickly goes past the obstacle in his way. Meanwhile, Rishabh presents flowers to Sohail while adopting hilarious dance postures, making it hard for Sohail to let go of the roses. Aagaz makes one mistake, but their team still manages to lay a sizable number of roses on the love board. 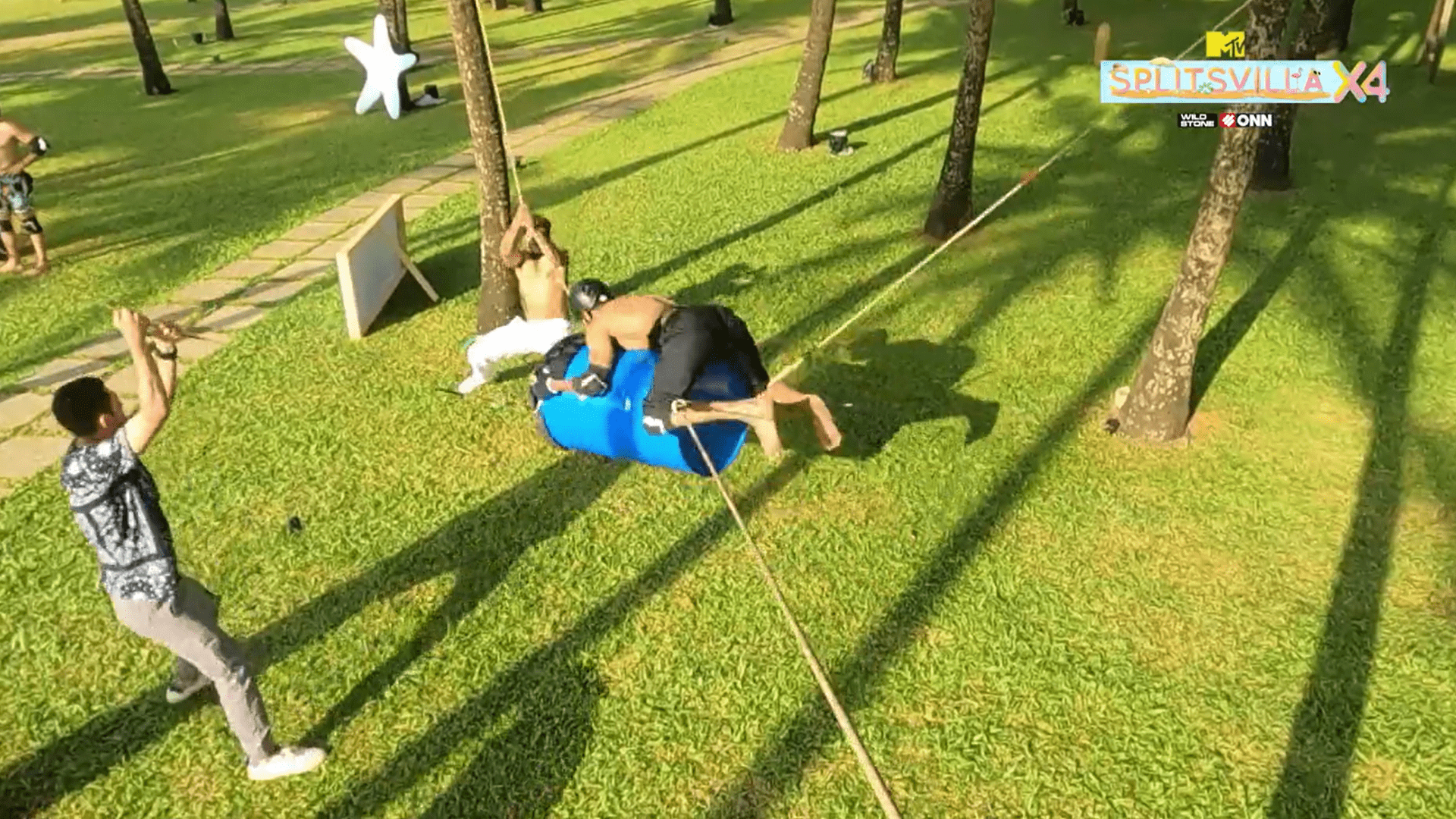 Justin receives lovely roses from Sunny. While Rishabh’s team wins with 35 roses, Kashish’s squad only collects 31. Sunny continues by saying that the winning party will attend the Pool party, and a member of team A will have the opportunity to participate in the game. Later, about going to the party, Kashish, Justin, and Honey argue at the villa. Kashish and Justin finally decide on Honey so that he may attend the pool party after much disagreement.

While the women are dancing by the pool, the guys enter, and Saumya Bhandari greets Sohail. Since she believed that Aagaz and Aradhana shared a unique connection, Shera Shimran was horrified to see them cuddling. Urfi Javed asserts that all she needs to wear is a Sindur and is delighted to see Kashish’s locket. Hamid begins to flirt with Akshalina Chandra as they begin to spend time together. Aagaz and Shera later got into a fight about his meeting with Aradhana.

Season 14 of Splitsvilla just got underway on November 12, 2022. The new Season’s first six episodes have been watched by audiences, and they are really enjoying it. Splitsvilla X4 season 14 is shown on MTV every Saturday and Sunday at 7 p.m. Additionally, Voot offers instant access to it. Splitsvilla Season 14 Episode 8 is going to release on Sunday, December 3, 2022.