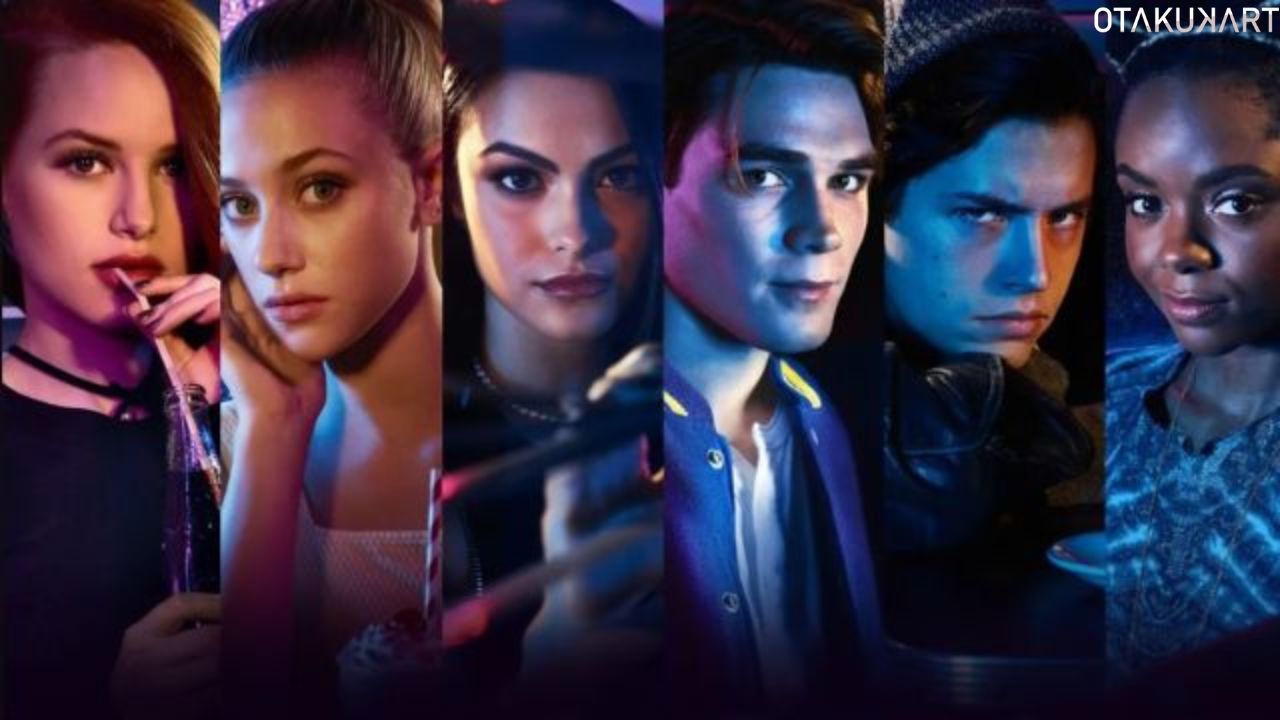 Officially, Riverdale is coming to an end. In this article, we shall discuss the last and final Riverdale Season 7 release date and much more related to it. Over 110 episodes of Riverdale have been aired since its 2017 debut, which some could argue is more than enough. That being said, Season 6 has three episodes left and is still in full force, while Season 7 will likely add at least 15 episodes to the total. There is a tonne more magic, murder, and small-town shenanigans to come.

This teen drama television show called Riverdale is based on the Archie Comics characters. All binge-watchers will concur with us when we state that the most frequent notion we all have whenever our favorite series is renewed for more seasons is what the show’s climax will be. For the seasons, there have been a number of surprises that force viewers to predict both the series’ conclusion and its future. It will definitely be an emotional moment for viewers as their beloved series will finally end. 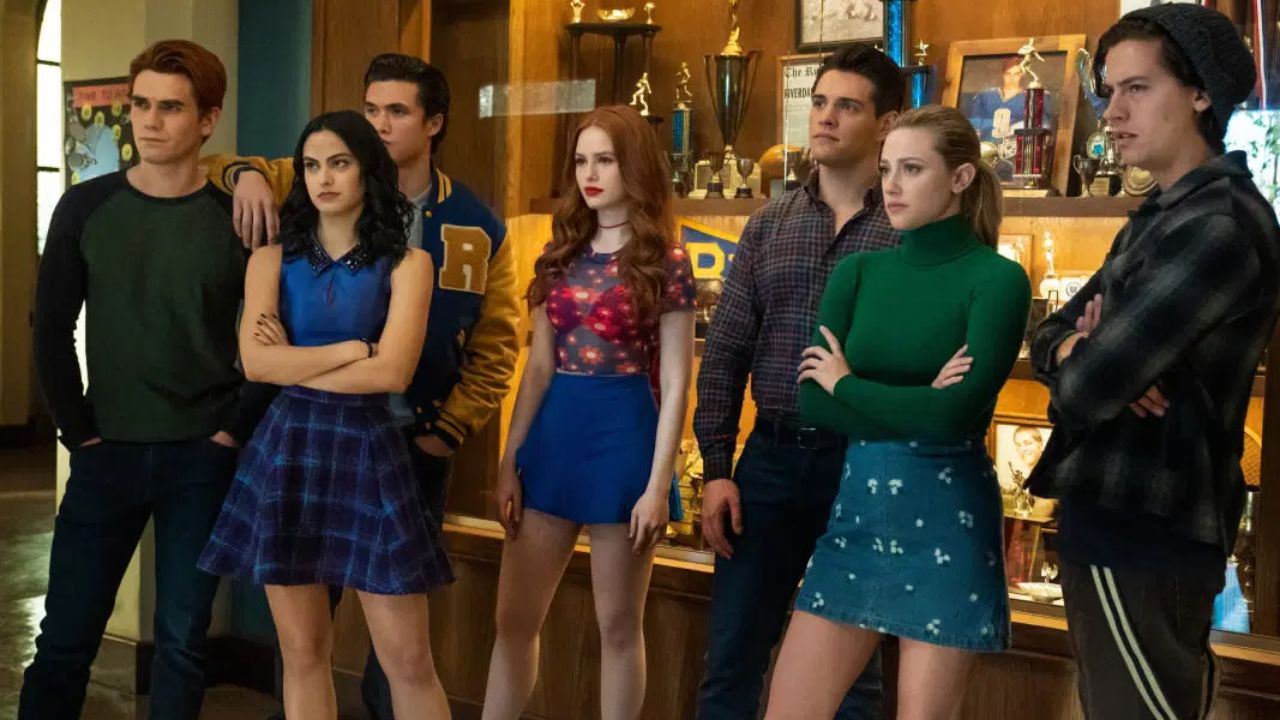 Thus, fans just cannot wait for the next season. So, without further ado, let us check out Riverdale Season 7 release date and everything we know so far.

Riverdale is an American teen drama based on the Archie comic book characters. The plot revolves around four teenagers who attempt to uncover the evil secrets of a murder that occurred in the show’s titular town. Following the murder of a teenager in Riverdale, a group of teenagers, including the jock Archie, the girl next door Betty, the new girl Veronica, and the outcast Jughead, attempt to uncover the evils lurking within this seemingly innocent town.

Riverdale has a lot for viewers to watch, with teacher-student romances, hook-ups, and hot tub high jinks.

Riverdale has an impactful ending to each season. The season 5 finale begins with Reggie informing Veronica that he failed the test required to become a stockbroker. He does, however, have another plan to open a casino with Veronica here in Riverdale. Riverdale has had a lot of witchy connections in recent months, especially with Riverdale Season 6 going full supernatural. But I liked how this chapter accepted its absurdity and went for it.

Archie is happily married to Betty, and the couple has two children, Fred and Polly. Toni is signing a peace treaty with the Ghoulies, while Jughead is happily writing comic books in an old-fashioned Pop’s.

Here we go with the discussion of how season 6 concluded. After several failed attempts to persuade TBK to attend SlaughterCon, Betty discovered the serial killer waiting for her in her garage on Sunday’s Riverdale, complete with a candlelit meal. Betty spent an hour doubting her own darkness before ultimately confronting the man who had said they were “soulmates.” In the end, Betty declared that she is not like TBK before shooting him with her father’s firearm. This could mark TBK’s demise.

In order to save the day and put an end to Percival Pickens’ death scourge, Sabrina Spellman is here. Sabrina is the most potent witch in the Riverdale realm. The initial attempt by Sabrina to bring Jughead back was made with good intentions. 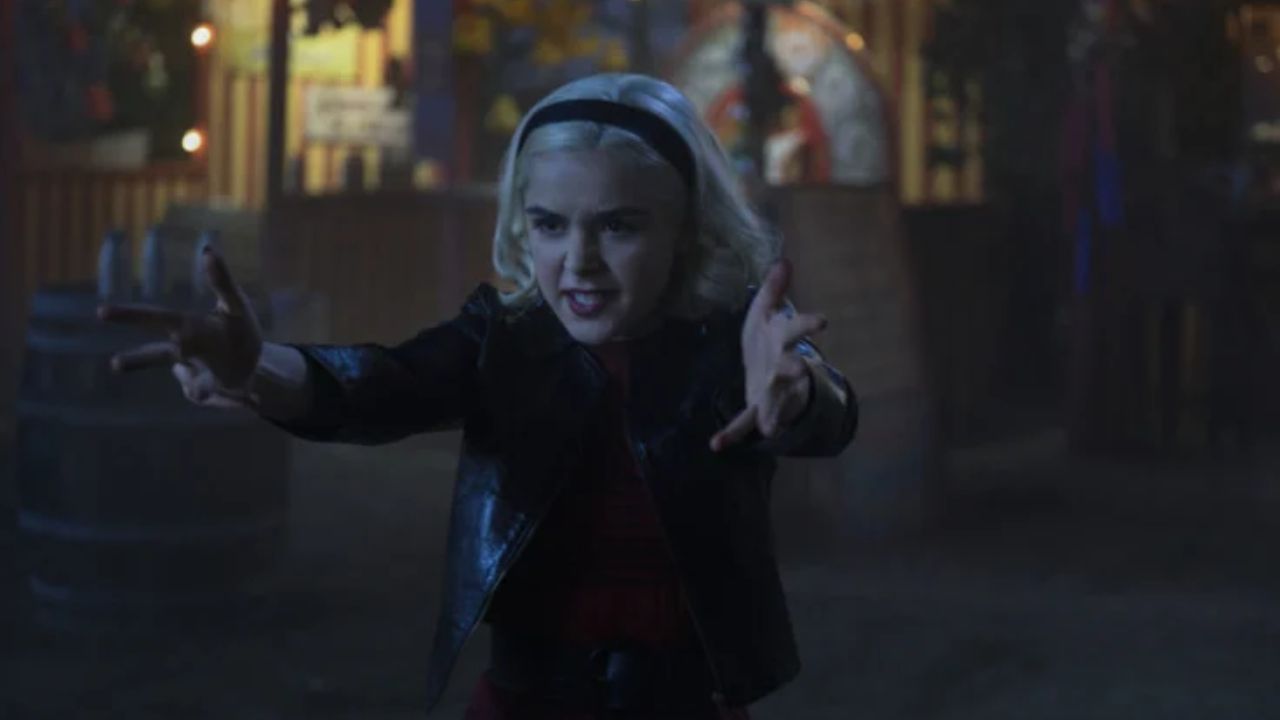 The last episode begins during a fictitious funeral for Nana Rose because everyone is attempting to deceive Percival into thinking they are in mourning when in fact, their loved ones’ bodies are on ice waiting for Sabrina to arrive and bring them all back to life. With fewer than 12 hours left, Sabrina rides in on her literal broomstick to bring everyone back to the real world and into their bodies. But she requires a coven of at least six witches in order to accomplish that. The first affix their signature to a book of witchcraft. After that, they swear fealty to Hecate.

Finally, they have a dance party in which they all have to dance like it’s the 1950s. Cut to Sabrina returning to the real world with Jughead, but it’s not Jug. Nick Scratch has taken over Jug’s body! Sabrina’s boyfriend is Nick Scratch. Even as corpses, Nick and Sabrina exuded chemistry!

Toni, Jughead, and Archie are helped by Cheryl, Tabitha, and Betty. Veronica is left in a void because she has no one to turn to. Sabrina notices Betty’s absence and explains why Ronnie should be summoned so she can have Archie. Veronica is attempting to entice Archie back into the family, but he is content with Betty and the kids, and Cheryl returns to pick up Toni and Fangs only to discover that her beloved Jason and Polly are still living here!

Also Read: Breeders Season 4: All That You Should Know

Sabrina tells Cheryl that she has the power of the phoenix, which means she has the gift of resurrection, something Sabrina should’ve told her a long time ago! She gets ready to leave. But before she takes off, she warns Cheryl that bringing her friends back could have consequences because “death doesn’t like to be cheated.” Cheryl is going to irritate the universe because she brought back not only Toni and Fangs but also Jason, Polly, their children, and Nana Rose! 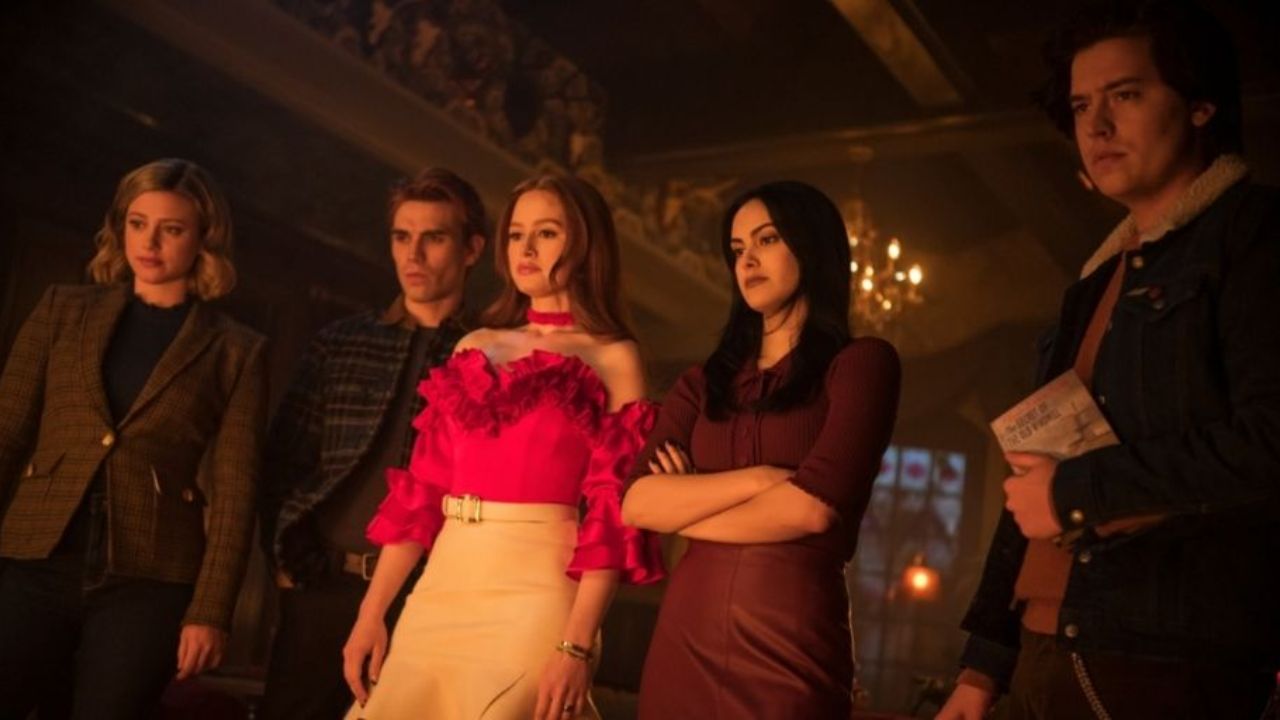 Archie has also returned, and he tells Betty about his heaven with her. But, according to Tabitha, Archie may not be able to return to that heaven. She goes to see Veronica and tells her that Betty and Archie are the endgames in a lot of future scenarios. In almost every case, Veronica and Archie end up together.

Reggie and Kevin, who have both grown, finally received some redemption, albeit a bit too late. They wouldn’t be imprisoned in the vault as Percival’s prisoners if they had only recognized the light sooner. Even so, they deserve praise for acting morally. Reggie killing Kevin would have been bad since it would have made him an unforgivable evil.

Marty would have ultimately found out how Reggie received the heart transplant, too. He would have died with guilt. Reggie and Kevin should make the most of their extra time to figure out a way to stop Percival. Returning to the mortal realm would seem horrible after weeks of Tabitha and everyone else discussing their impending deaths.

We don’t know what Riverdale season 7 has got for us. We can just wait for the season to come.

All of the main characters will return in the final season, according to The CW Television Network. The cast of the show includes Madelaine Petsch as Cheryl Blossom, Camila Mendes as Veronica Lodge, Luke Perry as Archie’s father Fred Andrews, Lili Reinhart as Betty Cooper, Cole Sprouse as Jughead Jones, KJ Apa as Archie Andrews, Ashleigh Murray as Josie McCoy, and Cole Sprouse as Jughead Jones.

We must wait till The CW releases the information for the new season before assuming that the show will introduce more new characters.

The drama in Riverdale seems far from done. Archie is setting up the Ghoulies and Serpents for another turf battle, Hiram is probably temporarily dead, and the Trash Bag Killer has made a comeback. The biggest challenge for the remainder of the season will undoubtedly come from Betty, given their complicated and close relationship. 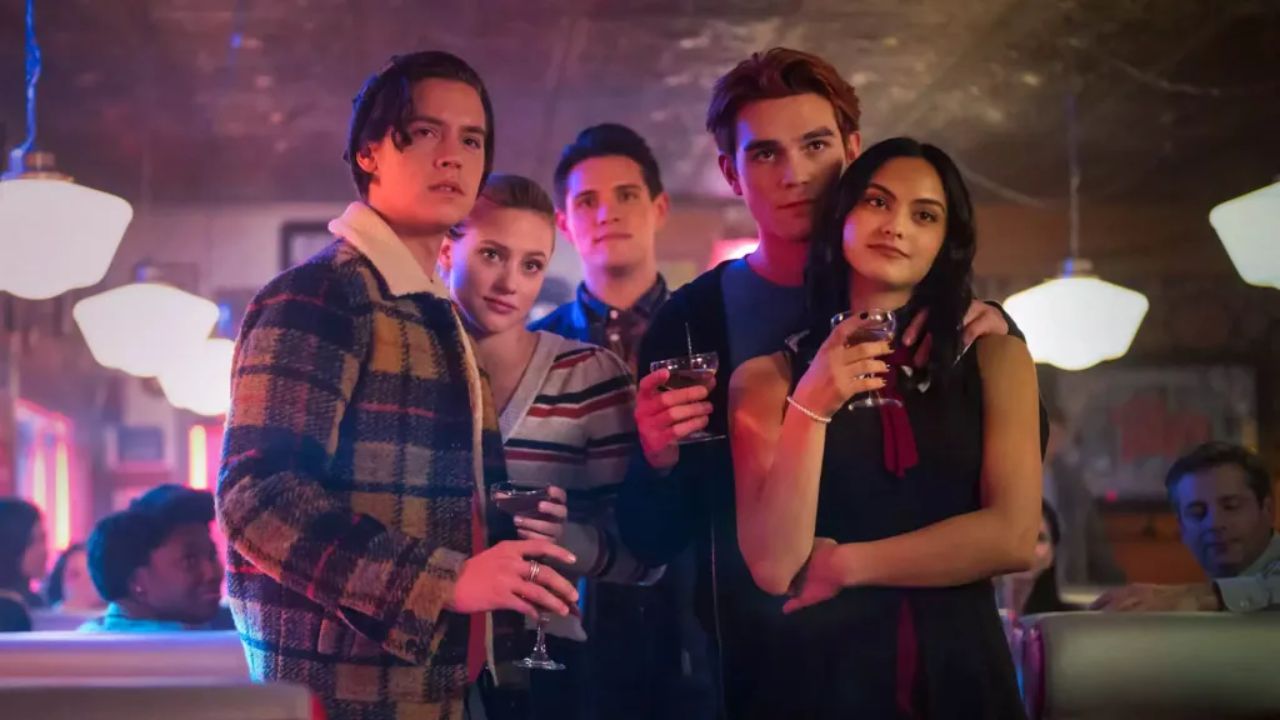 We don’t know what else will unfold during the seventh season of Riverdale, as is the case with most things that occur there. Fans can expect a new genre to be explored in Season 7, as well as a new and savage antagonist that these characters will have to fight and strive to defeat. Fans are hoping that, like most things in Riverdale, their favorite characters will connect in some thrilling factors to keep us on the edge of our seats. However, in the next section, check out Riverdale Season 7 release date.

The sixth season of Riverdale, which debuted on November 16, 2021, was picked up in February 2021. The CW approved Riverdale season 7 in March 2022, although many questioned whether it would be the final season of the show at the time. Details were largely kept under wraps, but this will mark the end of the series. The exact date of the premiere has not yet been decided. However, the mid-season premiere of the show’s seventh season is set for 2023, most likely between January and May.

Thus, this was all about Riverdale Season 7 release date. By the time, stay tuned for updates ahead. Keep streaming!!