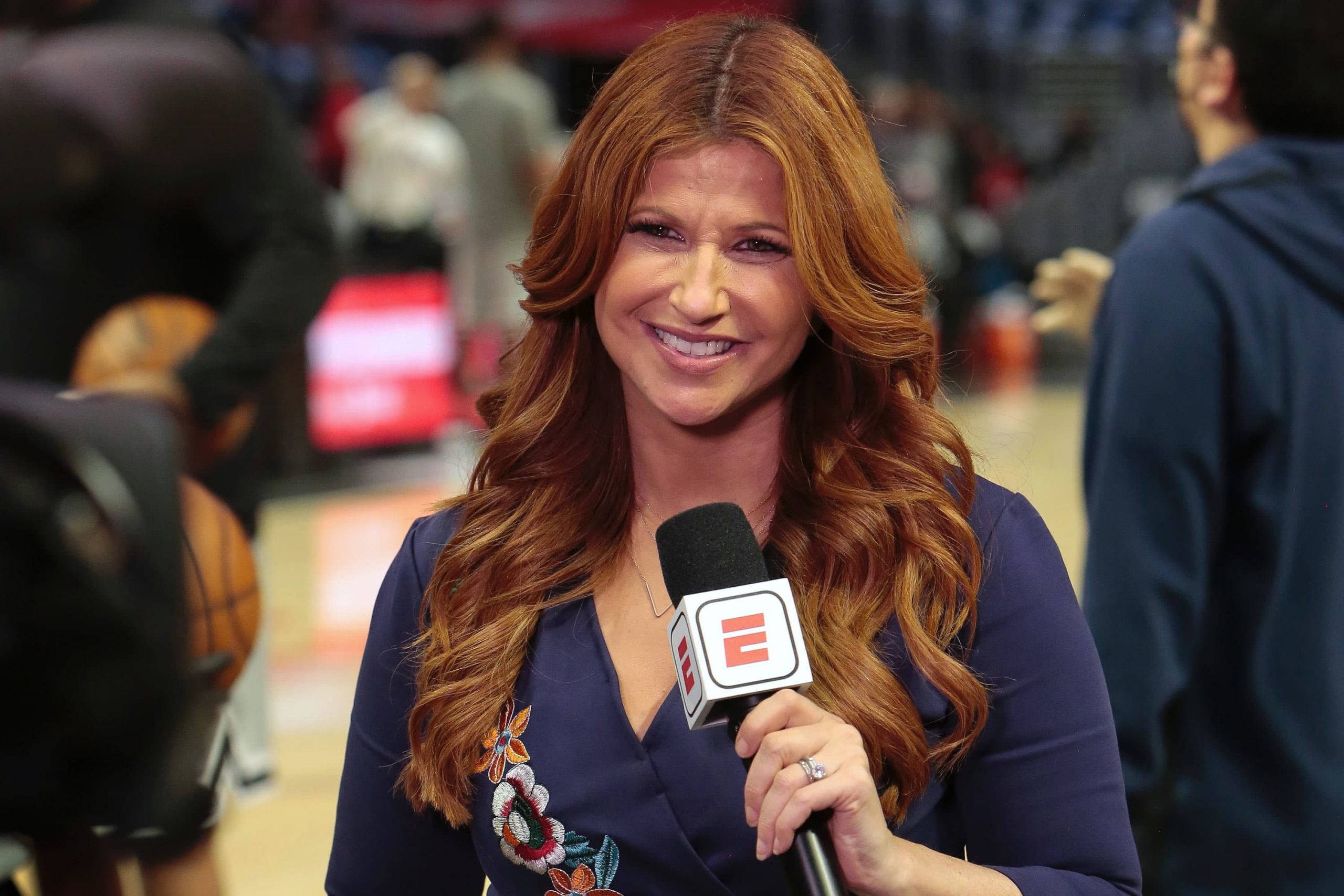 Rachel Nichols has been fired and here is why. She used to work as a host for the ESPN show called The Jump. After the channel got to know about what she has said, even her program was canceled from the channel. At the same time, Rachel got herself fired and axed from almost all the NBA programming. This ended her career at the sport’s network and at other gigs in general after she was recorded saying racial remarks at a colleague which were quite offensive.

Rachel has been hosting The Jump for almost 5 years now. Maria Taylor is one of the persons working along with her at the network. A leaked video of Rachel concludes the remarks that Maria Taylor was just given the job because she is black. Rachel can be heard saying that the studio gave them the assignment so as to promote diversity on their stage. This was totally offensive because Rachel did not take any account of the fact that Maria is actually very talented. She was obviously racially biased and thus, wanted to have an excuse as to why Maria must be hired for the role.

Later, after Rachel was fired, ESPN revealed its thoughts on the matter after taking strict actions against the accused. David Roberts is the senior vice president of ESPN and he talked about how the channel has mutually agreed amongst its board that such remarks made on a person of color are brutal and thus, the approach which they took in order to remove Rachel from all the NBA coverage, was something that was crucially needed. A still of Rachel Nichols

Why Did Rachel Nichols Got Fired

This was when Roberts did an interview with some of the sports magazines. They also left some thoughts about Rachel. David talked about how Rachel is an excellent reporter as well as a host and a journalist. She has served the channel in many ways over the past few years and he thanked her for her contributions to the NBA Content in general.

Well, Rachel took to Twitter in order to announce her goodbye from The Jump. She never addressed her incident or apologized for the same. Simply, Rachel wrote that The Jump was never meant to last for a long time but she had fun while making it and it was some of the best times of her life.

What About Her Contract?

Now, you guys should know that Rachel still had a year left on her contract with ESPN at that time. But she did not appear in any one of the contents put forward on the channel after the same remarks. As for Maria Taylor, she also left ESPN after all of this chaos in order to work for NBC instead. The conversation in which Rachel can be heard saying racially motivated remarks were recorded during the 2020 NBA season restart. It was taken into account by an unknown party.

The same was quite embarrassing for the host. She did not know that the COVID Bubble hotel which was located in Florida and was meant for the league, apparently had a hidden camera in her hotel room which was attached to a microphone. The footage was being broadcast live on satellite. Rachel was on the phone with Adam Mendelsohn. He is the advisor of LeBron James. During this conversation, Rachel talked about how she is annoyed for being passed over as the host to the upcoming NBAs for someone who “is only hired because she is black”.

Also read: Why Was Chris Matthews Fired From Hardball Show?