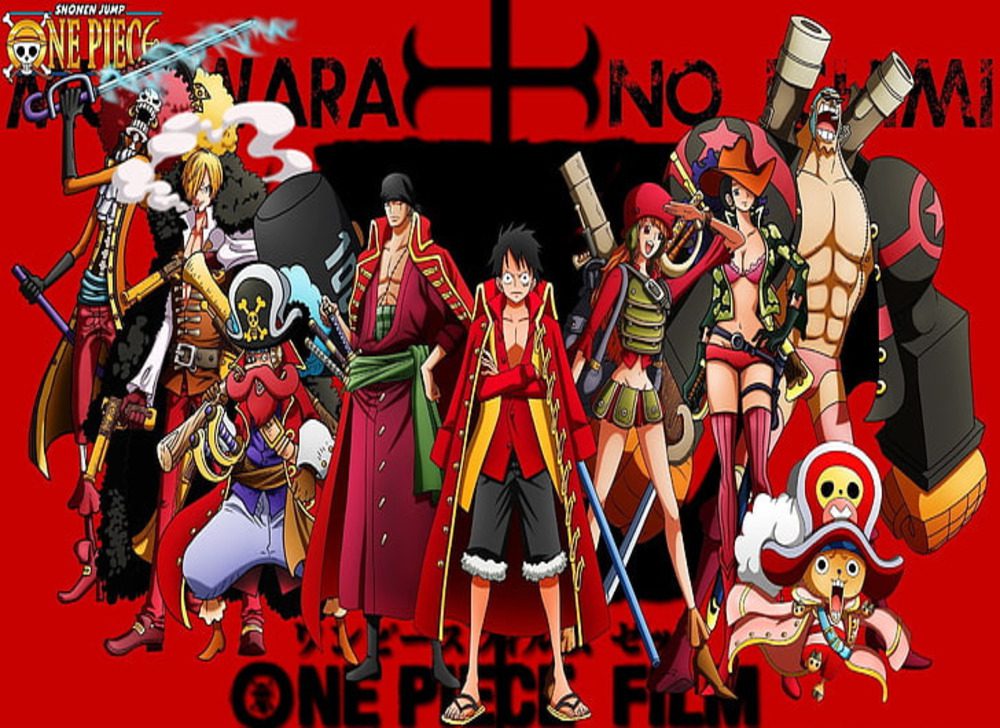 The legacy of One Piece is one of the greatest when compared to the other big anime projects. Not only the main anime series but also the movies have always been on the mark, maintaining the bar every time. Now is the time of the new movie to prove its mettle in the battleground. Fans are already theorizing that the newest One Piece film, Film: Red, would be the best in a long time.

Given that Eiichiro Oda’s One Piece will celebrate its 25th anniversary in 2022, it was fairly obvious that a new movie would be released to mark the occasion. On November 20, 2021, the fans’ suspicions were confirmed. Here is all the information you ought to know about the impending movie that has everyone buzzing, One Piece Film: Red, whose production is currently in progress. 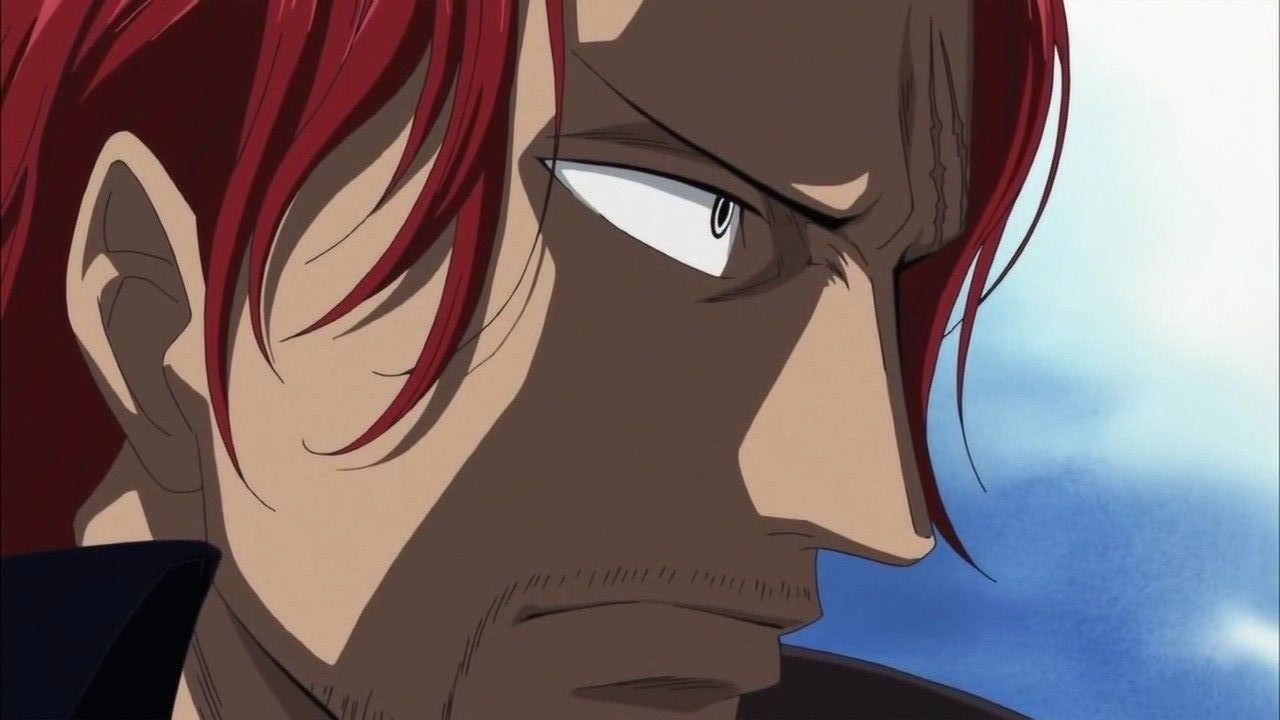 What is One Piece Red Film All About?

Even though the primary storyline of One Piece Film: Red hasn’t really been revealed to the public, the little teaser that fans saw during its announcement provided enough clues for them to piece things together. The Straw Hat Pirates appear to be traveling to an event, as is frequently seen in One Piece films. The location this time seems to be a music event. As soon as he started working with the Film Red crew, Eiichiro Oda made it clear that he intended a female character to have a significant role in the film; this person has fiery red hair and may be an inhabitant of a Sky Island. She appears to be a singer as well because the key image characterizes her voice as “almighty.”

Talking of red hair, for the first time ever, the enigmatic Red-Haired Shanks will appear in a motion picture. The D in the title logo had Shanks’ scar, and Eiichiro Oda subsequently clarified that the character will indeed appear in the film. Fans will have to wait to find out what type of relationship the girl with the red hair actually has with Shanks, but it appears that she has some sort of link to him. 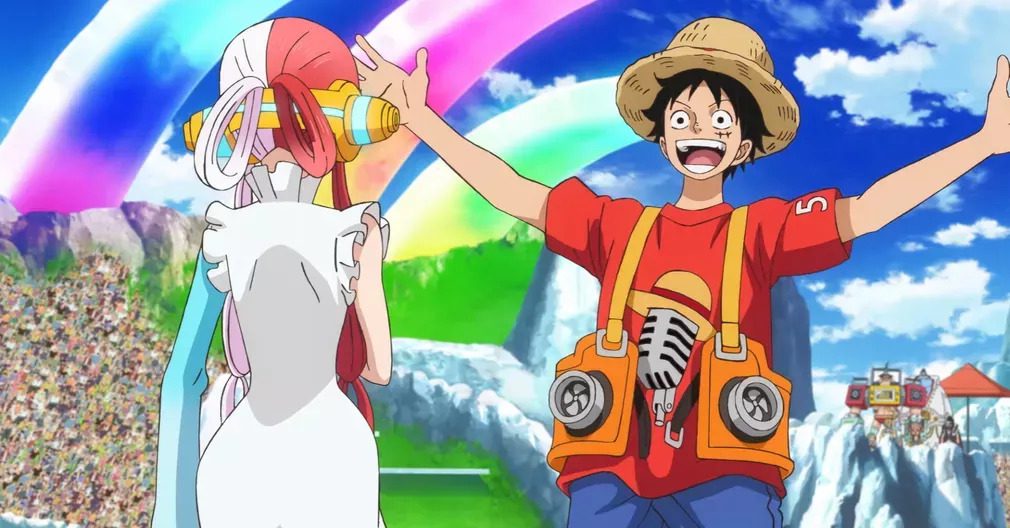 Is One Piece: Red Canon?

Fans’ inquiries about whether or not Film Red is canonical are understandable given that Oda’s presence in a One Piece film is more significant than ever. Simply told, One Piece Film: Red does not conform to canon. The primary plot of Eiichiro Oda’s manga is currently how he prefers to handle it, therefore, the movies serve only to amuse the fans and have no bearing on the main plot. That isn’t to mean, though, that significant moments from the One Piece narrative won’t be included in Film Red in little amounts.

Months before it appeared in the manga, the designation of the Final Island was made public by One Piece: Stampede. A brief exchange between Roger and Rayleigh was featured in this movie at the same time, and it was eventually included in Chapter 968. Fans should anticipate this situation to be similar to what happened in One Piece Film: Red because Shanks will be involved in it. It is entirely conceivable for Oda to provide the film crew with tidbits of material from the One Piece narrative that they can use in the narrative. 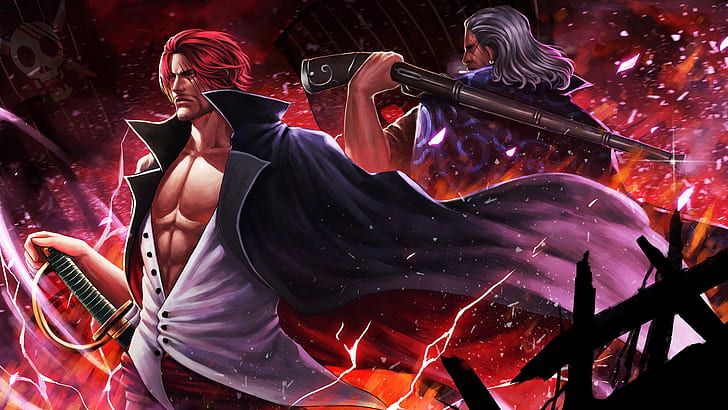 On the 6th of August, 2022, One Piece Film: Red will be released in Japan. The movie has not yet received a date for its worldwide distribution. As with One Piece: Stampede and the films that came before it, fans expect that the movie’s worldwide release won’t be too distant behind the inaugural one. Nevertheless, One Piece is commemorating the anniversary of its establishment in style, and Film Red has the potential to surpass all previous films thanks to Oda’s commitment, a fantastic team that helped him realize his ideas, the presence of a few of the series’ greatest characters, including Shanks.

Also Read: Harem In the Labyrinth of Another World Episode 9 Release Date: The Magical Ride Continues!