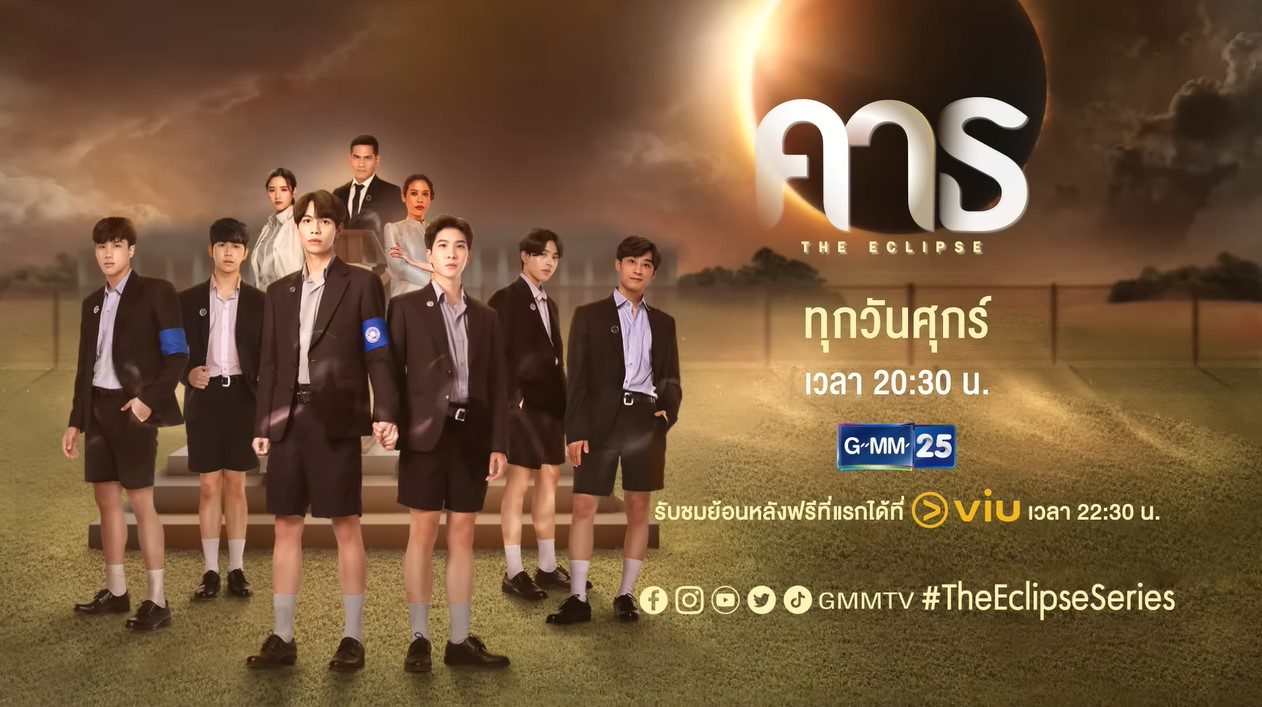 The Thai mystery drama is now almost halfway done. The Eclipse is about to return for its 5th episode. From the preview, it seems like it will be a lot tenser. What more will these series bring after the surprise cameo and the cute romantic scenes?

The Eclipse is a romance fantasy drama directed by Golf Tanwarin Sukkhapisit. The tale is about a strictly governed school called Suppalo. Besides mystery and romance, the writers Chot-anan Kasamwonghong, Yokee Apirak Chaipanha, and Kim Minta Bhanaparin have weaved the series with a pinch of supernatural elements as well.

Originally, the story of The Eclipse was adapted from the novel “Eclipse” written by Prapt. It is about a bunch of students trying their best to avoid the wrath of rule-breaking.

The series has an enemies-to-lovers trope as well as time travel and investigation. The series features two male leads Akk, played by First Kanaphan Puitrakul, and Ayan, played by Khaotung Thanawat Ratanakitpaisan. Other characters are Waree, played by Sine Inthira Charoenpura, Dika, played by Ron Patarapon To Run, Thuaphu, played by Louis Thanawin Teeraphosukarn, and many more. The BL series has received 9.2 out of 10 ratings from 35 voted on IMDb. 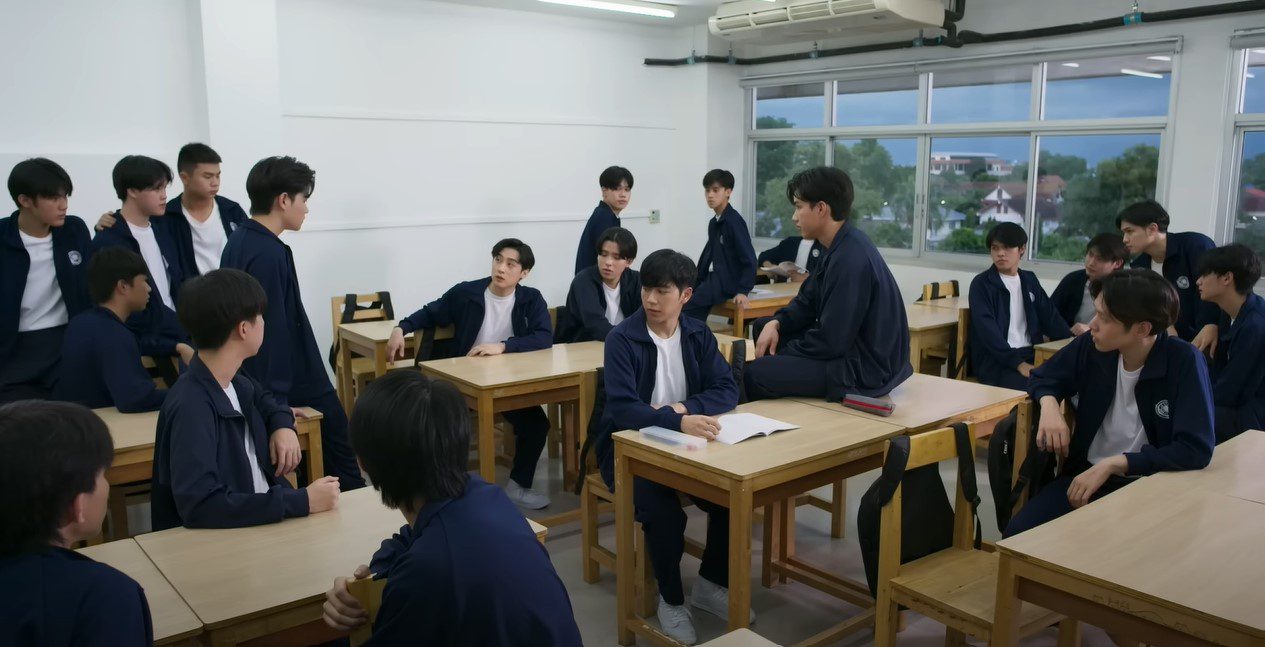 Episode 4 caught many cute moments as well as a surprise cameo. Ayan, the mysterious yet flirty new boy in the school, is the only other gay character in the class who is out. Ayan pushes away all of his secret mission and offers to help Akk. In this episode, Tsundere Akk and flirty Ayan has their first kiss, if you would consider it one.

It is an awkward accidental kiss in the shower, so maybe it can’t be regarded as their first kiss. Nonetheless, it only makes the fans excited for the time they have their actual first kiss.

One of the highlights of the moment would be the time when the cafe waitress showed herself. That was definitely a pleasant surprise to see Golf Tanwarin Sukkhapisit, the director herself, cameo as the waitress. It added a bit of flair to the show.

One of the few complaints about this show would be the length of the episodes. The episodes are not too short, but the fans can’t seem to have enough of them. Fans have especially praised the acting of Louis Thanawin Teeraphosukarn as Thuaphu. The way he can adapt to the expressions of his character so well is commendable.

What To Expect From The Eclipse Episode 5?

Ever since Ayan came to the school, Akk has been surprised by his chaotic energy. The way Ayan talks back to him and the way he’s slowly being known as the rulebreaker has surprised Akk again and again. From being enemies to slowly being in love with the new kid at school, Akk’s character goes through an obvious change that even his friends pointed it out.

In the next episode, as the trailer shows, there is a lot more tension than in the previous episodes. It shows a scene from the locker room where a fight breaks out. The chemistry between the lead characters has just started to show itself, but the trailer is a bit worrying. Will Akk and Ayan finally have their first kiss, or will we have to wait more weeks? 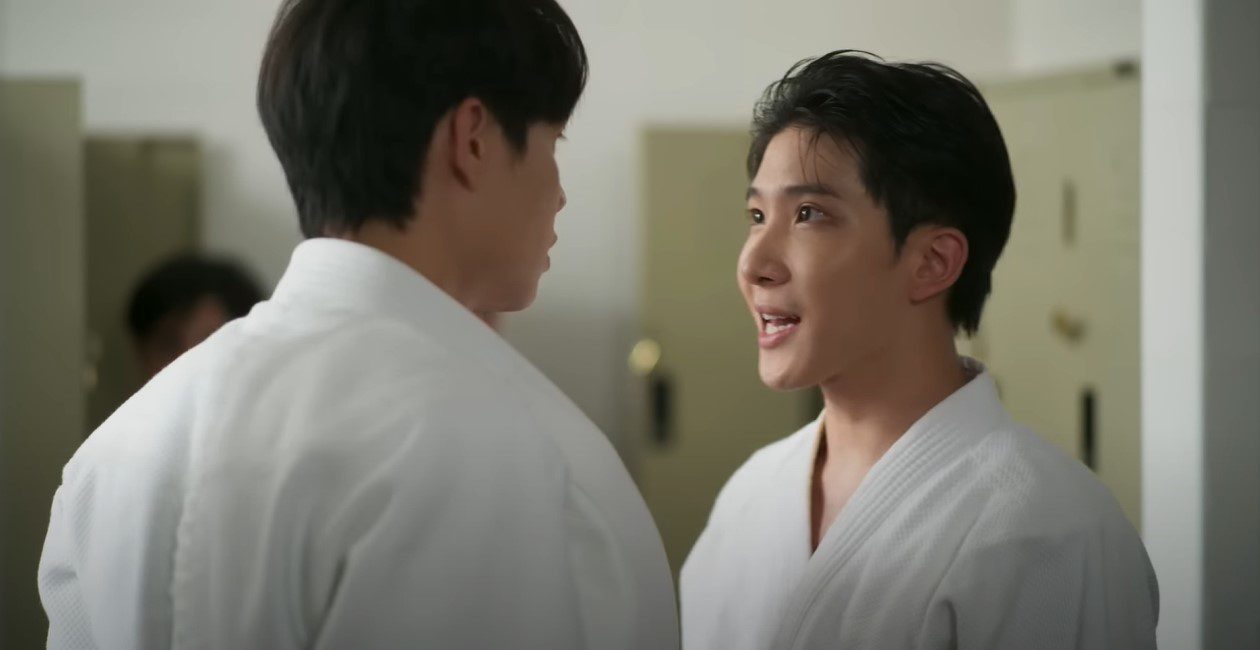 However, the series is available on Viu only for specific countries. To check if your country is eligible, take a look here: