Is Sarah Horton Leaving Days Of Our Lives?

If you need a refresher on Sarah Horton’s life in Salem over the years from Days of Our Lives, we’re here to help! Since her creation in 1981, the character has been portrayed by various actresses, including child stars. Still, Lisa Brinegar and Aimee Brooks held the position for the longest stretches before Linsey Godfrey joined DAYS in 2018 to take over. Unfortunately, the actress announced in March 2021 that she was leaving the soap. But Godfrey returned to the screen in January 2022 to continue Sarah’s story!

So, let’s take a look at Sarah Horton’s story across the years in this long-running soap opera and see how her character has morphed and changed across time to understand her story arc. Let’s begin! 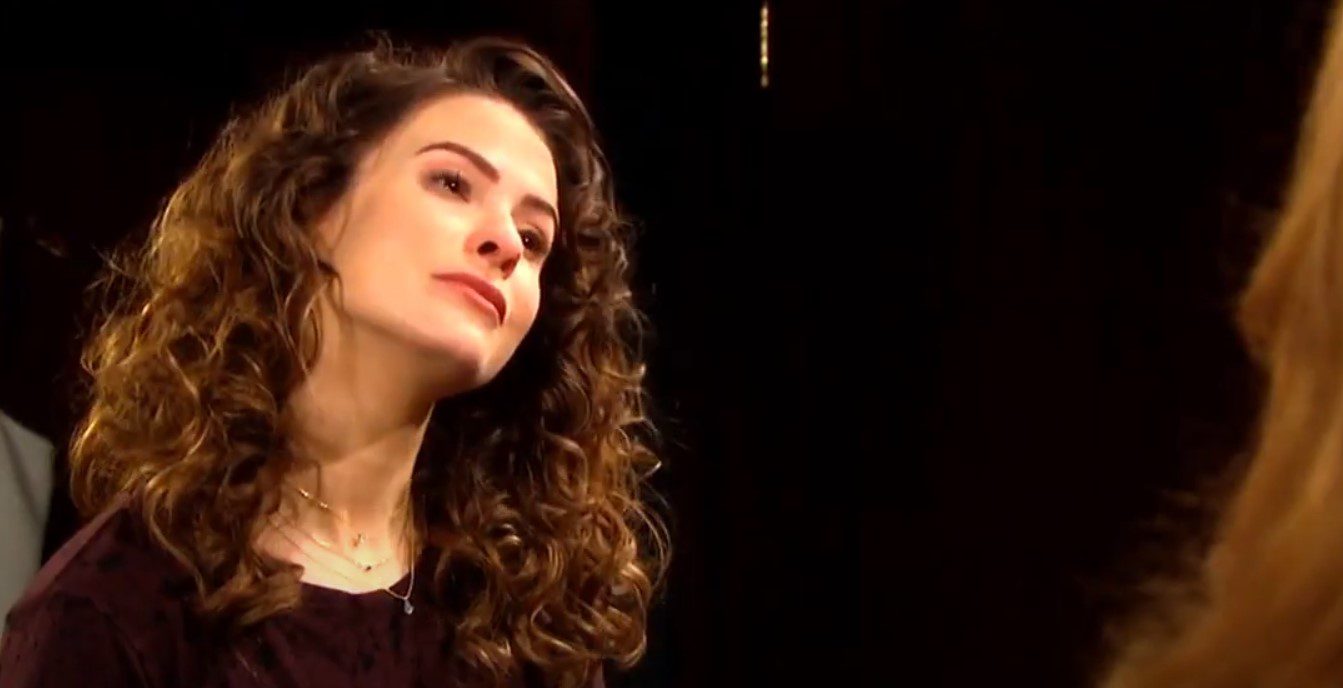 Sarah has had a lot of ups and downs in her story arc, let’s review them

Sarah Horton’s Trajectory In Days Of Our Lives

Sarah was born via artificial insemination after Maggie Horton agreed to serve as a surrogate for an unnamed donor. Evan Whyland was initially thought to be her father, but it was later discovered that Dr. Neil Curtis, who had carried out the procedure, was the father! Mickey Horton was the one who raised Sarah after he and Maggie won the custody dispute, so Sarah will always think of him as her father.

After Eve Donovan hit Sarah with her car while intoxicated, Sarah noticed Mickey wasn’t around as much because he was working more. When Sarah discovered Maggie was having an affair with Neil and discovered them in bed together, she was shocked. Maggie revealed that Neil was her biological father, which prevented the young woman from exposing her to Micky. Sarah was still told about the relationship by Micky, but thankfully, he and Maggie could agree. Sarah moved to Nashville in 1991 with her sister Melissa after leaving their hometown.

After working with Doctors Without Borders to share some wonderful news, Sarah returned to Salem to visit her mother. She had a marriage proposal from Rex Brady! Unfortunately, she dumped Rex after learning that Mimi Lockhart’s child was his. Things only got worse when Rex admitted to having slept with Noelle’s sister! Sarah threw herself at Eric Brady, Rex’s brother, seeking retribution, but he rejected her. She had a drunken affair with Xander Kiriakis, which she later regretted.

Rex was able to win Sarah back, and the two of them even got married, but they eventually broke up because Sarah was still in love with Eric. But after his ex, Nicole Walker, returned home alive and not as dead as everyone had assumed, she had to end things with Eric. Unfortunately, Sarah tried to keep Eric from learning that she was expecting Eric’s child. She swore to secrecy after telling him about it, and he even went with her to get an abortion. But in the end, she decided against following through and made plans to leave the city. But when Eric learned about the child, he begged her to remain in Salem.

In the blink of an eye, a year had passed, Sarah had given birth, and to conceal the truth from Eric, Xander was claiming to be Mackenzie’s father. However, Nicole informed Eric about his daughter, and when Mickey was diagnosed with neuroblastoma, he accompanied Sarah to Boston for Mickey’s treatment. They were unaware that Mickey wasn’t Sarah and Eric’s child. Adrienne Kiriakis was transporting Sarah to the hospital after she entered labor when a drunk Maggie ran them off the road. When Sarah gave birth, Xander assisted her and hurried them to the hospital, but the baby died from complications. In a desperate attempt to save Sarah and Eric’s unborn child, Xander and Victor Kiriakis planned to have the doctor substitute the healthy infant of Kristen DiMera and Brady Black.

Gabi Hernandez was the only match when Mickey needed a bone marrow transplant, and she was persuaded to donate her bone marrow to save the young girl’s life. Unaware of what he had done, Xander proposed, and Sarah said yes. Despite Xander’s best efforts, Nicole learned the truth, which eventually surfaced. Heartbroken, Sarah abandoned Xander and fled with Mackenzie to Paris before deciding to give the young child back to Kristen and Brady.

While Sarah initially tried to distance herself from Xander’s attempts to make amends with her, she eventually found herself unable to fight her emotions. She cautioned him against returning to his cunning, evil ways but soon found herself assisting him in spying on Philip Kiriakis to learn what he was hiding. They were such a great match that they even got engaged simultaneously!

Is Sarah Horton Leaving Days Of Our Lives?

Sadly, Sarah learned that Kristen had escaped from jail and was posing as Susan Banks on their wedding day. So, to keep her secret, Kristen kidnapped Sarah and planned to pose as Sarah so that Xander would think that she was breaking up with him and leaving Salem for good. Sarah attempted to flee using a syringe she had discovered that was loaded with Dr. Rolf’s serum, but Kristen stabbed her with it and sent her off to DiMera Island in a crate!

After Sarah vanished in 2021, it wasn’t until the first few months of 2022 that Xander started to inquire about her whereabouts and suspected something was wrong. It was Gwen Rizczech hiding as Sarah when she finally returned to end their relationship with Xander. After being drugged, the real Sarah, who was still being held captive by Kristen, thought she was Renee Dumonde. Sarah pursued Tony after being saved and returned to Salem, despite Xander’s advice that she should remember her real life. To keep Sarah from Tony, Chad DiMera persuaded Dr. Rolf to create an antidote, which Anna DiMera eagerly administered. Nobody realized, however, that Gwen had switched the drugs, and Sarah was once again herself, albeit as a young girl. Maggie, who was devastated, decided to bring Sarah to the Florida facility to see if anything could be done to help her regain her mind.