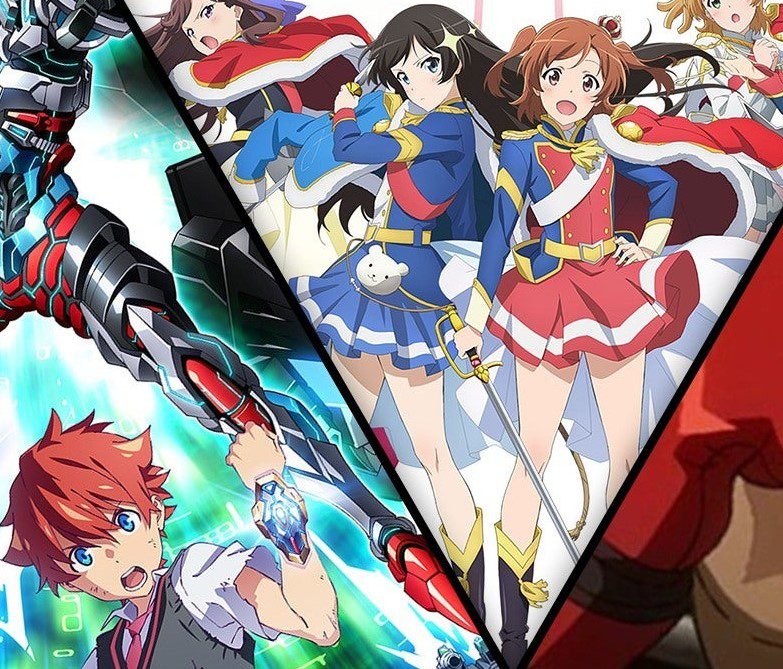 Underrated Anime Series are anime from a decade ago, and it is rare to find underrated anime series these days. This is because the anime world is becoming the best, and there are a lot of improvements. But there are underrated anime series that are the best, and you can still enjoy watching them. Sometimes it depends on what anime fans like since some anime are underrated due to their plot or characters. If the anime is too long and keeps repeating the same things or incidents, the fans tend to ignore it since they want to watch new and entertaining things.

Not all anime get the spotlight since there are many competitors in the anime world, and it is hard for any anime to reach the top spot. Sometimes after watching the anime’s first episode, some fans begin to underrate it since what they expected didn’t happen or the anime’s plot didn’t satisfy them. But the anime we will discuss are still enjoyable, and we will talk about a few that you can enjoy watching. Let’s find out which anime series will top the list of underrated anime series.

Hell Girl is one of the most underrated anime series. Sometimes the fans fail to understand anime series like Hell Girl. This anime is about a mysterious girl who helps her clients. In this strange world, the rumors about a mysterious app called Jigoku Tsushin begin spreading, and it is only accessible at midnight. Many people begin to access that app because they want their wishes granted. 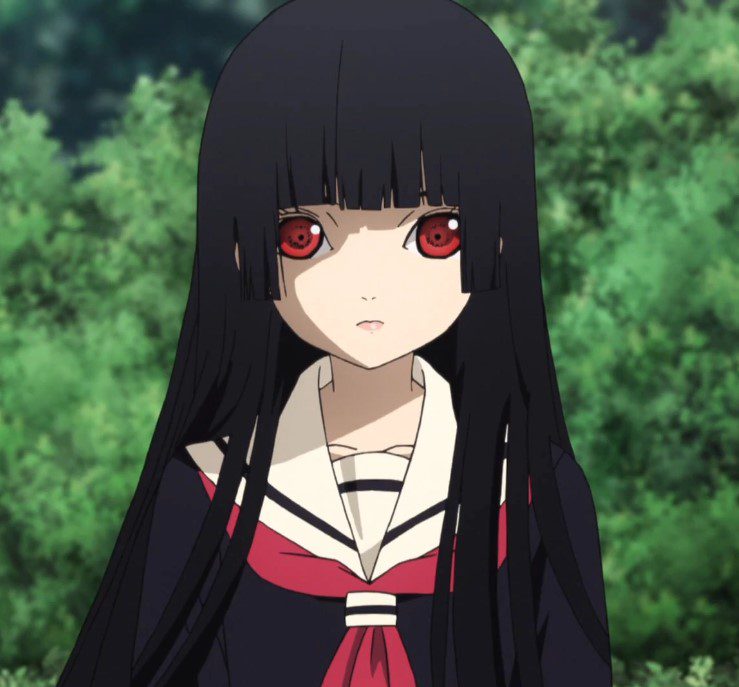 There is a girl known as Hell Girl, who helps to grant the clients’ wishes after they sign a contract with her. After the contract is signed, the Hell Girl appears and sends the person with a grudge against her client to Hell. Even though Hell Girl is one of the underrated anime series, you can still enjoy watching it.

Skip Beat is romantic comedy anime series that reveals Kyoko’s life. Kyoko has a goal she needs to achieve and get the true love of her life. She went to another country to help Sho, her childhood friend, and lover, to help him become an idol. Kyoko is good at cleaning and cooking and is a hard worker doing three jobs to help the one she loves. Unfortunately, Kyoko gets nothing in return, and Sho seems not to care about her even though she has shown how much she loves him. 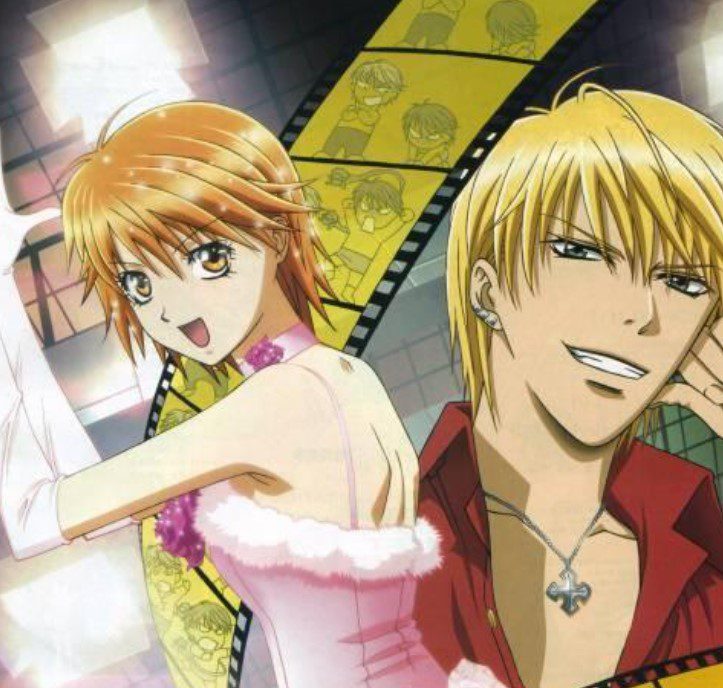 Kyoko decided not to give up on Sho, and she continued to support him. One day she decided to surprise Sho. When she arrived, she heard Sho talking about her with his manager. Sho told his manager that Kyoko is his maid and doesn’t care about her. Kyoko was hurt after hearing the truth and decided she change her hairstyle and appearance, leading her to join showbiz, become a popular stand, and get her revenge against Sho.

Hikaru no Go is another underrated anime series that reveals Shindou Hikaru’s life. Shindou Hikari is 12 years old boy doing his 6th grade. One day he realizes something and begins searching through his grandfather’s attic. Shindou finds an old Go board, and after touching it, he is possessed by the spirit of Fujiwara no Sai. The spirit continues to haunt Shidou since Sasi was one of the great Go players. 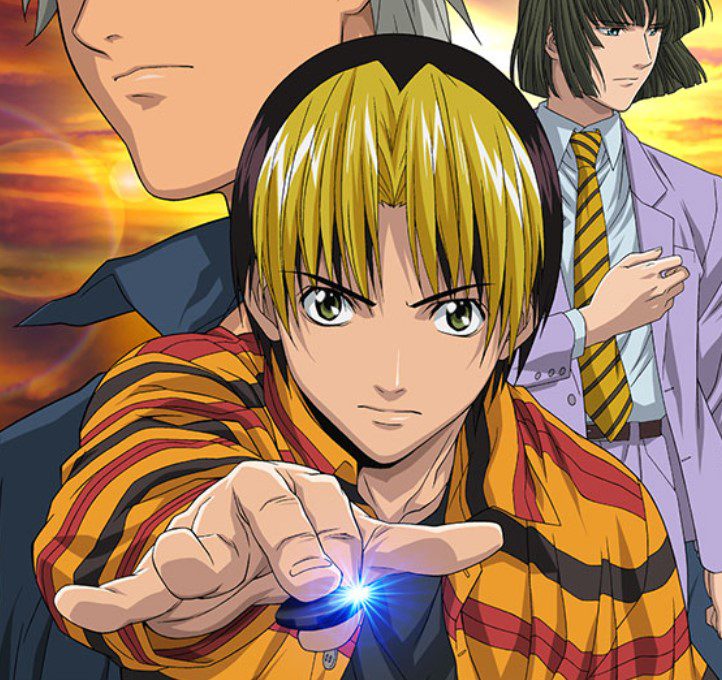 Sai committed suicide and has stayed in the spirit world for many years, wanting to play Go again. This helped him do that again since the spirit possessed Shindou, who helped Sai to play Go. Shindou knows nothing about this game, but he has no worries since Sai will guide him. He played his first game with Touya Akira.

The Twelve Kingdoms is also known as Juuni Kokuki. Youko is a beautiful lady that encountered a mysterious stranger. She was surprised when the stranger teleported her to another world. Youko begins her new epic journey to the Kingdom of Kei. She faces terror, betrayal, and hatred, and the mystical world of The Twelve Kingdoms assails Youko with one challenge after another. Youko wonders if she will embrace her destiny. 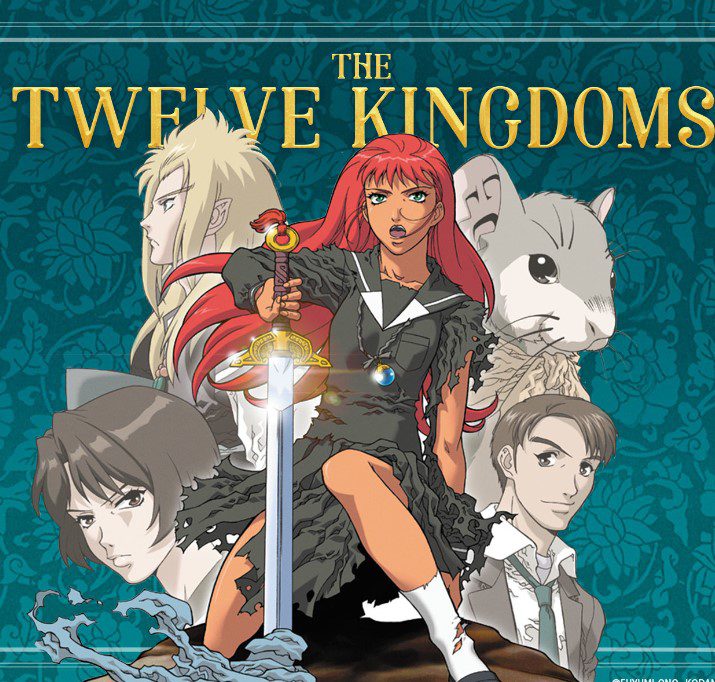 Sora is a talented young acrobat who dreams of sharing the same stage with Kaleido members. She has been dreaming about it since childhood and believes her dream will come true one day. Sora moves from Japan to California to become a show member, hoping she will be in the spotlight. She learns that there is a lot of competition and decides that she can shed blood or do anything that will clear her path and become part of the show. Even though she faced many rivals, she shone brightly since the Kaleido Stage needed her to become a Kaleido Star. 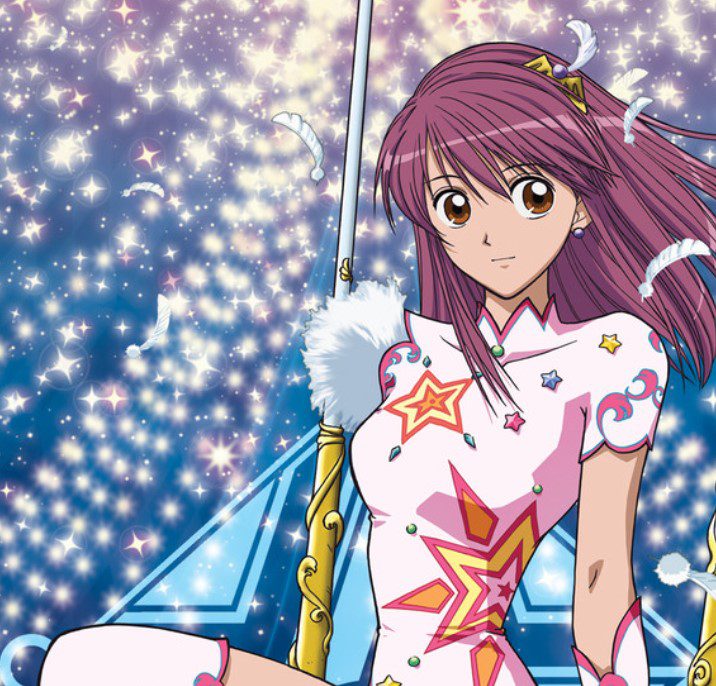 Yuki has changed after trying different things in life since he believes no one can catch a fish without fishing. He goes to a tiny island with three boys, and one of the boys reveals that he is an alien. Yuki was surprised to learn that Haru is an alien, but Natsuki and Akira are unlikely prospects for good companionship. Yuki realizes that many things have changed about fishing, and he has to connect with unfamiliar waters to know if Haru’s right, and this will help them save the world. 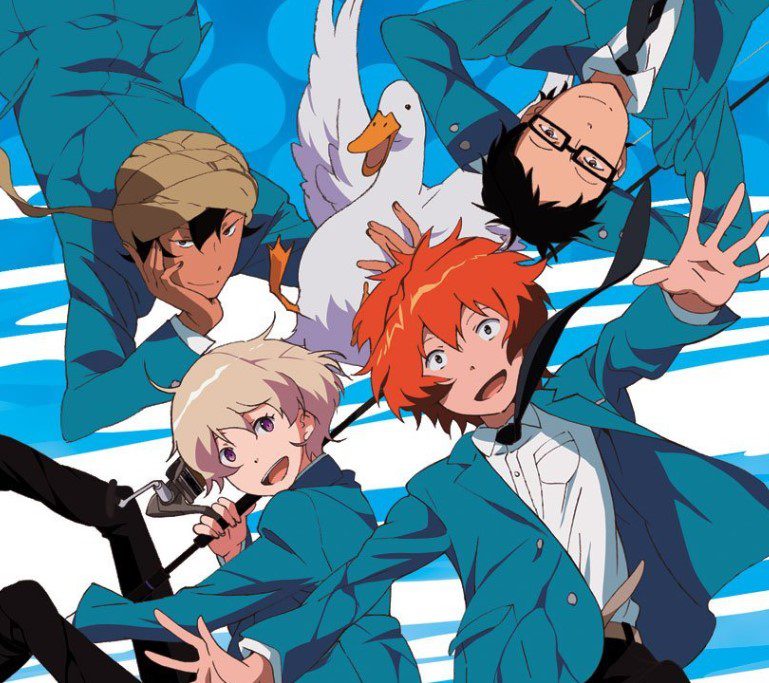 Michiru Kita is a special girl gifted with Shinigami Eyes. Shinigami Eyes possesses great powers that allow the user to see a dark ring around anyone’s neck. The rings pose great danger, showing the person’s death nears. A great line appears on a person’s neck, which other humans can’t see. Chika Akatsuki, Shito Tachibana, and other boys in Kita’s class have black rings around their necks. 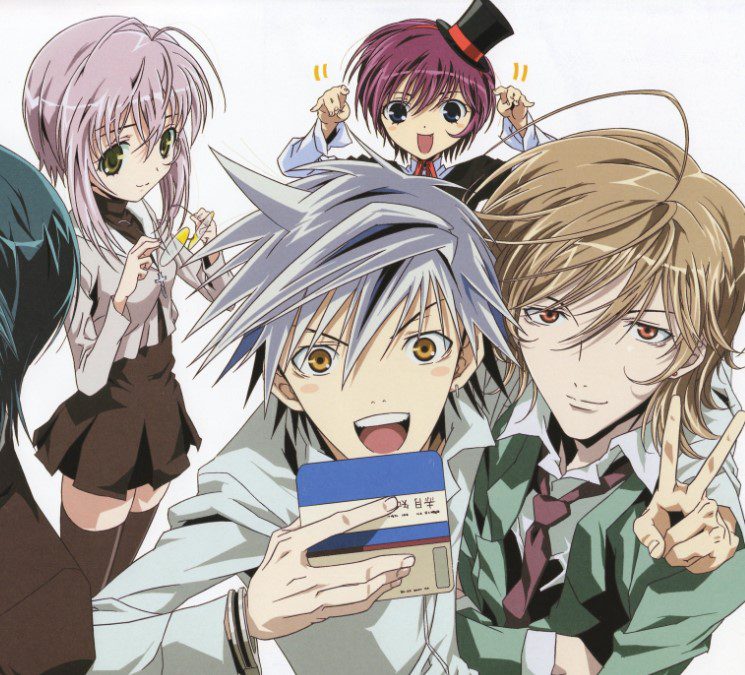 Kita is surprised why those five are not dead since their time has come, and after a tragic incident that was aiming to kill them, they made a deal with a mysterious loan office called Zombie-Loan. They hunt zombies for loan office in return for keeping them alive. When Kita joins them, she realizes her life has changed.

Yugo Hachiken wants to enroll in an agriculture school, but his family is against his dream. He wishes to get separated from his family to achieve his goals. Yugo decided to enroll in an agriculture school, believing that he had talent and that it would be easy for him to study. But once he arrived at his new school, he realized that there were many problems that he had to face and was also forced to uncover the truth about agricultural life. 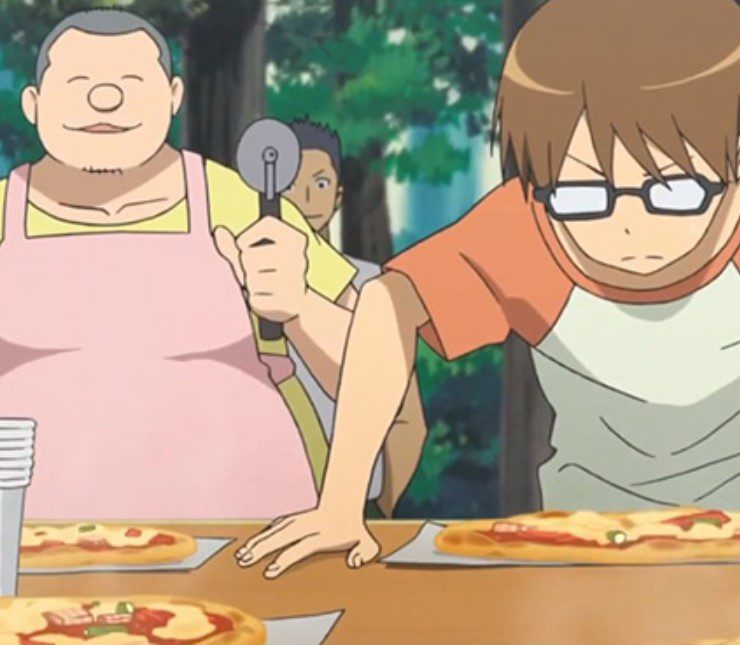 This takes place at the end of 19th century London, where the Kingdom of Albion was divided into two parts. The other part was known as the East, and the other was the West side, separated by the giant wall. However, five girls assemble and attend Queen’s Mayfaire, a prestigious school. The girls begin their mission as spies under the guise of regular high school girls. Each girl has different skills to dart around the mysterious world of shadow. 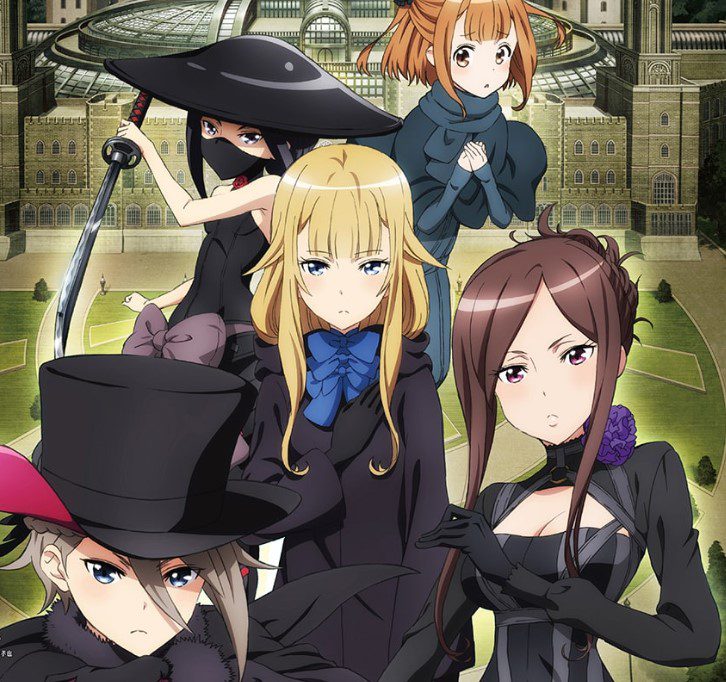 This is the story of a strange man who traveled in space and is not afraid to face death. He is dandy in space and dreams of exploring scary adventures while traveling across the while searching for the aliens. No one has ever believed that there are aliens in space, but this adventurer believes that he will find them and prove that aliens exist. The Dandy realizes he has to be the first man to achieve that goal since many rivals have challenged him. 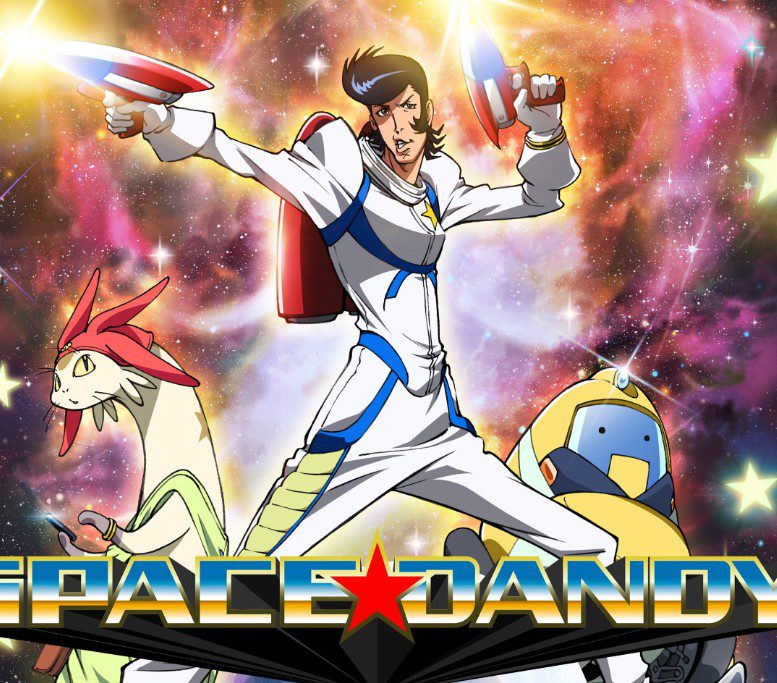 One day the dandy and his sidekick robot named QT set on the journey and arrive in space searching for lines. They begin exploring different worlds that have different aliens. The Dandy is known as the best dress dance across the galaxy.

Also Read: Most Recommended Manga In 2022 That You Should Not Skip