Will there be Love All Play Episode 14? This is the question few fans of the show are asking. Some fans thought that, like many ongoing anime such as Kaguya-Sama Love is war and Komi Can’t Communicate, which begin airing in spring, Love All Play also came to an end at the end of the spring. However, we have got some good news for you. There is going to be episode 14 of Love All Play. But the episode won’t be coming this week. So, when is Love All Play episode 14 going to release? Well, Otakukart is here to tell you all you need to know.

Love All Play Episdoe 14 will also warm our hearts with yet new exciting ways. Our duo of Mizushima and Sakaki is doing really well lately, and we expect them to continue growing through the end of the season. In this post, we will give you all the information you may need regarding the Love All Play Episode 14. Furthermore, we will also talk about the preview of episode 14 of Love All Play and discuss what we can expect from it. So without any further ado, Let’s Love ALL and Play.

The team event tournament continued in episode 13 Love All Play as well, and we saw some promises made come true. The next team event match was against Shizou and Hiroto duo vs our main characters, Ryo and Sakaki. After learning that Shizou has an injury in his leg, the coach tells Ryo to target him as he is their weakness. However, Ryo struggles to play, knowing that he has to target Shizou, who is injured. At first, he is able to target Shizou, but later, he starts to struggle with his play. This also affects Sakaki’s play, and the duo starts to fall apart. We even see Ryo making very small mistakes to Sakaki and Ryo even colliding with each other. They end up losing the first set.

The second set of the game also starts badly for our duo, and Ryo mumbles that this is not how he wanted to play against Shizou and Hiroto. Sakaki tells him that he must give his all and play the best he can, just as he promised Shizou he would. After grasping very simple words, Ryo understands that if he plays, giving all he got, that will make Shizou happy as well. Ryo tells the coach that they should stop targeting Shizou and start targeting Hiroto because he is tired of covering for Shizou. With this strategy, they win the second set of the game. 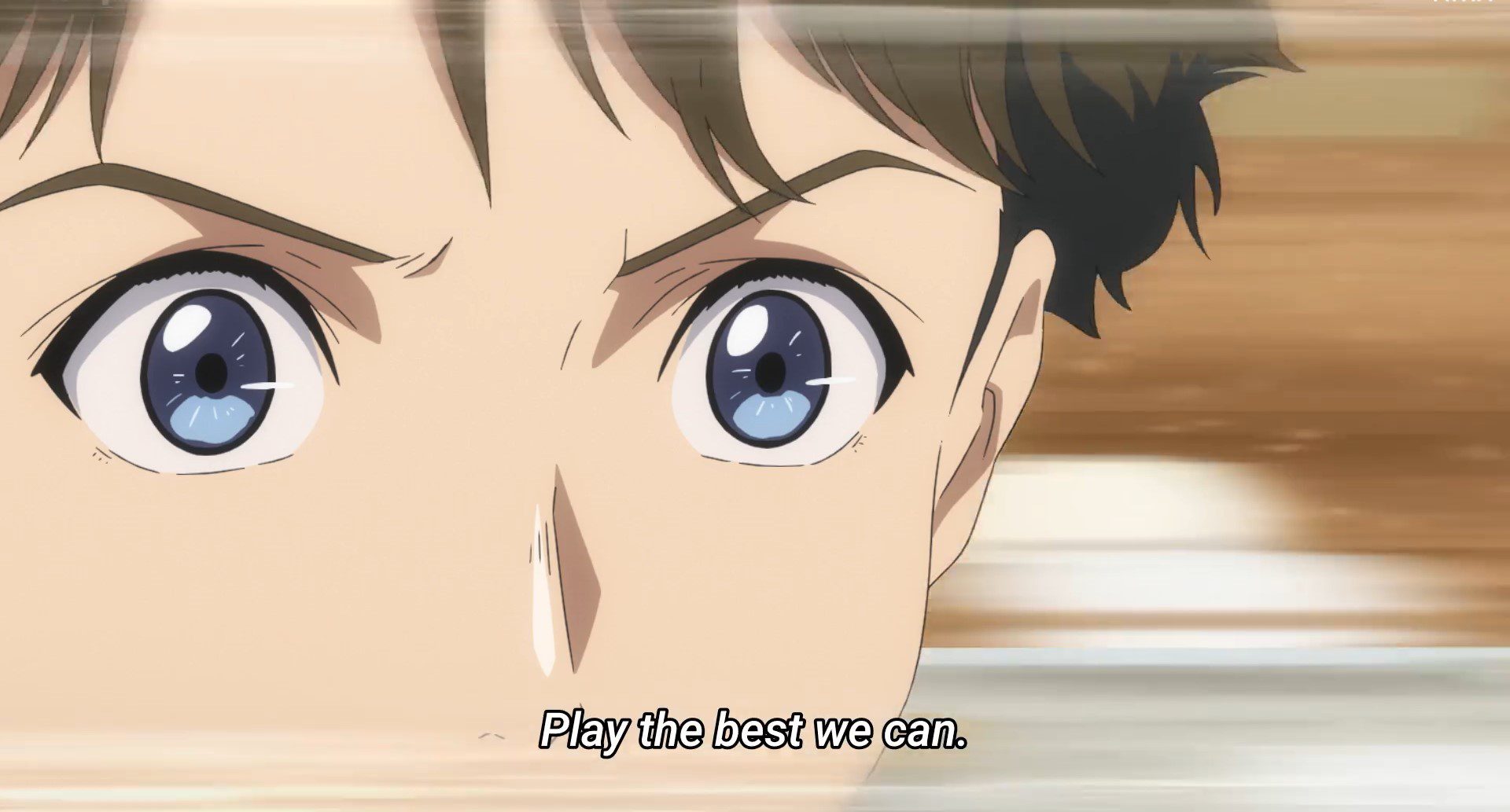 However, Shizou injures his leg even more and asks his coach to still play. Hiroto, Ryo, and even Sakaki beg to coach to let Shizou complete this game. The last set of the game between the duo goes with fun, and Ryo and Sakaki win the game. They all meet outside, and Ryo apologizes to Shizou for not giving his all at first, just as he promised he would. Whereas, Shizou apologized for getting injured in such an important match. The group has a few laughs. The next day, Yokohoma Minato High School won all the games and the tournament.

Love All Play Episode 14 is titled “Discord”. The preview of the episode showed that the Coach has brought some middle schoolers to meet up with the first years. We can expect them to train with the middle schoolers. Whereas Coach also talked about pushing forward with Ryo just as he did in the last team event match against Shizou and Hiroto. Now that he has found the meaning of what Pushing his limits means, we can expect this to continue in the next episode, which is Love All Play Episode 14 as well. Will he also push limits against the middle schoolers? Let’s find out together when the episode releases. 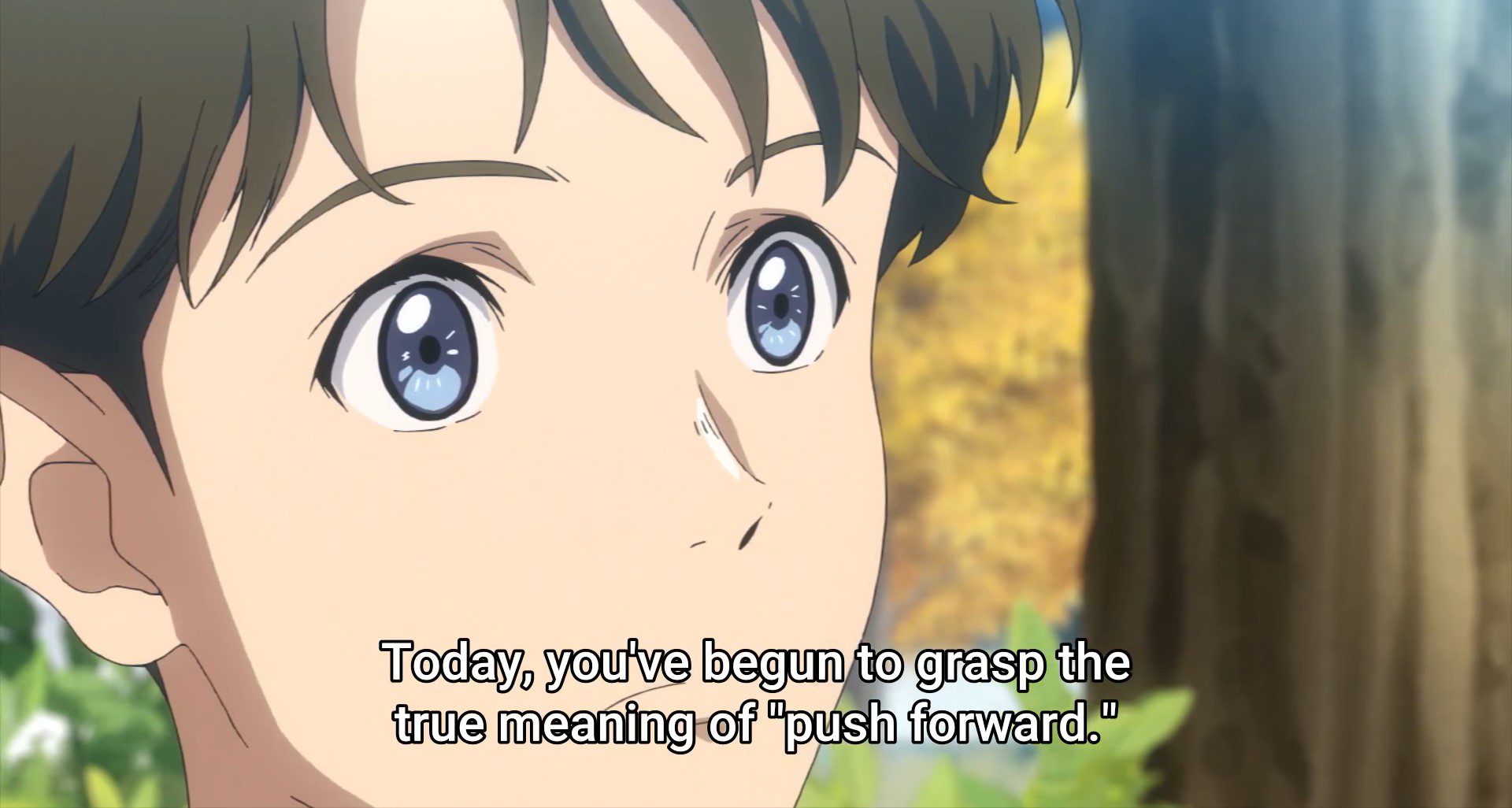 Once Love All Play Episode 14 is released on Japanese Local Channels, fans around the world can watch the episode on Crunchyroll after a few hours.