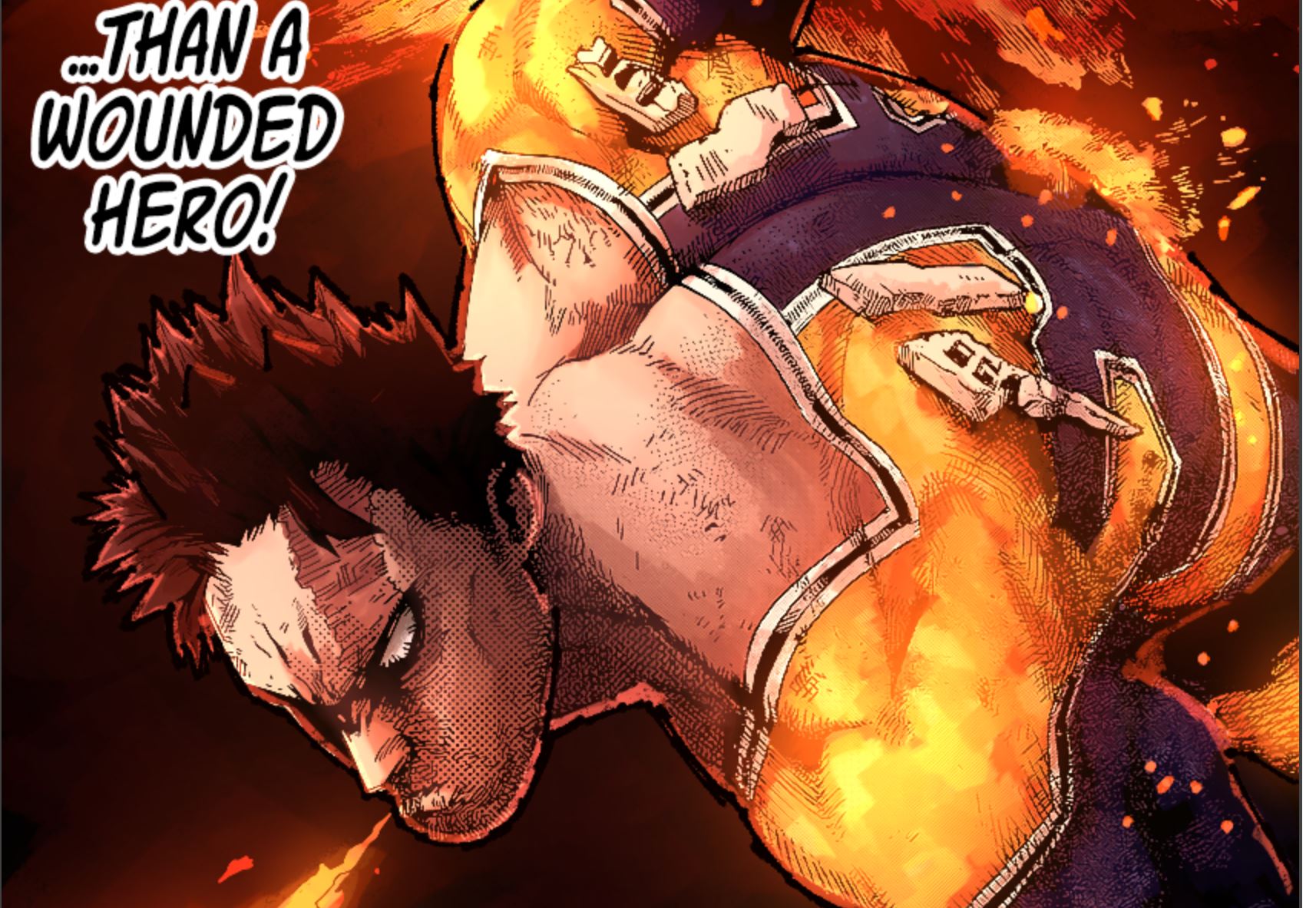 Chapter 357 ended with All for One’s worst nightmare turning into reality. Never did he expect that Endeavor will make him relive the pain that he originally witnessed against All Might. The current no 1 hero incinerates the villain kingpin and confirms that not even the super regeneration quirk can help him in this condition. So, is the how the story of All for One ends? Or there is more to it? We will find that out in My Hero Academia Chapter 358.

To Endeavor’s despair, All for One starts to speak, questioning if Endeavor really thought that All for One would jump into the battle without a solid plan. He confirms that his current body has already served its purpose, and was destined to be disposed of away anyways. Images of the quirk destroying serum and Eri pops up in the panels. What is he trying to hint at? We bring you the latest chapter updates and spoilers of My Hero Academia manga.

Chapter 358 will tell us more about All for One’s master plan of getting himself a new body. He clearly isn’t dead just yet and has already started growing eyes and ears back. But how is he doing that? The chapter hinted that the new plan has something to do with Eri and the Quirk Destroying serum. I am guessing that All for One must have figured out the way to use Erie’s quirk through the serums. 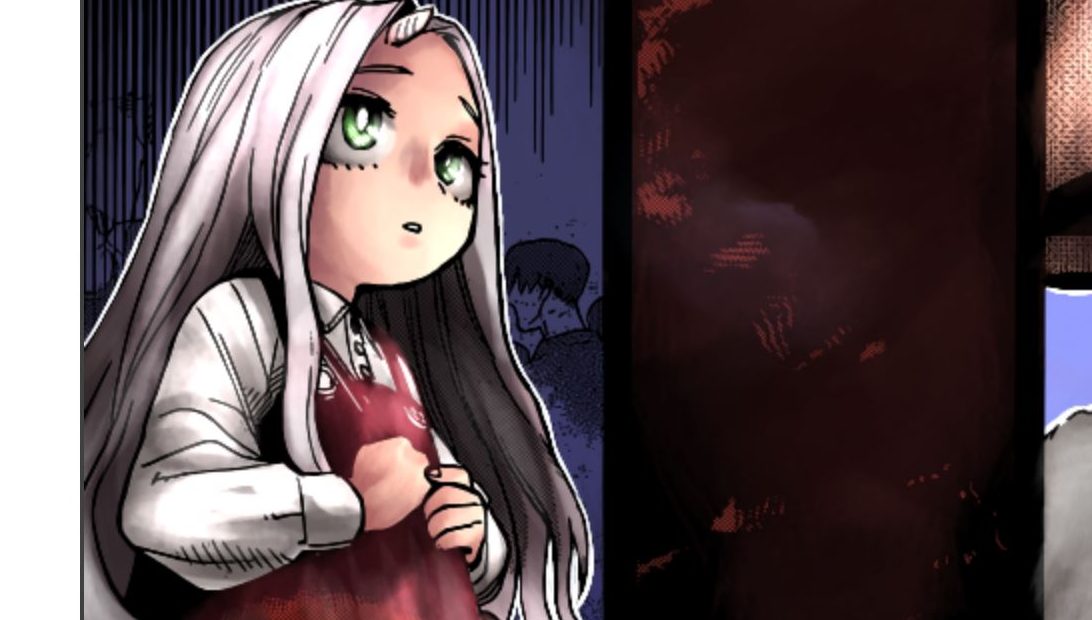 Although it’s a long shot, this is the only possibility that explains All for One’s overconfidence. With this power, All for One can just restore his body the way he wants. With All Might far from his peak stage, there won’t be any way to stop All For One. A few Kilometers away, Yoichi Shigaraki tries to warn Deku about the consequences. So, it is possible that Deku may change his plan and give preference to All For One first.

Sadly, these are nothing but mere speculations. The raw scans and spoilers of My Hero Academia Chapter 358 aren’t out yet. They are generally dropped 2-3 days before the chapter’s official release. So, don’t forget to check back on Friday. We will keep the section updated or will release a new article on the confirmed spoilers.

In Chapter 357, All For One barely defends himself from Endeavor’s fierce assault. Now that his mask is destroyed, he is gradually losing control of his quirks. Never did he think that Endeavor will get him this close to death. Endeavor bluntly claims that a wounded hero is the scariest, and keeps attacking him with everything he has. Meanwhile, Hawks assists Endeavor with his feathers, and together they blast All For One in the Gunga mountains. 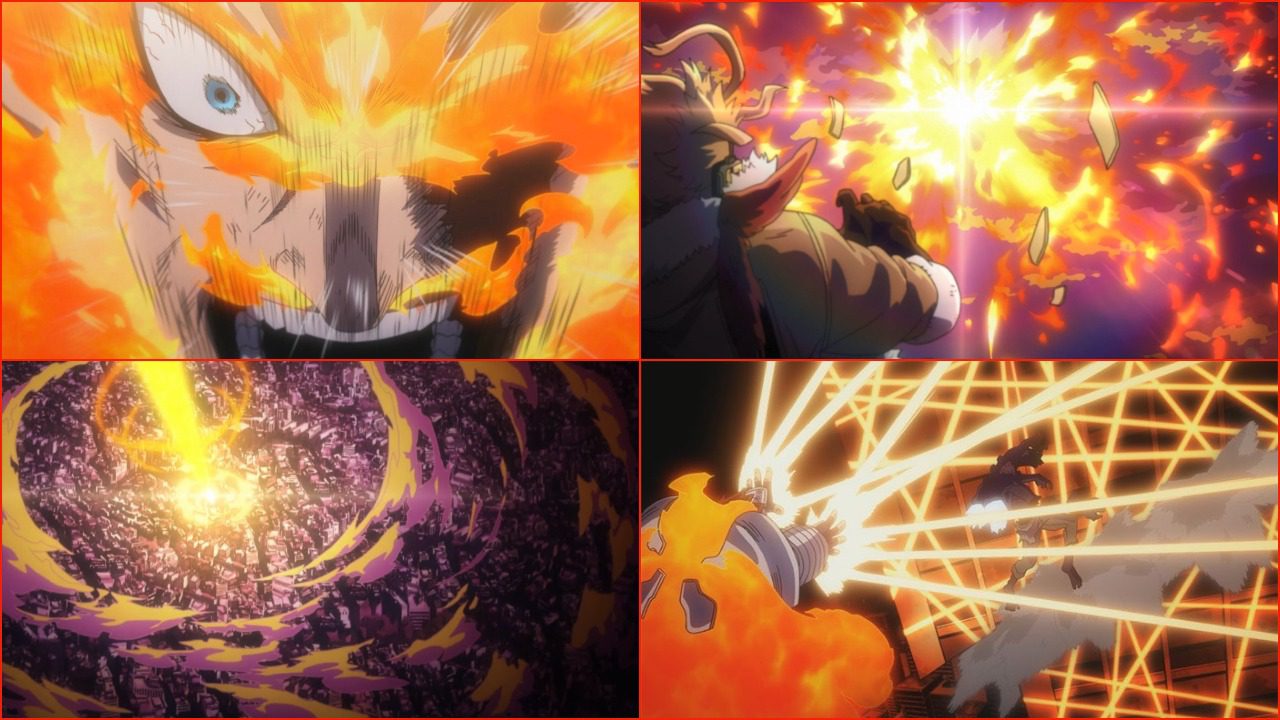 Hawks asks Endeavor why is he not using Prominence Burn to finish All For One. To which Endeavor replies that it is a technique that he can pull off only once. So, he must bring down All For One’s defenses to make it a sure-hit one. The fight continues for some time, and Endeavor grabs All For One, dragging him through the Kamui forest. As he tries to steal the fire quirk, Endeavor his him with Prominence Burn from a point-blank range. He bluntly claims that not even Hyper Regernation can save his body this time.

However, All for One eventually comes back to life with a spooky smile, claiming that he didn’t jump into this fight without a backup plan. As images of Eri and the Quirk Destroying serum pop up in the panels, All for One says that a wounded villain can be equally scary, thereby hinting that All for One is going for a sacrificial move.

Chapter 358 of My Hero Academia is scheduled to release on Sunday, July 3, 2022. New Chapters are dropped every Sunday unless there’s a delay.

Where to Read My Hero Academia Chapter 358?

My Hero Academia Chapter 358 will be free to read on various platforms like vizmedia, mangaplus, and Shonen Jump’s official application.