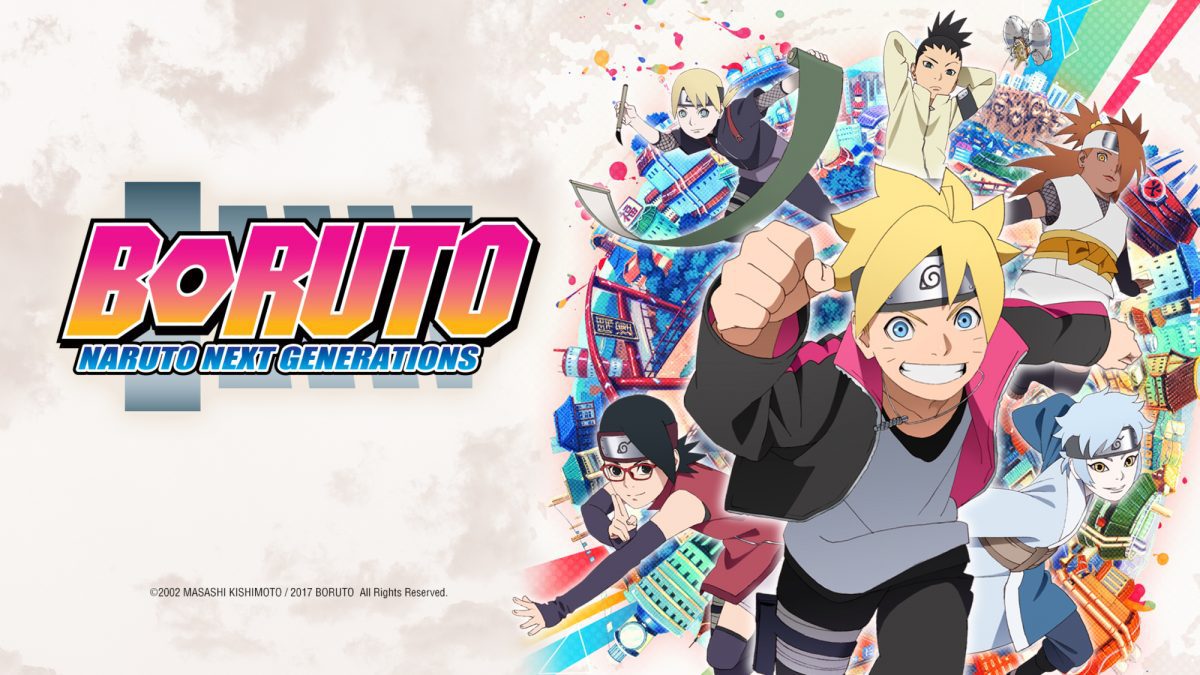 Boruto: Naruto Next Generation Episode 256 will be a fun and not-so-exhaling one. The mission in the land of Mist and the war over there is over. Boruto has been successful in preventing a full-scale war (thanks to Naruto because of whom Boruto inherited the talk no Jutsu). Team 7 is back home and without any delay has been assigned their next mission. Fans are now finally able to rest as the past few weeks were very emotionally draining for them as they had to witness so many sad moments in that arc. Well, no more gloomy mood now as another anime canon arc has started and it is off to a great start just like the previous one.

At the start of the episode, we see Team Sarada arriving back in the Konoha village. They are congratulated by Naruto. Shikamaru informs them that Araumi and Jibiki have been sent to prison. Meanwhile, Ikada’s whereabouts are left unknown to us. Kawaki then meets Boruto and criticizes his thoughts regarding war and its effects. Kawaki and Boruto start arguing while Kawaki also claims that Boruto is naïve before storming off.

On his way, Kawaki meets Denki and his team members. Talking to them he realizes they too are childish just like Boruto. Naruto and Boruto talk about war and its after-effects. Naruto relates to the struggles Boruto faced recently and also suggests that Boruto should patch things up with Kawaki. We then see Buntan and Kyoho bidding farewell to Kagura and Hebiichigo at their graves.

Buntan decides to go back to the land of Mist while Kyoho decides to stay behind in Kagura’s village. Chojuro decides that due to all the losses and war almost happening, Ikada has to be put under surveillance which would be done by Kajiki. Boruto goes to talk things down with Kawaki but as everyone expected, they end up fighting. Mitsuki and Naruto watch them both fight from a distance. Later, both Kawaki and Boruto understand what the other was trying to implement. Seeing them back on good terms again, Naruto treats them all to ramen.

What To Expect In Boruto: Naruto Next Generation Episode 256?

Episode 256 of Boruto: Naruto Next Generation will focus more on Inojin and Cho Cho. In the preview for the next episode, we see Inojin and Cho Cho discussing that they are holding Shikadai back. They believe that Shikadai is powerful and can do much better without them. Also, we see them talking to someone in the little teaser. Boruto: Naruto Next Generation Episode 256 is titled “The Ultimate Recipe”. It won’t be much surprise if there is something involving cooking in the next episode as we saw in the preview a glimpse of the banner of a ramen shop and a few cooking ingredients too.

The episode will be the first broadcast on local Japanese networks such as TV Tokyo, BS TV Tokyo, Gifu Broadcasting, Biwako Broadcasting, Mie TV, Nara Television, and TV Wakayama. Thereafter you can find the latest and all the previous episodes of Boruto: Naruto Next Generation on Crunchyroll.