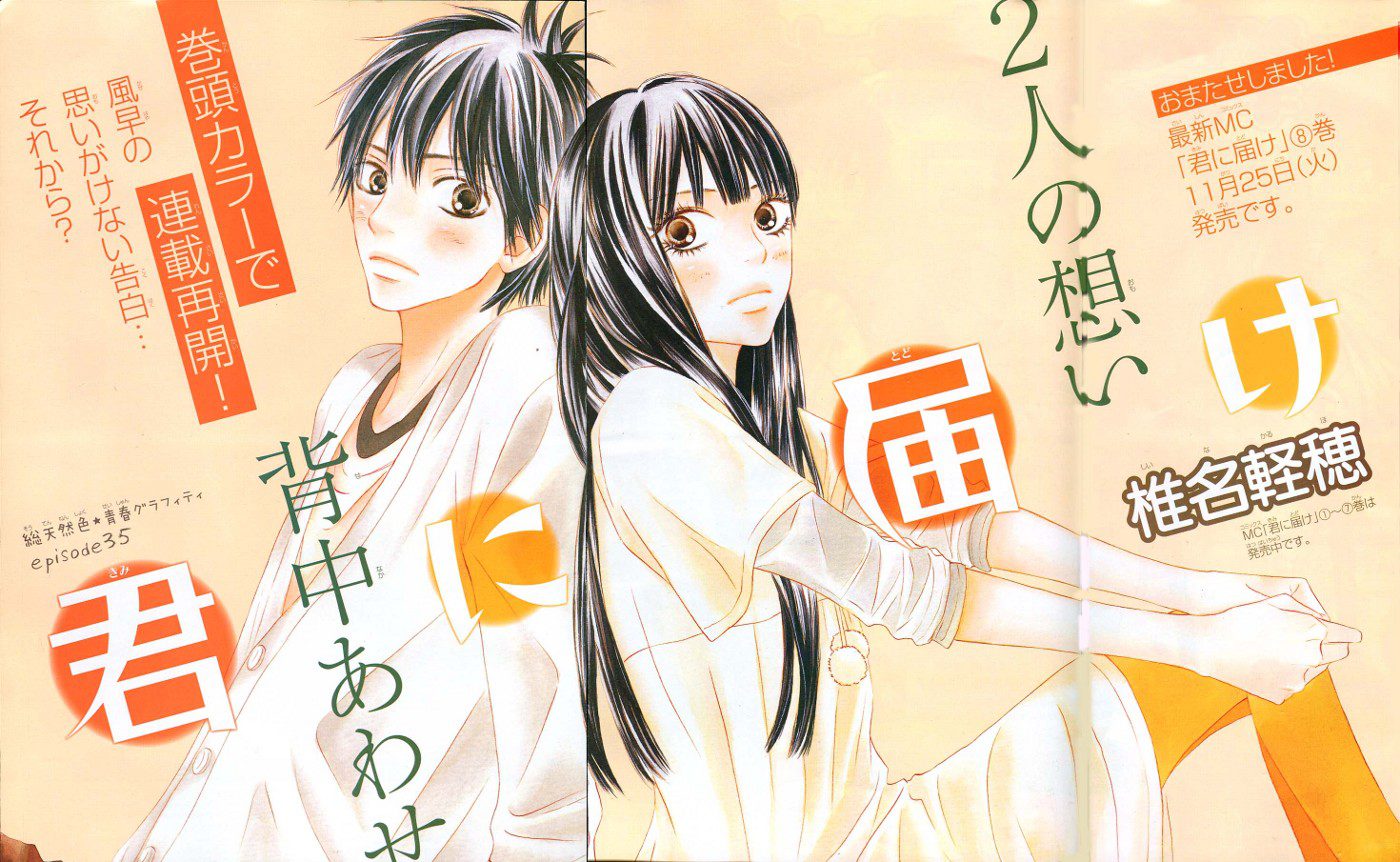 When you are young, dumb, and broke, the teenager when you think the world is for yours to conquer. For the young girls out there, shoujo mangas are the best way to cater to all of your wilds, dark, sunny, or happy, whatever needs you to have. Today we will focus on the Top 10 best shoujo romance manga you should read. These are tried and loved by many, and it is a guarantee that you will be on the fan list soon.

Teenage girls make up the “young woman” (or “shoujo”) population. The most recognizable and prominent Shoujo character designs date back to the early 20th century and include large eyes on both girls and boys. Shoujo is the opposite of Shounen, which targets boys and young men. I know that finding an exciting plot in a manga series is not difficult, and if you are a great romance manga lover, this was probably one of the simplest things to do.

Romance manga is much more frequently referred to as “shoujo manga,” although nowadays, everyone prefers to watch rather than read. However, preferences vary from person to person; some enjoy reading, some prefer watching, and others enjoy both, so it’s perfectly acceptable. Although every manga has a unique plot and art style, the romance genre highlights the lovely elements in most manga. 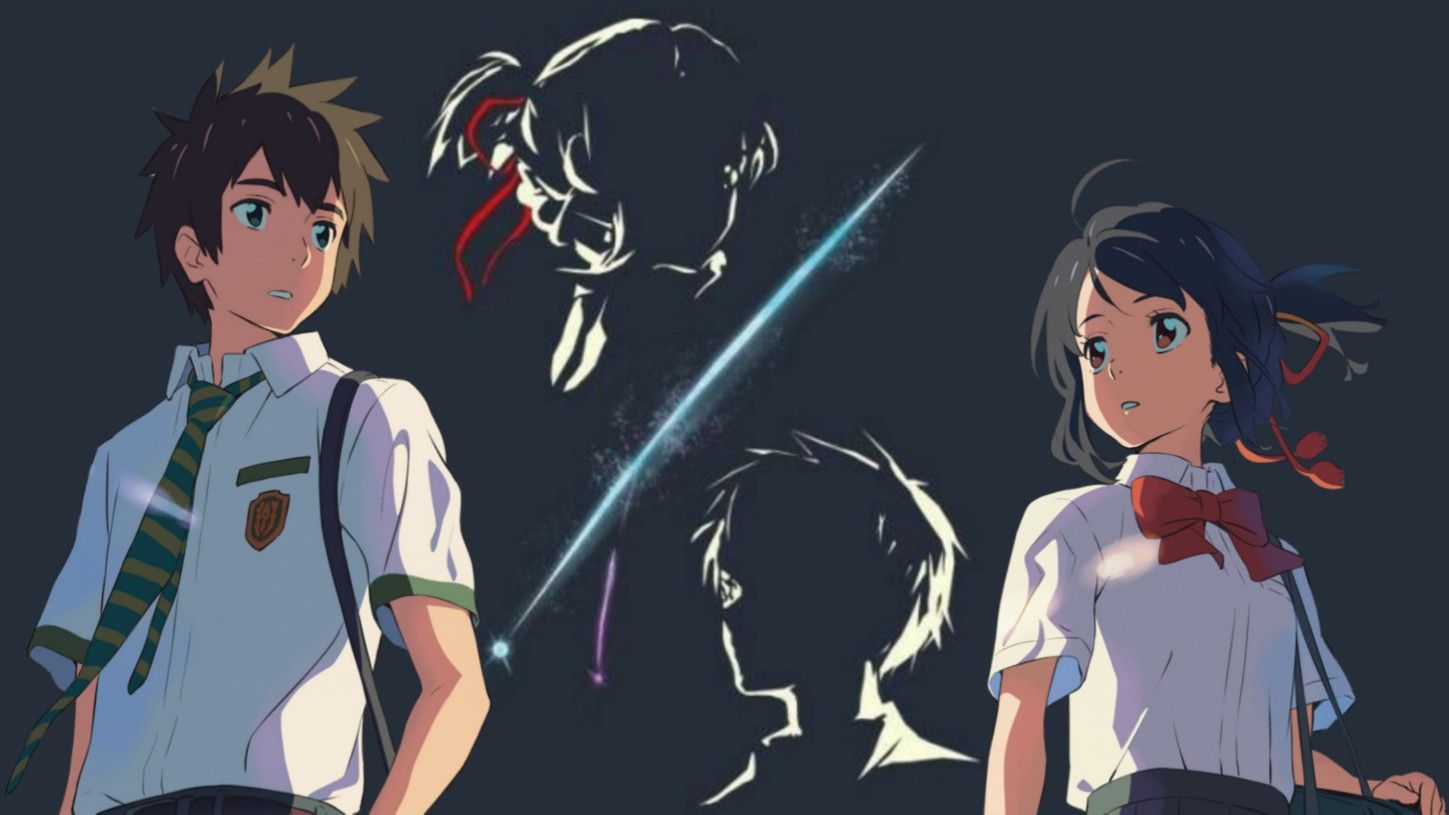 Although shoujo manga frequently features dramatic or romantic elements, not all of them are the same. Shoujo manga can be just as complex as other manga genres, if not more so. We’re looking back at the top shoujo manga in this list.

Skip Beat is a blend of comedy lovers, engaging characters, and narratives with a believable setting—teenager Kyouko Mogami to Japan to assist Shoutarou Fuwa, her childhood sweetheart and a rising music star. But after learning that her beloved Shou views her only as an enslaved person, she. She is shocked and devastated and decides to enter the entertainment industry herself to wreak vengeance on the rookie star.

The 27-year-old Arata Kaizaki character in the novel bounces back and forth between jobs after leaving his first employer. When he meets Ryou Yoake, a worker at the ReLife Research Institute, who gives Arata the chance to alter his life, his life takes an unexpected turn. After learning about his life, it is required that he spend one year in high school as a transfer student because he is currently the focus of an unusual experiment. As the manga’s title suggests, Arata fights to offer him a new life by not replicating their mistakes from their previous lives. 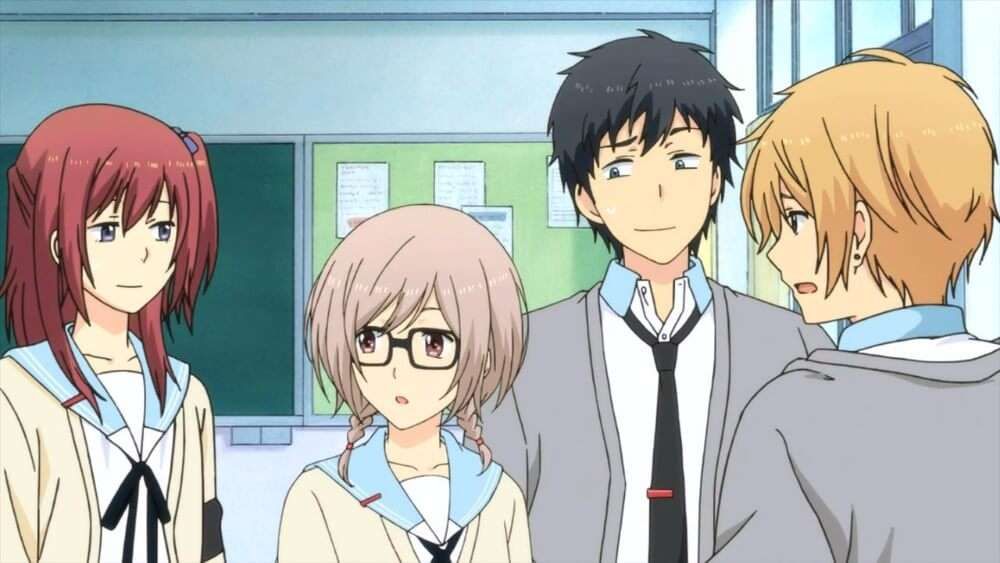 Every character in this narrative is based on a stereotype, with Haruhi Fujioka being a competitive scholarship applicant at Ouran Academy, attended by many accomplished kids. The reader was astonished by the story’s seemingly random premise, but it’s worth your time because plenty of laughter and attractive men are awaiting you at the Host Club. The princely Tamaki Suou ran the club. It included the naughty Hitachiin twins, Kaoru and Hikaru, the innocent Mitsukuni Haninozuka, and his stalwart bodyguard Takashi “Mori” Morinozuka, where gorgeous boys who had too much free time would amuse the academy girls. 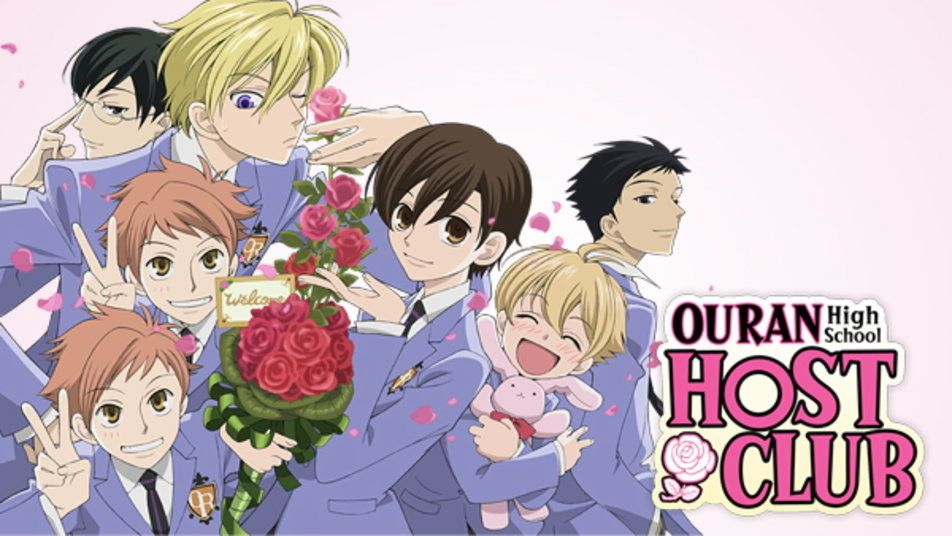 This manga has a romance element, but it’s presented uniquely. For example, Teru’s brother gave him a cell phone and email account with the name Daisy and a note promising to take care of him. Daisy would become Teru’s invisible bulwark of support in the next years. Nevertheless, she is put to the test when she is made to work for the vicious school janitor Tasuku. Slowly, Teru realizes that her relationship with Daisy and Tasuku may be related as she attempts to make amends for shattering a window. Although the plot takes us in an expected direction, we must wait for the main characters’ love to grow. 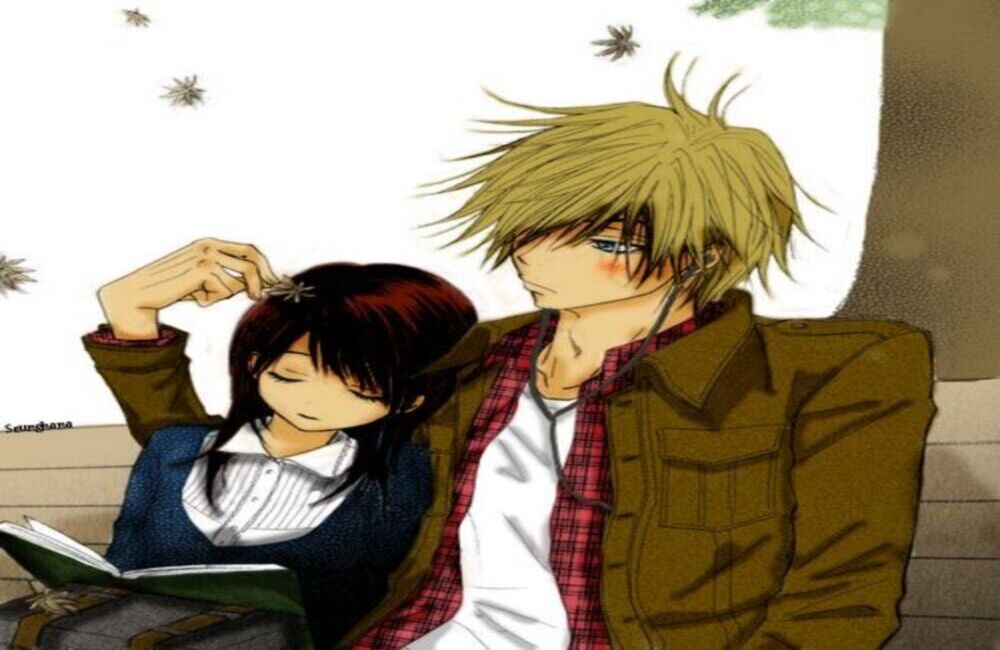 Even though it’s one of the best romantic manga in the anime genre, you frequently experience true emotion and romance that is also portrayed realistically. Due to her demeanor and looks in the manga, Kuronuma Sawako is a quiet girl who is frequently misinterpreted by others. Unexpectedly, a handsome boy with a contrary personality makes contact with her, hoping that he may rescue her from her situation and bring some light into her life. But along the way, the straightforward query of whether she has any chance of finding love arises. 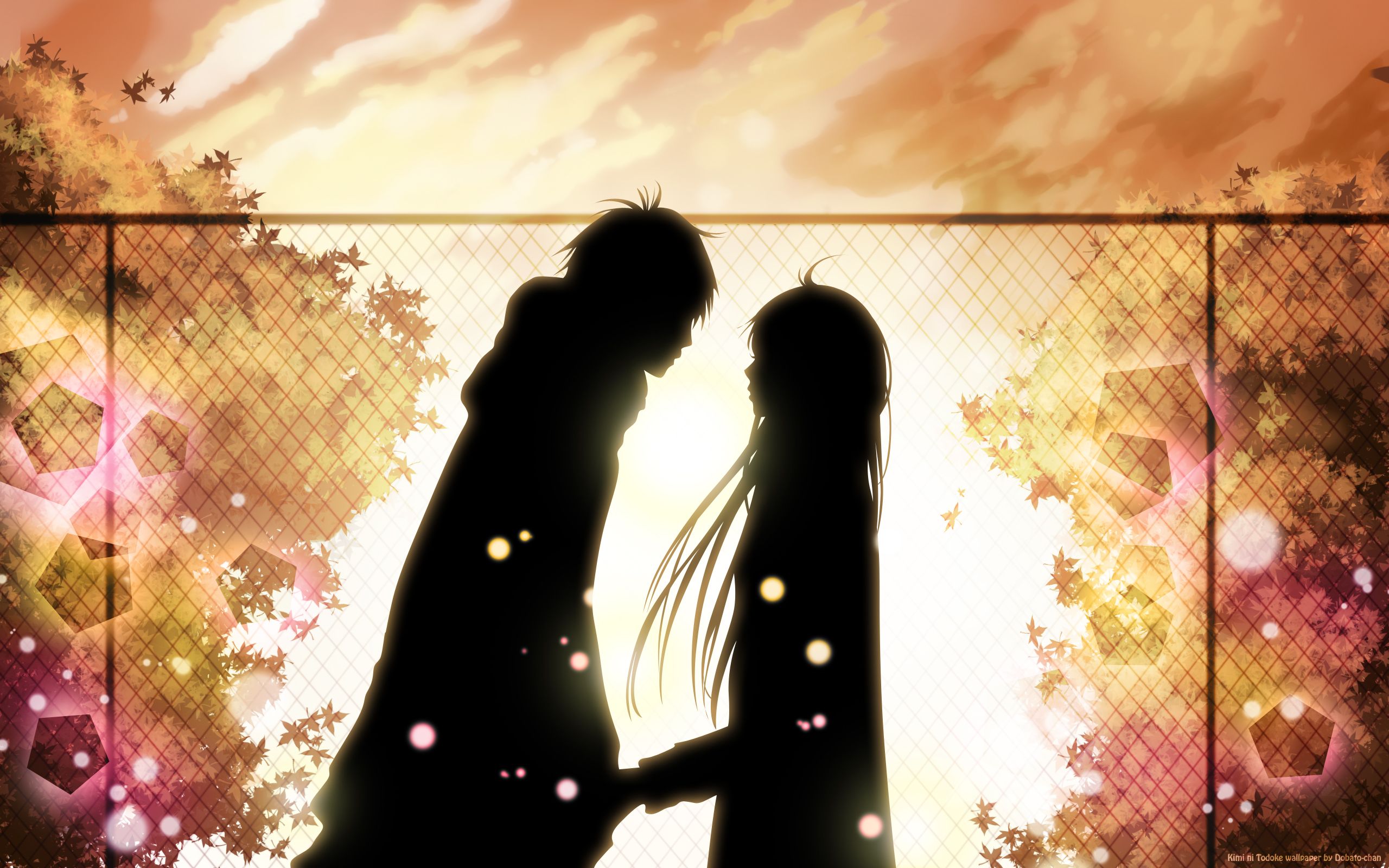 Every romantic manga rightly tickled your heart. The manga’s storyline is unique and believable in some places, which makes the narrative highly energizing—the narrative of Miyamaru, a student, and Hori, a student who leads dual lives. Here, Hori appears to be an ordinary girl, but after school, she has no social interactions and transforms into a teenage girl responsible for caring for her brother. In contrast, Miyamaru appeared to be a geek at school, but after school, he became a social butterfly. And once they learned of other double lives, their interactions led to friendship, which led to love. 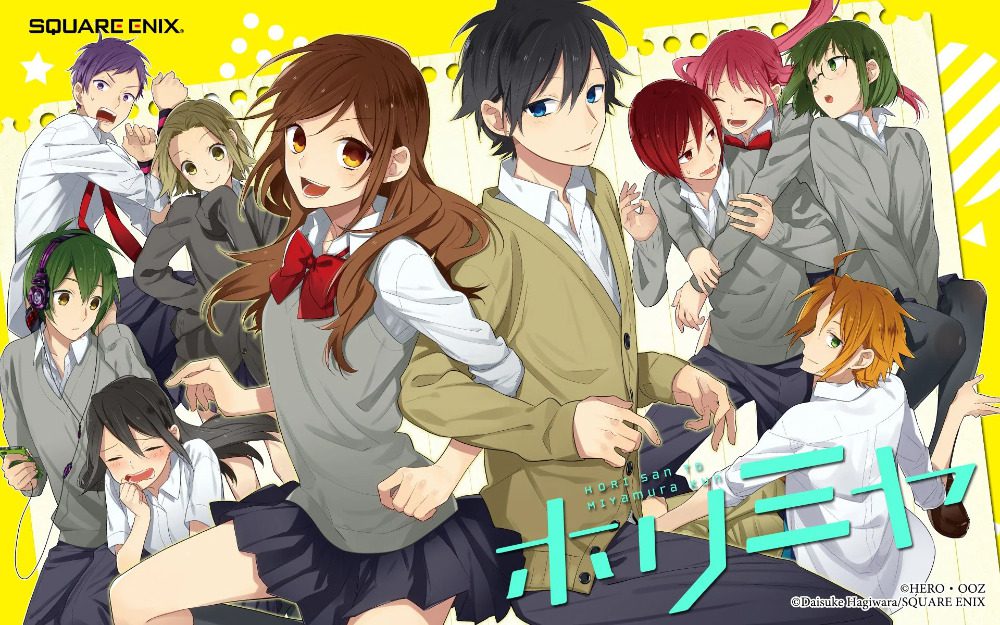 Numerous portions of this manga will make your heart race and make you giggle uncontrollably, making this series a hidden gem for many people. The narrative undoubtedly features plenty of romance between Misaki Ayuzawa, the protagonist and president of her school’s Demon Student Council. Everyone has a personal secret they don’t want others to know. Therefore her secret is that she works as a maid at a particular maid café after school. 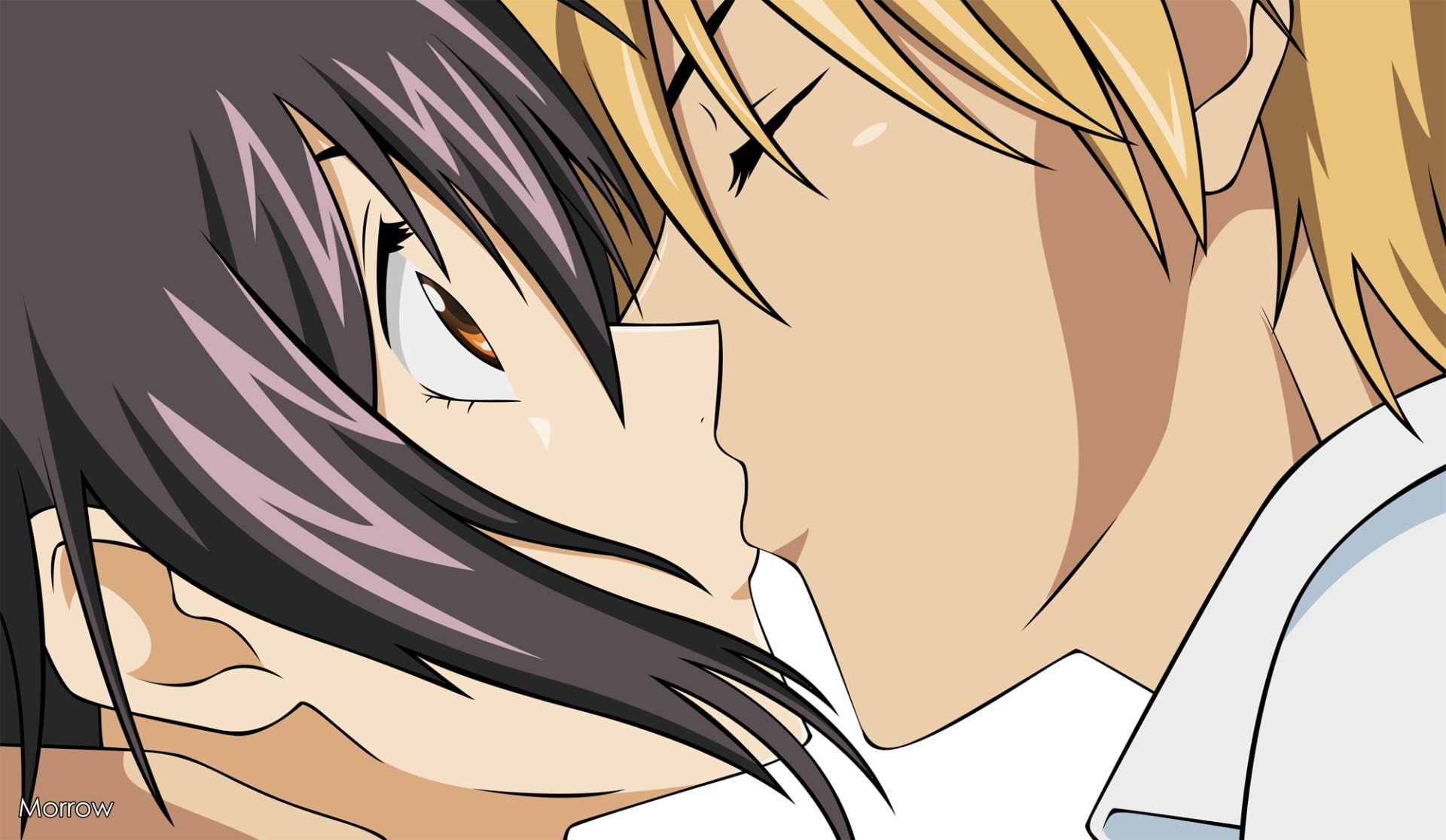 And the most popular student in the school, Usui Takumi, found that, so do you think it is the end for her or something predestined will happen?

Chiyo Sakura, a high school student, has a crush on Umetaro Nozaki, a classmate, but she finds it difficult to tell him. He makes one fruitless try and then brings it home. Although Nozaki is a mangaka and creates a comic book series for girls published in the journal Gekkan Shoujo Romance, he believes she is a fan, contrary to Sakura’s wishes. After noticing her skill in the art club, he hires her as just an Inker. Because she is so near to him, and perhaps she might still profess her love to him, Sakura enjoys doing this. They establish new pals, and Sakura learns about the job of a mangaka through their frequent collaboration. 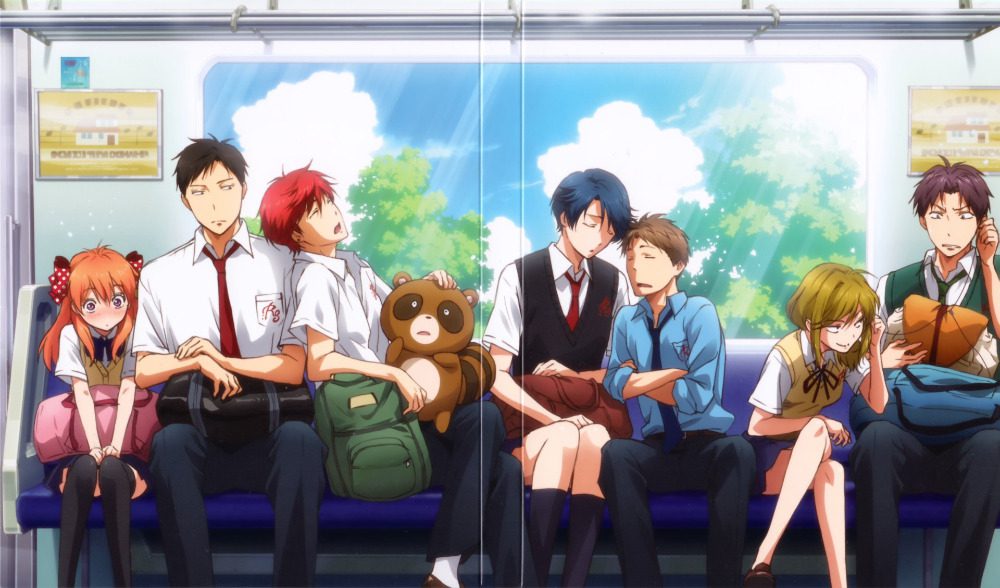 Therefore, Nozaki starts by looking for intriguing people he may use as a model for his stories. Yuzuki Seo is an athletic, cheerful, but occasionally brusque and inconsiderate girl who is a classmate of Sakuras. Sakura got to know Mikoto Mikoshiba, who had drawn the designs and patterns for Nozaki through Nozaki. Mikoto is a would-be womanizer who frequently comes up with catchy slogans but quickly feels self-conscious about them.

They live in sorrow because Nanami Momozono’s father has a propensity for gambling. Her father leaves her behind when he flees the house, taking his debts with him. Nanami is kicked out of her flat because she can’t pay the rent. She then continues to travel the streets till she encounters a random man, who, after hearing her tale, offers her his home. 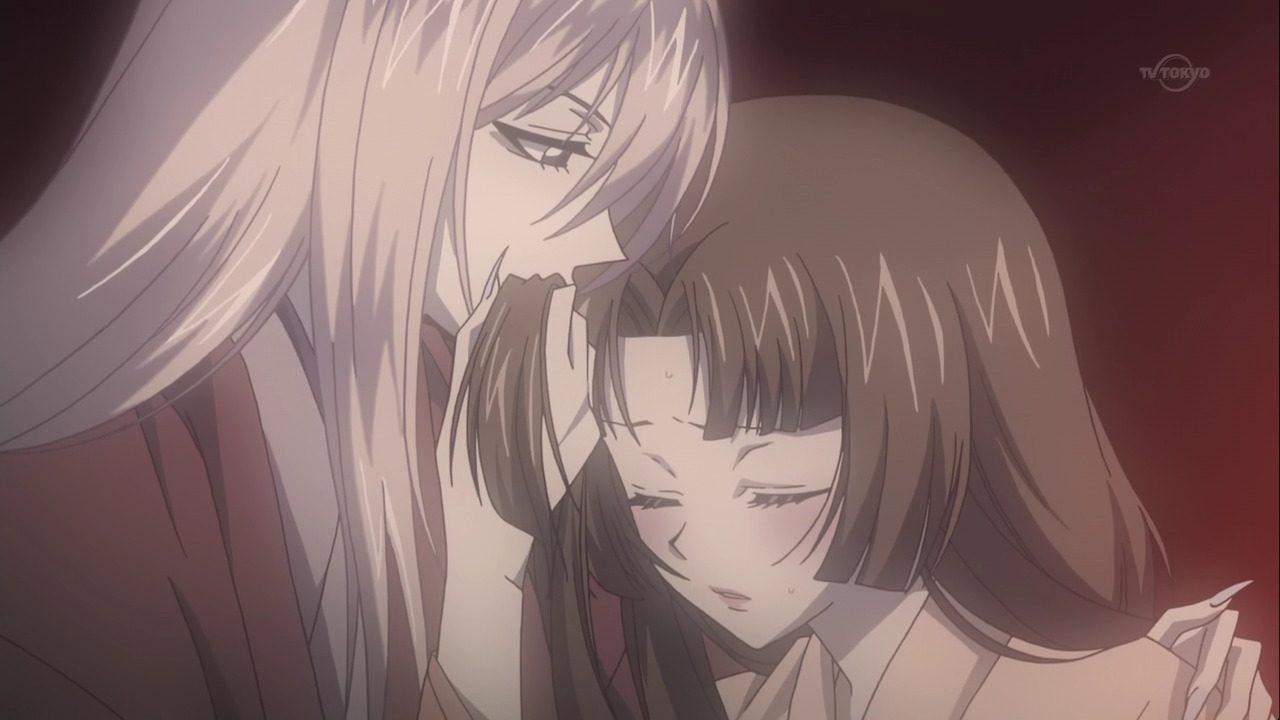 He kisses her on the head and walks away. Nanami learns that the house at the address he provided her is a temple where spirits reside, including a youngster with fox ears and a tail. She finds out that the artificial her is the newest god of the Earth by kissing her, and she will have to manage various challenges to maintain her position as a divinity.

Tsubaki Hibino, a high school student, enjoys cute things and grooming her sister’s hair, but she believes none of it suits her personality. She, therefore, only dresses in long skirts and vintage braids when she attends school. She meets Kyouta Tsubaki, the student who placed first in the entrance tests on her first day of high school. She claims his long hair doesn’t suit him, and his manner is lacking. 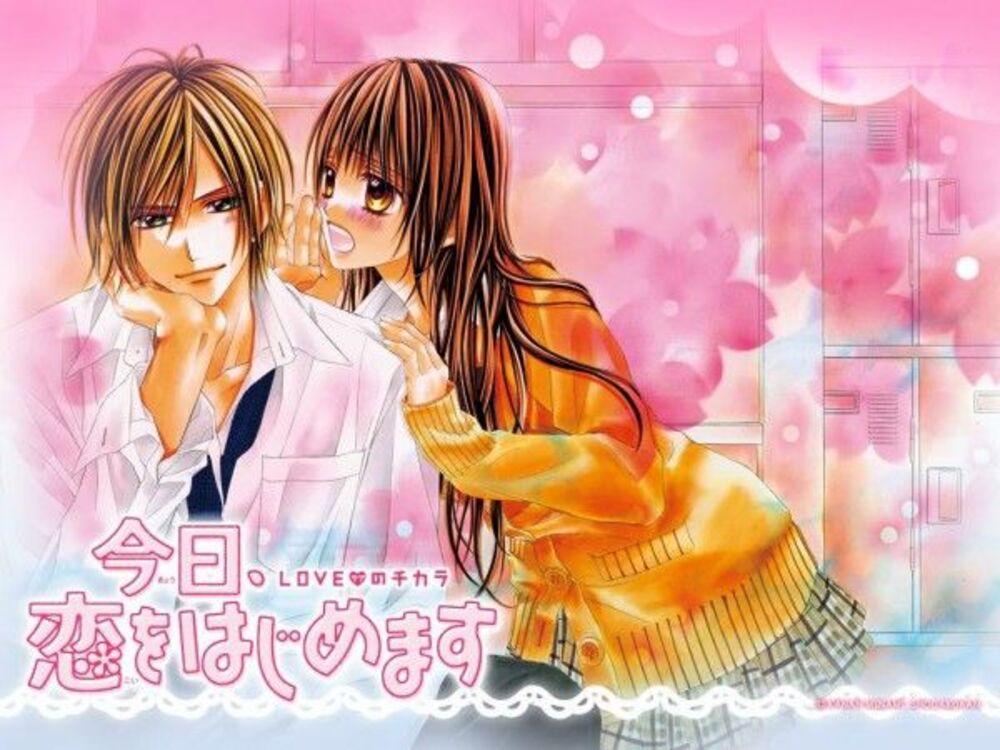 He irritates Tsubaki right away, and she starts to despise him. Tsubaki, which is Tsubaki’s first name, and Kyouta, which frustrates him even more, have the same name. They will be in the same class, which is the cherry on top.