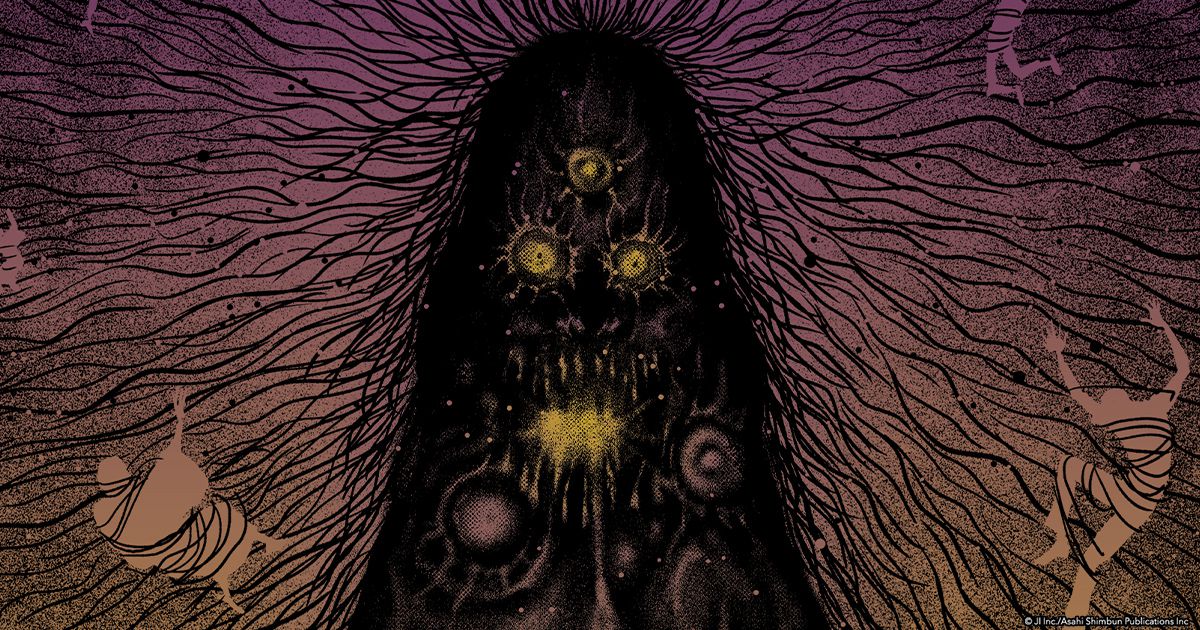 Confidence is how Junji Ito feels when it comes to Horror. It is his field of expertise; he owns it, and we mean all of it. Today we will talk about Junji Ito’s 10 Best Horror Manga You Should Read. We will also discuss why these are considered the best among their kind. Junji Ito has it: gruesome, bloody, spine chilling, graveyard-y, you name it. Speak of the devil, and this man will create him. So get ready to add Junji Ito 10 best horror manga of all time to your reading list.

Japanese horror mangaka Junji Ito’s most well-known works include Tomie, a series about an invincible girl who drives her bewildered admirers insane, Uzumaki, a three-volume saga about a town infatuated with spirals, and Gyo, a two-volume tale about fish under the control of a sentient bacterial strain known as “the death stench.” The horror themes of psychological and cosmological Horror are the two most prevalent in Ito’s work. They make up most of his work, which also frequently deals with other subjects, including the predator-prey connection, the loss of humanism, and obsession.

The universe It portrays is cruel and arbitrary; frequently, his protagonists become the targets of malicious abnormal circumstances for no apparent cause or receive disproportionate punishment for slight transgressions against an unknowable and unfathomable natural order. He borrows heavily from his anxieties, which include those related to mortality, conflict, insects, and surveillance.

It has been quoted as claiming that he depicts physical Horror as the embodiment of the imagination becoming a reality.

Top 10 Best Junji Ito Horror Manga For You To Read

The works of Ito are well-known to many manga readers. His distinctive aesthetic and artistic approach are immediately recognizable. Here are some of Junji Ito’s scariest manga for beginning horror enthusiasts so they can see how Ito deftly blurs the line between genuine terror and paralyzing beauty.

Tomie, one of Ito’s most well-known works in Japan and abroad, is a horrifying tale with several monsters. The terrifying story of Tomie focuses on violent desperation, possessive lust, and the power of manipulation that both people and monsters possess. It follows a young girl who preys on men by seducing them. Taking advantage of their lust, she leads them to their unavoidable deaths to satisfy her cannibalistic urges is the subject of Tomie’s tragic yet horrifying tale.

Although Tomie resembles a succubus quite a bit, she is not the only monster in the narrative. Equally troubling are the horrifying acts that others close to her are willing to carry out to get Tomie to themselves or respond to her rejection.

9. Venus In The Blind Spot 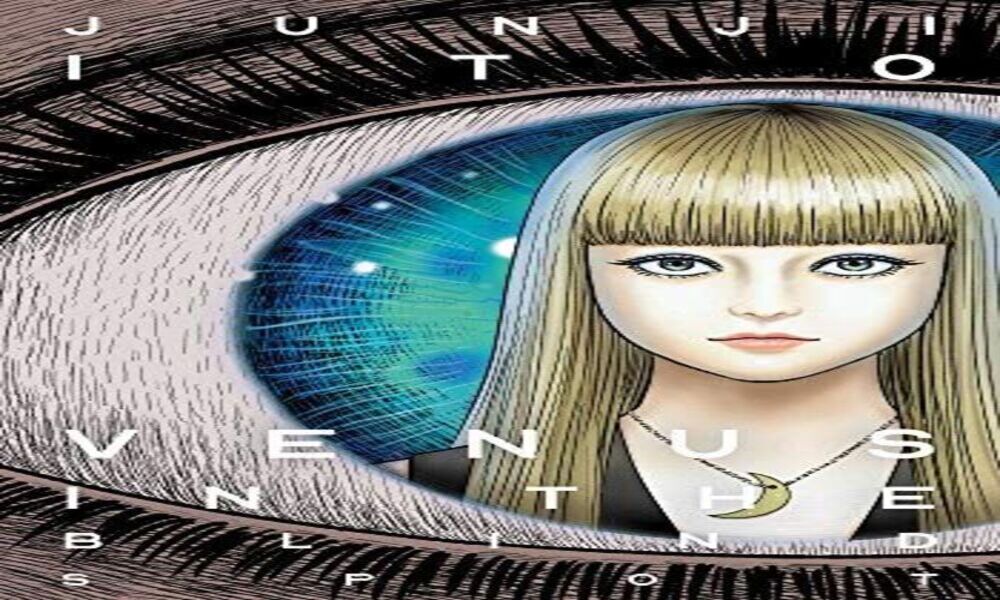 Junji Ito 10 Best Horror Manga You Should Read: Venus in the Blind Spot

Mariko Shono’s stunning appearance was just too much for people around her to handle, so her domineering father used awful measures to protect his precious daughter. The deepest source of Horror in Venus In The Blind Spot can be found in the horrifying things that basic human emotions like passion, possessiveness, and desperation can motivate anyone to do.

The story of I Don’t Want To Be A Ghost centers on Shigeru, a young man who has a tense meeting with an enigmatic young woman who seems to bring him bad luck. Shigeru came across a young woman covered in blood on the roadside one evening as they were driving home from work. Learning that she was Misaki, he took her to the doctor immediately. To his astonishment, Misaki was unscathed and in perfect condition. She was drenched in blood, but it wasn’t her own.

The unsettling story of the enigmatic Misaki, how she’s so drawn to Shigeru, and how her existence ultimately causes his life to fall apart is told in I Don’t Want To Be A Ghost.

7. The Enigma Of Amigara Fault

The Enigma Of Amigara Fault, another of Ito’s many works, is a horrific horror tale with cryptic questions left unsolved and horrifying body horror. The story follows as a major fault is found on Amigara Mountain’s northern slope following a significant earthquake. Due to the recent discovery, many residents looked for fissures after it made the news. The fallen rubble showed human-like cavities on the mountainside, making everyone more curious.

Now that the truth is out, people start to experience weird urges to locate and enter the human-shaped hole they think was “created for them.” The Enigma of Amigara Fault explores nature’s morbid curiosity, seemingly disclosing what appears to be artificial.

Ito’s visual talent undoubtedly draws readers in for a tense and engaging story, even though mystery/thriller writer Edogawa Ranpo originally authored this specific aspect. In light of the story’s focus on a woman’s home life and her fear of being watched or continuously encircled by an unsettling presence, the title The Human Chair almost goes without saying. Ranpo’s story comes to life thanks to Ito’s extraordinary talent as an illustrator and a storyteller, and just his depictions of the mechanics located inside the famed armchair are chilling enough for any reader. 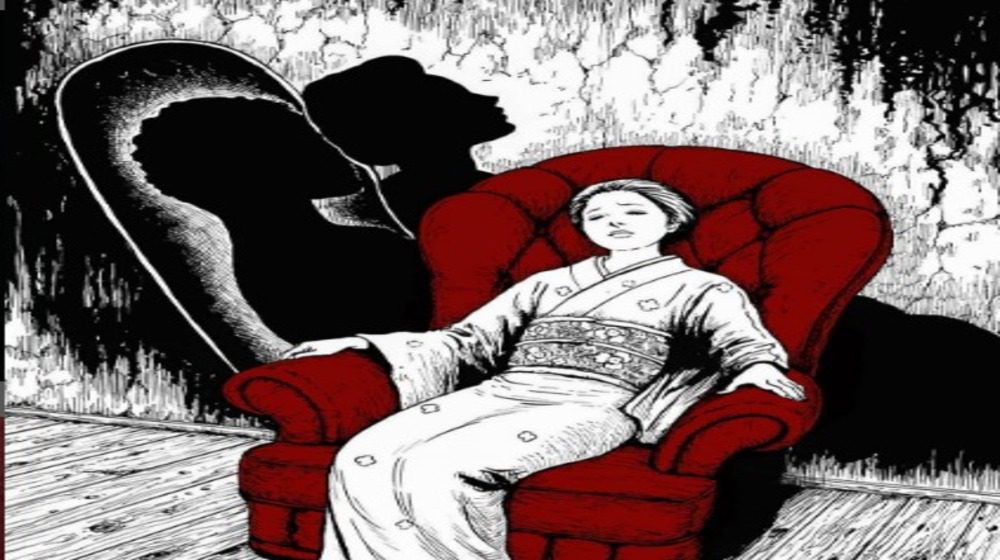 The Human Armchair may appear to be just another narrative with a protagonist experiencing paranoid episodes, but this one wonders, “What if their paranoid thoughts were real all along?”

A mysterious supernatural force is in control of people in the town of the protagonist Asano in the novel The Earthbound. Asano decides to look into these “Earthbound ailments” and solve her town’s riddle after reports of persons caught in odd stances suddenly appear more frequently.

Each victim is compelled to strike a particular attitude, immobile until their final decomposition. The Earthbound examines bodily Horror, the paranormal, and the horrifying prison that the human mind may turn into in the face of overwhelming odds.

Billions Alone, commonly referred to as “Army Of One,” was written in 2004 but is still applicable today. According to the universe described in the novel Billions Alone, a mysterious and agonizing death results from being with other people.

It seems that every form of social event, whether two people or 200, results in puzzling mass murders, as people are found dead with their corpses sewn together across the city. In Billions Alone, the idea of making people keep to themselves for the benefit of society is presented horrifically.

Uzumaki by Junji Ito is frequently recognized as Ito’s finest work. Kurouzu-Cho, which loosely translates as “Black Vortex Town,” is a little town where the story is set. The main character Kirie and her partner Shuichi observe strange occurrences in their village and hesitantly make an effort to uncover its secrets.

Uzumaki, which translates to “spiral,” tells the tale of the horrifying and supernatural murders of common people in Kurouzu-Cho, all of which are connected to the small population’s gradually growing obsessions and anxiety over spirals and spiral-like forms or figures. Uzumaki is renowned for its distinctive body horror with intricate art and environments that is both terrifying and curiously beautiful.

The long-overdue stand-alone release of Sensor, also known as “Travelogue Of The Succubus,” will take place in North America in 2021 and will welcome readers with stunning yet unsettling cover art. While many of Ito’s novels are plot-driven, focusing more on the events than the characters, Ito’s attempt to write a more character-driven story with Sensor was successful. Follows Miss Kyoko Byakuya, a young woman of great beauty, as she makes an unusual excursion to Sengoku Mountain and encounters a mysterious man who seems to understand one too many about her. 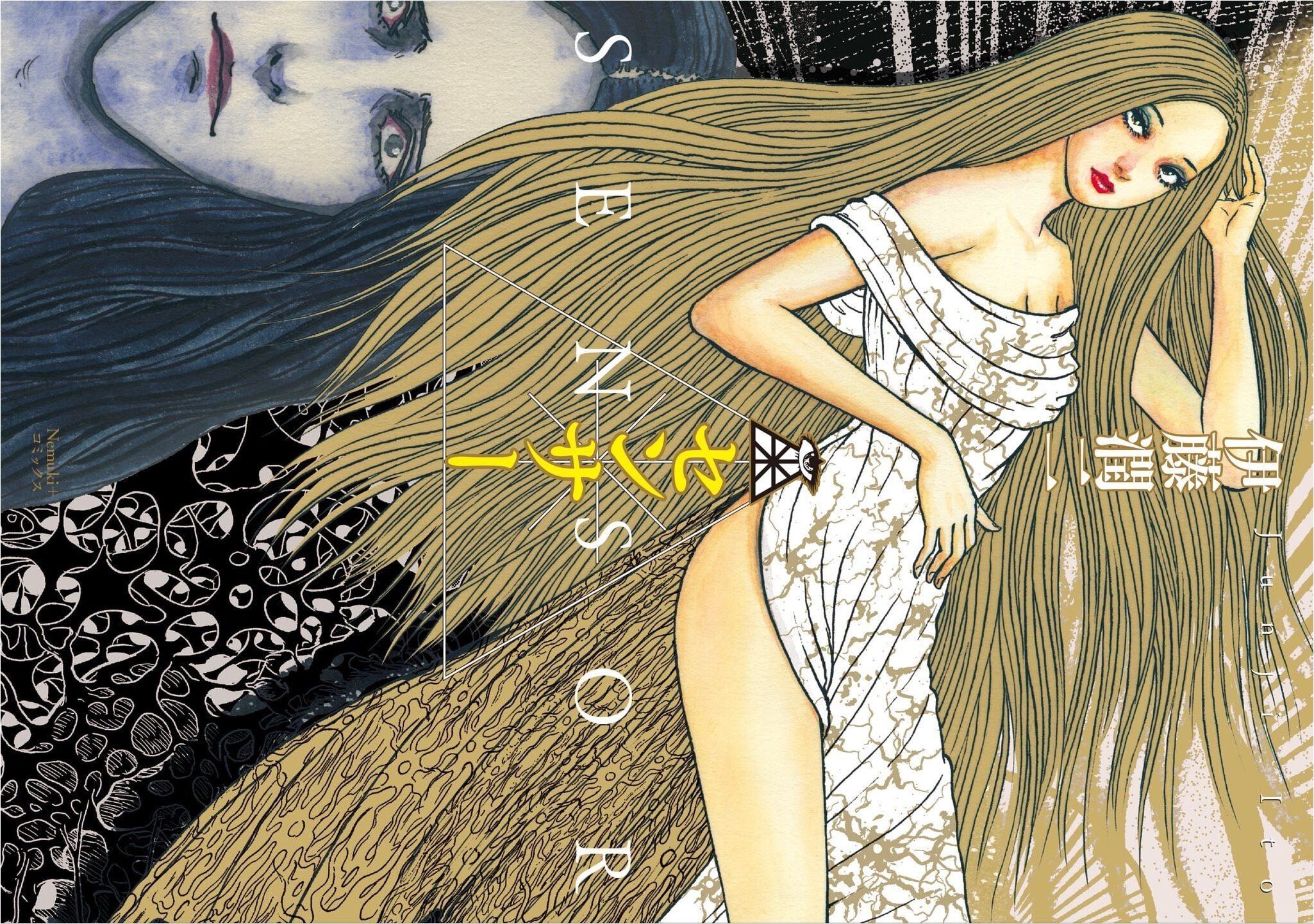 Even though Kyoko is unsure of why she is visiting the mountain, she discovers that she is pulled to it and the nearby small village. She arrives and is welcomed with the mystical “angel hair,” or “Amagami,” as the people call it. She then starts to learn the secrets of the remote community and the meaning of her coming.

Ito’s work has received praise for its fascinating artwork and compelling narrative, and it is sometimes likened to the terrifying creations of fellow horror writer H.P. Lovecraft.

Gyo, also known as “Gyo Ugomeku Bukimi” and loosely translated as “Fish: Ghastly Squirming,” is one of Ito’s most used weapons for a good cause. This narrative goes to wonderful and unexpected places thanks to the straightforward yet dreadful concept that marine animals all around the city are progressively morphing, evolving, and becoming horrifying monsters that are powerful and violent.

On their scuba diving trip, the main characters, Tadashi and Kaori, discover a few odd sightings. Even the thought of a straightforward fish developing legs can give some readers the chills, but Gyo goes much further, and, like the fish, the plot develops into something more complex and ominous. Gyo involves a variety of concerns, including the abolition of humanity, abandonment, and horrific gore.