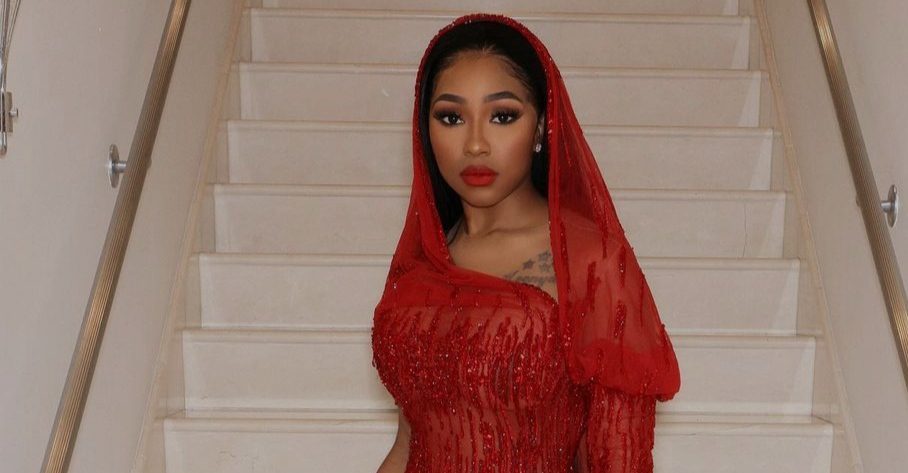 Who is Yung Miami dating now in 2022? The question has certainly grabbed the attention of the people. The American singer is pretty popular when it comes to talking about her personal life. Ever since the beauty joined the industry her love has always managed to be in the headlines.  She often hits the headlines because of her social media posts. Undoubtedly, she is dead gorgeous and so does her social media account. Yung is pretty active on social media and has around  6.5 million followers on Instagram. Her recent post in an elegant red embodied gown with a veil has caught the attention of the people.

The musician is immensely popular and so does her life. Fans are interested in knowing every single thing about beauty. Yung Miami’s dating life is making the juicy headlines in the newspaper as fans are speculating that she is dating Diddy. Her recent interview with Diddy is getting viral on the internet and everyone is interested in knowing if Yung Miami dating someone. Here in the article, we will talk about Yung Miami’s dating life. Let’s have a deep dive into the life of the musician and find out who is she dating as of now 2022?

Also Read: Are Youngjae And Lovey Dating? Are The Rumors True?

Yung Miami is dating Diddy. She has recently confirmed the rumoured making it very clear that she is in love with Diddy. They share a pretty good relationship and have a better understanding. The couple adores each and never missed a reason to gush about each other. After a year of speculation, Yung has finally been opened up about her love life.

In the recent episode of Caresha Please, Yung’s guest for the show was none other than Diddy himself. The episode started with Yung asking him a few simple questions. As the tequila’s flavour took over, the questions became bold and wild. Yung asked diddy about their relationship. Answering her question, Diddy said, ” You are a good mother, a beautiful friend and I enjoy your company.” She then again asked him, “What is our relationship? ” He said, “We date, we are dating. ”

Yung Miami with her boyfriend Diddy

He also said, “We are enjoying good company, we go around, exploring exotic locations. We have great times.” However, he later makes it clear, “I am single and taking his time.” Yung seems a bit annoyed and then she cleared that they are dating. Although they are not in a committed relationship, they are going strong and are enjoying their relationship.

Also Read: Who is Petra Kvitova’s Boyfriend? Is She Dating her Coach?

How Long They Have been Dating?

Some might have recently come across Yung Miami and Diddy’s relationship, but let me tell you they are dating for last year. The first time the couple caught the attention of the public was when they were seen enjoying the Pierre “Pee” Thomas’s birthday bash. Diddy posted a picture where he was seen with Yung holding hands. Yung responds to the centre with a heart-eyed emoji and fire. For the past year, their whirlwind romance has been in the headlines. The couple was caught in several times enjoying dates and vacations.

Later that year, in August 2021, Yung Maimi was seen cuddled up with Diddy. She was seen sitting on her lap of Diddy and enjoying the liquor. The following year, she also posted a picture of herself enjoying vacation with a mystery man, whom fans speculate to be Diddy. However, she deleted the picture later. Although, their relationship has been confused and created a lot more confusing leaving fans with numerous unanswered questions. Finally, their relationship is confirmed and the couple is going stronger with the time.

Diddy also talked about taking Yung on vacation to Mexico. The couple enjoys vacations and often enjoys outings. Diddy lost his girlfriend back in 2018 and it is finally after two years he finally hit the dating rumours.