The Real Housewives of Dubai Season 1 Episode 14 release date is around the corner and here is what we know about the same. The show is made for Bravo and is set within The Real Housewives franchise of the channel. It is the twelfth spinoff of the original series. The main motive of this show is to throw light on the lives of various women who live in Dubai and handle their households. We see the camera focusing on the personal and professional aspects of each of them. With a fresh new season of the series, we see 6 cast members who serve as the main focus housewives. They are Nina Ali, Caroline Brooks, Lesa Milan, Chanel Ayan, Sara Al Madani, and Caroline Stanbury.

Back in the 13th episode of the series titled Reunion Part 1, we saw that the ladies which we have seen all across the entire season one, have now brought some heat from the UAE to New York City. A huge and dramatic season 1 has already been filmed and over but with this reunion episode, we get to see the point that these cast members are in their lives right now. Well, the drama is still upheld because Caroline Stanbury is not holding back. She immediately accuses Lesa from the other Real Housewives franchise episodes of stealing her work and designs. 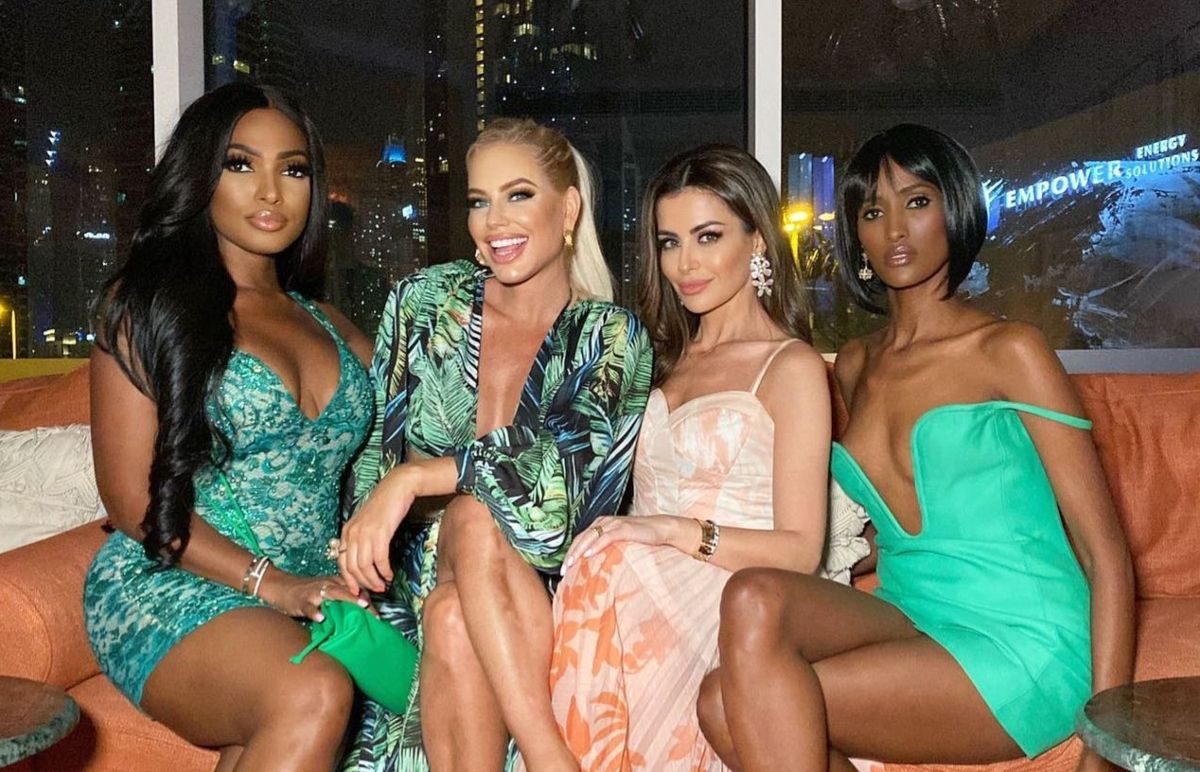 According to Caroline, Lesa has stolen the majority of her fashion designs. Soon we see her bringing up the topic of her book of lies. Well, with a brand new episode that will also mark the end of season 1 of The Real Housewives of Dubai Season 1, we will witness the aftermath of these accusations and how their relationships are now amending. Coming back to the future of the show, here is what fans can expect right now.

The Real Housewives of Dubai Season 1 Episode 14 release date is on the 7th of September 2022. The episode is titled Reunion Part 2. It is supposed to drop out on Bravo at 9 PM Eastern Time. You can expect the episode to have a runtime of 48 to 55 minutes. This episode shall mark the finale for all our Dubai housewives.

The Real Housewives of Dubai Season 1 Episode 14 can be watched easily on Bravo when it airs on the channel at the date and time we have mentioned. Other than that, fans will also have the option of streaming the episodes through Hayu TV outside of the United States. All the episodes will be uploaded to Peacock a day after their official air. You can access them with commercials with a Peacock Premium plan priced at 4.99 dollars a month.

Alert: This article contains information about the next episode.

The Real Housewives of Dubai Season 1 Episode 14 is titled Reunion Part 2. In this entry, we shall witness that Caroline Stanbury and Lesa have finally decided to sit down and get to the bottom of their issues. This will give us a huge source of entertainment. As for Ayan, this will be a very emotional episode. She will discuss the childhood trauma which she faced growing up and how it still affects her. Fun activities will be arranged for the ladies as they shall exchange gifts. All of these will signify what they think of each other.