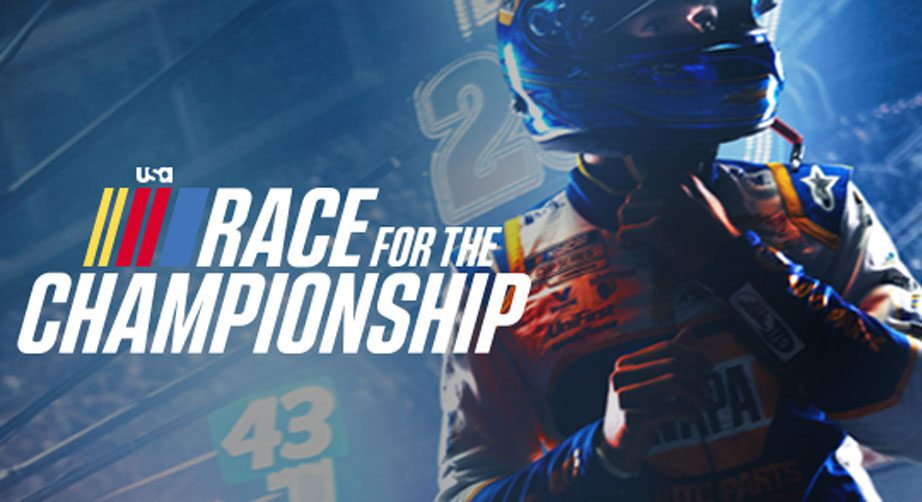 One thing everyone would have wondered while watching the famed NASCAR races would be how the racers are so unwavering in the face of such high-pressure situations that they witness on the track. Whether that’d be a sudden crash or a photo finish, these situations will surely make the viewer jump up in anxiousness. So how do the racers cope with this pressure?

That is just what the docuseries Race for the Championships is here for. It shows some of the never before shown glimpses of the off-the-screen happenings of the NASCAR world.

As the third episode of the documentary is right around the corner, here are some details about the show and the upcoming episode.

A Still from NASCAR Playoffs

About Race for the Championship

Race for the Championship is an American sports documentary that focuses on the lives of the bold souls who participate in NASCAR Championship races, as they compete for glory in the tension-filled NASCAR playoffs. The show not only tells the chronicles of their races but also the racers’ lives outside the track.

The show produced by NASCAR studios has given the fans unscripted insider insight into the happenings of the octane-filled world of NASCAR racers.

The show is scheduled to have a total of 10 episodes. Each episode of the show tells us the story of how each decisive moment in the NASCAR Playoffs 2022 happened, in a way that is rather reminiscent of those autobiography movies of renowned racers.

The show does not make the races overdramatic, as the real-life footage used in the show is dramatic enough. But the show has still added some new aspects to the real-life footage, like inspiring and nail-biting background scores. Using never before shown unique camera angles, racer, and team audio wire comments, the docuseries gives us access to the details of the racers and their team coming up with decisive decisions while on track.

Apart from the racetrack lives, Race for the Championship proves to the viewers that esteemed NASCAR racers are still humans. We follow how the off-track lives of the 12 racers depicted in the show are affected by their high-risk racetrack lives. It is truly amazing to watch as they balance their high-pressure career with their daily life. And despite how they may act competitively on track, the series shows us that the rival racers truly maintain a good relationship with each other.

The show essentially grounds the people’s understanding of the racers and their lives, humanizing them a bit more. Making the fans start to think of them as individual characters rather than mere racers on the track.

Race for the Championship Cast

The cast of the docuseries is none other than the racers themselves. As there is no better person other than themselves to enlighten us, the 12 racers are the ones who recount their NASCAR story through the highs and lows of the Playoffs to the viewers.

Race for the Championship is produced by NASCAR studios.

The third episode of the documentary Race for the Championship titled ‘Old School Versus New School’ is scheduled to air at 10/9c, Thursday, September 15, on the USA Network. The episode is reported to have a runtime of 47 minutes.