Moonshiners Season 12 Episode 3 release date is just around the corner. The series throws light on a couple of families who illegally produce liquor at their business. The episodes are televised in a documentary format, and we see the drama between the family members as well as how they attempt to avoid the law. The series is named Moonshiners because these people living in the hills produce illegal moonshine for sale.

These families are in the Appalachian Mountains of various states, such as Kentucky and North and South Carolina. They can even be found in Tennessee as well as Virginia. We see a dramatized version of how the workers work at the business and the whole producing process.

The staff and the family just put a lot of effort into their liquor production and even have to employ some of the techniques to get rid of the law and any legal terms coming up at their doorsteps. Now, you might be wondering about how they are making a series over something that is so illegal, right? Well, there have already been a lot of controversies regarding the same, and we will explain them all.

First, there are official claims made by bodies such as the government itself regarding how this series is actually fake. They issued various statements lining that the episode does not actually show what really is there. 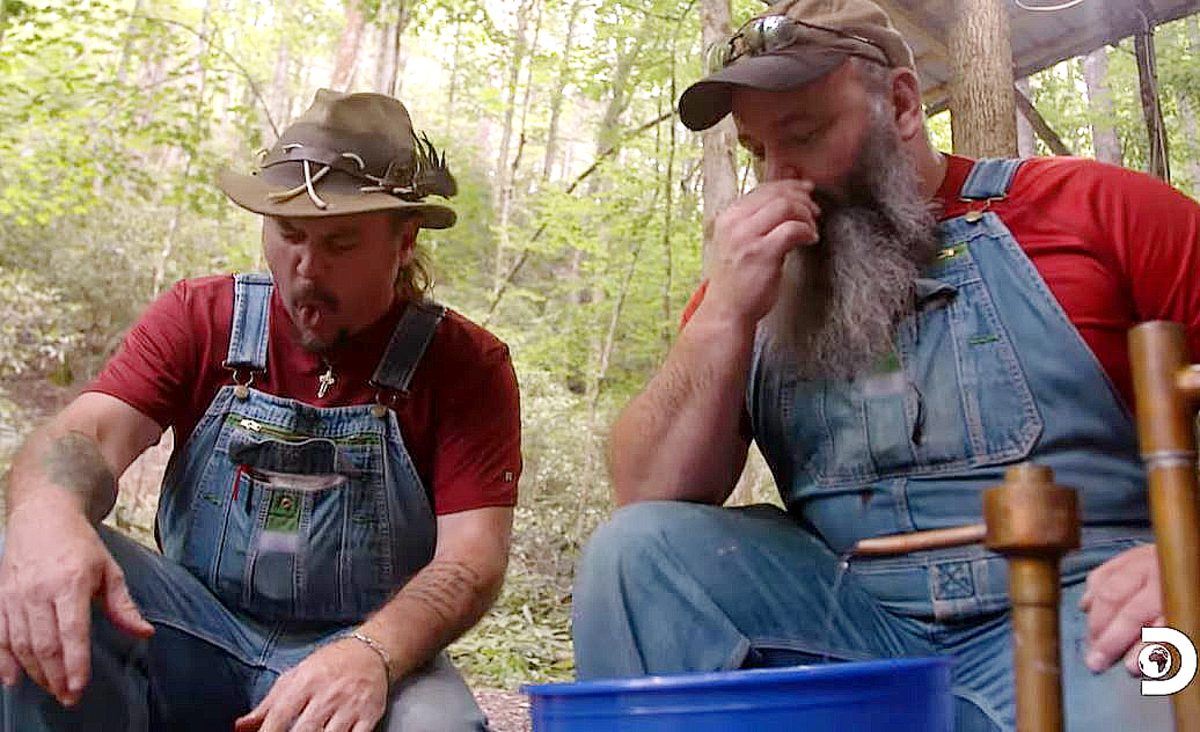 A still rom Moonshiners – Courtesy of Discovery Plus

The Virginia authorities have also termed that there is actually no illegal production of liquor in their state, and whatever the series shows is fake or staged at best. The government got involved in this further by bringing in the Virginia Department of Alcoholic Beverage Control. Back in 2012, they issued a public statement saying that there were no illegal activities in the region.

Had there been anything that is going on at these places, the ABC Bureau of Law Enforcement would have actually intervened and taken strict actions against the same. Later, they also revealed that they actually asked the producers to add a simple disclaimer at the start of the series to rectify their content and proof that whatever they are showing is just dramatization and not real.

But well, that statement was never seen, and even till now, with the 12th season, Moonshiners just claim that everything that they show on our screens is very real indeed. Back in Moonshiners Season 12 Episode 2, titled The Harder They Fall, we saw that Mark and Digger are back on the screen, and they are just trying to dig up a new stream in order to make a water supply for themselves.

This has come into their tasks after they lost their initial water supply in the first place. While they are at it, the duo is trying to dig a spring that actually dates back centuries. Later, Josh tells Tickle and the Laws that he has new timber of 1000 gallons which he can provide them with. By the end of the episode, we saw that Richard and Daniel were so into the business that they were able to form a Master Distiller dream team for themselves.

Moonshiners Season 12 Episode 3 release date is on the 23rd of November 2022. It will drop out on The Discovery Channel at 8 PM Eastern Time. New episodes can be streamed live from the channel every week on Wednesdays.

How to Watch Moonshiners Season 12 Episode 3