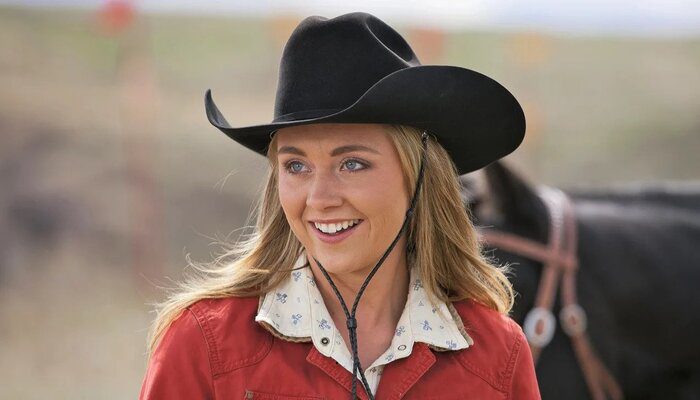 Heartland Season 16 Episode 8 release date is quite near. The series focuses on the two sisters, as well as their father and grandfather, who live on a ranch in Alberta. This country’s lifestyle is what they are trying to get accustomed to, and they are finding joy along with each other. Well, right now, things are not going as great as they usually do at the ranch. Back in Heartland Season 16 Episode 7, we saw the episode starting off with yet another storm that has decided to knock over Hudson this time. This resulted in a power outage at the farm.

After the dreadful night had passed, Amy decided to ride a horse and check if the fences of the ranch held up tight during the storm. She took Spartan out with her, but the horse was acting really weird and wanted to go off in a different direction than where Amy wanted him to. Well, after a little uneasiness, Amy finally follows his leads, and here, we see the tragedy that Any really did not wish upon any of the horses at her ranch. Turns out that Copper, Mallory’s horse, has lost his life.

Last night when lightning struck a nearby tree, Copper might be somewhere near, and given the fact that every horseshoe conducts electricity, he lost his life owing to that. This actually made Amy very emotional because Copper had sentimental values for the girls related to their mom. Marion saved Copper before she passed away, and thus, it topped off the hurt that she was feeling at that moment. 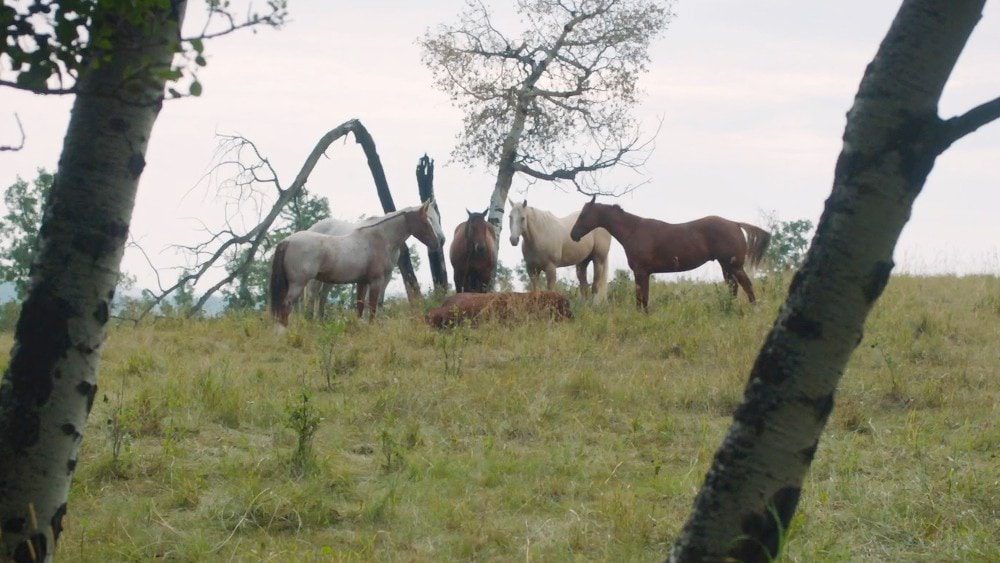 A still from Heartland Season 16 Episode – Death of Copper

When Lou hears about the news, the two sisters just sit down and reminisce about the day that their mom brought Copper to their shelter. The next day, they all gather up in order to hold a memorial for Copper. Mallory and Jake drive to Heartland as well in order to be there for the tragedy and support the family.

Now that the memorial was behind them, Mallory and Jake also decided to figure some of the stuff out with the whole family. Now, we know that the two families have not met since we last saw Jake in season 10. Thus, despite the fact that they are actually sad about Copper dying, the girls and even their kin want to know how the couple has been holding up since and what they are up to.

Mallory tells the fam that she and Jake have decided to settle in Colorado, and their home is located just outside of Walden. Jake has decided to dedicate his time to working at a ranch nearby. As for Mallory, she is taking online business classes from the internet while also working at a restaurant part-time. All in all, the couple is really happy and satisfied with their lives right now.

Right now, they are renting a place but have saved up for a piece of land and are ready to build their home at the location to settle down and maybe even start a family together. Later, when everybody was gone though, Jake asked Mallory why she lied about their situation to everyone. This means that their rosy exterior does not count for what they are feeling within. They are actually drowning in debt while Jake is jobless, and Mallory has to work extra shifts just to put food on the table and a roof over their heads.

The premiere of Heartland Season 16 Episode 8 is scheduled for November 20, 2022. “Running Down a Dream” is how the episode is titled. At 7 p.m. Eastern Standard Time, it will end on CBC. The most recent episodes are available for catch-up viewing every Sunday.

How to Watch Heartland Season 16 Episode 8

Heartland Season 16 Episode 8 will air live on CBC. This is the perfect time to catch the entry, and we have already provided the date and time slot. Later, the entries can be streamed for free from CBC Gem.