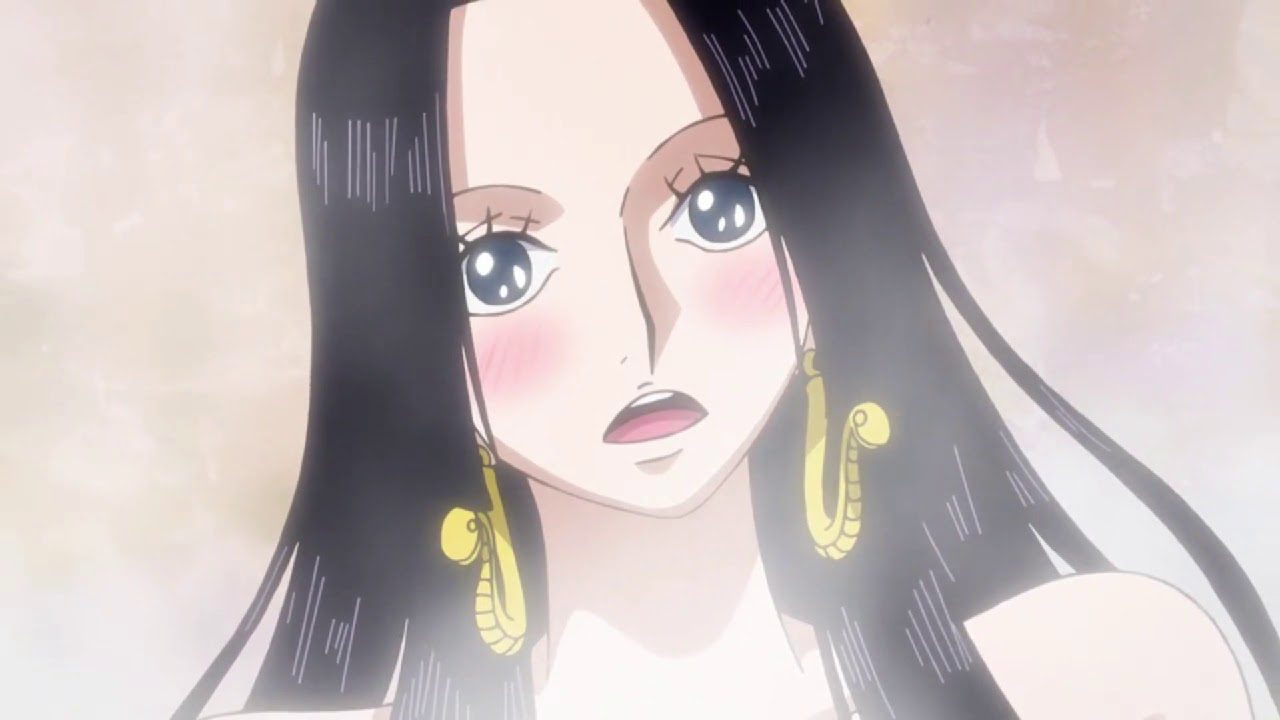 What Episode Did Luffy Meet Hancock?

“What Episode Did Luffy Meet Hancock?”, Once in a while, fans are curious about the strange variety of things that One Piece has to offer. Well, we can’t blame them. In a series as big as One Piece that has more than a thousand episodes and more than a thousand chapters, it is easy to lose track of the series and what events occurred when. Among the very famous meetings that we have in One Piece, Luffy’s meeting with Boa Hancock is iconic and has a comedic stage as well. It is literally a “Monkey” meeting queen of the snakes where Monkeys aren’t allowed.

The reason that people look up to Luffy’s meeting with Boa Hancock is that it might lead up to something. As we know that after Luffy’s adventure in the Amazon Lily Island ended up in Boa Hancock, the snake princess was head over heels for the Monkey. A cold character who does not even gaze at other men has fallen in love with Luffy, who isn’t bothered about romance at all. Well, that is how the character was made. He has saved a lot of princesses on his adventure and refuses to take the gratitude.

However, some fans consider that our future King Of Pirates, Boa Hancock, a queen of the Snakes, would be a good match because she is considered one of the most beautiful women in the realm of One Piece. So their meeting is somewhat precious and how they met. Well, let’s discuss all of this in detail about how Luffy meets Hancock and in what episode Luffy meets Hancock of One Piece.

What Episode Did Luffy Meet Hancock?

Overall in the series, it is a surprise to hear this, but Luffy has met Boa Hancock only twice. And the Gap between them is more than 450 episodes. Naturally, Luffy first met Bao Hancock pre-time skip of the series, and the second time, unfortunately, was a filler during the Wano Kuni arc. So, technically Luffy has met Hancock only once. 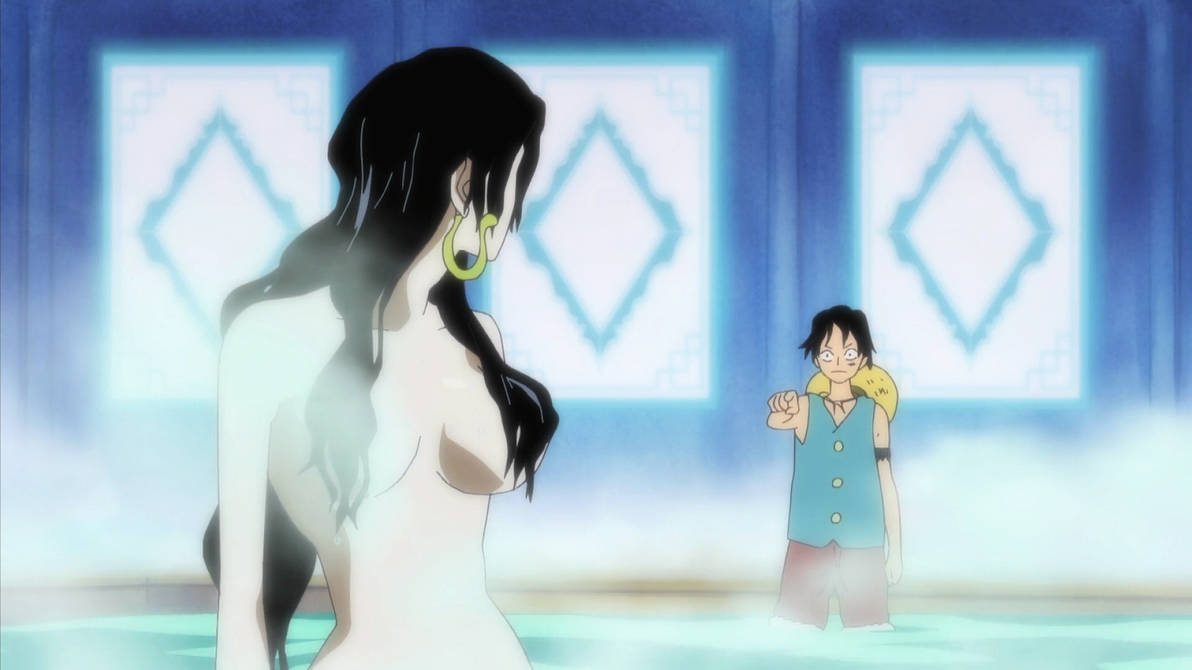 The first time Luffy Met Luffy was when he was strolled into Amazon Lily after Kuma separated the straw hats with his devil fruit. After breaking from the jail and barging into the castle accidentally falling into the same bathtub where Hancock was bathing, their first encounter was funny and also will be iconic. Luffy met Hancock in One Piece Episode 411 titled “The Secret Hidden on Their Backs – Luffy Encounters the Snake Princess”.

Whereas the second time was when they were both being chased by a bounty hunter during a side story at the start of the Wano Kuni arc in Episode Number 895, which was titled “Special Edition! The Strongest Bounty Hunter Cidre”.

Also Read: Who Would Win In A Fight Between Goku And Luffy?

How Did Luffy Meet Boa Hancock?

As mentioned earlier, Luffy Met Boa Hancock in One Piece Episode 411 when he was trying to get back to the Sabiody Village after being separated from the crew, thanks to Kuma’s Punch. After a while of finding his way back to his destination on the Amazon Lily Island, Luffy ends up meeting with the inhabitants of the Island, who turned out to be all women. Men are not allowed on this Island, so naturally, Luffy was put in a Monkey Cage and observed by the women with no clothes on.

As the monkey does, Luffy soon breaks out of the Cage, and the hunt for the monkey begins around the whole Island. Meanwhile, Boa Hancock was returning from a gathering of the warlords by the world government who have been asked to summon in the upcoming battle in the Marine Ford following Ace’s execution. Luffy was only looking for a ride back to Sabaobdy Village and ended up strolling in the Boa Hancock’s Castle when she was bathing and relaxing from her long journey. 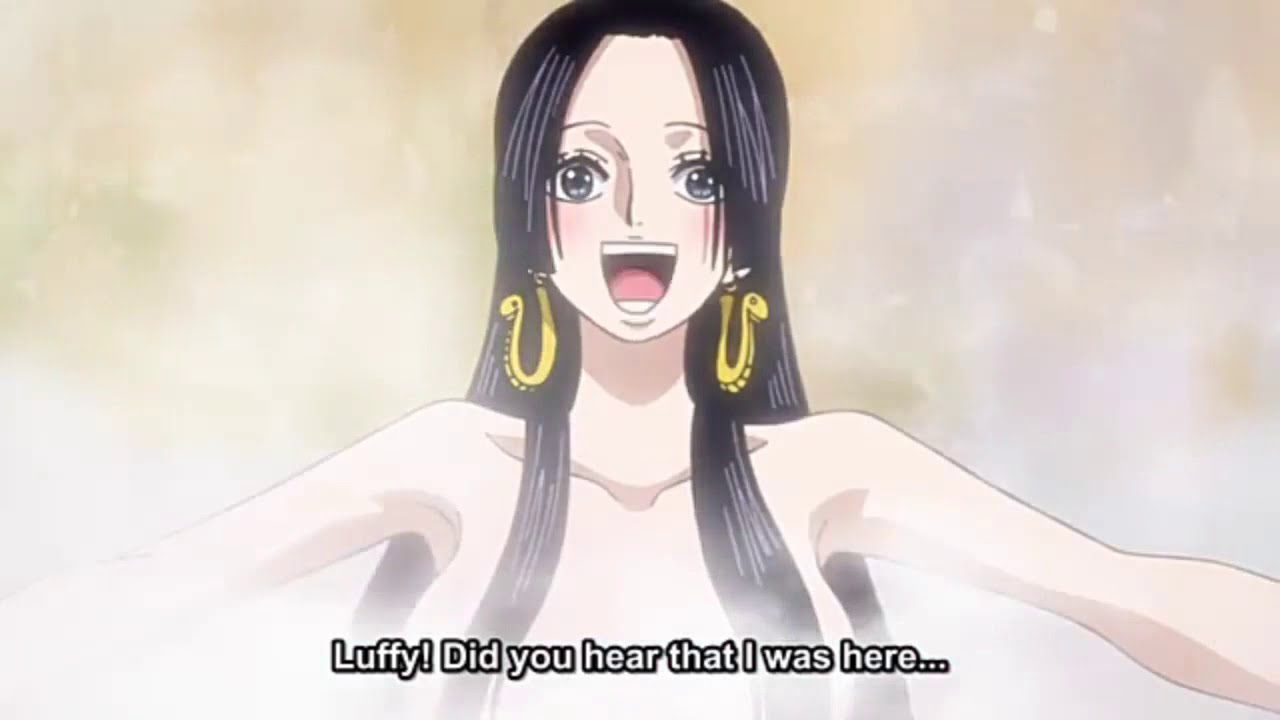 Luffy eventually breaks the roof of the castle and falls down. He finds himself with the snake princess naked in the Bathtub and discovers a sign on the back of her. The enraged princess tries to use her power and turn the man into a stone who saw her back, which no one was allowed to.

Well, that is how a possible couple at the end of the series met. What do you think of their encounter? Could it have been more entertaining? We are sure looking forward to seeing Luffy Meet Hancock.