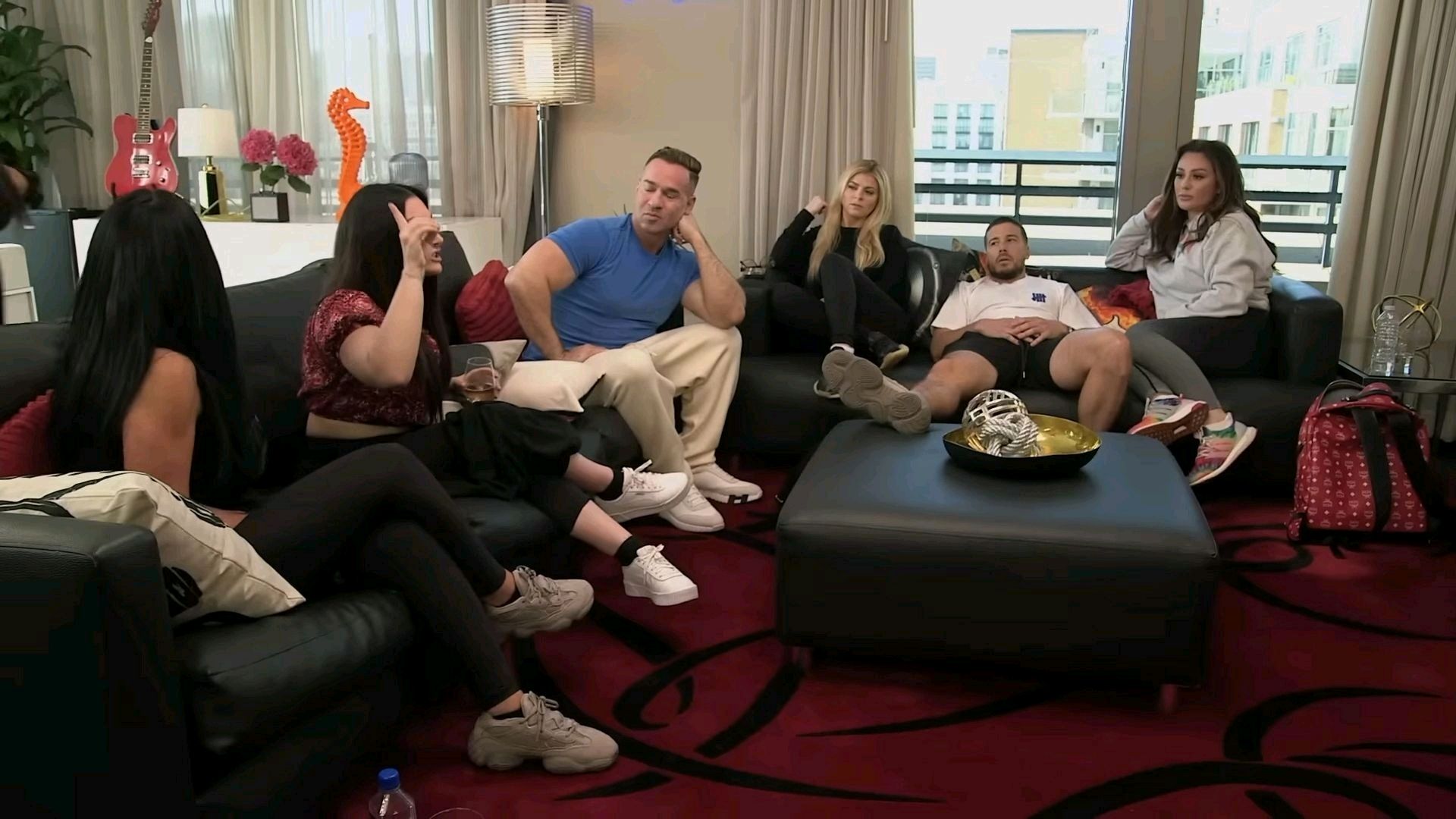 Every season has been divided into two parts: A and B, with the exception of season 1. Both season 2A and season 2B already aired back in 2019. Seasons 3, 4, and 5 have all had the same structure. Being nominated 5 times for the MTV Awards, this show is definitely watch-worthy.

On Jersey Shore: Family Vacation Season 5 Episode 25, we saw how everyone’s efforts resulted in things getting spiced up between Vinnie and Angelina. Meanwhile, some of the roommates were in a poor way after Nikki’s wild birthday celebration. Dren continues her trip to San Diego, and when the roommates visit Little Italy in San Diego, they are shocked to discover Uncle Nino, the ultimate Guido, waiting for them. A group outing to Little Italy in San Diego also unveiled some long-kept cast member secrets. 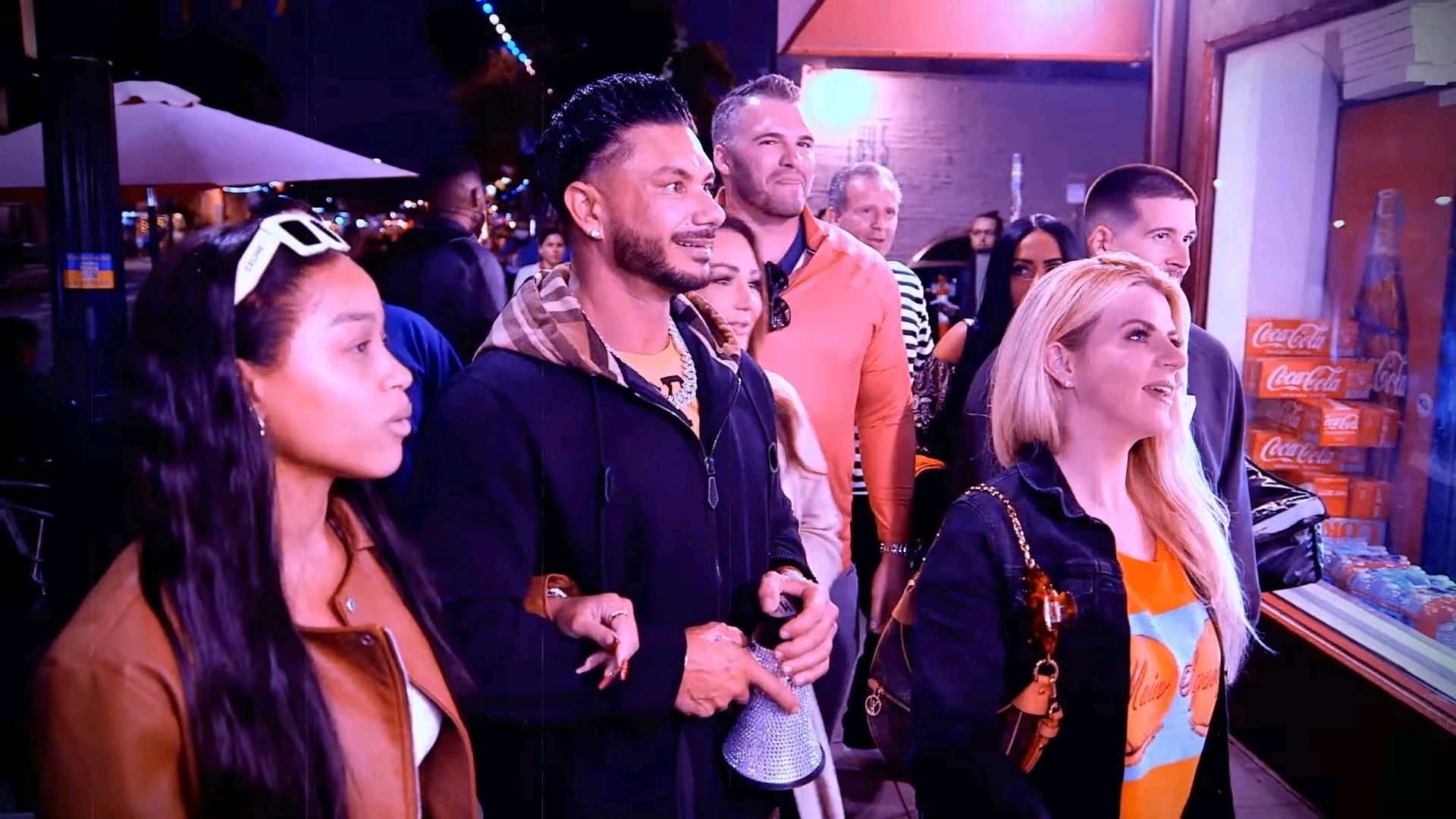 Still from The Gang’s trip to San Diego

Jersey Shore Family Vacation Season 5 Episode 26 is set to air on 22nd September. This serves as a reminder that the show is still active. While fans are assuming that the show will slow down next week, there is no indication as such, despite the fact that the season has been quite long.

You’re going to see an episode that highlights a family fun day, which theoretically should be entertaining. In theory, it is the kind of thing that might make people chuckle, but the issue is that not everyone may be in a good mood. Consider Angelina, who is still struggling with the fallout from her failed marriage. Check out the synopsis of season 5 episode 26 for additional information about that:

In the wake of her lost marriage, Angelina struggles throughout “Deena’s Family Fun Day.” Jenni visits the hospital emergency room. The emergency room is obviously the furthest thing from fun! 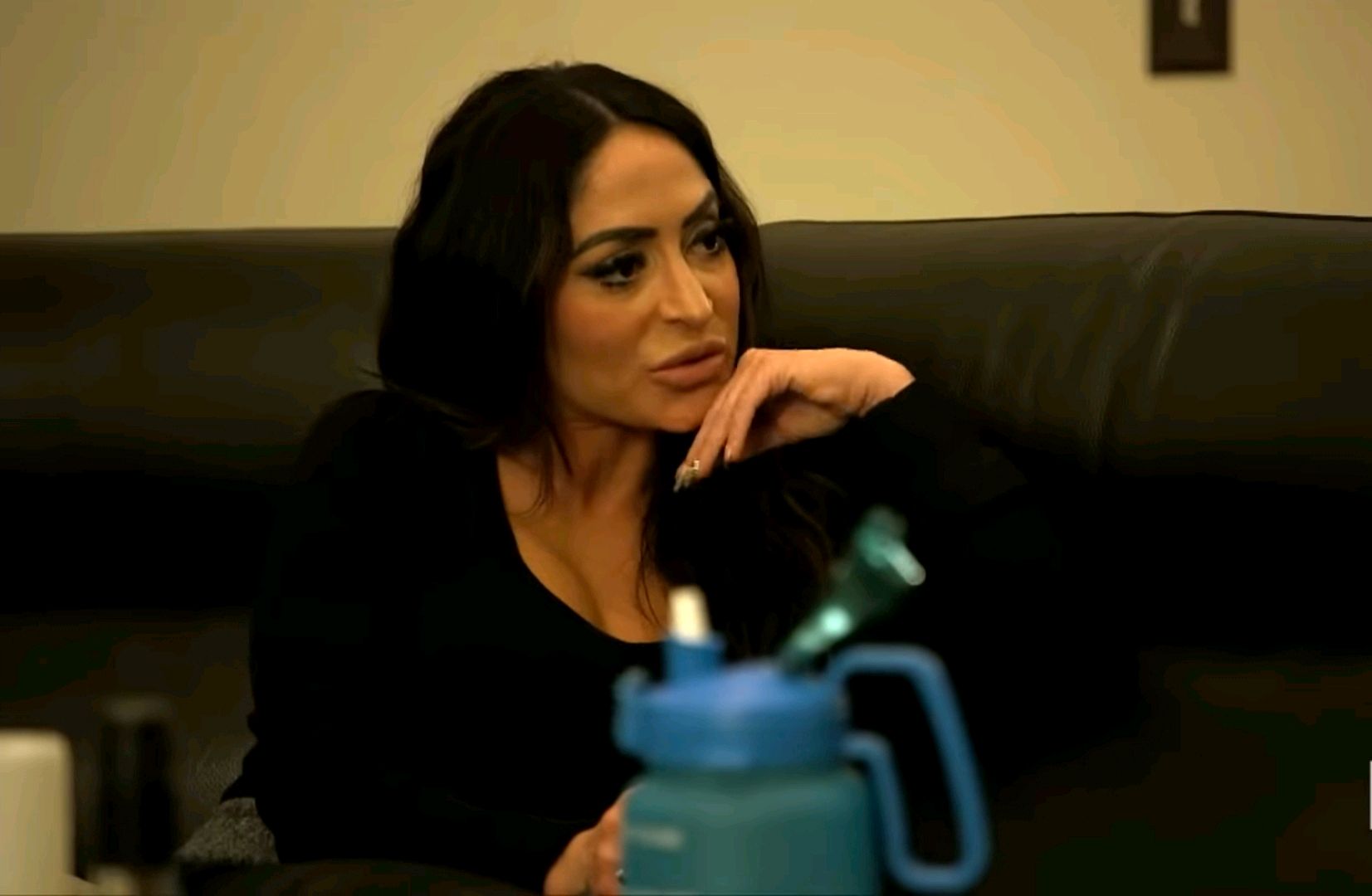 In an unplanned game of Wild ‘N Out, the group is led by Nick Cannon and Justina Valentine.

Where can I watch Jersey Shore Family Vacation Season 5 Episode 26?

Fans may watch the “Jersey Shore” spinoff series live on the MTV app with a cable login. The show is also accessible on FuboTV. The cost of the show on the streaming service is $64.99 per month following a seven-day free trial. Additionally, the show will be broadcast live on Hulu Live or Amaz. Three plans are available from Sling TV.

For $8.99 per month, you can join Amazon Prime Video and gain access to a vast selection of different episodes and movies, with support for streaming in high definition up to 4K Ultra HD. Prime Videos also offers a 30-day trial period, so you may try out the service and decide whether you want to purchase the membership or not if you are unsure.