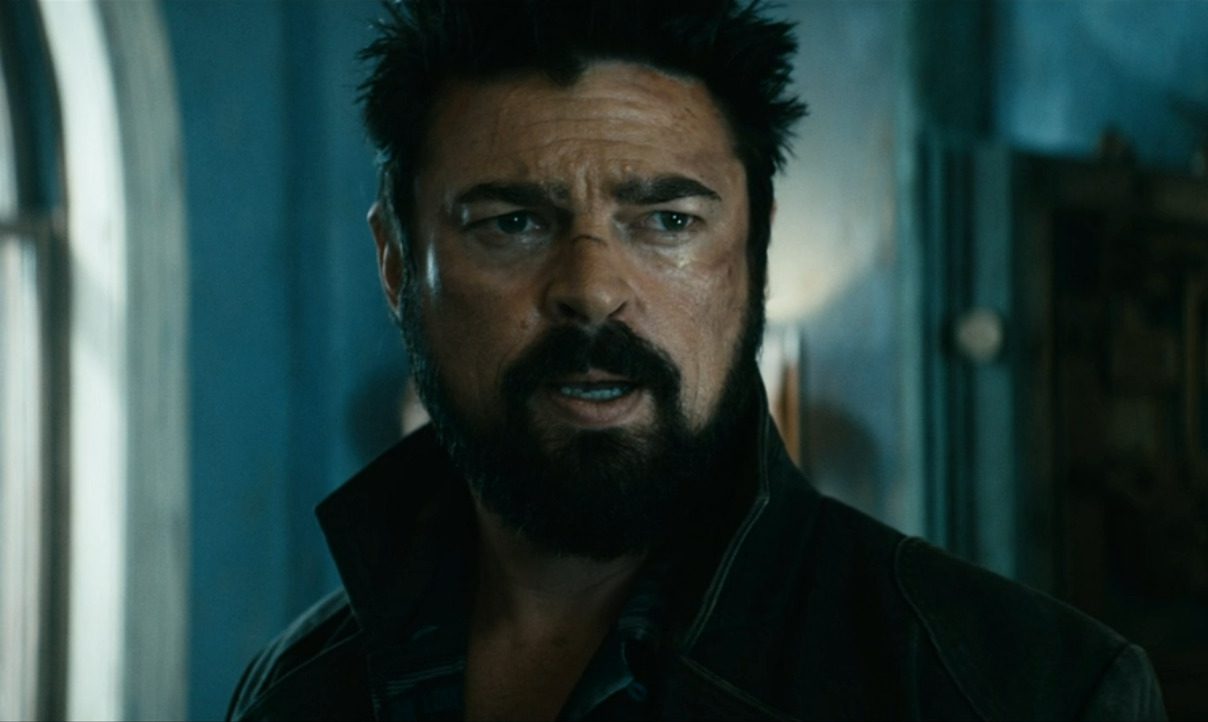 Amazon Prime Video’s The Boys hasn’t let down. This season has been the best of all of them thanks to everything, including the creative brutality, Herogasm, and incredible plot. Every episode looked to be an improvement over the previous one. The characters were amazing, which was helpful. They each contributed something unique, yet they all worked together to hold the season together.

The main plot of The Boys season 3 was centered around a few key subplots, including Butcher and Hughie gaining superpowers thanks to Temp-V, Homelander getting out of control as The Seven’s leader, Soldier Boy awakening again, and Starlight growing more unhappy with her position in the Supe world. The Boys’ season featured a lot of shocking twists, gory murders, and other explicit material. This includes the eagerly anticipated Herogasm adaption.

The Boys season 4 is already on the way. Because of COVID-19, The Boys season 3 fans had to wait longer than they were used to. The third season was widely believed to not be the final one due to the show’s continued success, nevertheless. Shortly after season 3 premiered, Prime Video officially announced The Boys season 4 to support that statement.

The third season of The Boys could therefore be enjoyed by viewers with complete assurance that this was not the conclusion of the story thanks to the early renewal for season 4. The Boys season three finale effectively establishes the setting for the Supe world that will be the setting for season four. Depending on how much The Boys spinoffs are included in the broader franchise strategy, it might also vary even more. But now that season 3 is over, here is all the information we currently have regarding The Boys season 4’s release date, cast, plot, and other details.

The Boys season 4 has not yet received an official release date. The show was just renewed in June 2022, with the season 3 final episode airing on July 8, 2022. We might have to wait a bit before seeing any new episodes. While we don’t have any solid information, we’ve done some research on previous seasons to try and predict when the show will return. The show’s first and second seasons were separated by a year and a month, followed by a larger pause between the second and third, which was delayed by the coronavirus epidemic. Season 4 might be out any time between July 2023 and March 2024 if it follows the same trend as the previous seasons. 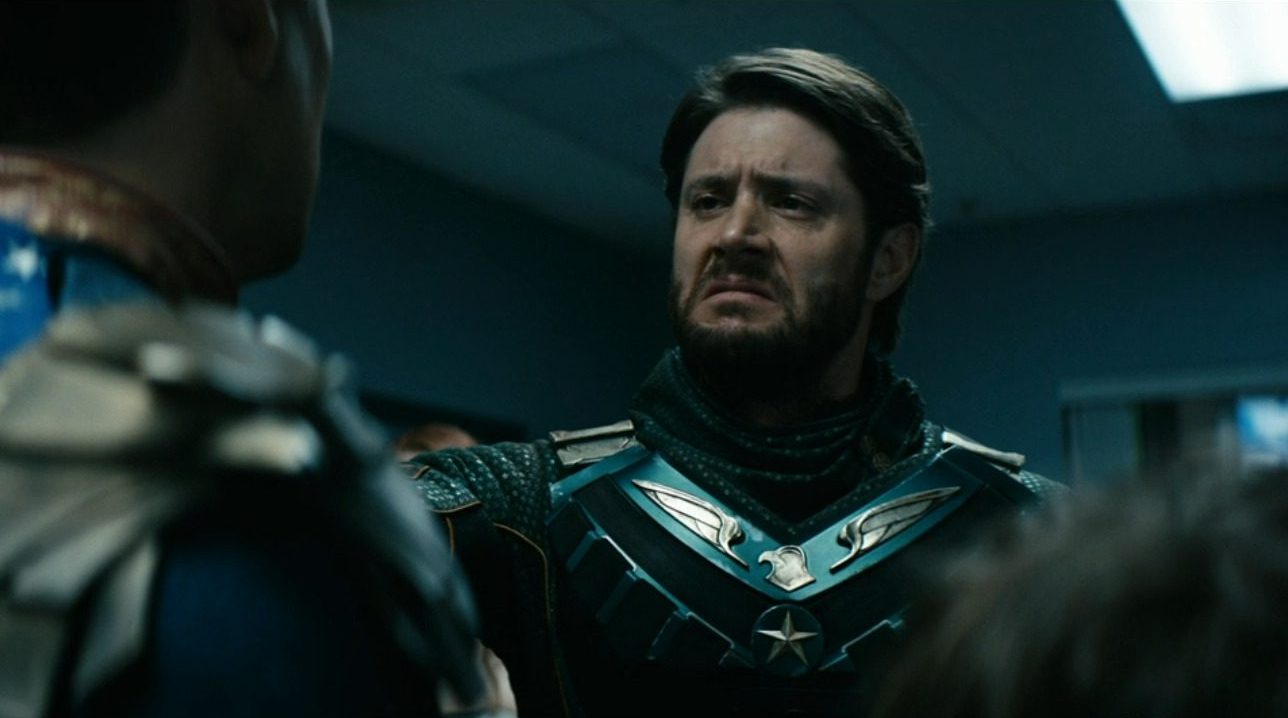 The actor who plays Butcher, Karl Urban, hinted that filming for the show might start later this summer. According to him, season four will start its filming on August 22. And that he is eagerly waiting to put his Butcher mode back on. He continued by saying that the group is enjoyable to hang out with, that they work and play hard, and that he was looking forward to seeing where the writers will take the characters once Season 3 ended. Given this information, it appears likely that new episodes of The Boys will air before the end of 2023. Of course, this is now just a guess.

Obviously, that’s just a forecast, so it’s best to wait for formal confirmation from Amazon, but the new season won’t probably start airing for at least a year. Thankfully, The Boys’ creative staff won’t starve fans of any new material. The Boys consistently manages to keep its product in consumers’ eyes. Sometimes it’s as straightforward as a tweet directed towards a different comic book project. 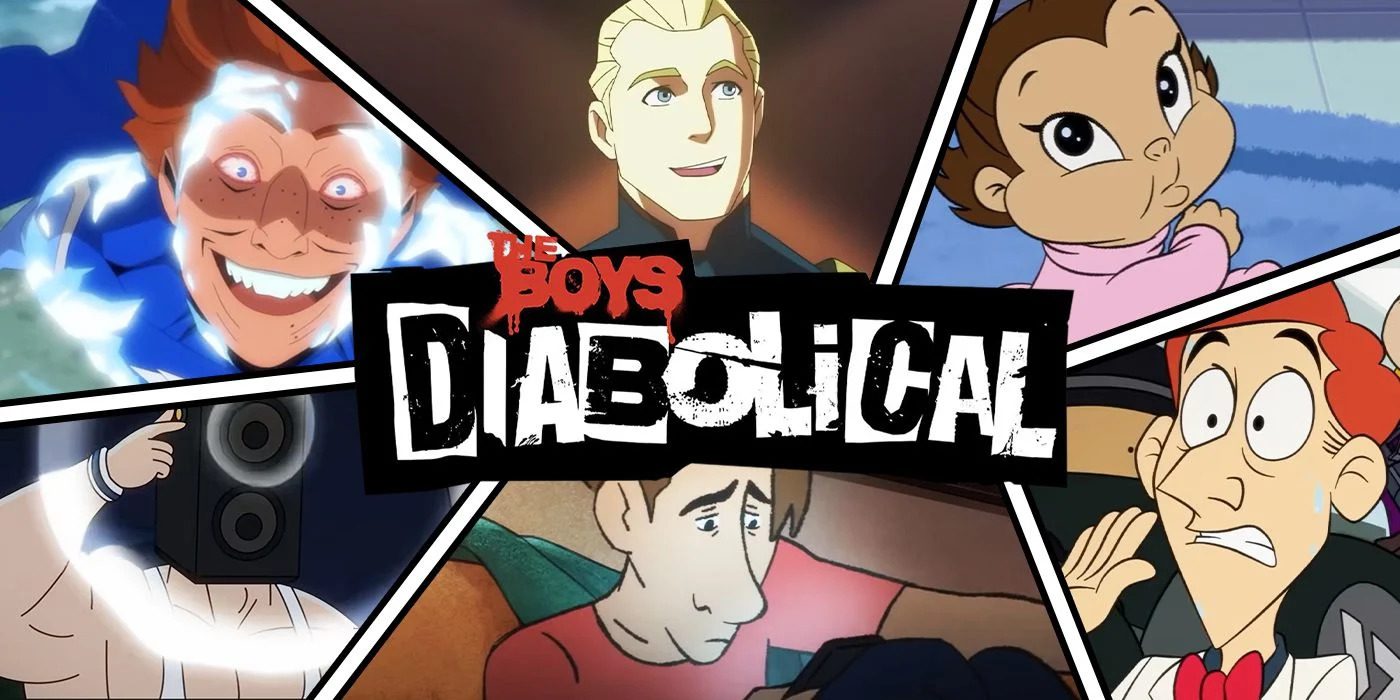 The Vought International YouTube channel is another option. The actors playing the heroes release fictitious advertisements, music videos, and movie trailers there. The Vought News Network also airs Seven on Seven with Cameron Coleman. A  fictitious news website that provides updates on the world of The Boys. This will ensure that there is always content for the show’s viewers. It’s the ideal approach to let fans know that The Boys are always producing for their fans.

Along with season 4, two The Boys spinoffs are also in production. One is an untitled spinoff that is partially based on the G-Men, an X-Men parody team from the comics that is situated at Vought’s Supe college. Maddie Phillips, Jaz Sinclair, and Patrick Schwarzenegger are all part of the spinoff cast. A season 2 of the animated series The Boys Presents: Diabolical is the other The Boys spinoff. The second season will feature a brand-new collection of anthology pieces that are not necessarily connected to the main series.

The Boys’ cast has expanded significantly over the past three seasons, and it appears that almost everyone will return. Before season 4 production begins, we anticipate a few casting announcements in the upcoming months. However, in the meantime, we’ve looked at who survived the season 3 finale. The Boys will probably return. Jack Quaid will play Hughie, Laz Alonso will play Mother’s Milk, Tomer Capone will play Frenchie, Karen Fukuhara will play Kimiko, Erin Moriarty will play Starlight, and Karl Urban will play Billy Butcher. 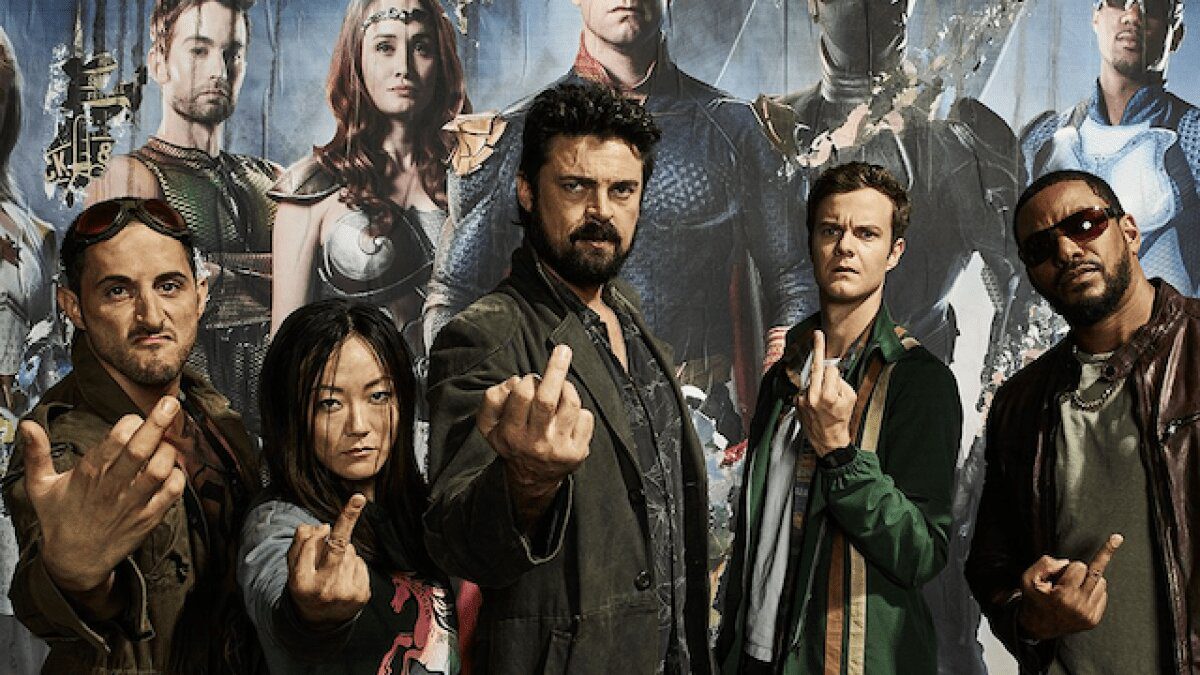 The Seven have been getting fewer in number, but Homelander has survived. As a result, Colby Minifie as Ashley Vought’s suck-up, Jessie T. Usher’s A-Train, Chase Crawford’s The Deep, and Antony Starr will all return. Homelander also took his son Ryan into the spotlight at the end of this season so Cameron Crovetti will probably return. Due to the upcoming election of Victoria Neuman as vice president of the United States, Claudia Doumit should return. Paul Reiser, who plays The Legend, and Katy Breieras, who plays The Deep’s now-divorced wife Cassandra, are two more regular characters that might make a comeback.

What About The Other The Boys Characters?

It is unknown if Giancarlo Esposito will reprise his role as Stan Edgar, the shamed head of Vought. He has not been seen since Neuman and Homelander removed him in a coordinated plan. Anything is possible for him in season 4, perhaps a cameo or a larger part.

After being brutally destroyed by Homelander in the season 3 finale, Nathan Mitchell’s Black Noir has probably made his final appearance. Dominique McElligott, who played Maeve, is most likely gone now that her character went into hiding with Elena.

Soldier Boy is another character whose status on the show is uncertain. In the season 3 finale, Jensen Ackles’ Supe was put back on ice. However, it’s important to note that he survived. There is therefore potential for a return, much like with Stormfront.

The Boys season 4’s plot has not yet been announced, but the season 3 conclusion does offer us a solid indication of what will happen next. The Boys have reunited and are more committed than ever to their plan for overthrowing the Supes. However, it appears that Victoria Neuman is now their main opponent. She struck a pact with Homelander, and when her rivals were drowned by The Deep in the season finale, she won the vice-presidential nomination. She now has a chance to surpass all Sups, at least in terms of politics. 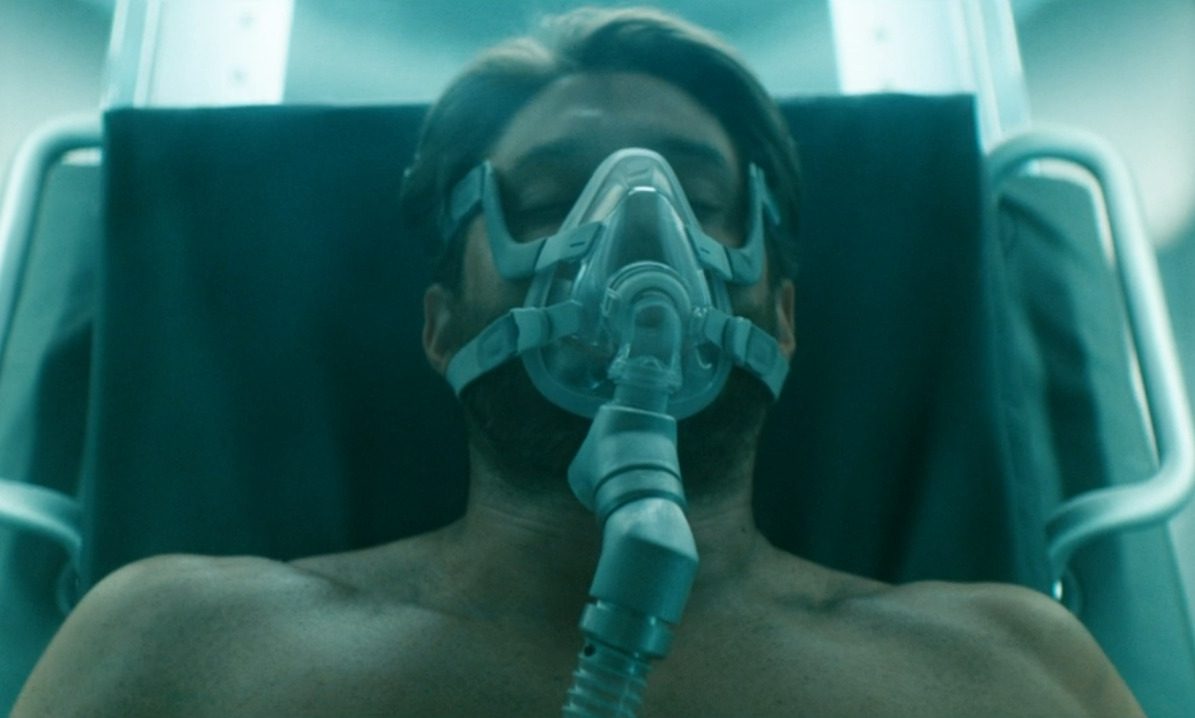 However, Starlight will provide some help this time. She tried to change things from the inside, but she is now fully on team Butcher and an integral part of the group. And after being left to cope with the fallout from Temp V, he might need all the assistance he can get. Billy will be at grave risk in the upcoming season because of the drug’s effects on his body.

As for Homelander, He’s still as insane as ever, and it doesn’t seem like anyone will be able to stop him. Despite Homelander lasering a bystander and exposing his true side, and toxic beliefs in a national TV address, the Storm Chasers are still firmly on his side. Ryan, his son, has since joined him after being revealed to the public along with his abilities.

We don’t yet know if season 4 will include a new major villain. Fortunately, Soldier Boy is still alive after being neutralized. Therefore, when the series comes around, we might see him taken off the ice once more. We bet, though, that Kripke will have a fresh trick up his sleeve for season 4, as we might encounter someone who can finally stop Homelander once and for all. 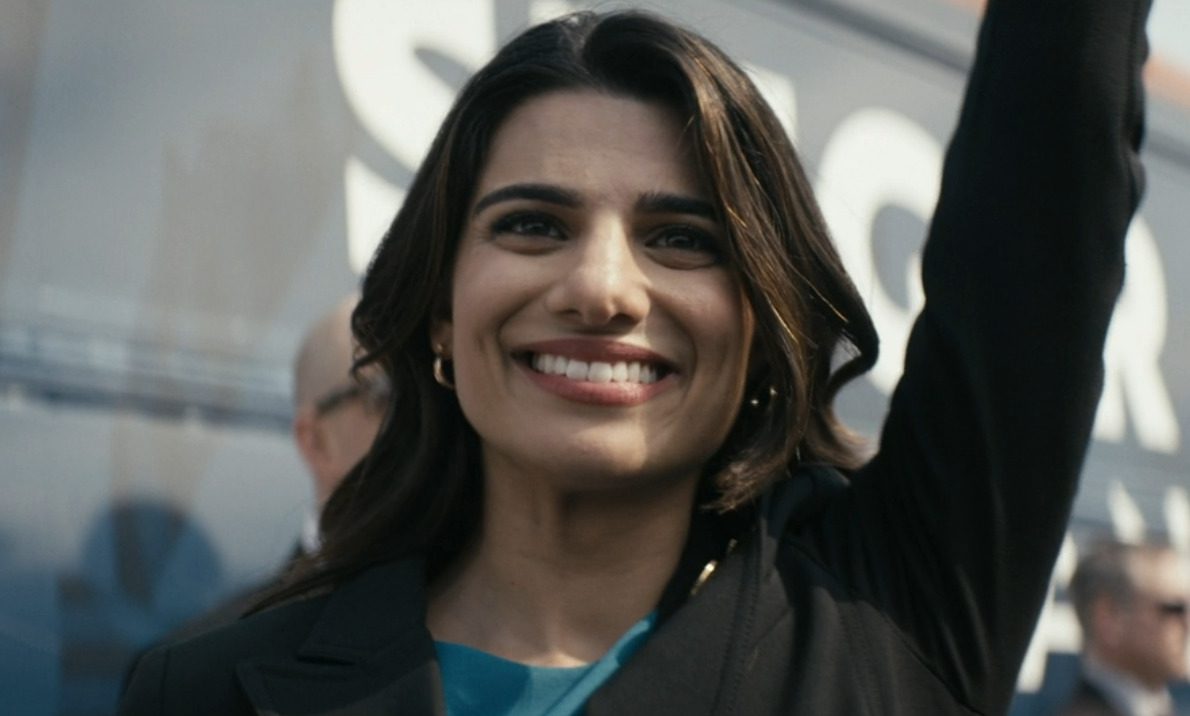 Comics Spoilers For The Boys Season 4

Although the show isn’t taking all the things straight from the comics, there are some The Boys comic book storyline that The Boys Season 4 will most likely take some inspiration from. There are a lot of changes made in the show from its comic book counterpart like changing Stormfront and Neuman’s gender, then altering Soldier Boy’s storyline. But we think that the show is going to take some inspiration from Neuman’s comic book storyline. In comics Neuman is a guy who eventually becomes President of America and increases the freedom of the Supes, letting them cross the boundaries. And by looking at the ending of The Boys Season 3, we think Season 4 could head in that direction.

Also Read: When Will Rookie Season 5 Be Released? Potential Plot