So, let’s look at what will go down in Below Deck Mediterranean Season 7 Episode 4 Release Date. This season of Below Deck Mediterranean has a lot of new stuff going on: New boat, a new captain, and new stories. And by new stories, we mean new drama! You see, the dynamics between Chef Dave and Natasha Webb are, in short definition: Odd. They have an odd, secret relationship going on, and it seems to be controlled by something else. For one part, we see how Dave drops bomb after bomb in each confessional; for the other, we see how it was him all along pushing the envelope on this controversy.

We’re not saving Natasha, after all, she’s the other half in this issue. She seems to be controlling Dave in every aspect —cue in “Rolling Stones “Under My Thumb”—, she has him in the same cabin, she smiles and checks on him every time she gets the chance. Still, she also completely ignores him when she feels like it. So, what’s it going to be, Natasha? You’ll play hard to get whenever you want with poor old Dave?

Before Below Deck Mediterranean Season 7 Episode 4, let’s do a recap of the previous episode. It’s a ship, so you can’t keep things hidden from everyone all that long. So it’s not long before Kyle and Natalya suspect Dave and Natasha’s romance. And long before you know it, we have Natalya asking Dave about it the moment his significant other isn’t there. And he doesn’t know how to answer. He’s a terrible liar.

Dave tells something that we already know: that he and Natasha are a couple. They’ve been tight-lipped about it so she could keep her time slate clear. Goes about how cool it is to sneak around. Then Natasha tells all about how gentlemanly Dave is. 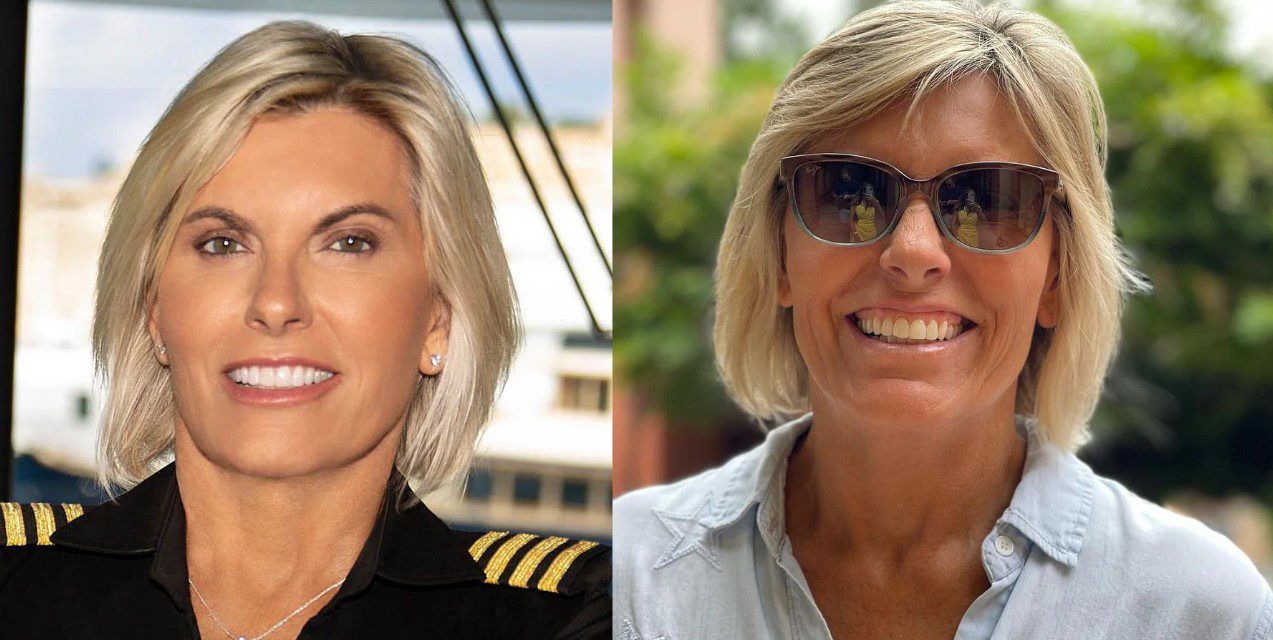 When Captain Sandy sees that one of the crew was vomiting from a massive hangover and crawled back to bed, shirking her duties despite having more guests coming on board the boat in moments. So, when the irresponsible crew member popped out, Captain Sandy told them that she wasn’t having any of it. She didn’t want to hear excuses and see more jobs getting done! And boy was she stern! After all, she’s the captain!

After the massive scolding from Captain Sandy, the show’s attention focuses on Natalya and her organizational skills. It seems like that scolding trickled down to the rest of the crew. So what we see is Natalya folding and doing laundry in such a neat way that it’d make great material for YouTube tutorials! We also see some of Kyle’s testimonials about him hiding some inappropriate adult objects in someone else’s chambers and how that plays out.  The episode ends with different confessionals, and we’re set for the next week!

Where To Watch Below Deck Mediterranean Season 7 Episode 4?

If you want to watch the “Home” sail across the Mediterranean and see its crew’s woes, tune in to Bravo on Mondays at 20:00 hrs Eastern Time, United States. You can stream the show from Peacock Premium, Sling TV, Spectrum on Demand, Bravo’s app and website, DirecTV streaming, and Fubo TV. You can also buy the show from Amazon Direct Video, Vudu Fandango, the Microsoft Store, Apple iTunes, and Google Play.

Below Deck Mediterranean Season 7 Episode 4 will release on August 1, 2022, on Bravo at 20:00 hrs, Eastern Time, United States. Each episode lasts around 45 minutes run time. This upcoming episode will tell us more about how the rest of the crew will deal with Natasha and Dave’s romantic shenanigans. And we will also see how Kyle’s irresponsible adult prank behavior falls out with his prankees. Can he get scolded? Also, can Raygan get a hold of her drinking? Or is she going to let that warning from Captain Sandy just fly by? With this, we conclude our coverage of this topic here at Otakukart. Thanks for your attention, happy streaming, and see you soon!

Also Read: How To Watch What Is A Woman Documentary?