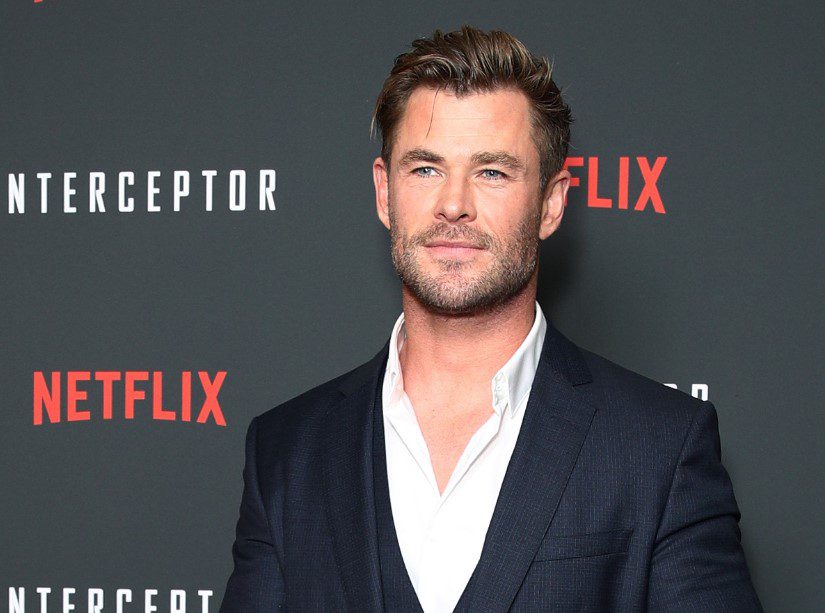 From making his debut in 2009 to Spiderhead and Thor Australian actor Chris Hemsworth took a long journey with his handwork and dedication to reach the point where currently he is. Leonie an English teacher and Craig Hemsworth a social-services counselor welcomed their 2nd bundle of joy Chris Hemsworth 11 August 1983 in Melbourne Victoria, Australia. Chris is the middle child among the three kids. He has two brothers elder Luke Hemsworth and the younger one Liam Hemsworth.

Chris Hemsworth completed his early education at the Heathmont College before he moved to Philip Island along with his family. He took off with his career in 2002 with the television series ‘Guinevere Jones’. In the series, he played King Arthur. The same year he also appeared in the soap opera series Neighbours and Marshall Law. After that, there was no looking back. Chris got into several big projects. In 2004 he auditioned for the Robbie Hunter for Home and Away. Though he was not given the role of Robbie Hunter he played Kim Hyde in the same. Here we will be listing Chris Hemsworth films that are a must-watch.

Chris Hemsworth who took off with his career with a daily soap has nailed his acting even on the big screen. The most recent film ‘Extraction’ is one of Chris Hemsworth’s best films, it’s a must-watch. Though not produced by the MCU and Chris have a different role to play he successfully nailed it. The movie no doubt has fighting scenes but in-depth it focuses on emotions more. The movie won Chris People’s Choice Awards 2020 and a nomination for the Critics’ Choice Super Awards 2021. 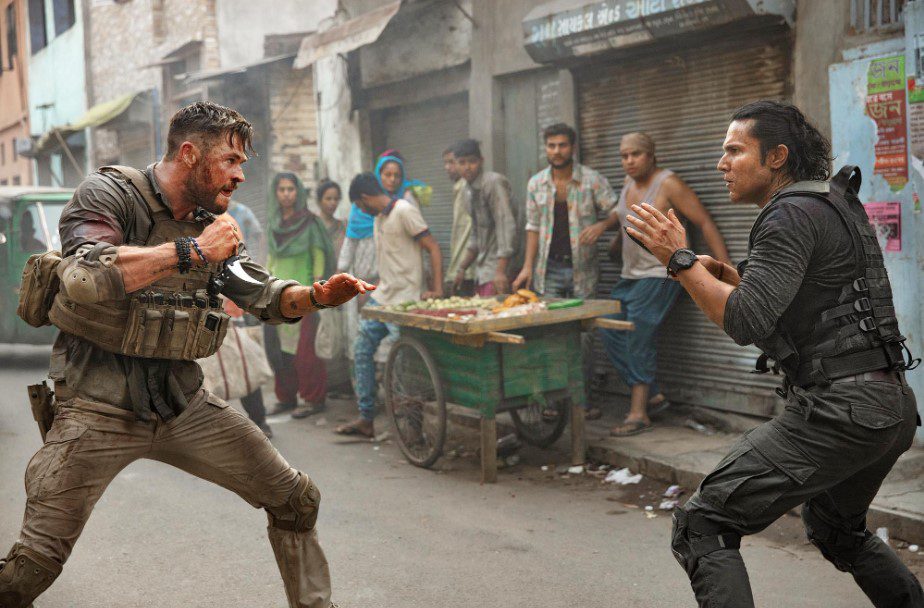 Chris Hemsworth’s film Ghostbuster is all over the internet. The film won Chris the Kids Choice Awards and a nomination for the People’s choice awards. The movie consists of an all-female cast Hemsworth being the only male in the film. The movie is a struggle of a group of people who are paranormal researchers and physicists. They struggle to prove the fact that ghosts are real. In the journey to collect all the facts and do a proper reach, they face evils and have to fight them as they come their way. With the crunch of horror, the film also comes with tough comedy which not only keeps the viewers engaged it binds the story together. 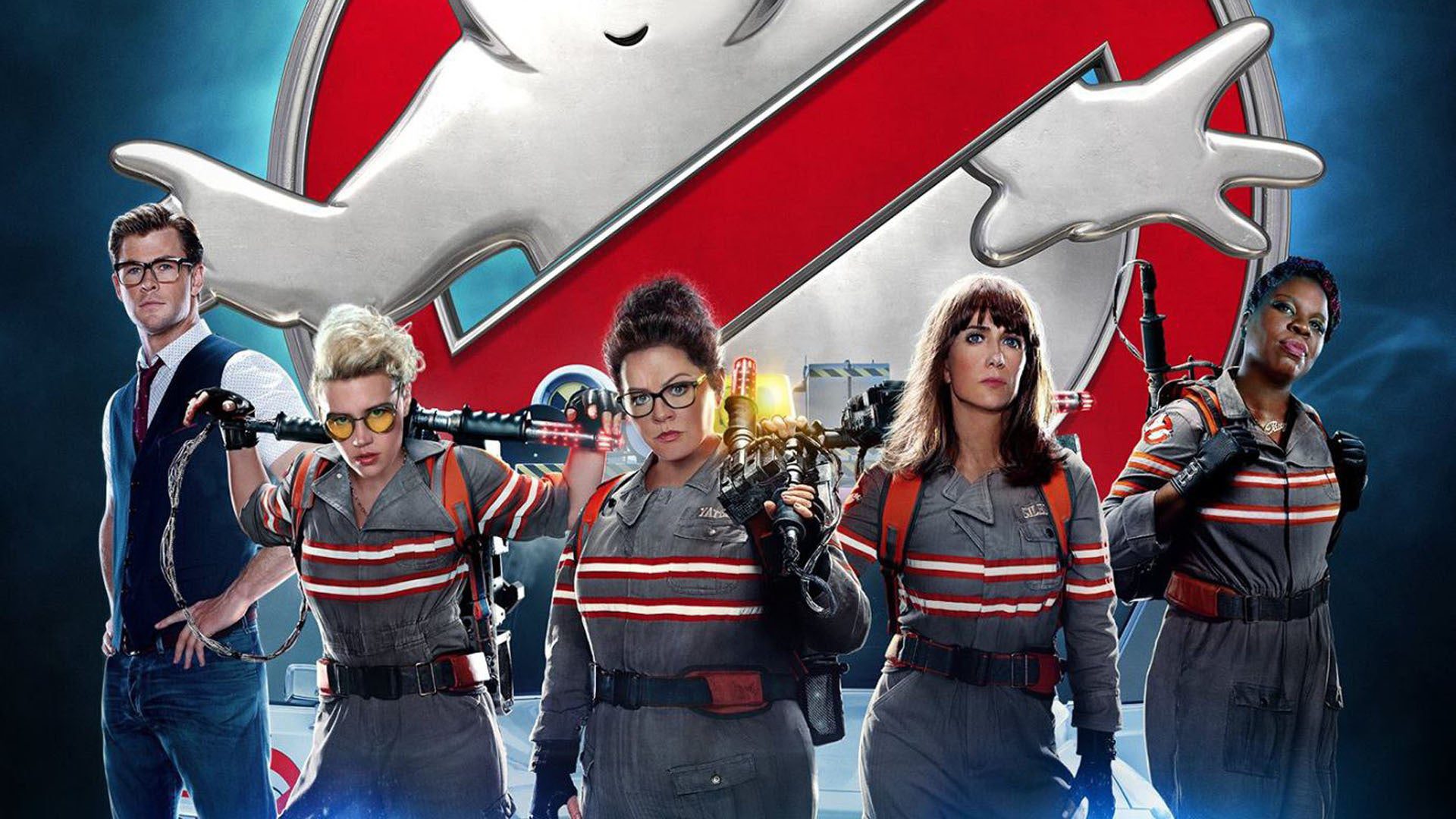 Directed and written Drew Goddard along with co-writer Joss Whedon. The cabin in the woods is a thriller film with dark comedy. It was nominated for the two Teen Choice Awards in 2014. The film deals with a group of college-going students who decide to go on a vacation in the woods. Unaware of what’s next for them in they enjoy their time together. Until they are being attacked by the supernatural powers. Later the story focuses on how they tackle the situation and get through the trouble. 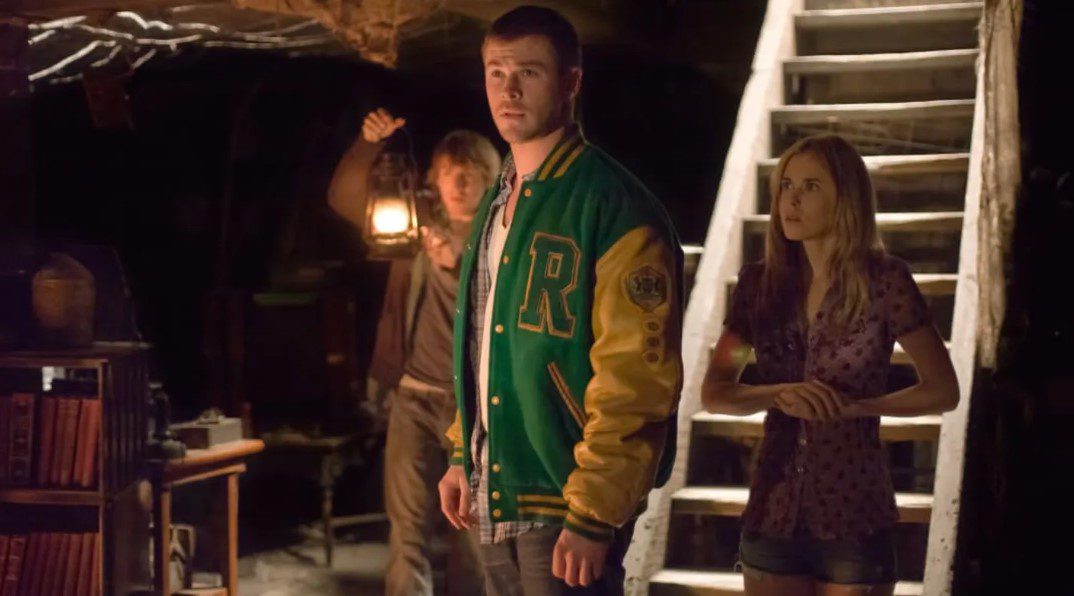 The cabin in the woods

When we talk about Chris Hemsworth how can we not consider the Avengers? It’s the first MCU film that gave Chris Hemsworth the internationally famous identity of Thor. Produced by Kevin Feige the movie won the Choice Summer Movie Star Male award for Chris Hemsworth, it’s the first-ever film that introduced Chris as Thor giving him an identity of a superhero. It was also nominated for the British Academy Film Awards, People Choice Awards, and MTV Awards 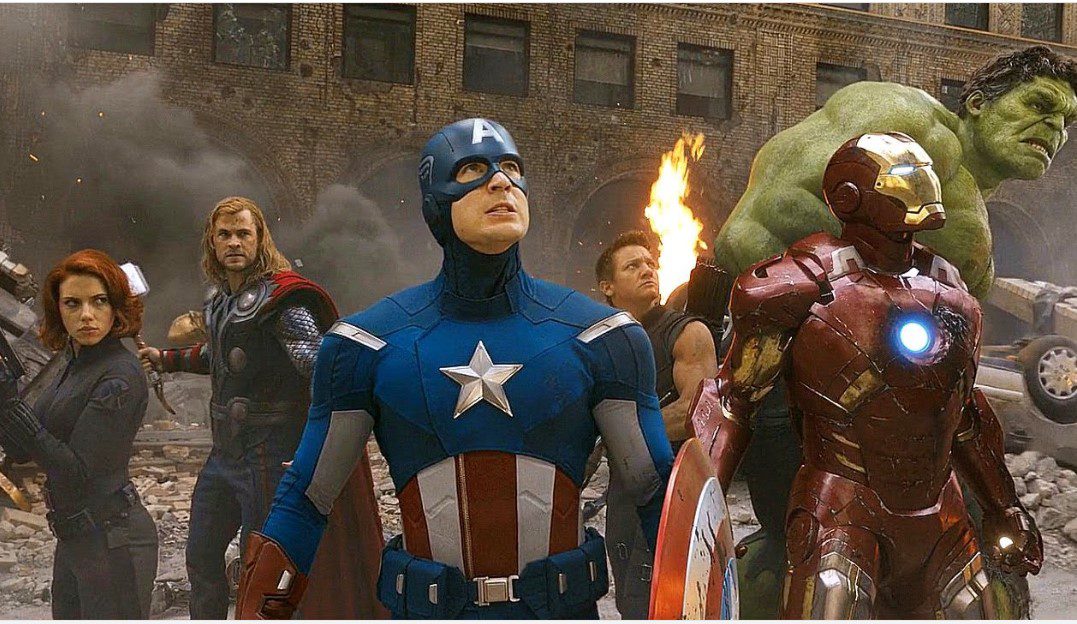 Another MCU movie starring Chris Hemsworth namely Star Trek is also one of his favorite movies. Though The Avenger gave him the identity of Thor Stra Trek was the film that opened the doors for Chris to the MCU. Though the film didn’t make it to any awards or nominations it is still Chris Hemsworth’s best film.

Not an MCU film but still The Rush is Chris Hemsworth’s best film. Set in the 1970s The Rush is much ahead of its time. It’s a film that talks about the rivalry that fuels the formula 2 racing. The script of which was written by Oscar nominee Peter Morgan. 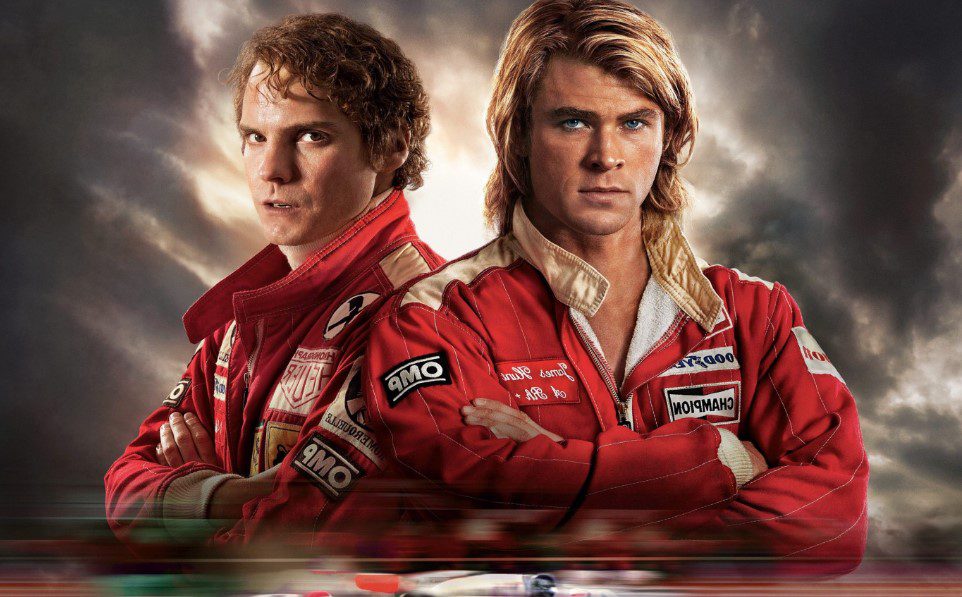 Released in 2015 In the Heart of The Sea is among Chris Hemsworth’s movies. Produced by Brian Grazer along with Ron Howard, Joe Roth and Paula Weinstein the film stares course Chris Hemsworth, Benjamin Walker, Cillian Murphy, Tom Holland Ben Whishaw, and Brendan Gleeson. In the heart of the Sea focuses on the life of an innkeeper Thomas Nickerson who is the last survivor of the sinking whaleship Essex. Writer Herman Melville who visits Herman offers him money in return for his story he initially refuses to give the story but later agrees after his wife intervenes. 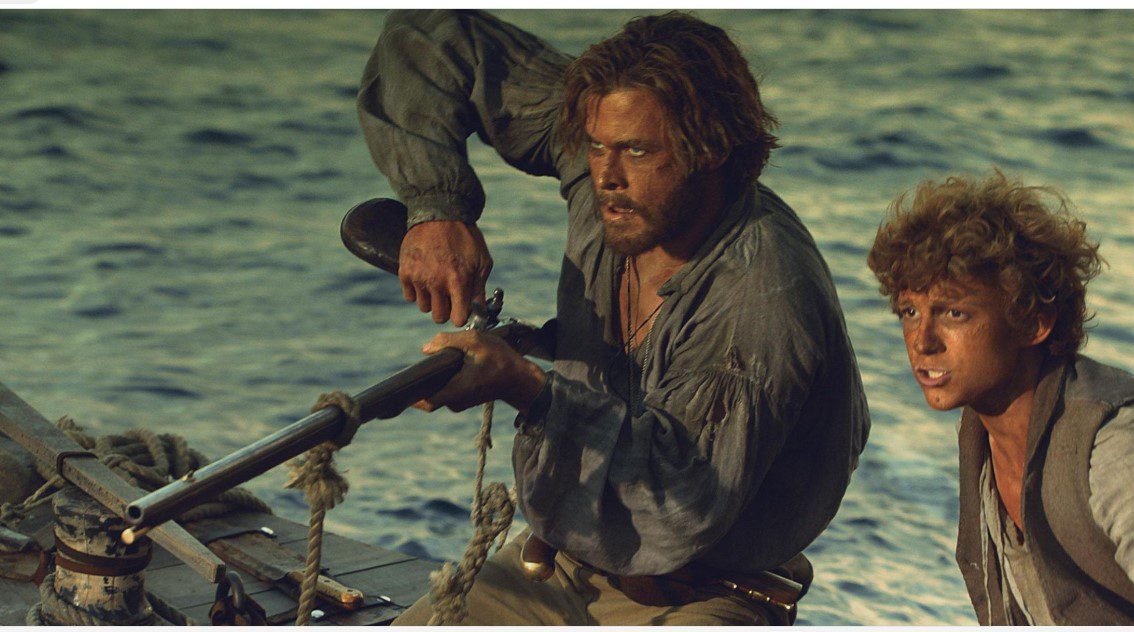 the Heart of the Sea

Released in 2015 in Blackhat Chris plays an ultra-buff cyberhacker, who’s trying to take down crime syndicates. Directed by Michael Mann the film stars Tang Wei, Viola Davis, Holt McCallany, Wang Leehom, and Chris Hemsworth. Morgan Davis wrote the story for the film which focuses on Chai Wan Hong Kong’s nuclear plant. Which later meltdowns after the hacker causes the coolant pumps to overheat and later explode. After prolific hacking Hemsworth was sent behind the bars after he faced charges of redistributing money from five US banks to the local citizens. Hemsworth is depicted as a pro who’s writing computer codes, throwing punches, and dodging bullets with the FBI Team. 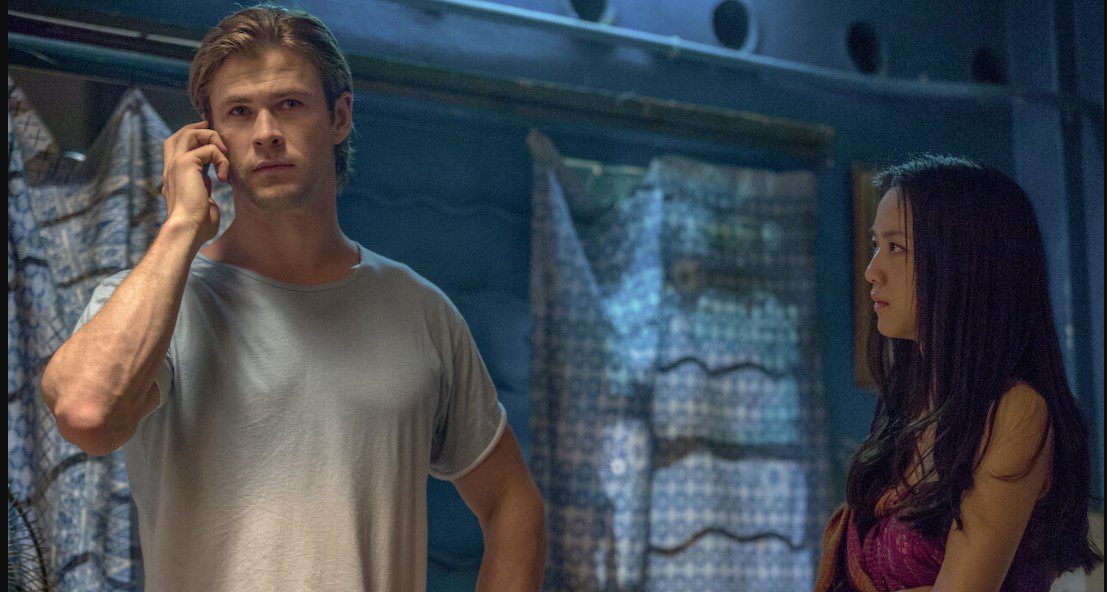 Bad Times at the El Royale is an American neo-noir thriller film written, directed, and produced by Drew Goddard. The film stars Jeff Bridges, Cynthia Erivo, Dakota Johnson, Jon Hamm, Cailee Spaeny, Lewis Pullman, and of course Chris Hemsworth. The story of the film focuses on a well-known hotel El Royale which was known in California for its riches and wealth. Until it loses its gambling licenses. El Royal is located at the Nevada border in California. Felix O’Kelly had hidden a money bag under the floorboards of his room back in 1959. What happens to the bag remains a mystery until the end. 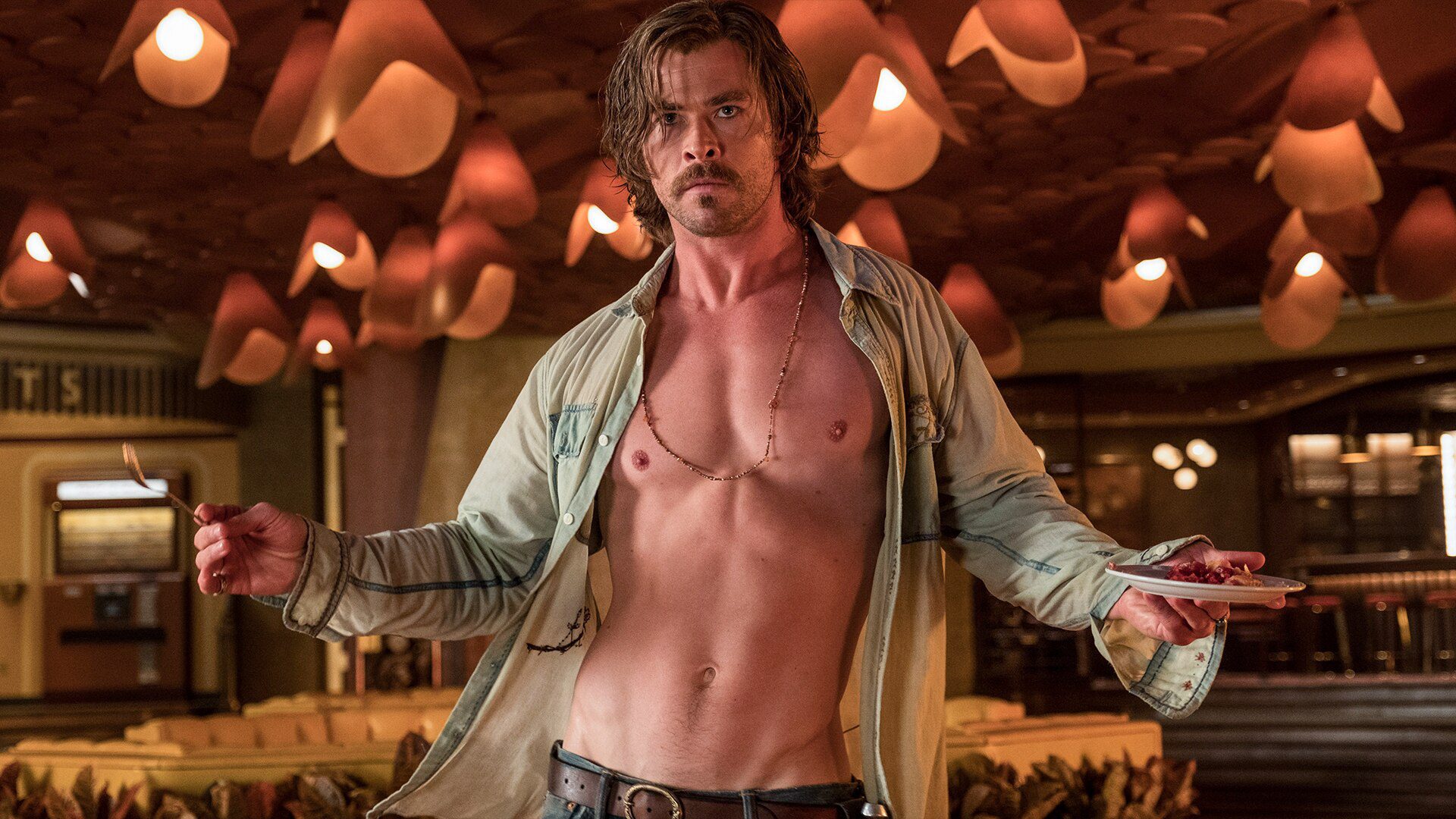 Bad Times at the El Royale

When we talk about Chris Hemsworth’s best films how can we forget the MCU series of films? These are the films that bought Chris Hemsworth into the limelight. Chris Hemsworth’s first MCU film as we all know was Star Trek. Which is also among the best films by Chris Hemsworth. After Star Trek, it was the Avenger and now it’s the Thor which made it to the list of best films. In the film, Chris plays the hammer-wielding God known as the earth’s strongest avenger Thor Odinson. In the previous two films, Thor aka Chris Hemsworth is depicted as too self-serious, self-centered, and selfish prince of the Asgard. Produced by Kevin Feige the film is based on the Thor written by Stan Lee, Larry Lieber, and  Jack Kirby. The film stars Chris Hemsworth, Tom Hiddleston, Cate Blanchett, Idris Elba, Jeff Goldblum, Tessa Thompson, Karl Urban, Mark Ruffalo, and Anthony Hopkins. The story focuses on Sokovia post two years of battle. At the start, Chris Hemsworth aka Thor is imprisoned by the fire demon Surtur. Fire demon later declares that Thor’s father Odin is longer on Asgard. He also throws light on how the real is supposed to get destroyed soon during the prophesied Ragnarok. Following the coming together of Surtur and his crown Eternal Flames that burn the Odin’sVault. The movie entire deals with and focuses on Thor having to defeat his enemies to prevent Ragnarok and get his crown back. 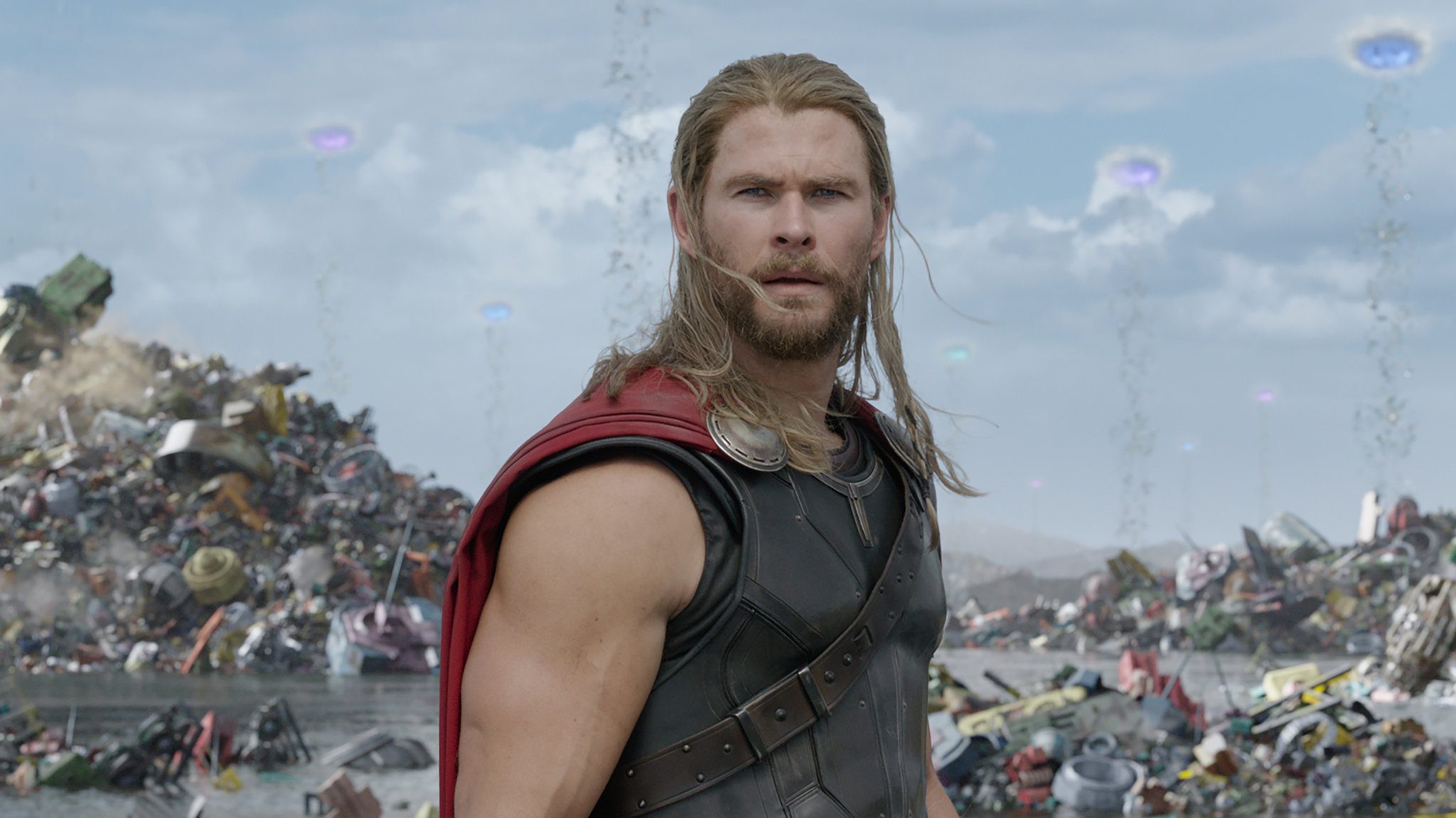 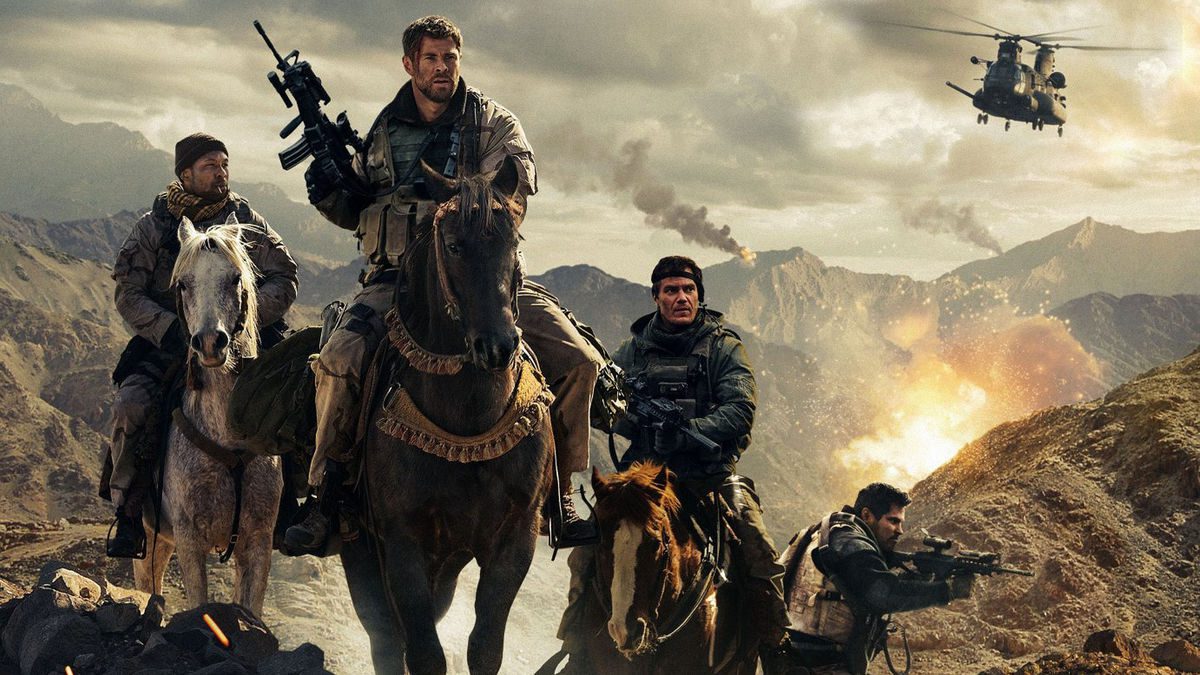 From Extraction to 12 Strong here in this article, we spoke about Chris Hemsworth’s best films. Be it a thriller or an action film Chris Hemsworth nailed every role he played with his great acting skills.  Born on August 1983 Chris Hemsworth is currently 38 years of age. He took off his career in the year 2002 with a television series and now rules the acting world with his astonishing acting skills. So it a watch once at least and we are sure you won’t regret it.