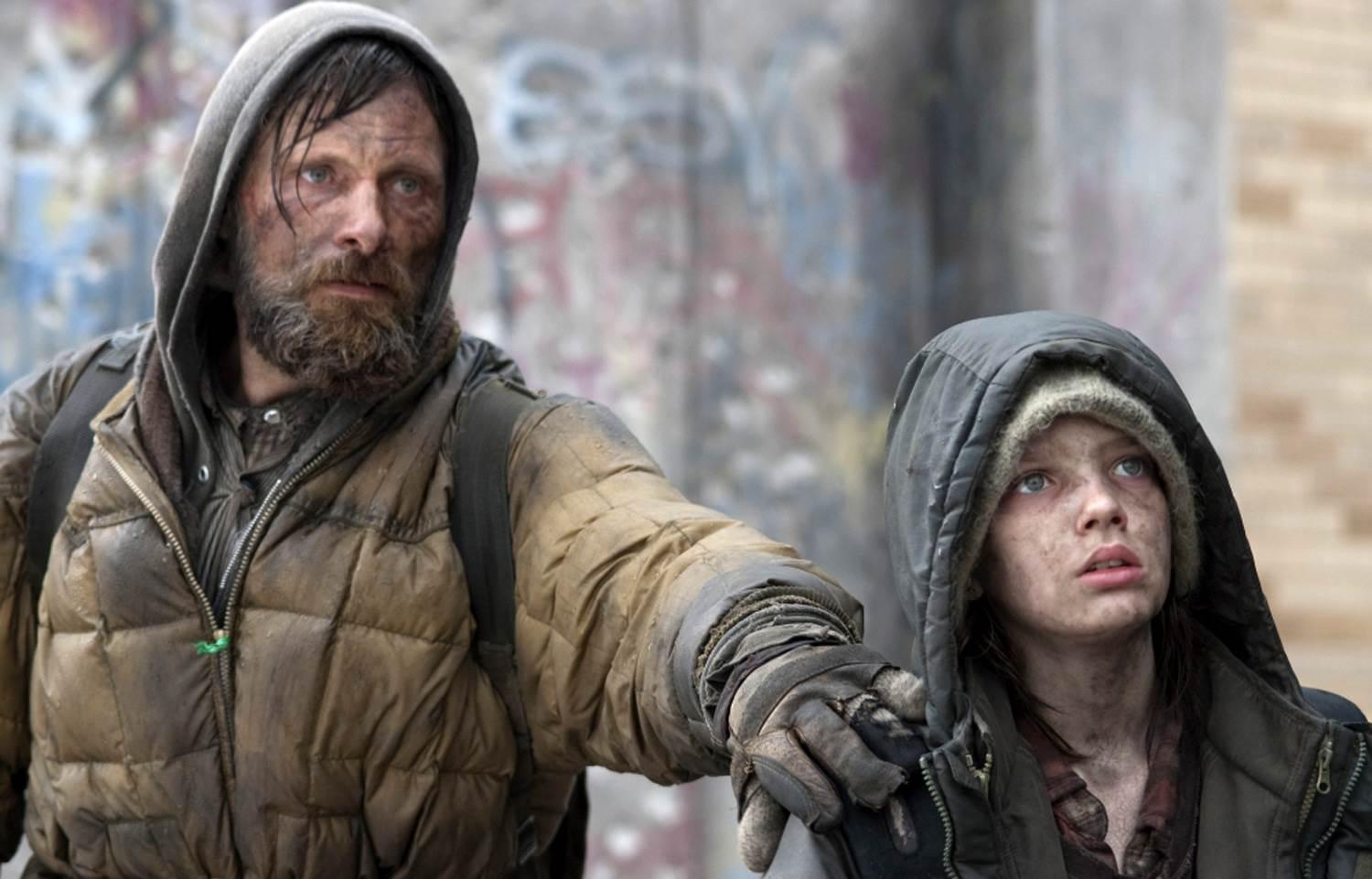 The Road ending has a lot of twists, and thus, we decided to explain it all to you guys. The film was released back in 2009 and gave us the themes of a world that has just survived an apocalypse and how the characters are trying to live in such changing environments. John Hillcoat directed the movie. The plot is inspired by a novel of the same name, which was written back in 2006 by author Cormac McCarthy.

We see the focus on two characters, a father and a son as they try to live in such extreme conditions where every day is a mystery and the world has become a wasteland. The film sought a very limited release in North America but performed well at the box office. Majorly, the acting skills of the two lead characters were placed a lot by the critics.

Coming right to the story of the movie, it all starts with a man as well as his young son. They are still living on an Earth which has gone through some unexplainable extinction event that has killed the majority of the life forms. The two are trying to stay alive in this world as they try to find food and shelter. The group also travels to the coast via road route in hopes that it must be warmer than the city. 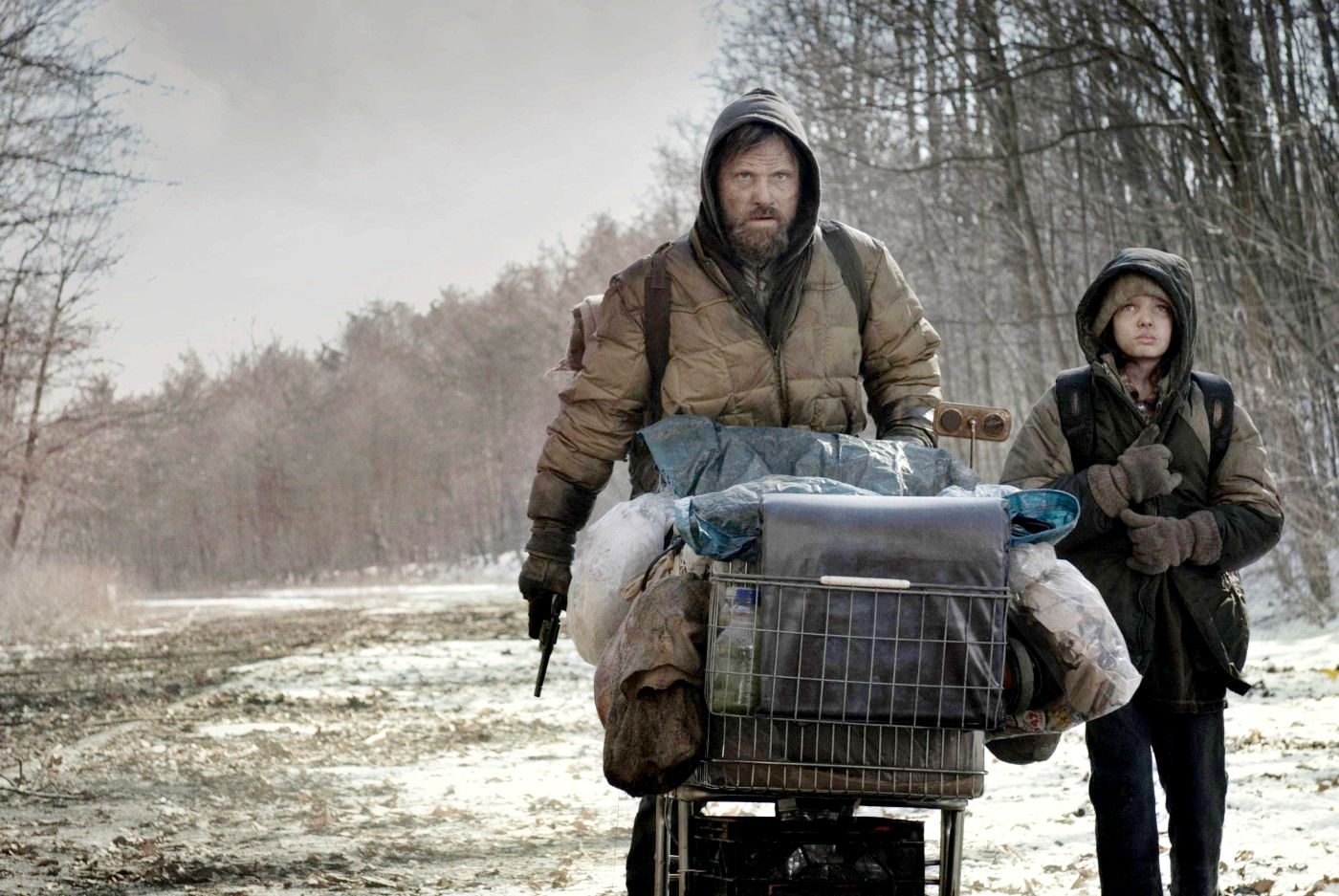 A still of The Man and The Boy from The Road

At the same time, they also have to stay clear of the roaming gangs in place which might kill them. Then the movie goes into a flashback where we see the wife of the man giving birth to their son. This takes place a while after this tragic event happened on Earth. After the family survives this, his wife starts to lose hope.

The woman commits suicide soon after because she does not want to live in a world where there is nothing they can do to provide for their child. Coming back to the present day, we see the man and his boy coming across a group of cannibals who would kill them for food. The two are exploring a mansion as they witness a basement that has people locked in it.

These are the captors of the cannibals. Soon, the armed cannibals come back once again into their mansion to eat, and the father and son hide. Given the fact that the captives are now escaping for their lives, the cannibals are distracted by the same and taking advantage of the moment, the duo flees as well.

Then the movie focuses on the man and the boy while they are on the beach. He asks the boy to secure their possessions as he swims out to scavenge a beached ship. Meanwhile, the boy falls asleep, and someone steals their belongings. The man then catches the thief and strips all of his possessions back. Although, the boy becomes sad, so the man decides to give some food to the thief. Later the film changes over another scene where the man is shot in his leg by an arrow.

This happens when the duo is traveling through a ruined town. He kills the enemy with the use of a flare gun which he found on the ship. As he tries to get closer to the archer’s location, we see that he finds his female companion of him. Soon, given the fact that the man has been shot, he starts losing a lot of blood and does. With nowhere to go, the boy is approached by another family who is trying to survive as well. It consists of a man and a woman along with their two children and a dog.

They claim that they have been following the duo for quite some time and think that the boy is born to be one of the good ones. Thus, they take the boy under their shelter as the family goes away in the end. To explain it all to you, the film features just a segment of a world or humanity where people have to struggle to see another day and are constantly in survival mode.

The boy leaves the dead body of his father, and he covers it with a blanket. This is a metaphor for how every person needs to bury the ghosts of their past and learn to move on, just like the boy who tried to inhabit a new environment for his survival.