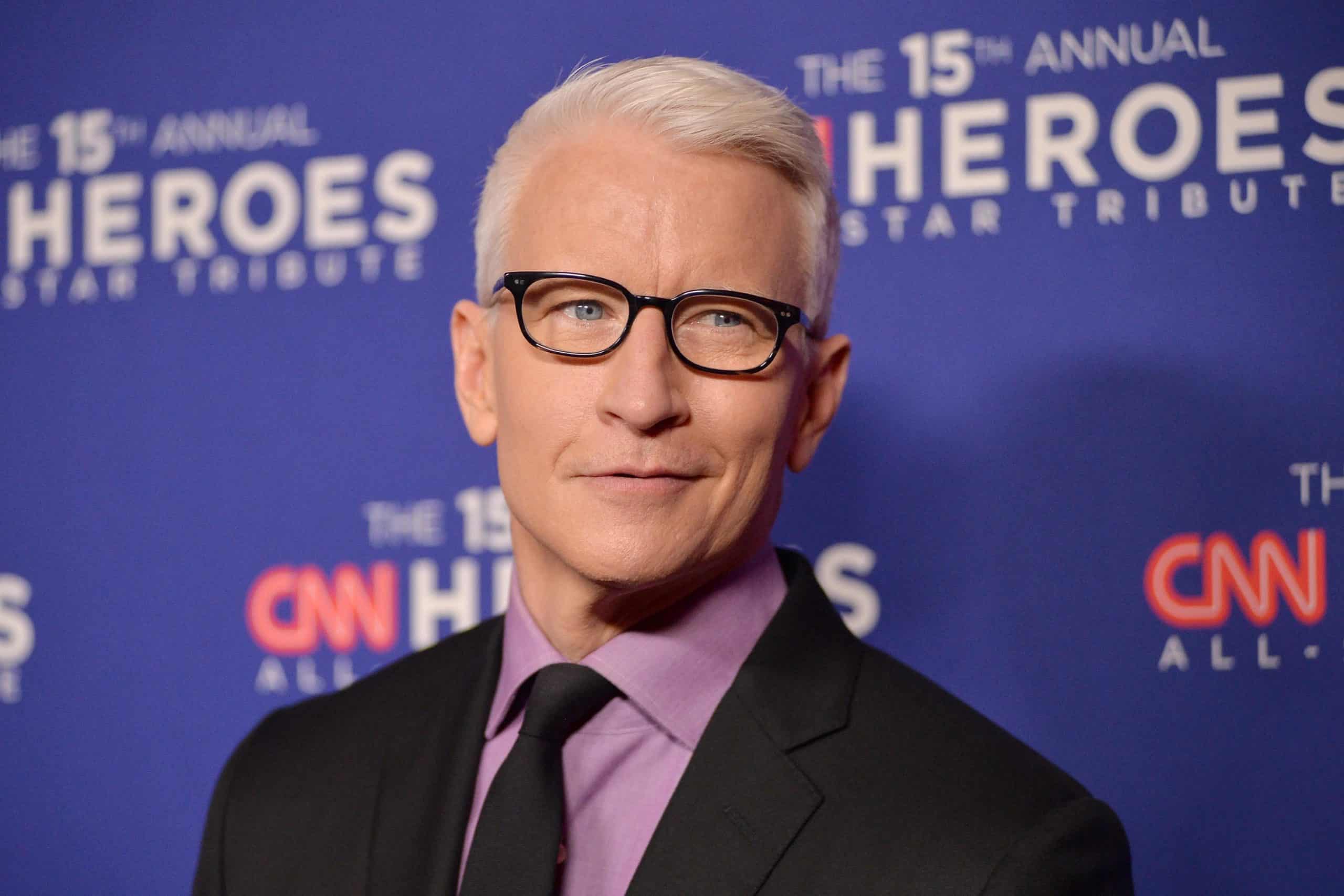 Since the beginning of his career, Anderson Cooper has been an indispensable member of the mainstream press. His years of experience working as a television journalist and political analyst has gained him the respect and admiration of both his contemporaries and listeners.

American TV journalist and political analyst Anderson Cooper have served as both a principal anchor on CNN’s Anderson Cooper 360° and a reporter for CBS News’s 60 Minutes. Despite the fact that many are familiar with Cooper because of his competence, very little is known about his personal life.

After coming out as gay in 2012, he has kept his love life secret, unlike other celebrities. American housewives adored Cooper before 2012. During that time period, his sexuality was a topic that was often discussed in the media. Some people had the impression that he was gay, but they did not have any evidence to support their theory since he did not prove any of their assumptions.

In 2012, he came out as gay, raising questions about Anderson Cooper’s relationship. So is he dating anyone in 2023? How long did his previous relationships last? We dig into all of that. 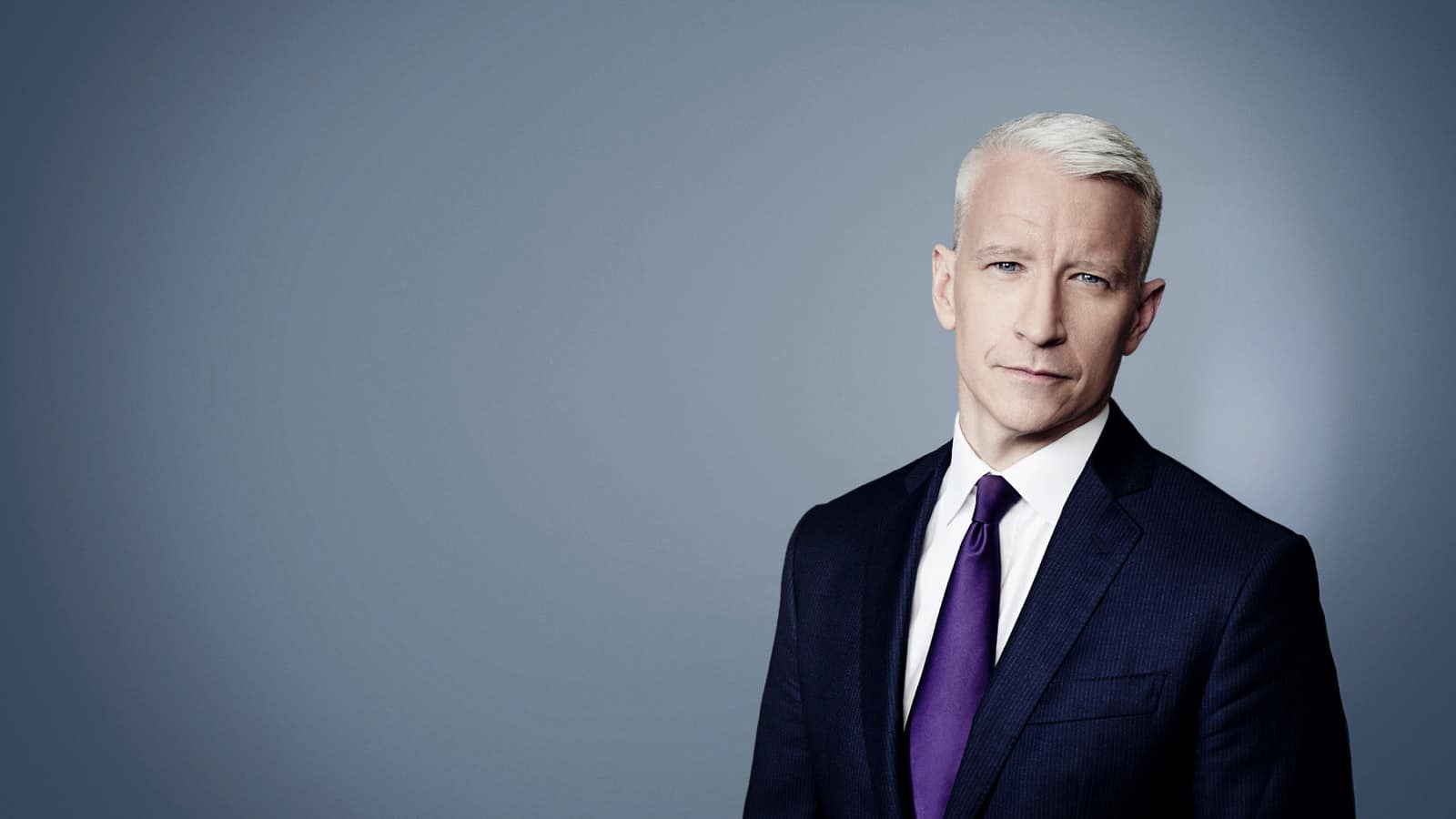 Anderson Cooper began dating Benjamin Maisani after splitting up with Cesar Recio in 2009. He was born on the French island of Corsica on January 27, 1973. He’s a rich businessman who owns and manages a hotel.

He also runs a club chain throughout the nation. He is able to do so because of his fortune. After meeting for the first time in 2009, they wasted no time in getting infatuated.

They ultimately decided to come out after three years of covert dating to address the rising curiosity about Cooper’s sexuality. Cooper did not mention the identity of his partner when he talked about LGBT problems at a conference in 2012.

Cooper and Benjamin paid $5-$9 million for the historic Rye House in Connecticut in 2014. Rye House is located in the Constitution State of Connecticut.

Even after they started living together, the couple maintained their cover narrative. Anderson Cooper returned to the public eye in 2015 with Benjamin Maisani, signaling the depth of their relationship. They began dating soon after the news broke and stayed together for three years. They dated for nine years before deciding to be married. 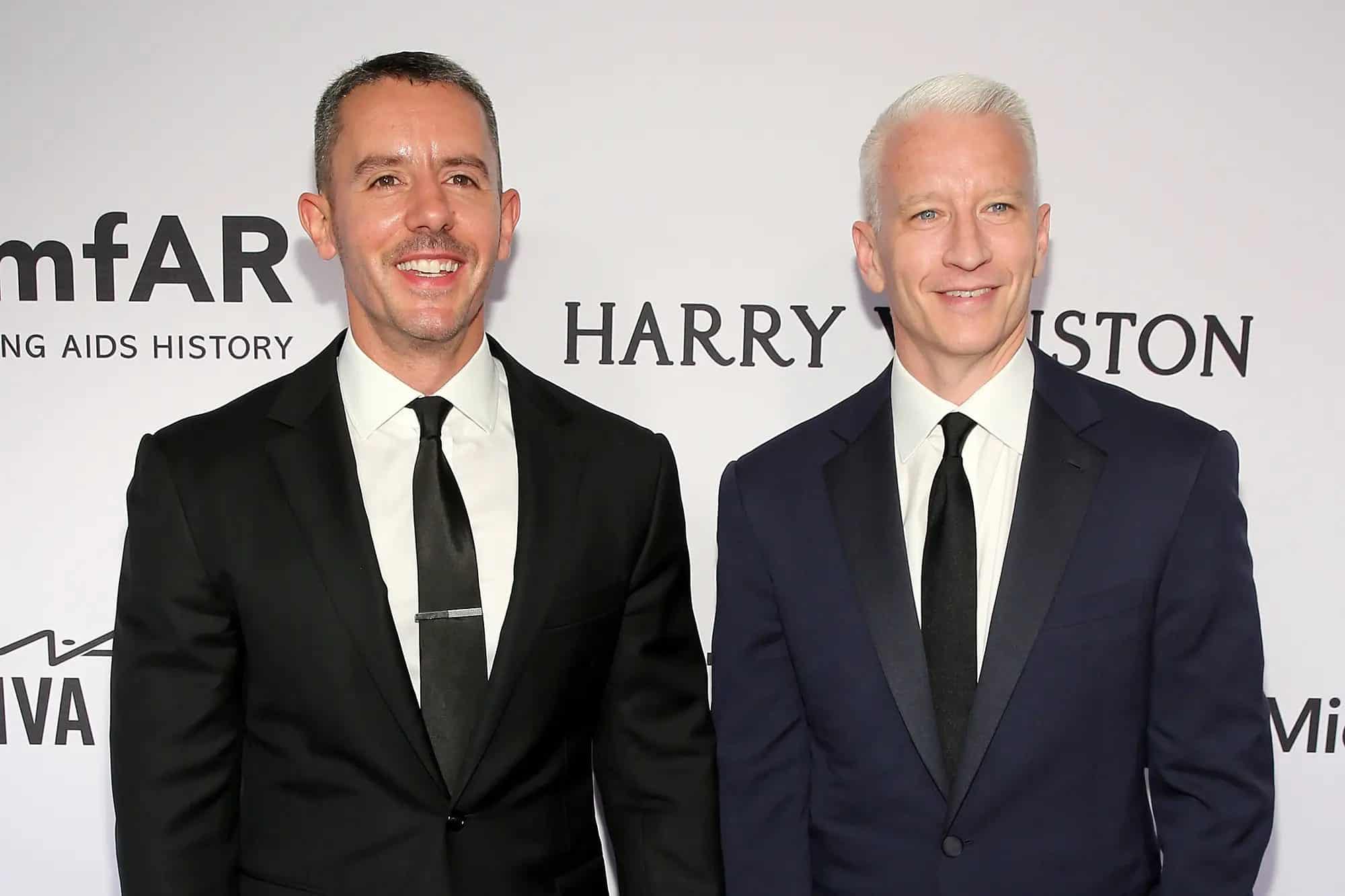 Anderson has made a name for himself in the media industry

Anderson Cooper’s anticipated future marriage to Maisani sparked considerable speculation. Anderson Cooper finally addressed his divorce from Benjamin Maisani in public in 2018. The seasoned broadcaster originally revealed nothing about what caused the divorce.

Regardless, rumors persisted that he made at least five visits to Dallas, Texas, where he allegedly spent time with Victor Lopez, a 33-year-old homosexual doctor. By 2020, rumors spread that Anderson Cooper and Benjamin Maisani had reconciled.

However, when questioned, the two partners declined to corroborate the report. Cooper said to Ellen that he and Ben were still living together on February 11, 2021, despite their divorce the previous year (2018). On April 30, 2020, Anderson Cooper welcomed the birth of his son, who was delivered through surrogacy. 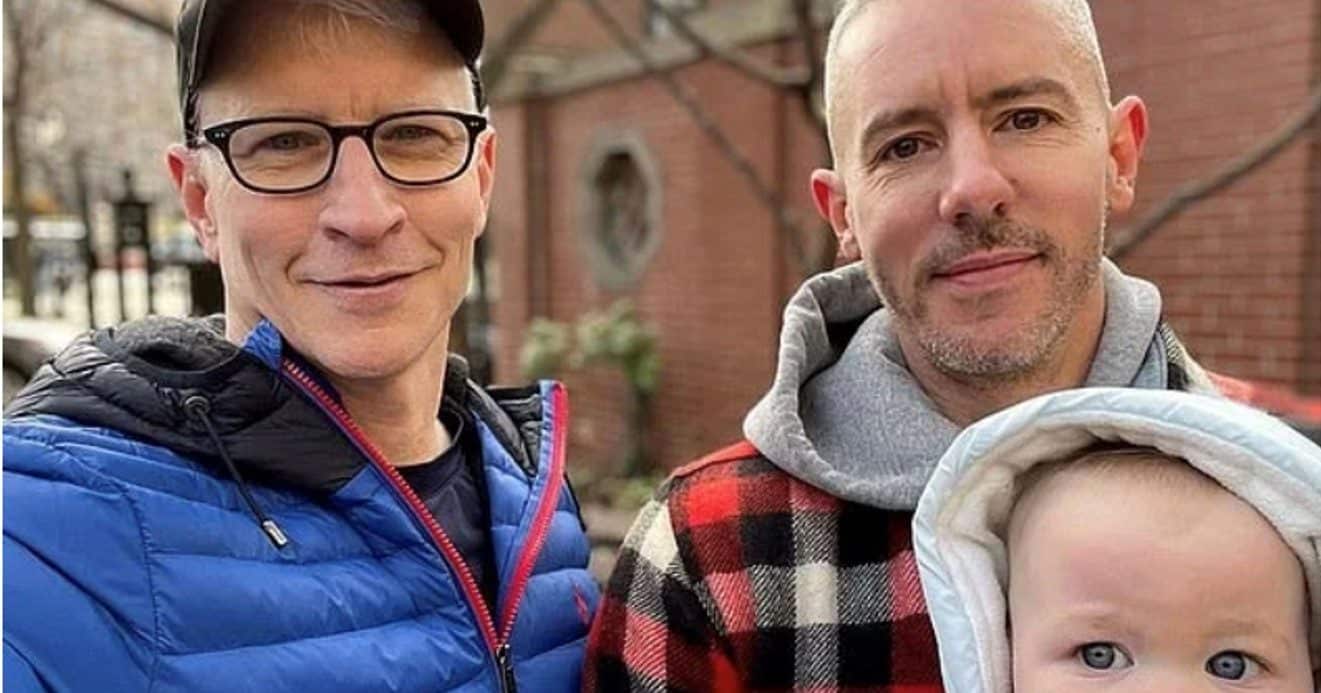 Anderson broke up with Benjamin long ago.

Wyatt Morgan was due on April 27, 2020, three days earlier than predicted. Benjamin and Anderson raised their children together despite their absence of romantic affection for one another.

Anderson Cooper Is A Loving Father

Cooper has made no secret of his ecstatic anticipation for the arrival of his children, and he often shares this news with the public through different social media platforms. He has shared many adorable moments about his life as the father on his social media accounts, like the time Wyatt became obsessed with his own feet.

Considering his past struggles, it’s touching to watch how happy he is to be a father and husband. A young Cooper lost his mother to heart disease. Since the celebration of Father’s Day was now underway, Cooper had enough opportunity to reflect on his grief and his love for his boys. 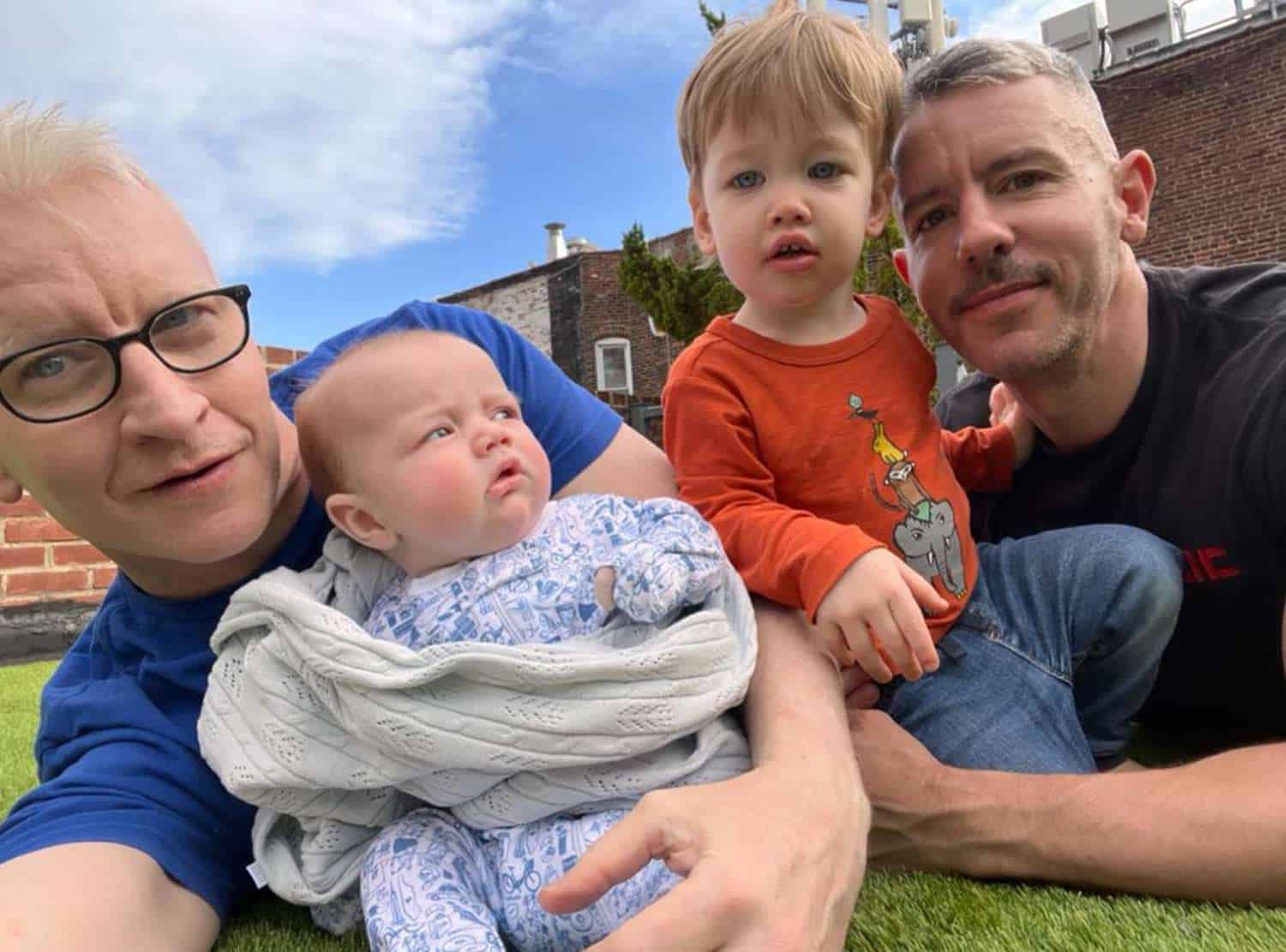 Anderson is a father to two sons.

For the majority of his life, he actively avoided celebrating Father’s Day, either claiming ignorance of the occasion or failing to remember its exact date. The emotional anguish caused by dwelling on the past had become excruciating.

His father went away when he was eleven years old, and sometimes thinking about him interferes with his daily life. Cooper captioned a touching Instagram photo, “I cannot believe how thankful I am,” by revealing that he and his oldest child were out enjoying ice cream together.

Yes, in 2023, Anderson Cooper is single. After his breakup with Benjamin, Cooper has been away from any commitment. He has been linked with a few men like his co-host Andy Cohen.

But Cooper has maintained that he and Andy have been friends for over three decades. They don’t have any romantic relationship. So as of 2023, Anderson is single.