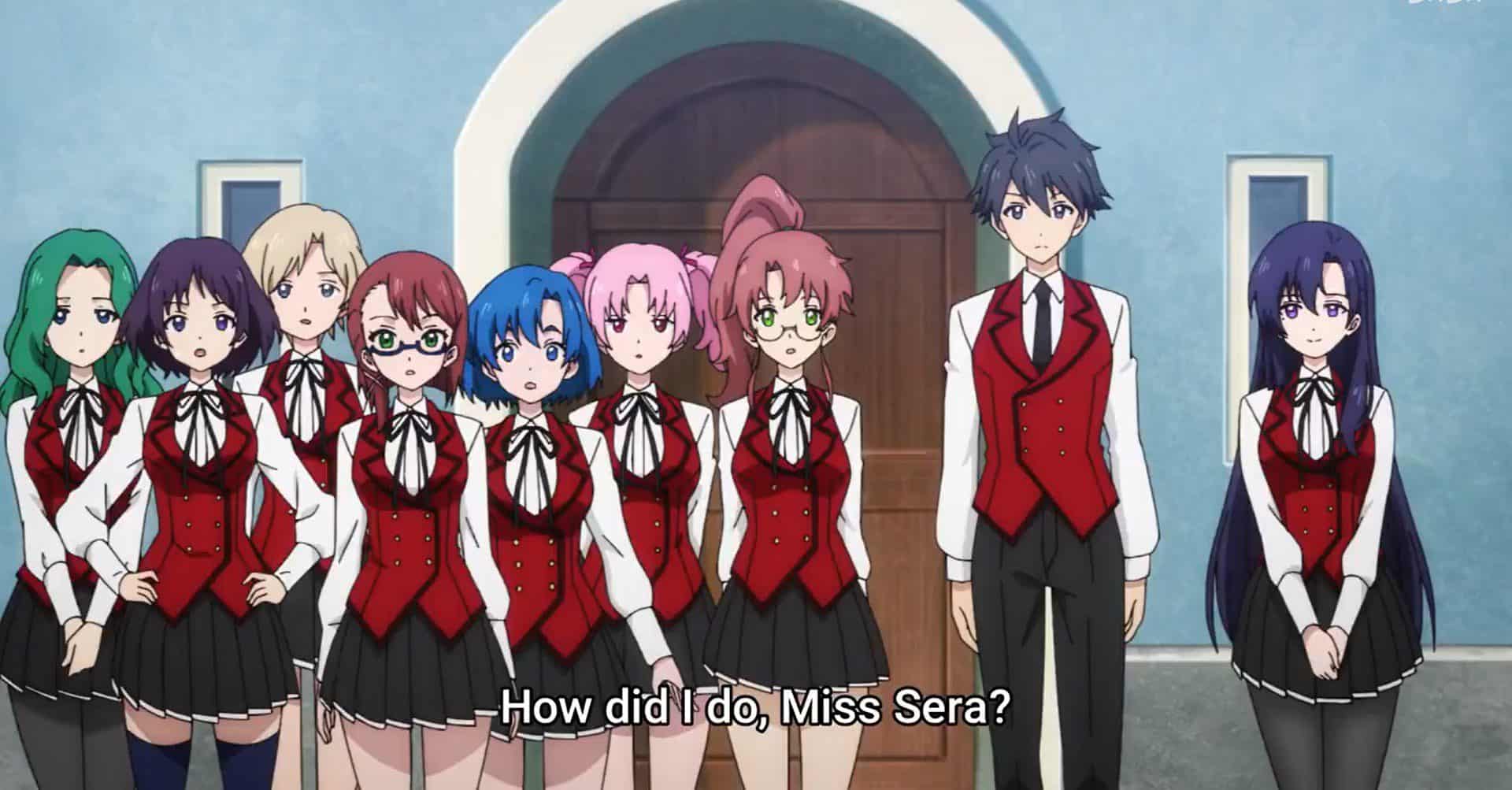 In April, Cloud Hearts announced that they would adapt the anime television series for the screen. Yokohama Animation Laboratory will supervise the scripts, and Masahiro Takata will direct the sound. The opening and closing songs of the anime are “Dystopia” and “Loud Hailer”, respectively with Makoto Shimojima designing the characters and Tatsuhiko Saiki and Natsumi Tabuchi composing the music. Episode 1 of The Iceblade Sorcerer Shall Rule the World premiered on January 6, 2023.

We see in episode 2, To enjoy his youth, Ray joins the Environmental Research Club, muscle-bound fitness enthusiasts who seek dangerous environments for training, revealing his Gold hunting license. A field of weeds must be turned into a flower garden to convince the club secretary Dina that he is a gardener.

A spy from the Imperial military has infiltrated the academy and must be neutralized. Claris is pleasantly surprised that Ray considers her a friend despite Dina’s distaste. Rebecca suggests that Ray competes in the Sword-Sorcerer Tournament. 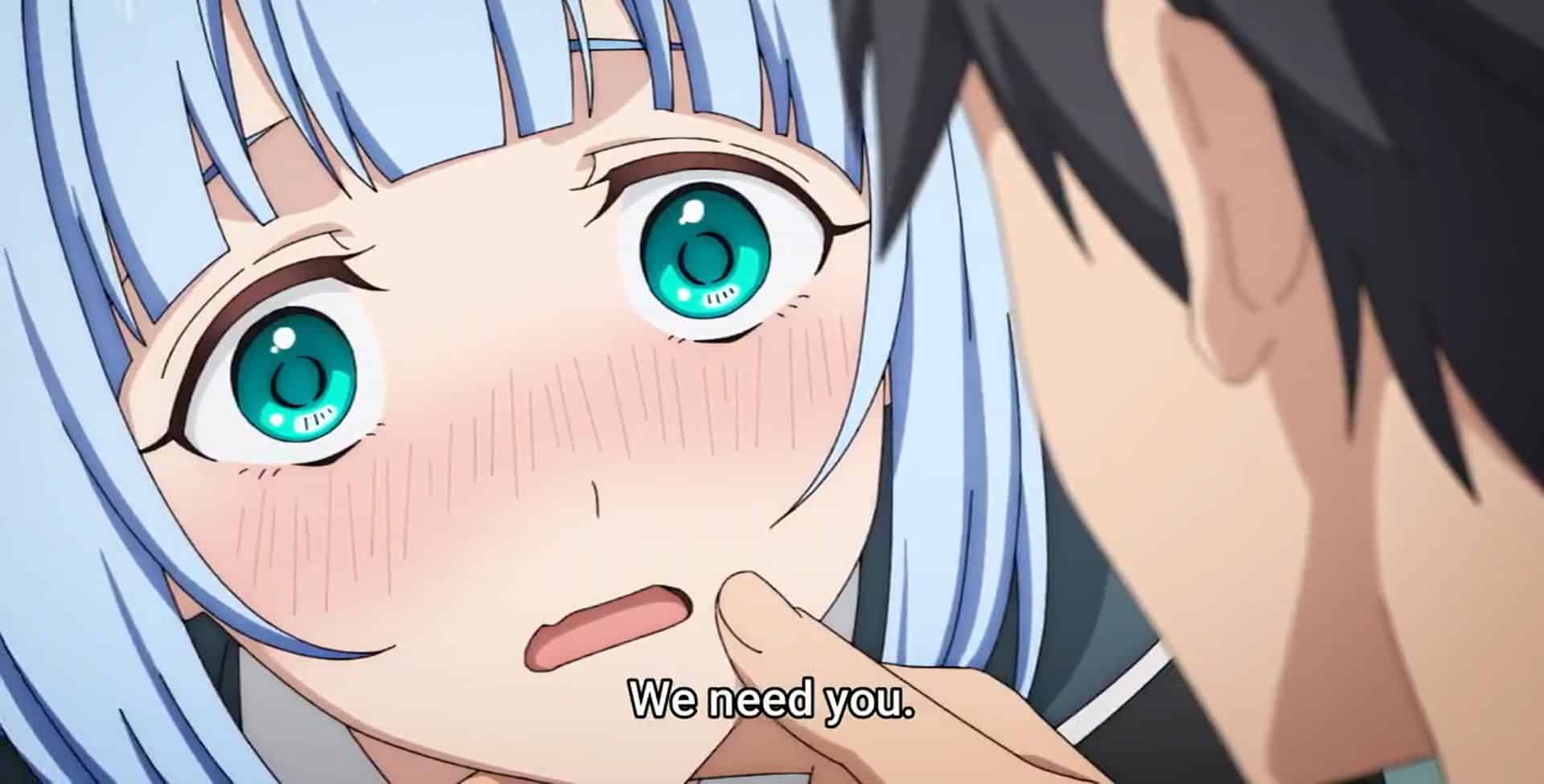 Teams must complete a forest skills course with a monster-filled forest and collect stamps from key areas for 24 hours. Ray makes a team with Evi, Elisa, and Amelia, infuriating Albert. let’s see when The Iceblade Sorcerer Shall Rule the World Episode 3 release time, a recap of episode 2, and where to watch.

Recap of The Iceblade Sorcerer Shall Rule the World Episode 2

Ray joins two clubs at once in the episode, which starts very misleadingly. Firstly, he joins the Environmental Research Club. This means they explore forests, rivers, and glaciers. They are known as hunters. Members joke with each other about Ray’s appearance. It’s impossible to keep up if you have a weak mind or body.

To evaluate Ray, the leader of the club asks him to take off his clothes. In response to the leader’s question about if he has a hunting license, Ray remarks about the leader’s keen insight. The members begin joking about his gold hunting license and his bulk, leading to Ray’s acceptance. 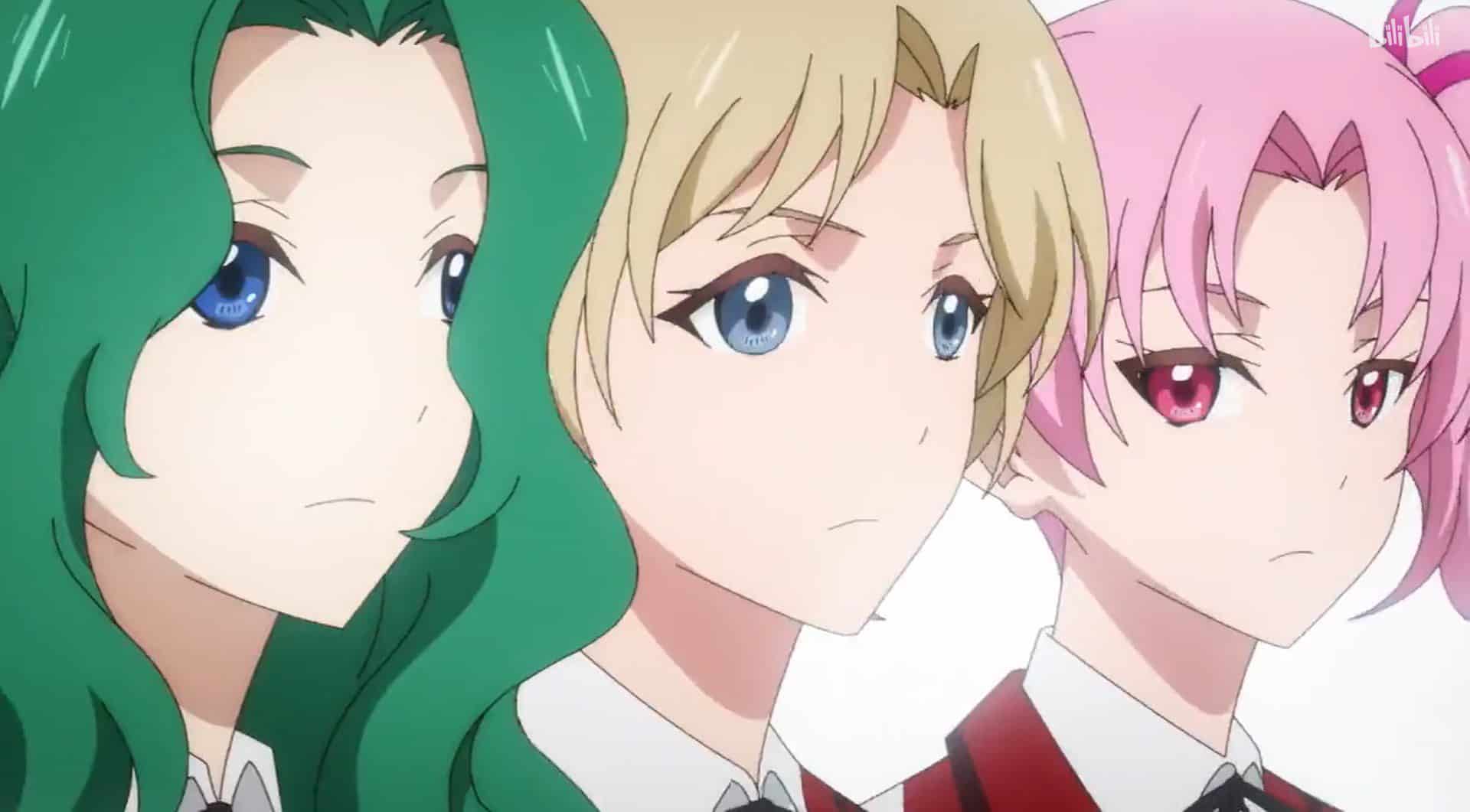 Consequently, Rebecca assigns Dina the responsibility of evaluating his application. She asks him to fix up a new garden area they were given. She gives him only a week to complete this task & he must do it. During the two days that follow, we watch him clear the weeds and fix the plots for the flowers while his friends watch. Rebecca gives him a sandwich during this time.

They stare down at some swordplay. Rebecca informs Ray that a Magic Chevalier will be arriving shortly. This is a competition to find the best magical sword warrior. “I’ll think about it,” he said when asked if he would participate.” After staring at his muscles, she asked if she could touch them. He allowed it, and she marveled at the strength of his biceps since she had never touched a man’s muscles before. Wanda & her followers watch from a window nearby. Saying that’s a typical mindset for an ordinary. 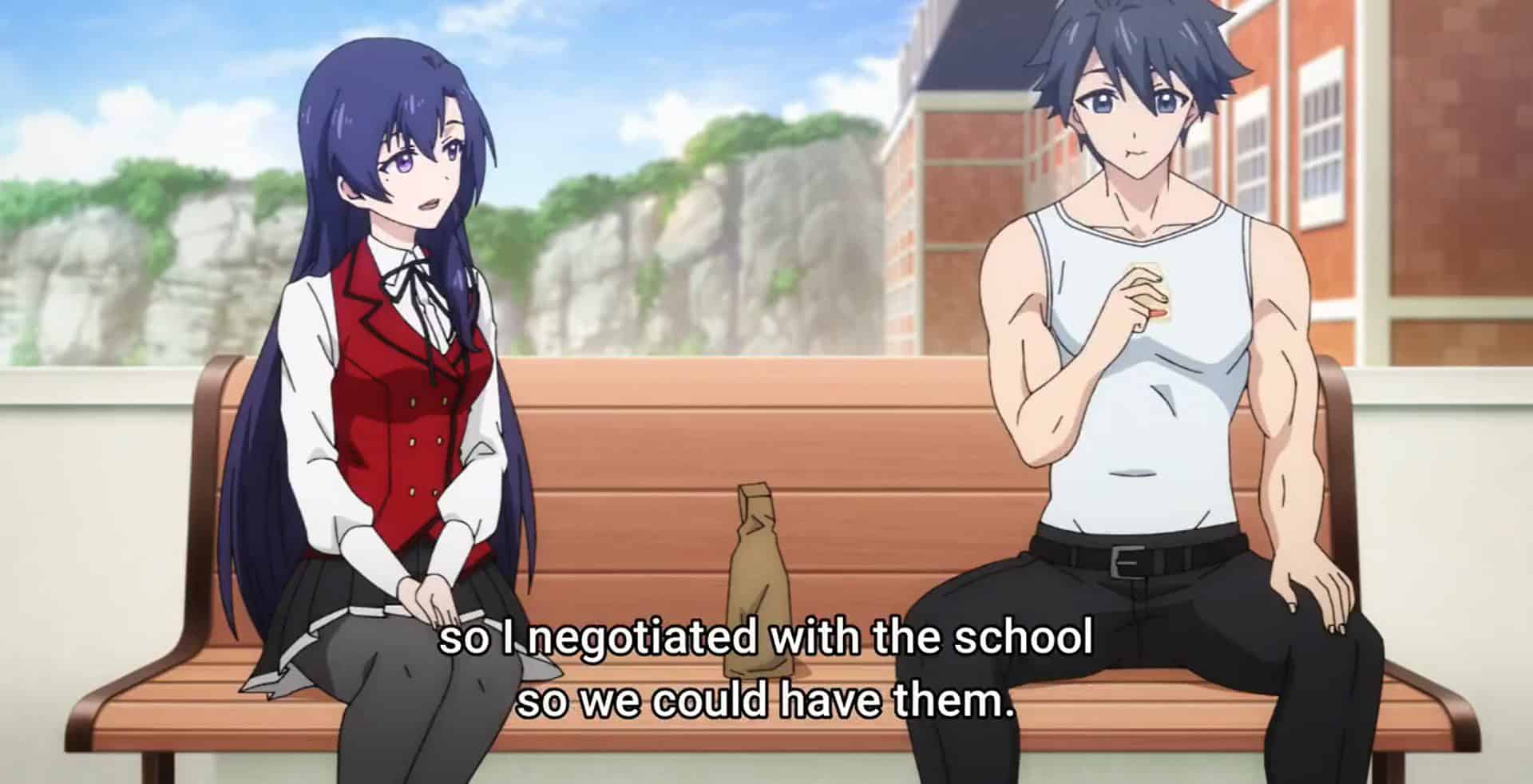 They look down before there is some swordplay. We also hear that the monarchy is in disarray. Abbie wishes to address the situation as quietly as possible. After exiting the flashback, Ray observes Claris crouching by the side of the path. Claris is taken aback when he speaks to her. He inquires as to what she is doing. She admitted to him that she enjoys insects in a different way than others.

Claris learns from Ray’s acquaintance that he adores insects as well. It is a big honor for him to be her friend. That both surprises and delights Claris. The following day, we shall study the origins of sorcery. It is the end of the class, and Miss Gray informs the students that they will take part in a practical exercise in the Kafka Forest. The group starts forming. Ray is left alone until Evi joins him. After Ray invites Elisa, she is reluctant, believing that she would only stall their progress. 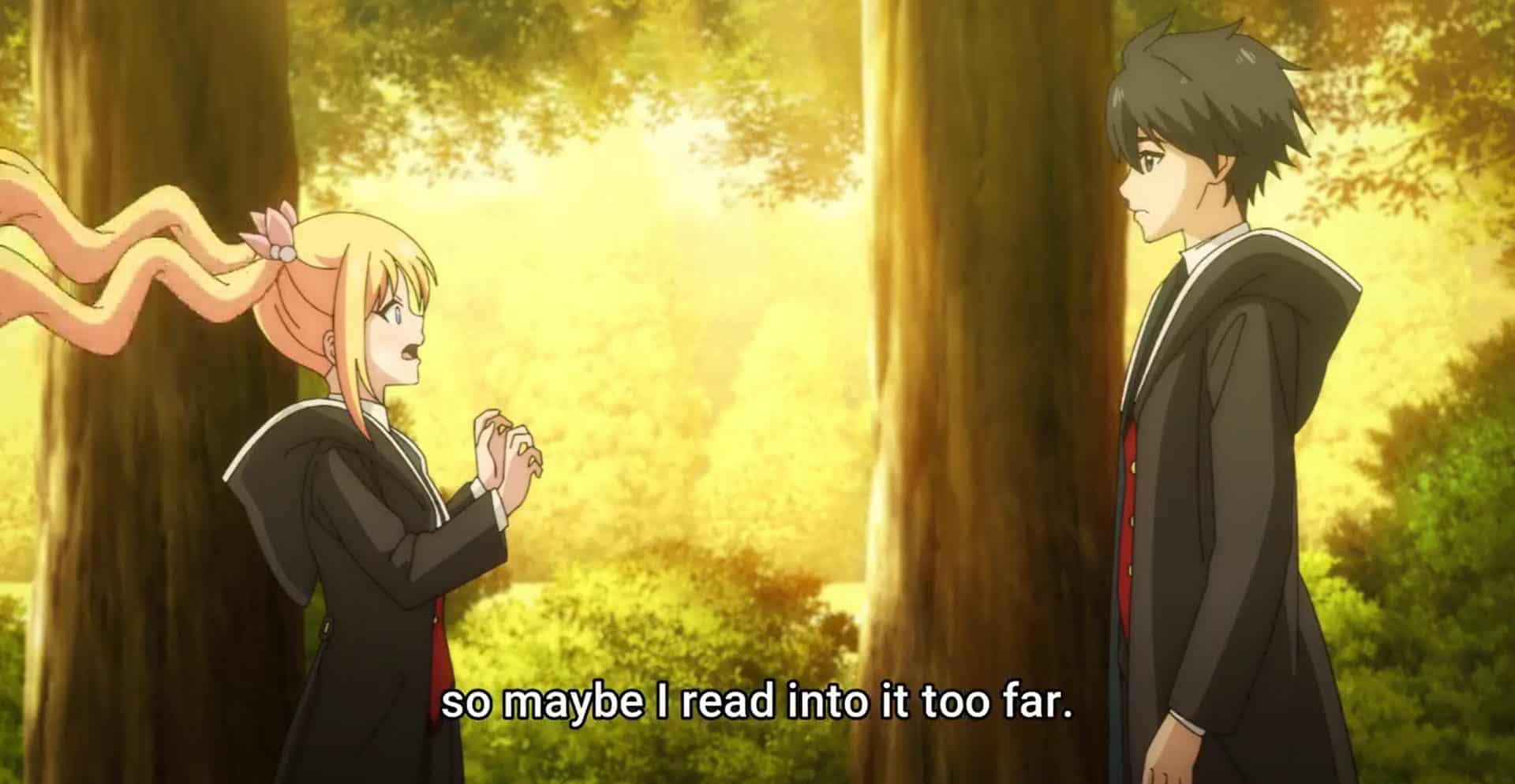 Then Ray places his hand under her chin and makes her stare at him. He convinces her to join them while his face is near. Rose asks if there is still a spot open. Ray says it has always been hers. We then transition to the forest where the groups are briefed on the drill they are to perform. The class is shocked and Albert is hostile.

As many checkpoints as possible must be found & reached within 24 hours. Any collected after the time limit is not counted. Ray and his friends arrive at their starting spots, where they determine their positions when the signal to begin is given. Ray and his friends are walking through the jungle when they come across a big bug. The group is blown away by Ray’s ability to cut it in half. They continue and find a stamp. Then we see others looking for a new path. 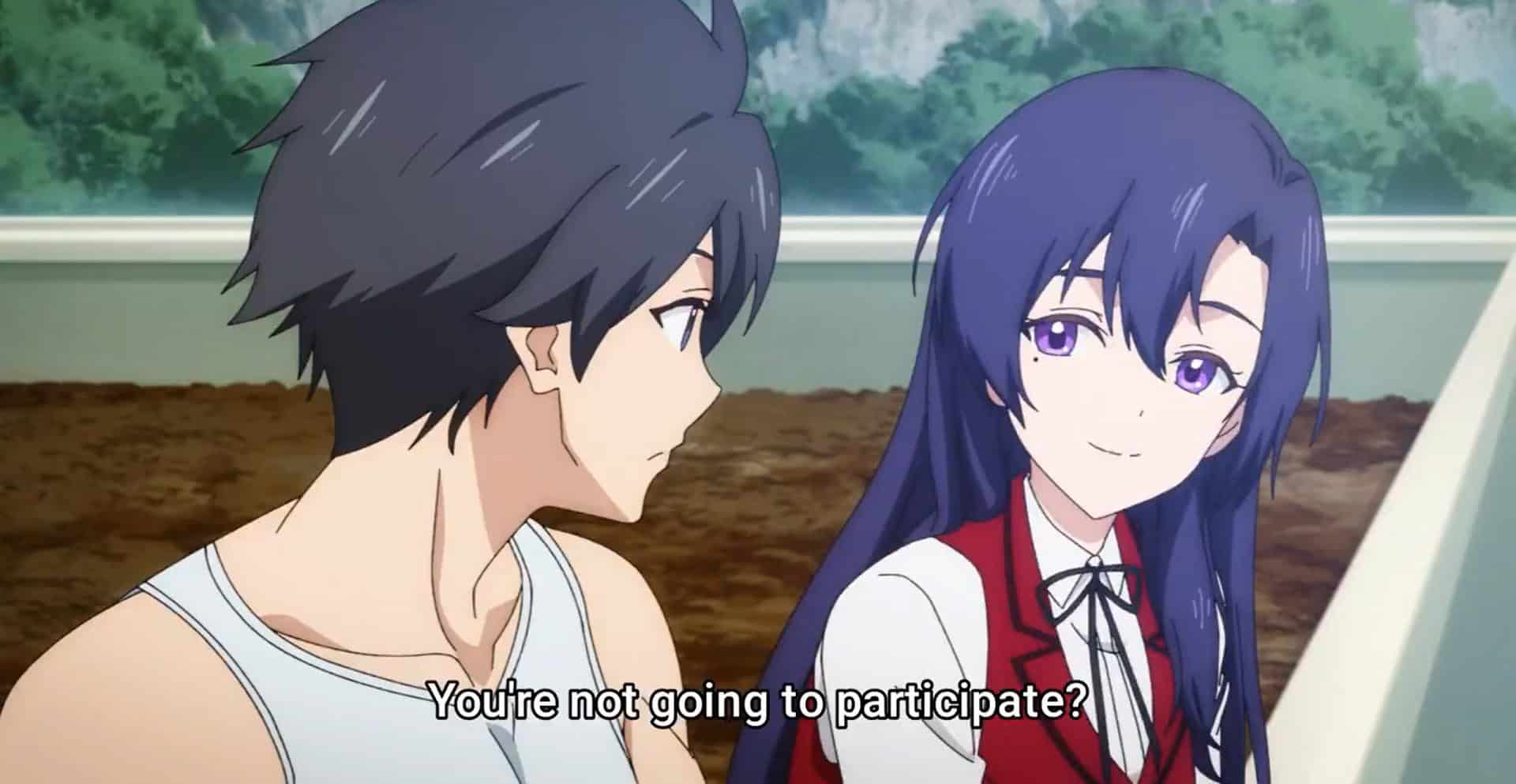 Claris admires a huge bug while the rest are scared. As night falls, Ray’s group sets up camp. Rose appears suspicious about Ray’s ‘backwoods’ cover. The group chats before calling it a night. Ray keeps an eye out for his master and thinks about him.

During this flashback, his master says she won’t tell him to keep his identity a secret forever. To live a normal life, he should keep his situation a secret. He wonders how Ray takes down the monster so quickly. Ray offers him a hand, but he declines. Ray’s group catches up, and they help free the others. A mysterious figure revives the monster from the shadows.

Also Read: How to Watch The Iceblade Sorcerer Shall Rule the World Episodes? Streaming Guide