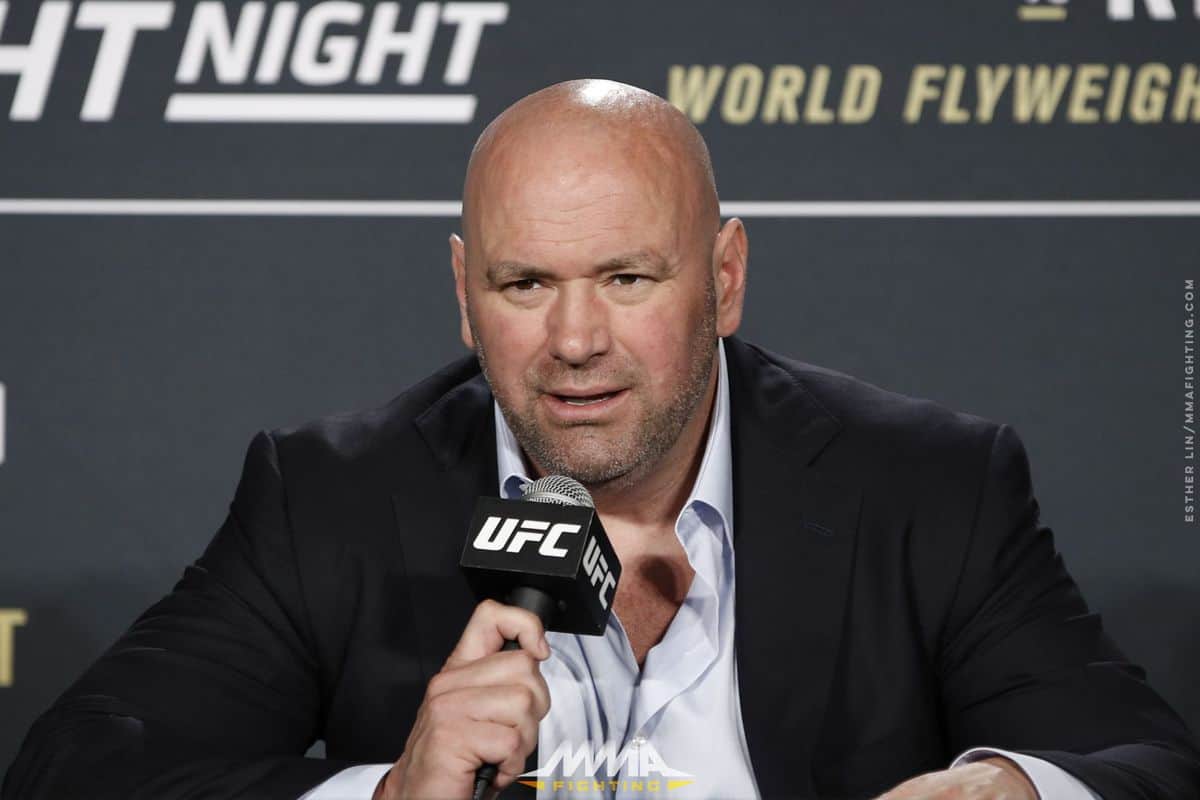 Domestic Violence is an unacceptable crime, but often things can get muddier than just a victim and an assailant, like in the case of Johnny Depp, where the lines between the two were blurred. But worse are cases where what should be done seems quite clear, but people remain unsure.

Thus we have a case at hand that baffles people. It is the case with Dana White. The name might be familiar to some but not to all. His recent popularity can be credited to him being videoed while he was physically abusing his wife. Yes, you heard it right.

But while it feels like yesterday’s news, there is still a lot to uncover with the current developments in this narrative. On New Year’s Eve, UFC Chairman Dana White got into a physical fight with his wife. Both people smashed into one another in broad daylight. While others in the Cabo San Lucas V.I.P. area tried to mediate the fight, it persisted between the two of them.

While there was alcohol influence implicated and both parties engaged in combat, Dana White felt the need to emphasize that being inebriated is not a justification for beating a lady. He acknowledged that he had no justification for hitting his wife, Anna.

But does this resolve the problem? What occurred that prompted this apology? When both sides assaulted one another, was an apology really necessary? What happened with Dana White? These are the questions being raised by everyone that has come to know about this situation.

Also Read: Why Did Kate And Petruchio Split up? All To Know About Their Divorce

Who Is Dana White?

He is a regular kid from a regular neighborhood who, at the age of 17, took up boxing and became friends with Peter Welch, a former Golden Gloves winner. White and Welch founded a boxing academy in Boston after deciding to get into the fighting industry as a result of their friendship. After failing at school, he decided to become a boxercise coach after realizing the damaging consequences of boxing on the brain.

White first met Bob Meyrowitz, the proprietor of Semaphore Production Company, the organization that owns the Ultimate Fighting Championship, while serving as a consultant for Ortiz and Liddell. White discovered Meyrowitz wanted to sell the UFC at that time.

For $2 million, White persuaded his boyhood buddy Lorenzo Fertitta and his elder brother Frank to purchase the UFC. White took over as the chairman of the company while this happened. The UFC, which was in complete bankruptcy when White became president, gradually turned into a hugely profitable company, with total revenues of $600 million in 2015.

White is still in charge even though William Morris Endeavor purchased the company. His family life, on the other hand, has been similarly fulfilling. In the eighth grade, White first met his wife Anne, and the two were united in marriage in 1996.

However, Anne respects her privacy and avoids being in the spotlight. The fact that they had two sons and one girl is not surprising. On the other hand, as her novel “Dana White, King of MMA: An Unauthorized Biography” reveals, White has strained relations with his mother.

Also Read: What Happened To Shirley Temple? A Look At Her Traumatic Past

What Happened With Dana White?

Even though the video demonstrates both of them hitting one other, the California Legislative Women’s Caucus demanded White’s immediate dismissal as the president of the UFC in a letter sent to Endeavor CEO Ari Emmanuel. In a Mexican nightclub, White conversed with a person who appeared to be Anne in distress.

She smacked White in the face when he held her wrists, and White responded by slapping her back. They started arguing with one another. Dana and Anne participated in the struggle, but the California Legislative Women’s Caucus remained steadfast. They wanted Dana to resign from his post rather than just provide a public apology which did not sit well with them. The only effect on his position as UFC president will be the name he will have to wear for the rest of his life. The title of a wife-beater. He said that although his departure would damage the business, his team, and the boxers, it won’t have any impact on him personally because of his wealth. He thus won’t be stepping down.

He has acknowledged that his marriage has difficulties, as does every family, but he and his wife have remained together because they care about one another. On Wednesday, White said these things during a media event for UFC Fight Night 217.