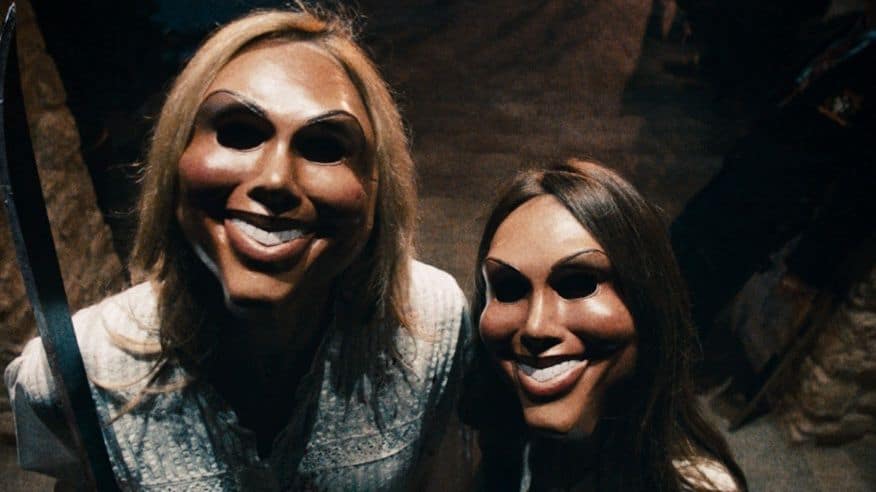 “This is not a test” this line is powerful enough to excite a purge fan or even to give chills to a person who has seen the purge movies and has followed them from the very first movie. The purge has now become a whole franchise with over a thousand fans who do find it gruesome and cannot get enough of the movies.

The purge is based on the concept of dystopian concept of the United States allowing all crimes to be legal for 12 hours, wherein all the citizens are welcome to kill, harm, and conduct all kinds of crimes, and there will be no legal repercussions for the same. Many people use the purge as an excuse to harm the people they dislike and conduct thefts, and many use it for their sadistic pleasure.

The movie indeed takes a very gruesome turn with the brutal killing and merciless scenes, which may not be appropriate for all the audiences. The show has a lot of triggering themes, and it is advised that viewer discretion is a must. The logic behind the purge is that the government feels that purge allows the people if they are given out a chance to release all their anger in one night, then the crime rates will go down.

The movie franchise was created by James DeMonaco, and the movies are owned by Universal Pictures and produced by Blumhouse Productions, which is known for producing some of the most chilling horror movies. The movie was later on also converted into a show with the same name, which dealt with the story of a man struggling to save his sister on the night of the purge. 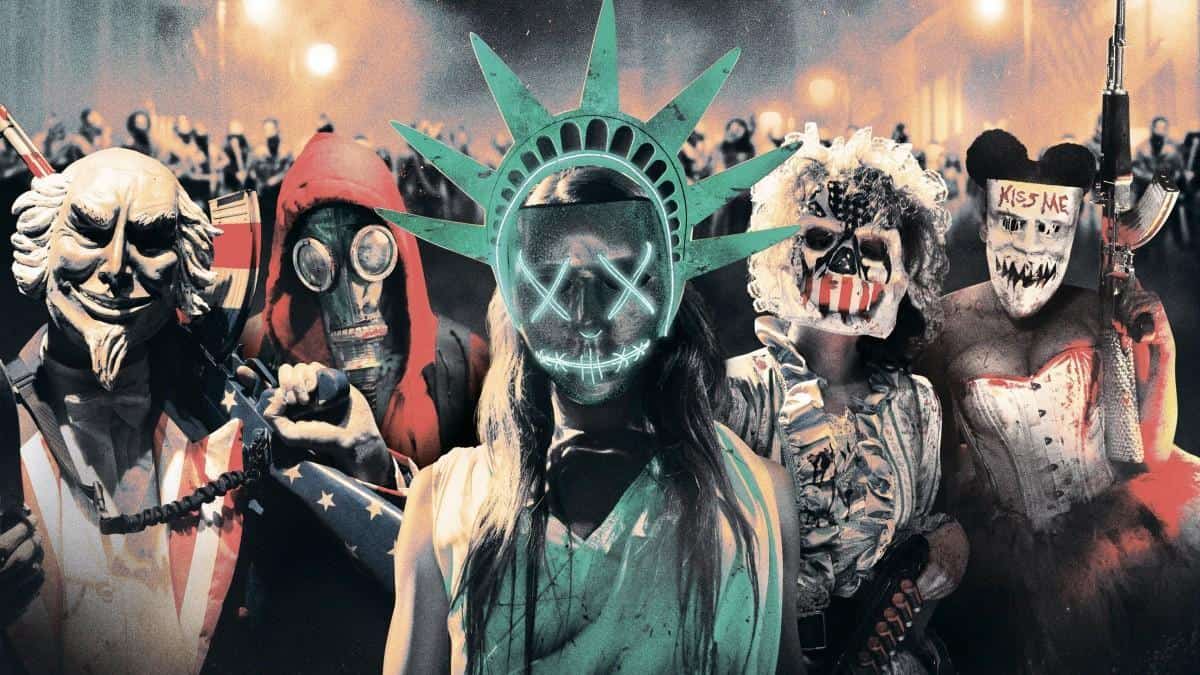 The purge occurs with a set of rules that includes that weapons of only till Rank 4 can be used, and the president, prestigious government officials, and officials of Rank 10 will be immune to the purge due to their significance in the country. The blizzard this idea of diminishing crimes may seem like, the movie in itself is a heart-racing experience. One of the scary things about the movie’s concept is how people post the purge and go back to their normal lives and how most people support the purge.

Rich people protect themselves by locking themselves in their highly protective homes, and the poor people end up becoming bait for killers and psychopaths. The movie in itself is a whole adrenaline rush which may take time to process at some points.

Also Read: There Is No Purge In Real Life In 2023, It Is A Tiktok Hoax

The right order to watch the purge movies

For all the fans who are confused about how to watch the movies in terms of their timelines to make more sense of them, then you’re at the right place. The movies are made such that a first-time viewer can watch any movie first, and it would still make sense. But to gain a more organized structure to the films, you can watch them in this order.

This action horror film was released in 2018, and it was the fourth installment of the franchise. This movie comes first on the list as the movie depicts how the New Founding Fathers of America, upon seeing the rise in lack of jobs and rising inflation, decided upon the idea of Purge. 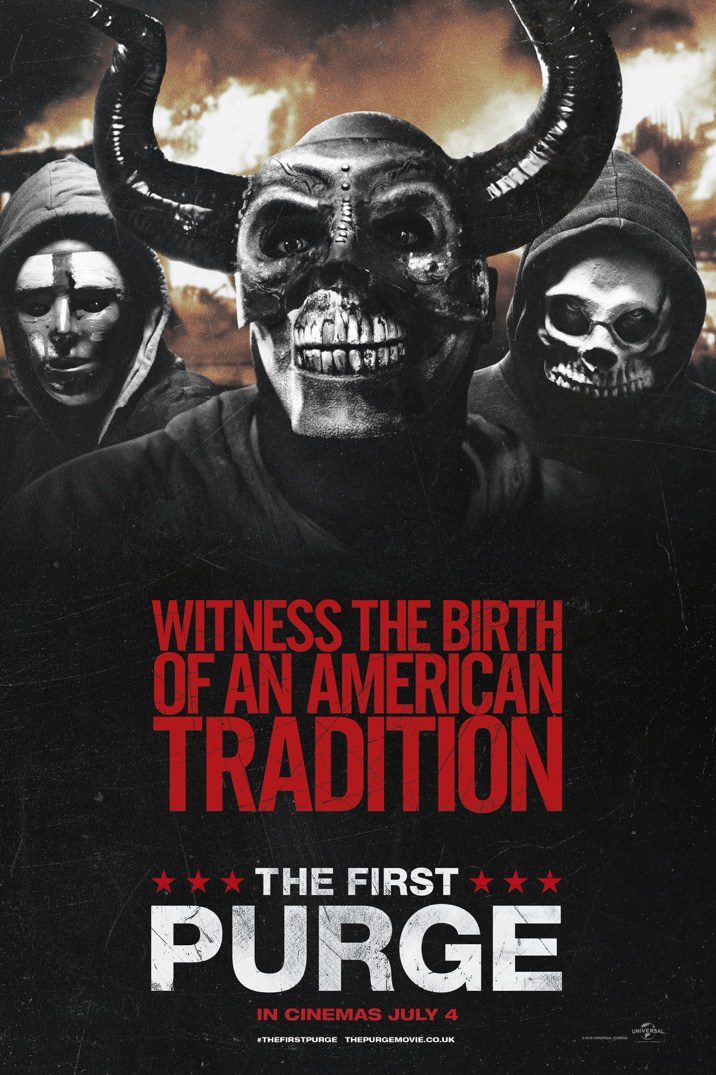 The movie, at the core, is based upon the purge that came into existence, and how the dark thoughts of a person led to this event and the descriptions of the first-ever purge are also given.

This movie was released in 2013, and it was the first installment of the franchise. The movie starts with the hours before the purge and the story of a rich businessman who had made a lot of money by making a new security system which also becomes the reason for the attacks on his family. 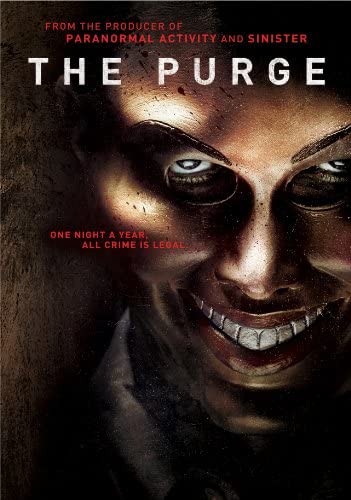 In a very twisted turn of events, James Sandin finds himself stuck between his morals and the dilemma of whether to support the purge, to purge himself, and to save someone from getting purged.

The movie was released in 2014, which is a sequel to 2013’s purge and the second movie in the franchise. The story follows the survival stories of Leo, Liz, Eva and Shane who find themselves out in the wild on the purge night. 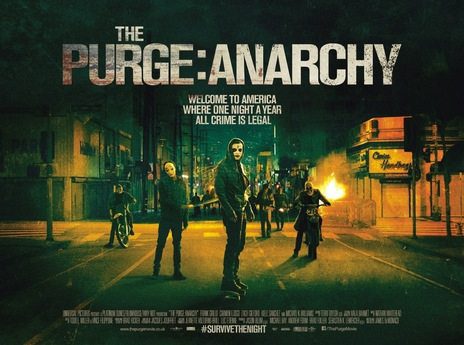 They make their way through the night, surviving and even purging as and when necessary. The movie is considered to be more intense than its predecessor and even received a lot of mixed reviews from critics. It mainly focuses on gangs and squads of people who are on a death hunt and the rich people exploiting the poor.

This movie was released in 2016, and this is the first time we get to have a closer look at the government and its work during the purge. We see eth story of Charlene Roan, who saw her family being killed in the purge, and in 2040 she is running as a senator who wishes to put an end to the purge. The movie is based on the resistance by Roan and the attempts of the NFFA to suppress these uprisings on the day of the purge. Here the movie also takes a twist as the rules that state that officials cannot be harmed also get changed as now they are allowed to kill their political rivals.

This is the fifth and the last as of now purge installment that was released in 2021. This movie is based upon post eight years of Roan’s elections when the NFFA regained their power and re-established the purge again. 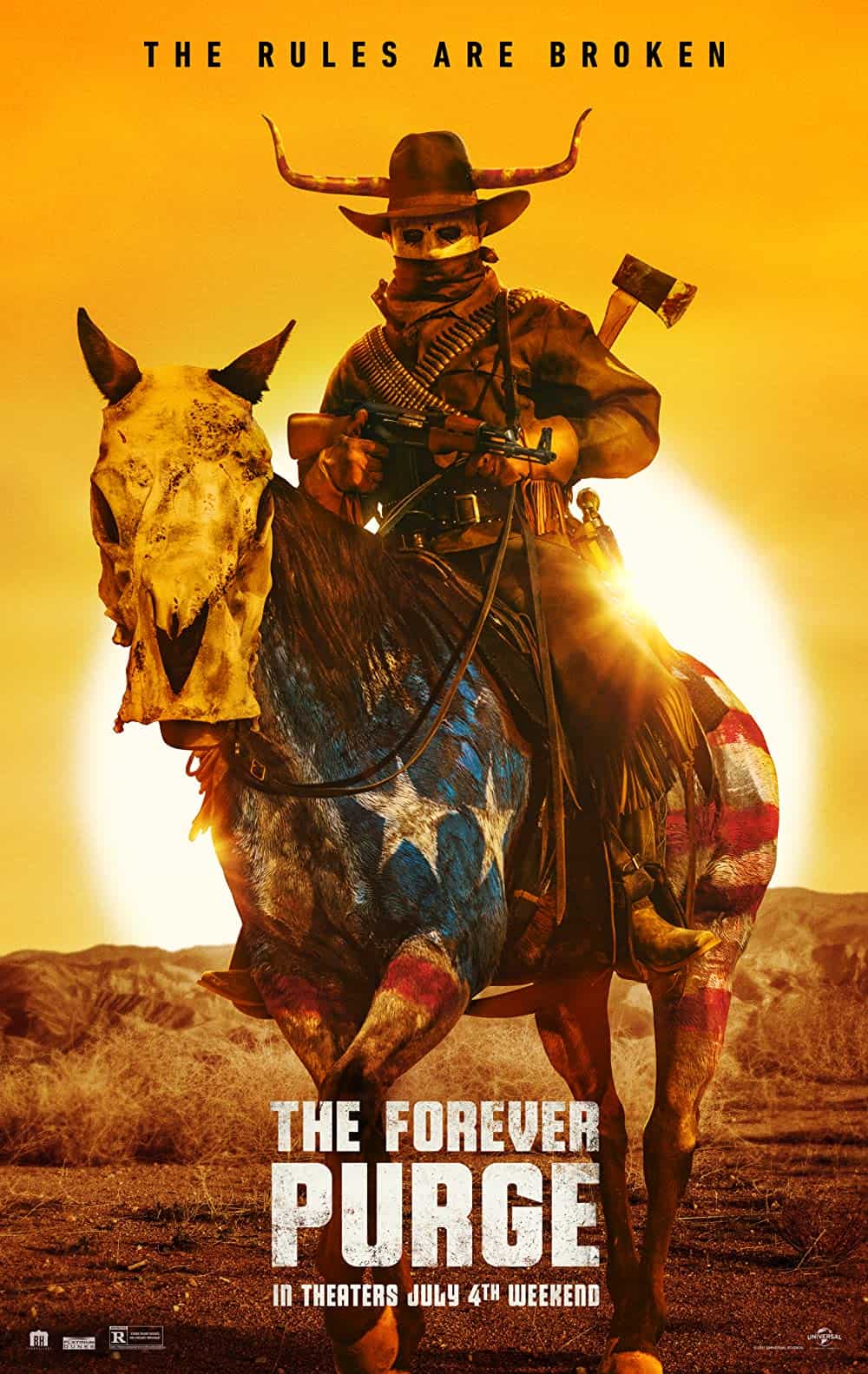 But this time, the purge is more central to the discrimination, and racial discrimination as a group of nationalists brutally kills the people who they consider are not American. The story is shown from the survival perspective of a migrant couple, Juan and Adela, who have come to America illegally.

Also Read: Is The Purge Real In America? Here’s How It Could Happen