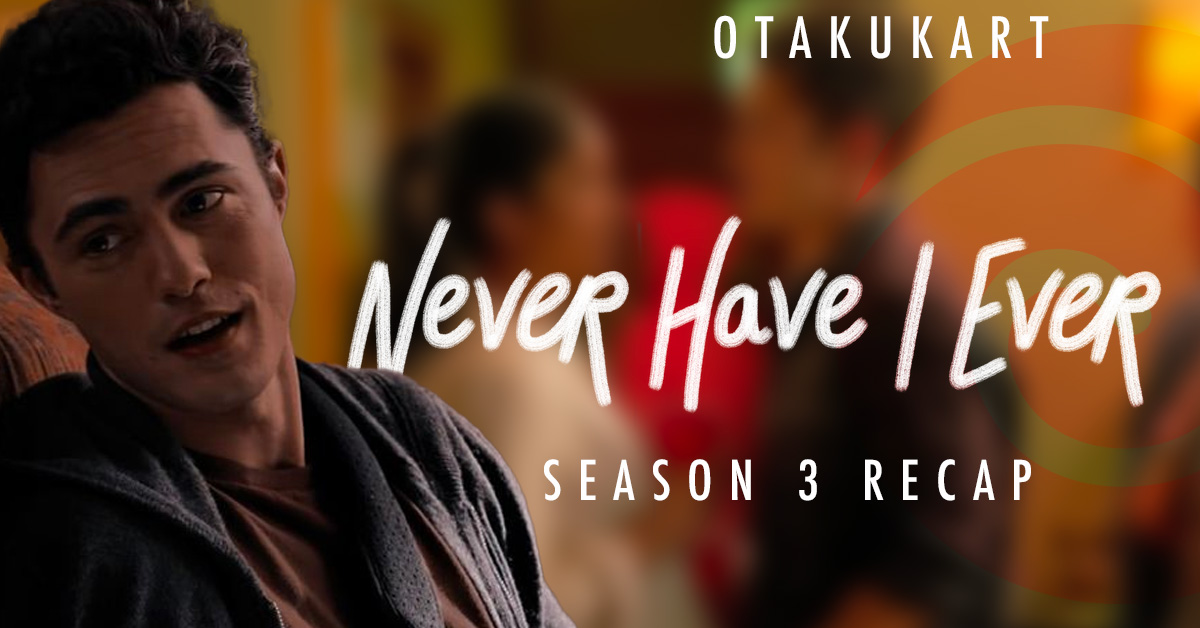 With the recent conclusion of the third installment of Netflix’s “Never Have I Ever”, it’s time to do the Never Have I Ever Season 3 Recap. Firstly, Devi’s wish is realized at the beginning of the season. Finally, after all the ups and downs, arguments, and conflicts, they walk hand in hand into Sherman Oaks. She spent a long time crushing on Paxton. And now she’s relishing on it. The teen romance realization.

But things aren’t going to stay like that forever during the season. However, and for the most part, Devi relishes her new role as the school’s most popular boy’s girlfriend. For her, everything is now beginning to come together. However, there are difficulties with this job. Devi has to face several challenges as the plot develops and make significant decisions that will affect her future. Please consider what happens at the climax of the third season and what it means for Devi.

Never Have I Ever Season 3 Recap

The relationship between Devi and Paxton is known to everyone at the school. They are the topic of conversation, which would have previously made Devi happy. However, when she finds out that people find it difficult to believe that someone like Paxton could date someone like Devi, it becomes a problem. This fuels Devi’s jealousy, which in turn causes her to act in ways that harm her relationship with Paxton. During this time, Kamala tries to convince Pati to let her date Manish, Devi’s teacher. 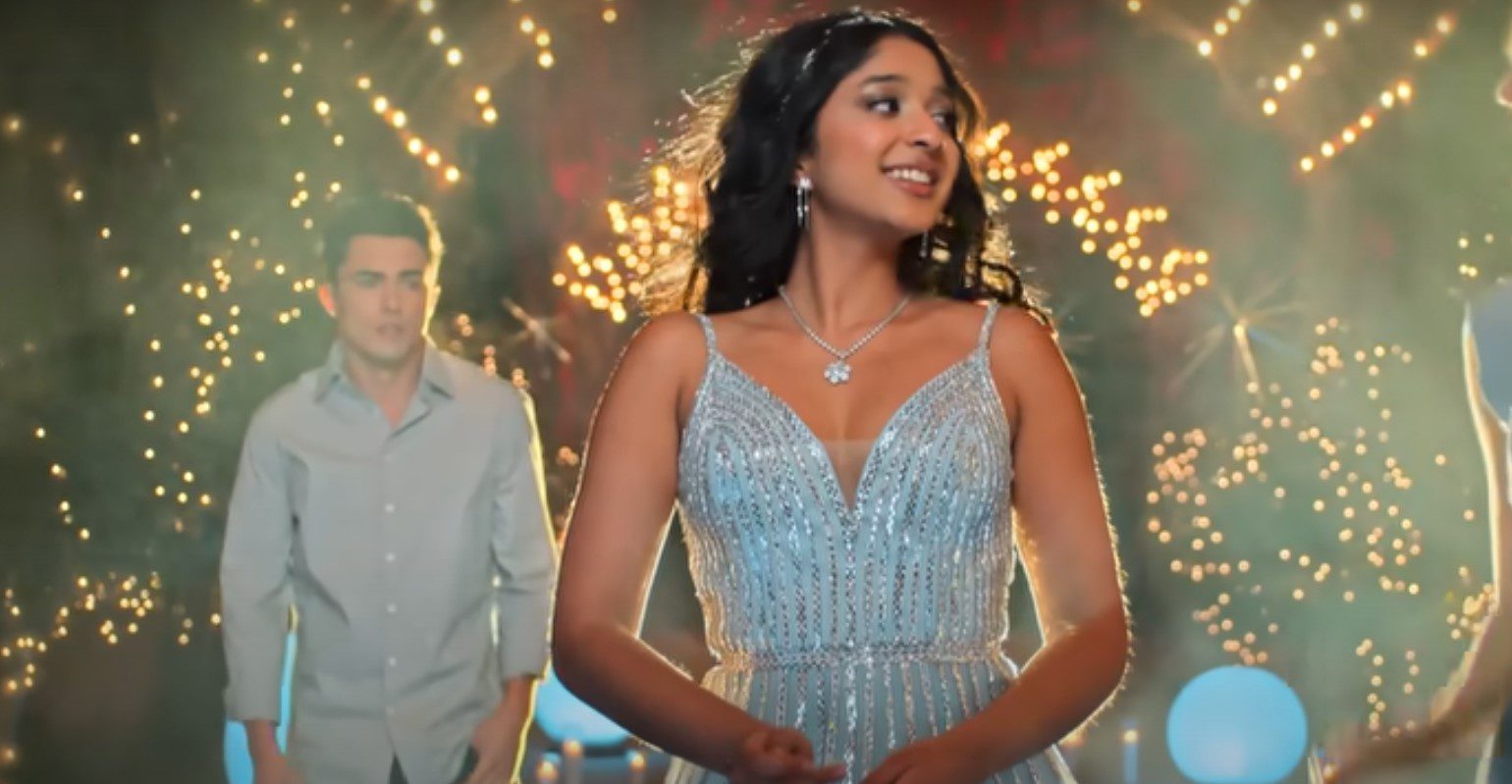 What a short-lived romance!

Devi is drawn to the new friend’s son, Des, to whom Rhyah introduces Nalini. They demonstrate that they are a perfect match for one another. Devi thinks her search for the ideal boyfriend may have ended because Des is the perfect combination of attractive and intelligent. Devi Vishwakumar, however, never has it that easy. Eleanor and Trent take their relationship seriously. Ben still has feelings for Devi, and Fabiola and Aneesa develop new feelings for one another.

Who Does Devi End Up With At The End Of The Third Season Of Never Have I Ever?

Devi is courting a new man in the third season as if she already had two potential suitors. Des is everything Devi wanted, and his Indian American heritage only makes him better. Des arrives just in time to make her feel better following her breakup with Paxton. They click right away, and despite obstacles in their path, they eventually meet.

Paxton struggles more with Des than Devi does. Because they attend different schools, she can keep the distance required to preserve their relationship. She doesn’t observe him socializing with better-looking or more attractive women, so she never feels resentful. Devi has no reason to date another man while she is dating Des, which also makes this a new beginning. Des is unaware of Devi’s time spent in a wheelchair. Because of the blank slate, everything turns out well, and Paxton and Ben are perfect representations of everything Des was looking for.

The Mom Angle Gives Us An Idea

Rhyah, Des’s mother, believes Devi’s problems are “too much” and does not want her son to get involved. Devi’s continued grief over her father’s passing, in Rhyah’s opinion, is a sign of an unstable person. Des shouldn’t get involved in Devi’s drama significantly since it will affect his future in his senior year of high school. Des really likes Devi, but he can’t be with her because it would be against his mother’s wishes.

Devi is once more split into two parts, allowing her to take a step back and evaluate her situation. At the start of the season, her therapist observes that she won’t be able to find happiness elsewhere if she isn’t content with herself. She begins to understand this. It’s interesting to note that throughout these difficult times, one person has remained a constant in her life, Ben.

Ben was dating Aneesa, but he had feelings for Devi. Even after she breaks his heart by choosing Paxton over him, he continues to be friends with her. He manages a schedule conflict while keeping an eye out for Devi at all times throughout the season. He usually keeps his feelings to himself, but he worries about her. His relationship with Aneesa, who dumps him after finding out that Ben still loves Devi, is unaffected by this, though.

After Paxton and Des are eliminated from the panorama, Ben is left as Devi’s only option. And it turns out he was the best contender. Devi laments that she’s still a virgin, but Ben mocks her by promising to give her “one free boink” even if she’s about to pass away. This rebound game is nasty, still, it’s the way she chose to play it. She made her bed now, she must sleep on it! She holds him to his word when she knocks on his door. Since the beginning of her story, she has wanted to lose her virginity and is now prepared to do so with Ben.

After everything that has occurred, it makes sense that Devi would find things with Ben easier. Despite the pressure to impress Paxton and show him how valuable she was, she had always felt at ease around Ben. She was never forced to hide, face embarrassment, or even question her identity. Because he had experienced both of her highs and lows, Ben was more understanding of her. For so long, she had been seeking acceptance for who she was, but now she realizes that Ben had been there the entire time. When she knocks on his door, it seems they might be able to be together without any other crushes looming over them. 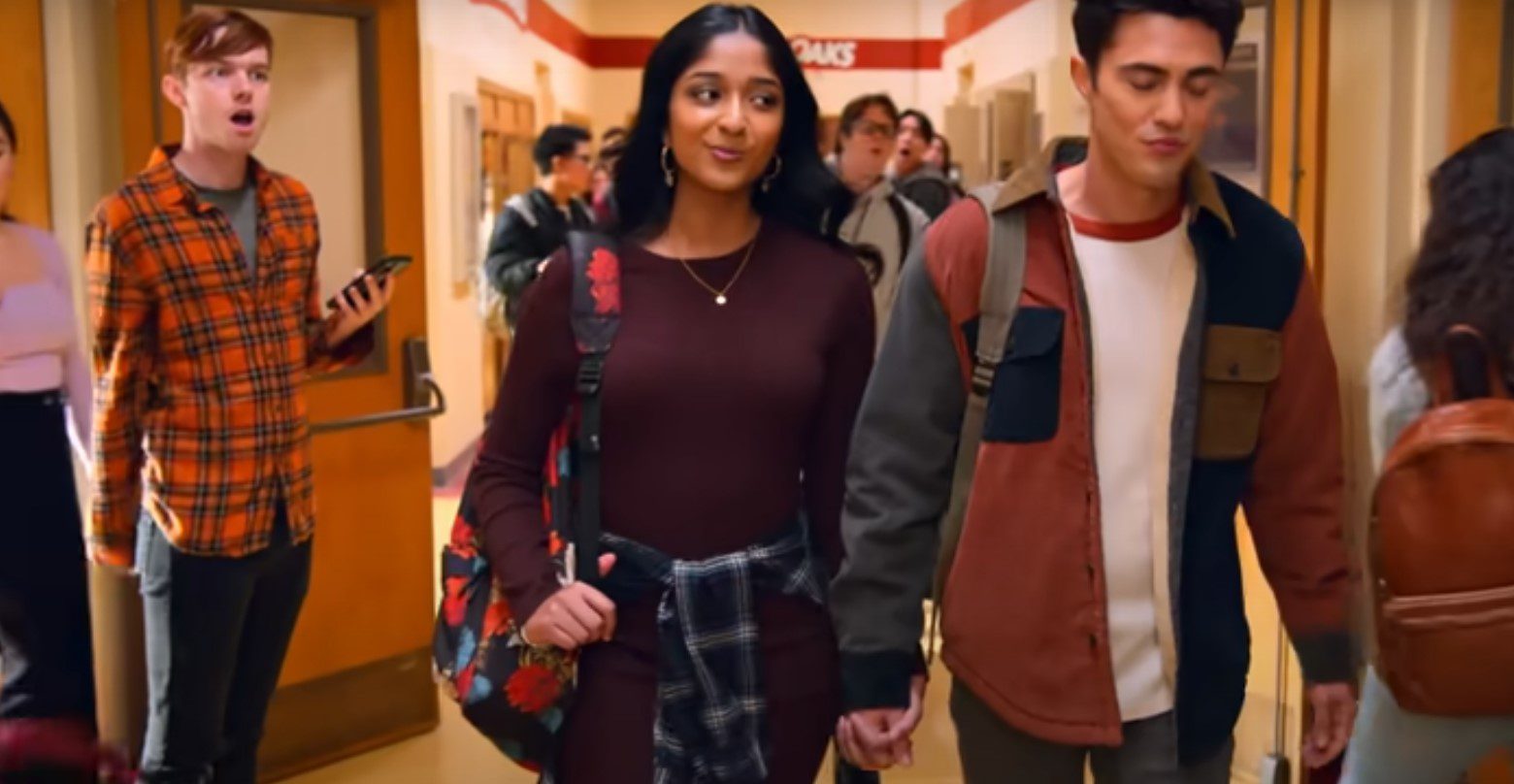 Where is Devi’s heart going now?

Since she only has one more academic year left, Devi wants to make the most of it. But after learning that she has been accepted into the prestigious boarding school Shrubland, she thinks about moving away from Sherman Oaks. Nalini finally agrees to Kamala’s suggestion, despite her initial reluctance to let Devi leave a year earlier. The two go to Shrubland to check out its sights. It seems like the place Devi will finally feel at home.

Even though Shrubland offers the chance to relocate to a new area, Devi can’t help but think about all the people she would be leaving behind. Paxton has already received his degree and is moving to Arizona. Considering that the majority of her friends are in their senior year of high school and are busy with other commitments. Before they all separate and go to different colleges, she has one last chance to hang out with them. She is also aware that she will no longer see her mother daily when she leaves for college and only has a year left with her.

Devi’s At A Crossroads As Season 4 Looms In

After experiencing the sudden death of her father, Devi has learned that life is unpredictable and that anything can happen at any time. Since no one can predict what will happen in the future, she feels it is best to make the most of the time she has left and spend it with the people she loves. Devi decides to stay in Sherman Oaks and concentrate on her academics to get into Princeton. Even though Shrubland seems like a great place and is unquestionably a fantastic opportunity for her.

If we see the fourth season, it will pick up on her trying to mend her broken heart and doing some soul-searching, unless, of course, we see how she mends her broken heart between seasons and comes back renewed and ready to go with a new mood! Where do you think the scriptwriters are taking us now?

Never Have I Ever Season 3 Trailer

Where To Watch Never Have I Ever?

Never Have I Ever is a Netflix original show and streams exclusively on that OTT platform. As such, you must get a Netflix subscription to stream this show. Netflix is a globally available platform, and starting from US$ 9,99 a month, you will get unlimited ad-free access to its vast content library which has this show and other teen shows, movies, documentaries, and other productions for every age. With this last piece of information, we wrap up our coverage of the third season of this teenage drama show here at Otakukart. Thanks for your attention. Happy streaming, and see you soon!