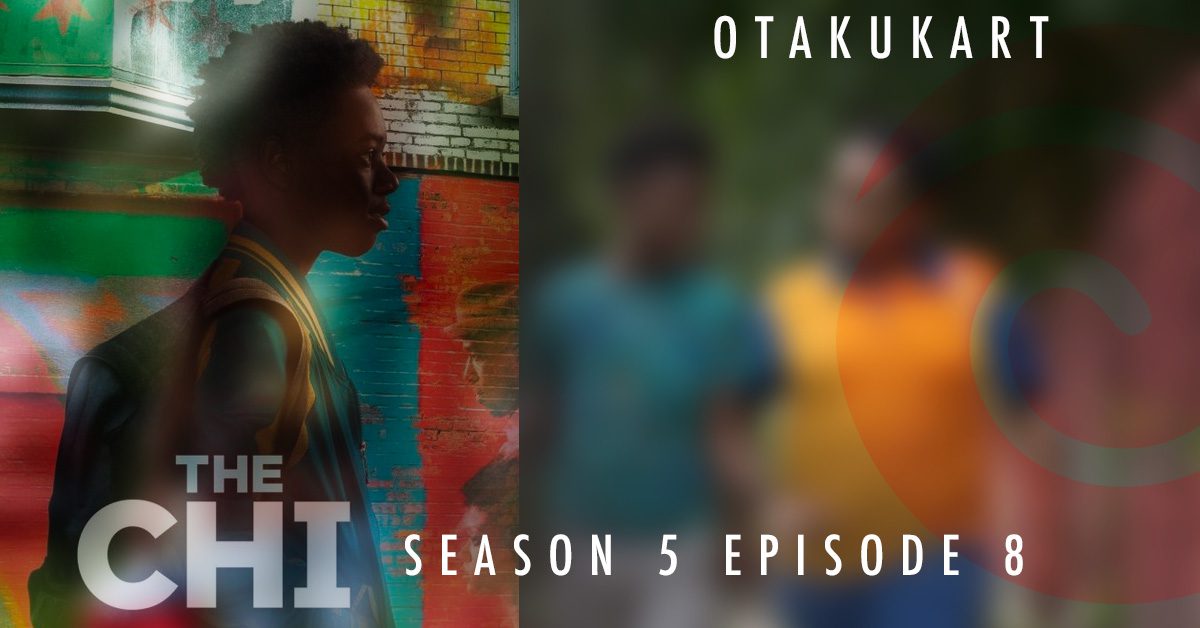 On The Chi Season 5 Episode 8 release date, we will see how the aftermath of Tiff and Emmett must put their differences aside as they must co-parent and find out some bad news concerning Keisha. Jemma, Jake, and Papa must deal with last week’s shocking moments, and Kevin continues to struggle with the pressure from his gaming competitions.

That’s not all because Darnell and Jada had a romantic date and talked a lot about the past, present, and future. And Trig has a lot of problems with sustaining his reality. Now, without any further ado, let’s take a look at everything that The Chi has in store for us as we examine last week’s episode. Let’s begin.

Tiff breaks up an intimate moment between Emmett and Keisha. Being without Peaches upsets Jake and Victor. When Jake finally informs Victor that Jemma is pregnant, Victor has a negative response. With her father, Jemma is discussing her options regarding the pregnancy. While Maisha is writing her lyrics, Tiff and Emmett are arguing. Kevin is honing his gaming abilities in preparation for the $25,000 competition he will soon enter.

Deja and Shaad talk about him meeting her family. EJ’s teacher informs the quarreling parents that EJ has a learning disability as Tiff and Emmett make their way to see him. Keisha finds it challenging to balance her schoolwork and caring for Baby Ronnie. Maisha spits her lyrics for Jemma, but she doesn’t like her suggestions for improvement. Although Maisha has been invited to a college, she prefers to focus on her music.

Shaad changes into a new outfit and gets a haircut before meeting Deja’s family. Shaad tries to smoke a blunt to unwind, but Deja freaks out because she thinks his family will think he smells like marijuana. Together with Lynae and Simone, Jake travels to his clandestine gaming scene. Jake and Victor argue over the pregnancy. When Keisha informs the guidance counselor at her school that she is overburdened, the counselor advises her to return to her mother’s house for support and assistance.

Lynae should join Kevin’s gaming community, Simone advises, since Lynae has taught Kevin everything. Tierra recommends Victor have a child because it will help his political campaign. Victor believes she is acting insanely. When Kevin wins the competition and $25,000, Lynae and Kevin fight, Kevin acknowledges that he owes Lynae 20%, as Simone suggests. Shaad meets the family of Deja’s mother. Shaad accepts the Scotch that Deja’s dad offers him.

Following EJ’s diagnosis, Tiff and Emmett discuss a new co-parenting strategy. When Keisha returns to Emmett’s, Tiff mistreats her. When Shaad explains to Deja’s family how he served his prison sentence, Deja’s father is rude, but Shaad defends himself. Her dad finally accepts Shaad after Deja stands up for him. Maisha gets ready to speak on stage. Bakari and Papa are in charge of Maisha’s concert. When they do, Lynae and Jemma are there.

Emmett freaks out and begs Keisha to move in and live with him when she tells him she’s going back to live with her mother. When Bakari starts a fight at the concert, Jemma is hurt and has a miscarriage. Jemma is broken, and Jake is furious. Jake attacks Bakari as he returns home. Jake expels Bakari from Victor and Shaad’s house after accusing him of causing the miscarriage. Bakari goes to his father’s house.

Never miss an episode of The Chi on Showtime!

The Chi Season 5 Episode 8 will release on August 12, 2022, the upcoming episode is titled “Angels”.

Where To Watch The Chi?

The Chi airs on Showtime at 12:00 AM Eastern Time United States on Showtime’s app. The episodes air firstly on streaming, and then they air on regular television on Sundays. With this, we wrap things up concerning Showtime’s “The Chi” here at Otakukart, thanks for your attention. Happy streaming, until next week! Please keep browsing our website for more entertainment-related content!