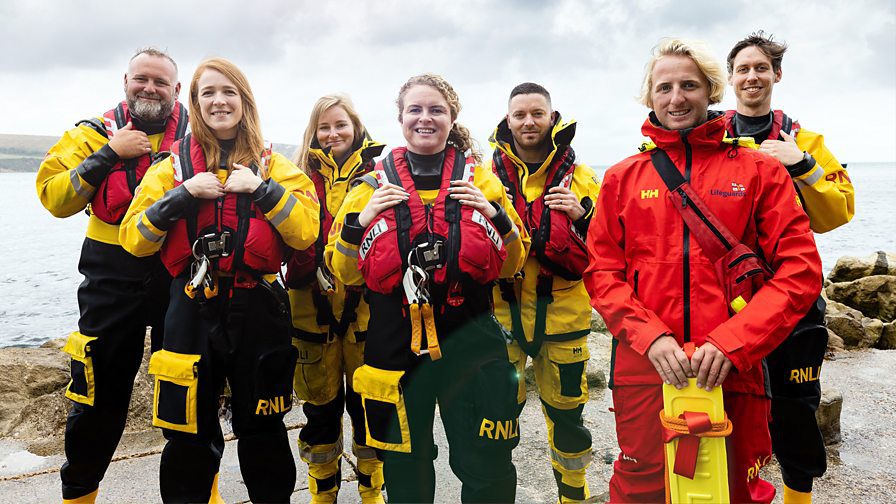 Saving Lives at Sea is a British documentary series about the brave women and men of the Royal National Lifeboat Institution (RNLI), who form a formidable crew of unpaid volunteers striving to save the lives of victims of the sea’s harsh moods while risking their own. Cameras follow these heroes around to record some of the most extraordinary rescues through their eyes and those of the people they have saved.

The seventh season of Saving Lives at Sea launched on Thursday, August 25 2022 with Episode 1: Race Against Now. The latest episode to air was Episode 4 dubbed Pressure which was broadcast on September 15 in which the directors first took us to Bundoran on Ireland’s northwestern coast where the RNLI crew ran to the rescue of a teenage girl who has been swept out to the sea by a vicious rip current.

Then in Portishead, north of Somerset, we saw how a man who had fallen from a cliff as high as 30 feet suffered grave injuries, especially on his chest, and was immediately rushed to the emergency room. Moreover, a missing dog in Porthcawl across the Bristol Channel sent the RNLI crew on a snipe hunt. Finally, in Fraserburgh, a small fishing town on the northeastern coast of Scotland, the crew set about a search party to bring home local fishermen who had not returned to the harbor.

Episode 5 from Season 7 of Saving Lives at Sea begins at Eastbourne where freshly recruited Chris is put to the test as there have been two fatalities courtesy of the tide near Beachy Head. Subsequently, in Penarth on the southern coast of Wales, crew member Tom is beckoned when a female paddleboarder is threatened by the tide.

Meanwhile, another crew member Stuart is called up for his first dog rescue in Arbroath located on the eastern coast of Scotland. Finally, in Fistral, north of Cornwall, Kai, a 22-year-old lifeguard Kao rushes to the side of a juvenile surfer who is in jeopardy of getting smashed on the rocks by high tides.

New episodes of this documentary series air every week on Thursdays. Episode 5 from Season 7 of Saving Lives at Sea is titled Learning on the Job and will be broadcast on September 29, 2022, at 8 PM BT. The episode length is confirmed to be 58 minutes.

The show is narrated by Steven Mackintosh and features Mark Greensmith who plays the recurring role of the tractor driver.

Each episode of Saving Lives at Sea first airs on BBC Two at 8 PM British Time. The episodes are then made available to stream on BBC iPlayer after the broadcast. To access the episodes, users will first need to log in. The most recent episodes can be streamed on platforms like Virgin TV Go or Sky Go, given users have a paid subscription. Besides, Discovery+ allows the audience to stream the latest episodes from Season 7 of Saving Lives at Sea.
To add more, fans also have the option of watching their favorite episodes via demand services such as Apple iTunes and Amazon Prime Video.
A classic rescue provides one of the most sought-after themes among the audience, and despite the fact that the wide majority of the RNLI’s volunteer crew members do not come from any professional maritime backgrounds, Saving Lives at Sea sits comfortably among the top most-watched docuseries of its time. If you are looking to restore your faith in humanity, it’s about time you tune in to watch these unsung heroes work their magic.