Characters Stronger than Levi in Attack on Titan 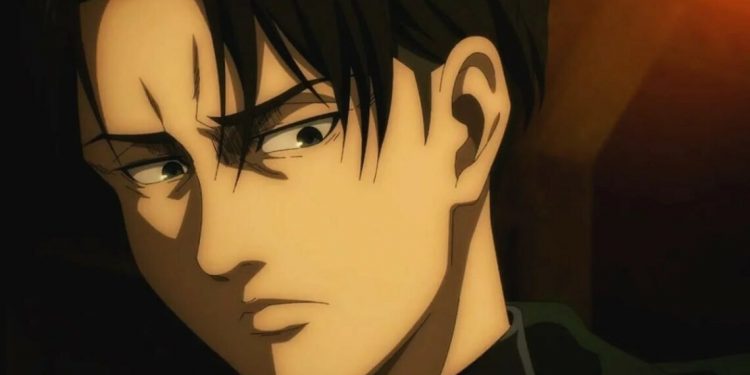 Levi is one of the most powerful characters in Attack on Titan, and fans have been swooning on him. It’s no surprise that he’s everyone’s favorite; the serious expression on his face just adds to his appeal, and the way he fights makes it seem like no one can ever defeat him. Do you believe there are any characters who are more powerful than Levi? Let’s have a look in the following paragraphs to see what we can learn.

Captain Levi Ackerman, also known as Levi Ackerman, is the squad captain of the Survey Corps’ Special Operations Squad and is widely regarded as humanity’s most powerful soldier. Levi has a deceptively youthful face and short, straight black hair fashioned in an undercut curtain. He also has narrow, scary, dull grey eyes with heavy bags behind them and a deceptively youthful face. He is always frowning or expressionless, which, along with his calm manner, makes it difficult for others to deduce what he is thinking. Levi has many scars across his face, including one over his right eye and both the index and middle fingers on his right hand, thanks to a near brush with a Thunder Spear set off by Zeke Yeager.

Also read: Levi In Attack On Titan: All About The Humanity’s Strongest Soldier

The Colossal Titan is the most powerful of the Nine Titans, capable of changing and destroying anything and everyone in its path. When Marley put their soldiers to the test, they discovered that the Colossal Titan was the one that could do the greatest harm in a nation they had devastated. Bertholdt, on the other hand, wasn’t a particularly good fighter, given that he didn’t do anything unless Reiner told him to throughout most of the series, and he was killed by Armin distracting him while Eren attacked him from behind. Bertholdt would most likely fall for the same ploy if Levi had someone to aid him in the attack. Bertholdt, on the other hand, would most likely be able to slay humanity’s toughest soldier in one-on-one combat.

Bertholdt Hoover served in Marley’s Warrior Unit as an Eldian. He was born in the Liberio internment camp and had the capacity to turn into the Colossal Titan, making him one of the most dangerous dangers to mankind inside the confines. As part of a mission to retake the Founding Titan, he entered Paradis Island with Reiner Braun, Annie Leonhart, and Marcel Galliard in the year 845. Following that, he enlisted in the 104th Cadet Corps and graduated third in his class, becoming a member of the Scout Regiment until his true identity as the Colossal Titan was uncovered. Others regarded Bertholdt as a soft-spoken and reserved individual.

Annie Leonhart is a 104th Training Corps graduate who served in the Military Police Brigade. Her outstanding swordsmanship and unarmed combat abilities earned her the 4th rank; she is also renowned as a lone wolf who has difficulties working with others. She had the capacity to morph into the Female Titan, a Titan that could shift into anything. She is chosen as one of Marley’s Warriors after being trained by her father since she was a child. She and fellow Warriors Reiner Braun, Bertolt Hoover, and Marcel Galliard are dispatched on a mission to rescue the Founding Titan in the year 845.

She acts as a prominent opponent as the Female Titan until she is defeated, at which time she crystallizes and becomes comatose. She was detained underground for four years in the Survey Corps’ captivity until escaping during a struggle between the Military, the Yeagerists, and Marley’s troops. Annie’s appearance alters dramatically as the Female Titan, however, her general body and facial traits remain mostly unchanged. The Titan’s body is mostly made up of exposed muscular tissue, with very little skin coverage and bone-like digits.

Annie is the most powerful of Marley’s soldiers. She was not only experimented on to get the powers of the other titan shifters, but she has also proven that she can outlast her teammates in combat. The Survey Corps, for example, attempted to capture her before even realizing she was the Female Titan.

Ymir Fritz was the first and perhaps the most powerful titan shifter to ever exist. She was able to slay Eldia’s foes, and she lingered on inside the coordinate for thousands of years after she died physically, creating additional titans, many of whom Levi fought. Ymir admired King Fritz and always followed orders from other titan shifters, therefore whoever she heeded would influence the fate of her battle with Levi. She could easily kill humanity’s toughest soldier if she did everything she wanted and had all of her talents.

Ymir Fritz was the first person to harness the Titans’ power. She was an Eldian king’s slave who exploited her magic to bring Eldia wealth while destroying Marley and the rest of the world. She died guarding the king thirteen years after unleashing her power; her body was subsequently forcefully cannibalized by their daughters, Maria, Rose, and Sheena. The Nine Titans were formed as a result of her powers splitting. Ymir was taken to the Coordinate after her death, where she fashioned Titans from the dunes and followed the royal family whenever they desired the Founder’s authority.

Mikasa was saved by Eren Yeager and lived with him and his parents, Grisha and Carla, before the collapse of Wall Maria, after her parents were slain by human traffickers. She is the only descendent of the Shogun clan to remain on Paradis Island, and so linked to the Azumabito dynasty, and wields considerable political influence in Hizuru. Mikasa joined the military, where she is regarded as the greatest soldier in the 104th Training Corps, despite her wish to live a tranquil life. She subsequently joins the Survey Corps in order to track down and defend Eren, and she quickly becomes one of the organization’s most valuable assets. She is presently a member of the Corps of Engineers as an officer.

Another Ackerman Clan member is Mikasa. They didn’t get along when she first met Levi, but when they needed to, they worked well together. They became excellent companions after knowing more about each other, especially their shared family history. Soldiers all throughout Paradis were aware of Mikasa’s power from the moment she graduated from the 104th Cadet Corps, and by the conclusion of the manga, she had exceeded Levi’s. However, Levi was severely damaged following a battle with the Beast Titan, therefore this is a contributing factor. The winner of this fight is determined by when it occurs, however, Mikasa has the ability to kill Levi at any moment.

Eren Yeager served in the Survey Corps until retiring. In Attack on Titan, he played the main character. Eren’s strong hate for the Titans grew as a result of this occurrence, and he vowed to wipe them all from the face of the Earth. When his father, Grisha Yeager, found him, he gave him the key to his cellar and told Eren to find it and reclaim Wall Maria in any way he could. The Titan serum was then put into Eren.

Eren, Mikasa Ackerman, and Armin Arlert were all drafted into the 104th Training Corps in the year 847. Following the Battle of Trost District, the three graduated, with Eren placing fifth. They joined the Survey Corps. Eren learned the reality about what the Titans are, as well as the past of Eldia and Marley, after discovering the basement and unlocking his father’s memories. Eren then determined to liberate his homeland from their actual foe: humans on the other side of the water. Eren wielded three Titans’ strength. The Attack and Founding Titans were passed down to Eren by his father. During the Raid on Liberio, he obtained the War Hammer Titan as well after eating Willy Tybur’s younger sister.

Eren was ecstatic to learn that Levi wanted to add him to his squad, given how much he loved Levi and how it had always been his ambition to join the Survey Corps. Levi had vowed to guard Eren for years since he had given the troops faith that they might reclaim their home from the giants. Eren, on the other hand, became the Survey Corps’ biggest foe once they achieved their aim, and the Rumbling began. If Levi had been on his own at that time, there was nothing he could have done. Despite the fact that Levi assisted his companions in defeating Eren, he would have been slain if he hadn’t had them.

Also read: Will Attack on Titan Season 4 Have A Different Ending From Manga?

Where Is Goodnight Mister Tom Filmed? Locations, Cast and Plot!

GTA V Cheats: How To Use The Cheats On PC, PlayStation and Xbox?