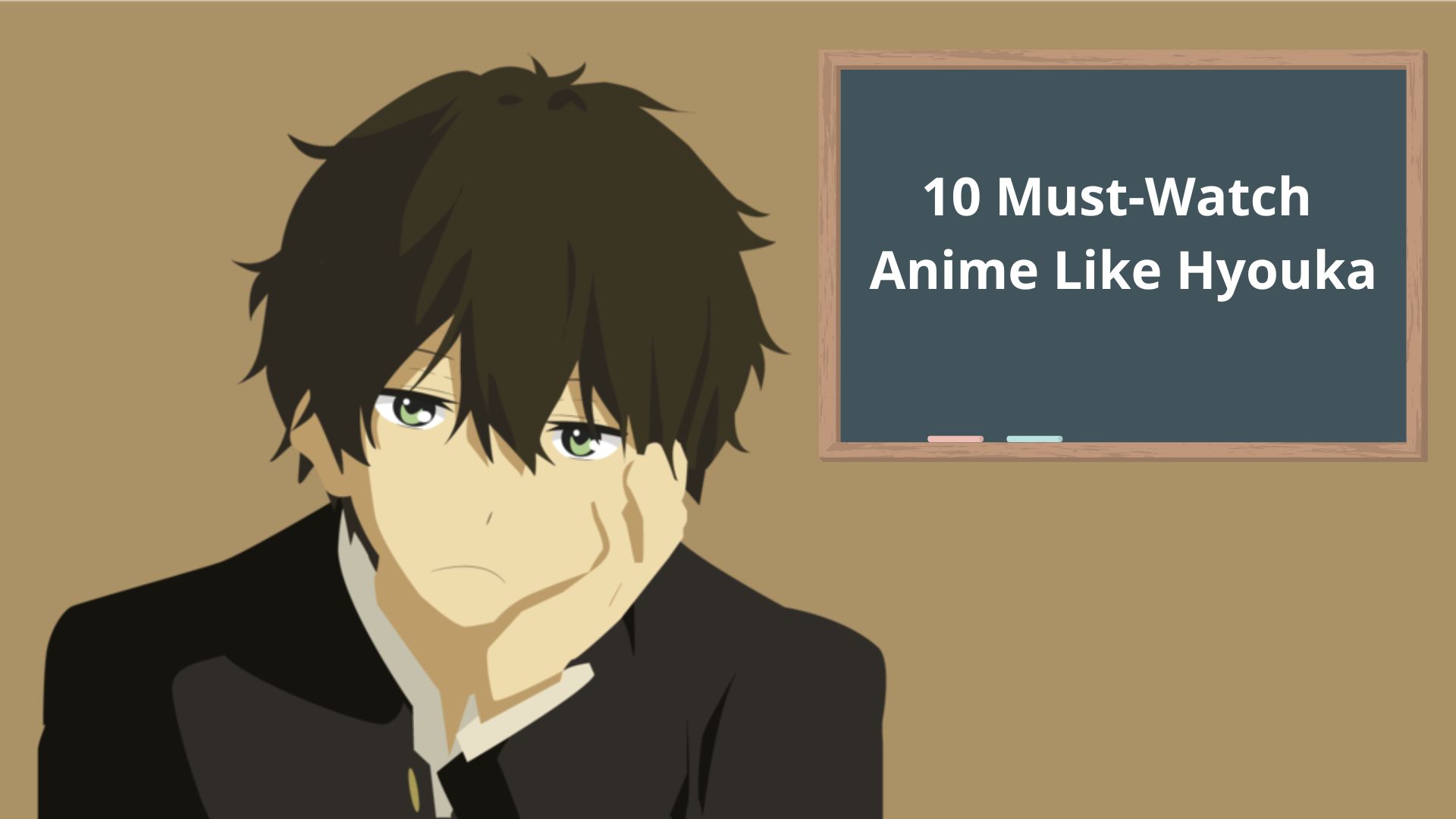 People always tend to compare things. Either be it food or any show. They always try to decide who is better and who is not. Moreover, if the anime has a handsome character, the debate goes longer. Hyouka is one such anime. Here, we will talk about 10 Must-Watch Anime Like Hyouka. You would love these anime if you liked Hyouka. They are either conceptually similar or have a similar plot.

Hyouka’s premise is pretty intriguing. Hotaro Oreki joins Kamiyama High School’s Classic Literature Club. He does so at the request of his older sister. So that he can prevent it from abolition, moreover, he is joined by fellow members Eru Chitanda, Satoshi Fukube, and Mayaka Ibara. The narrative takes place in Kamiyama City. A fictional world in Gifu Prefecture. It is inspired by the author’s own birthplace of Takayama, also in Gifu. Hida High School is based on the imaginary Kamiyama High School. It is based on the real-life Hida High School. They begin to investigate different mysteries for their own benefit and at Eru’s request.

Hyouka’s storyline is pretty unusual. It deftly weaves together elements like love, suspense, and slice of life. Each episode introduces a new puzzle to solve. Moreover, it brings viewers closer to comprehending its deep mysteries.

Beautifully depicting and highlighting Hotaru Oreki’s emotional world and his wishes to keep a safe distance from people. Moreover, to avoid grueling day-to-day tasks is eloquently conveyed, also, for their complexity and artistic value. The artwork and animations are remarkable and praiseworthy. Using multiple perspectives to portray the plot development, they help to extend the anime’s scope. 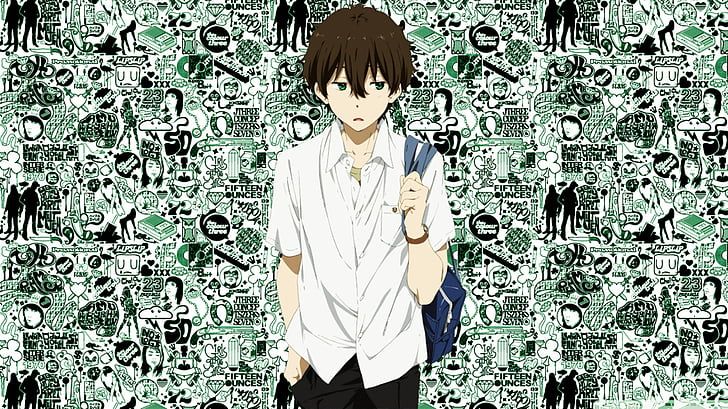 The following list contains 10 Must-Watch Anime Like Hyouka. It is a guarantee that you will absolutely love these if you liked Hyouka. It’s a bold move to switch to experimental animation. That too, everytime a character gets closer to unraveling the riddle. The narration is detailed and does an excellent job of hooking viewers. Similarly, these anime will keep you hooked. So, keep on reading and get ready for a ride.

Rascal Doesn’t Dream Of Bunny Girl Senpai is about Mai Sakurajima. She is a former child actress. She abandons this occupation for unknown reasons. Moreover, she’s far too aloof to be approached by the typical individual. This is where Sakuta, the person who develops an interest in Mai, enters the picture. This anime isn’t what it appears to be on the exterior. It goes deeper than expected, with the element of mystery being a big part of it. As said earlier, the anime contains a mystery element. However, they do not label it as a “Mystery.” 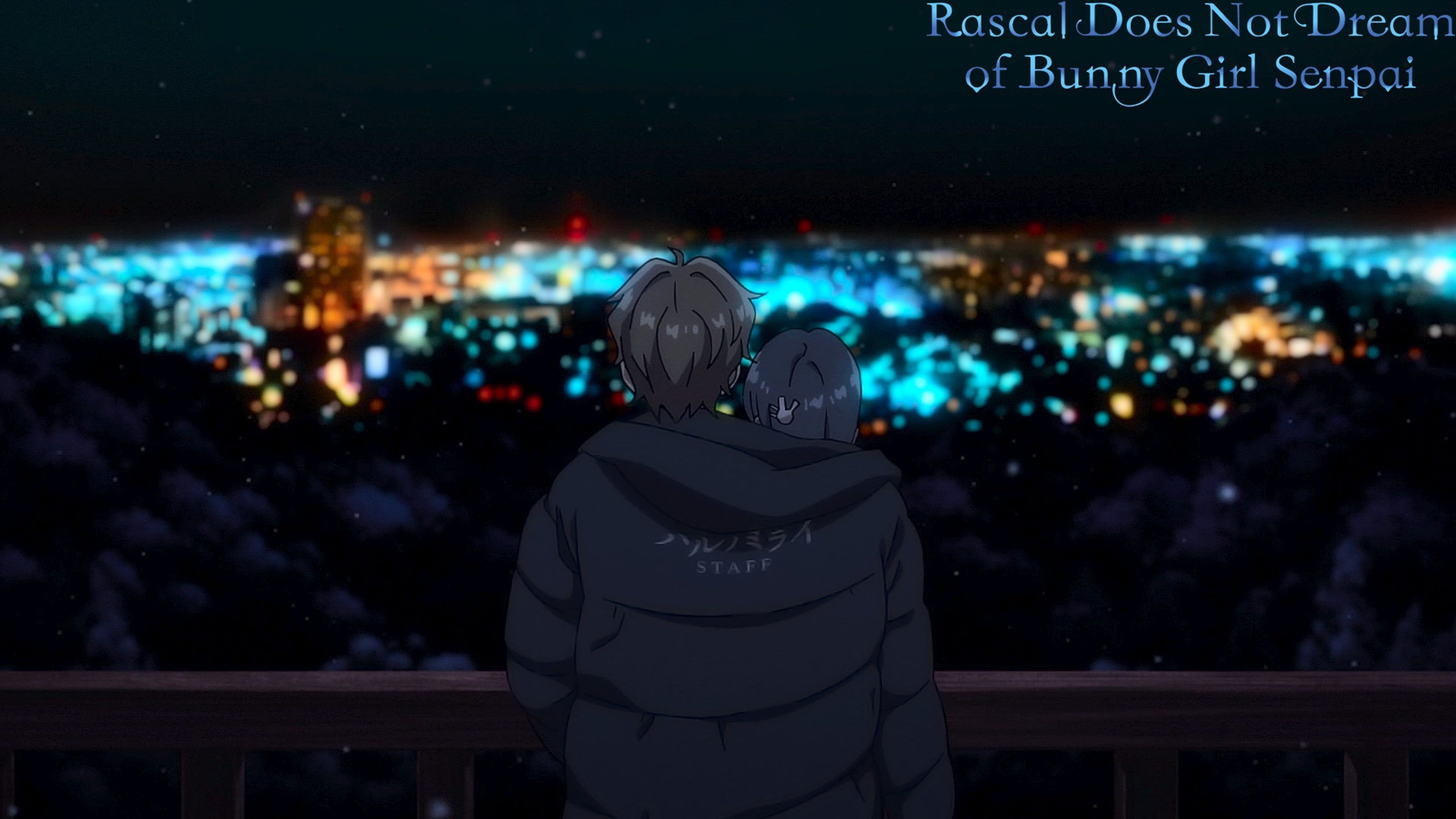 Rascal Does Not Dream of Bunny Girl Senpai
Cr: Crunchyroll

Tamako Market and Hyouka share the same studio house. But it’s distinct enough while being remarkably similar. It’s about Tamako, a Mochi store owner’s daughter. And there’s a mystery-talking bird named Dera, who is perhaps one of the series’ major “mysteries.” The anime concentrates on slice of life most of the time, and it’s done so well that you can’t help but feel at peace.

Hachiman Hikigaya and three girls named Yuigama, Yukinoshita, and Iroha star in this anime. The plot revolves around these four. There’s a subtle air of mystery about it because of the way it’s written. People like Hachiman are cerebral and also have a lot of internal conversation, which is sure to make you ponder (and chuckle) over the course of the three seasons. There is no other anime that is “exactly” like it. Therefore it stands out. 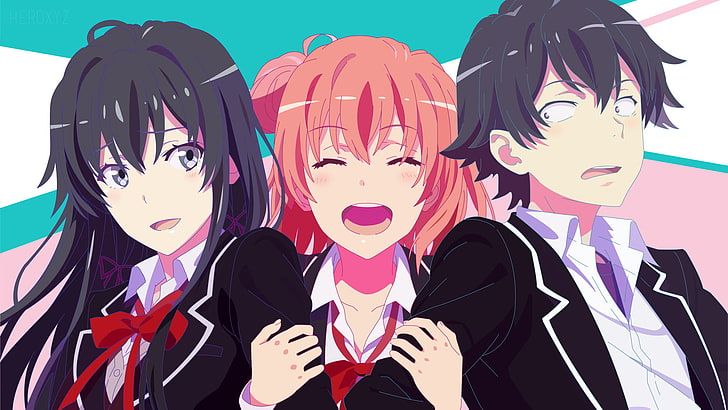 TROYCA is the studio behind Beautiful Bones. Bloom Into You and Re:Creators are at the same studio. The anime is about a bone discovery. It is also about unresolved cases surrounding it. Moreover, the enigmas surrounding it. The female protagonist works as an osteopath. On the surface, the concept appears to be uninteresting. However, if you appreciate thought-provoking entertainment, this will suffice. It is not only the first anime ever to have been, but it is also not the most well-known. 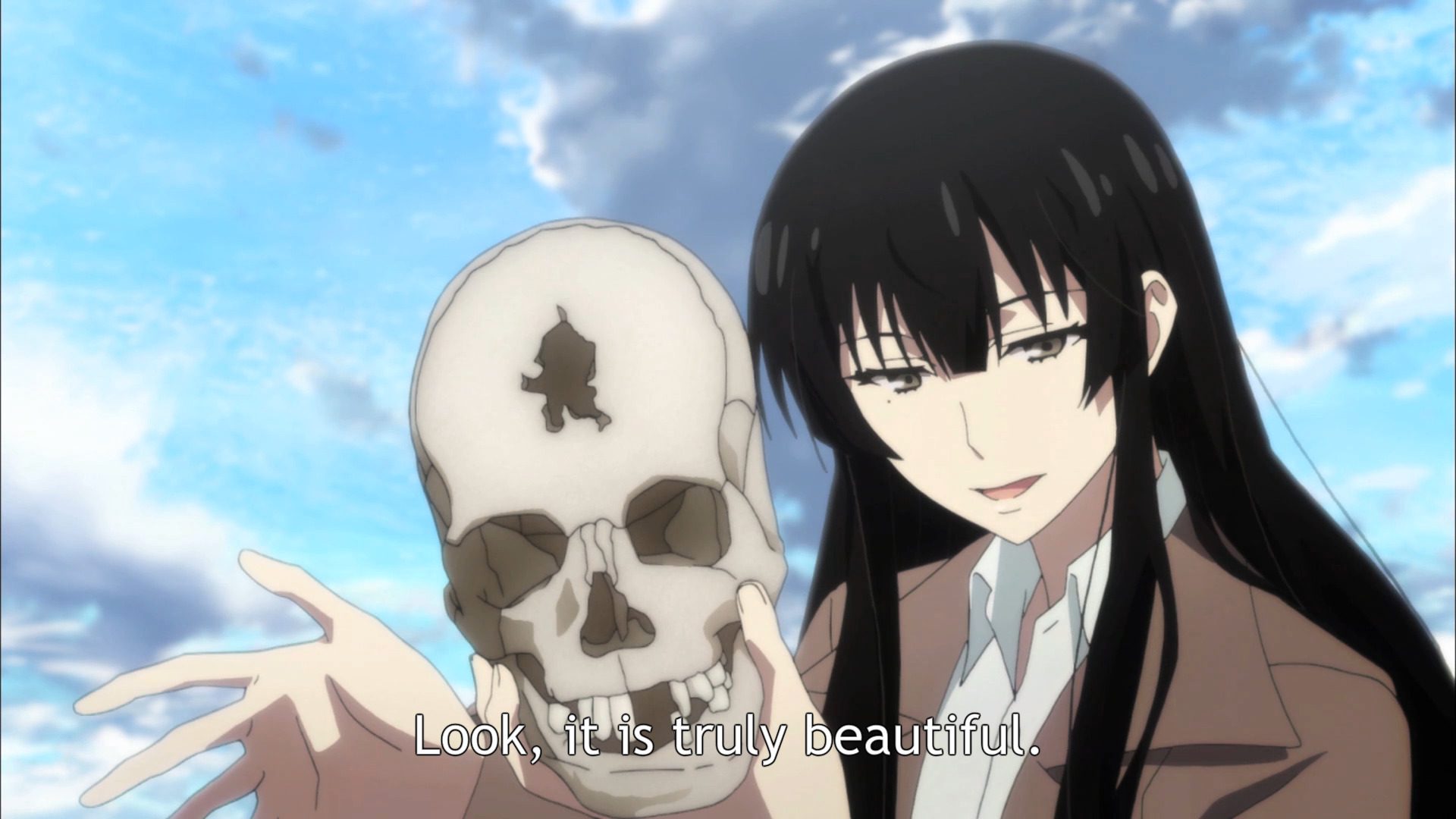 Kanon is a 2006 anime that aired on TV. It’s often referred to be the “big brother” of Clannad, which premiered a year later. Kyoto Animation was in charge of both. This series features a lot of mystery. In addition, there are supernatural components. That is accurate from beginning to end. The MC, Yuuichi, has overlooked something crucial. And the anime follows his journey as well as the unusual incidents that occur along the route. One of them may lead to romance in the future. 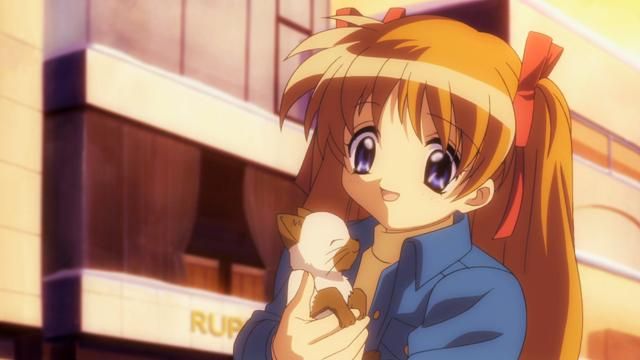 Another anime that isn’t often referenced these days is Kokoro Connect. Silver Link Studios produced the animation (Non Non Biyori). For all of the key characters, everything appears to be normal at first until an alien known as “Heart Seed” appears. He uses his unknown talents to put all five kids through a series of trials and tribulations that he chooses. As they struggle to come to terms with the crazy, it almost breaks their friendship apart, but other situations bring them closer together. It’s odd that this isn’t labeled as a “psychological” series, but Hyouka lovers will enjoy it. 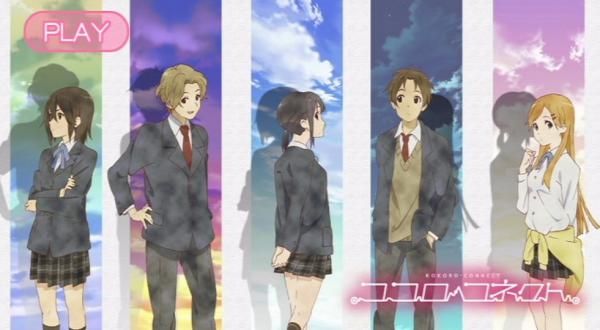 Ghost Hunt is just the kind of anime that doesn’t get a lot of attention. J.C Staff’s ghost series is quiet, but it’s a nice one. It tells the story of Mai Taniyama. She is a young woman who ends up working for a corporation that hunts down and exorcises spirits in people’s houses. A medium eventually joins them, as do other people who add to the comedy, drama, and frightening investigations. Because it’s also a horror series, the anime will likely make you scared at key parts later on. 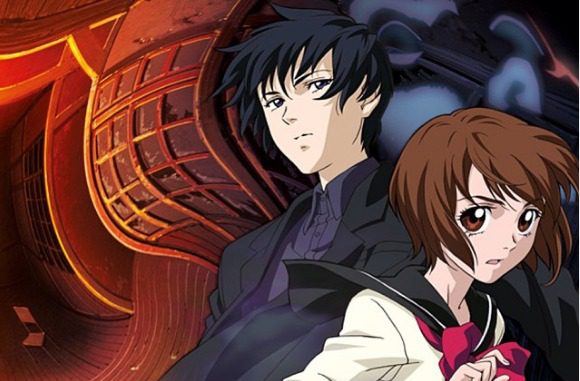 Monogatari encompasses a wide range of concepts. Vampires, the supernatural, mystery, and romance are all things that come to me when I think about vampires. It’s an odd series, but one that makes you think. Studio SHAFT created it, and it’s a classic. The basic premise isn’t simple at all, and it evolves as the story progresses. It’s got a lot of conversation and hidden messages in between scenes, so it’ll keep you wondering about what’s going on. It isn’t for everyone, but a good series if the odds are in your favor. 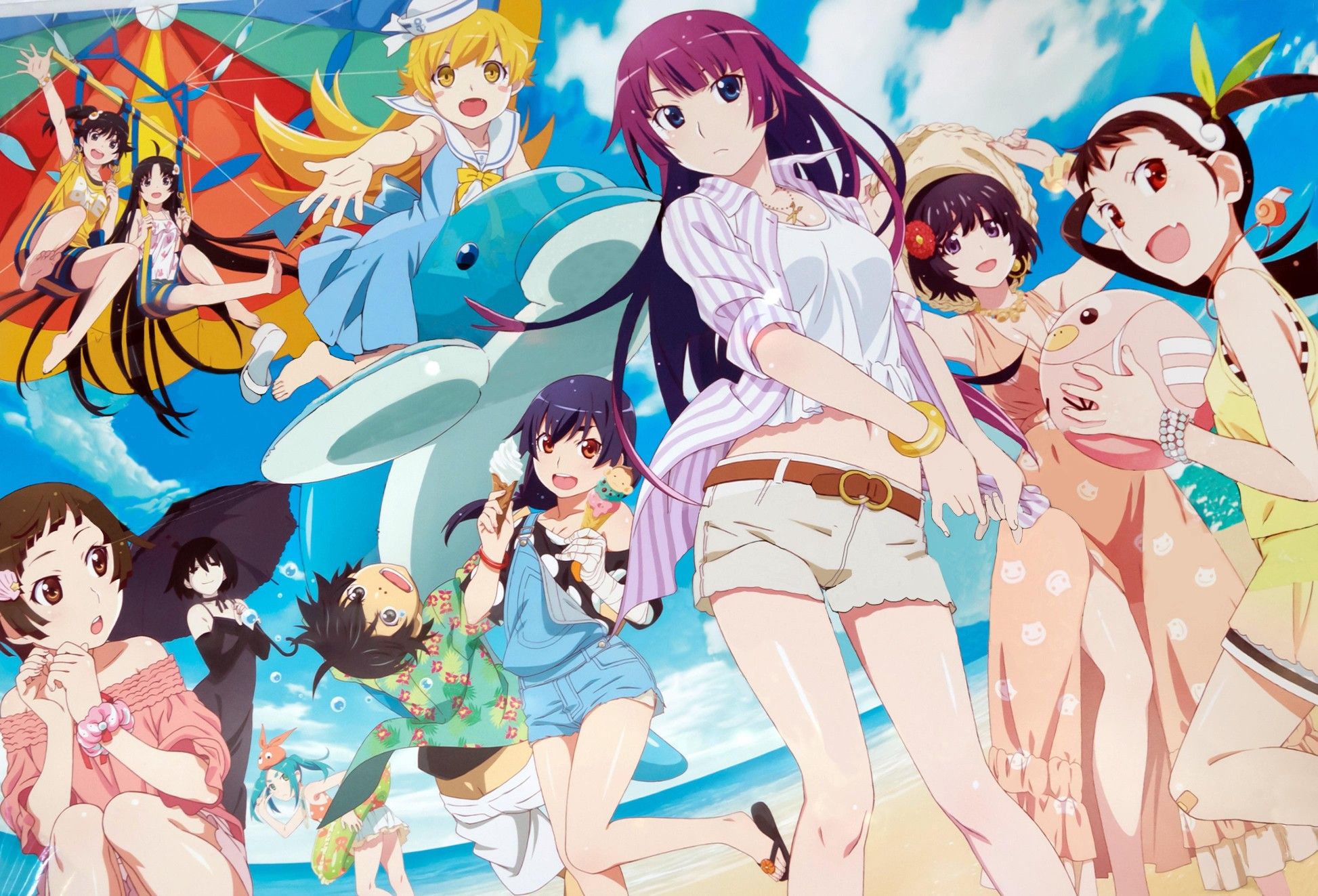 If you’ve seen Robotic Notes, Heavens Memo Pad is about a shut-in Otaku who is similar to Kona from that show. She investigates riddles from the convenience of her own room, which she spends hours in. Homicide and other cases figure prominently in many mysteries. The anime naturally revolves around Yuuko, the main character as she is the mastermind behind it. The setup differs from Hyouka’s, but it’s on the same road, so it’ll seem familiar when you watch it. GoSick is about a Loli, Victorique. She’s incredibly bright and the mastermind of solving a mystery, crimes, and murders, unlike the normal individual. She’s also a classic Tsundere in certain ways. This series doesn’t have as many “primary” characters, but the environment is familiar because of the manner it’s written. However, it is a little more brutal.