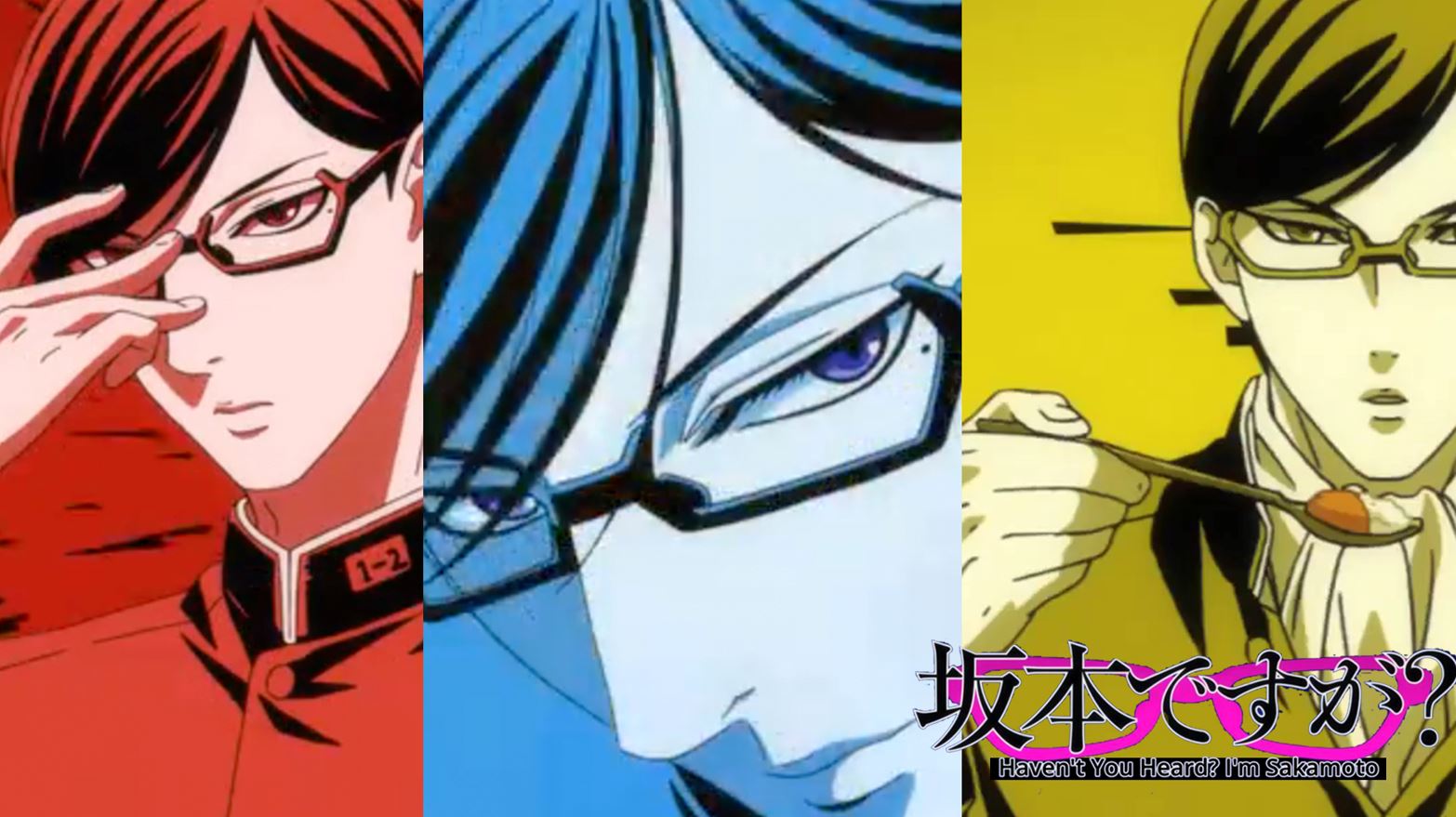 Fans love Sakamoto Desu Ga for its plot. It brings out the funky high school classic. This genre can never go out of style. People always find this trope afresh and interesting.

Sakamoto, a first-year high school student, is not just cool but the coolest! He began grabbing everyone’s attention almost immediately after commencing school. The girls adore him, while the majority of the boys despise him. There is already a boy in the class who serves as a model, but Sakamoto always outshines him.

Sakamoto always succeeds in thwarting the other lads’ antics with ease and grace. No matter what they try to pull on him. He may appear calm and aloof. However, he assists others, such as the guy in his classroom who was often tormented. Sakamoto glides through high school with confidence and class, no matter what challenges he faces.

Also Read: Anime Similar To Gokushufudou That You Should Watch

The following list contains 10 Anime Like Sakamoto Desu Ga. While some are theoretically similar, others have the same basic narrative. Similar themes can also be found in various anime. Continue reading to learn more about them.

So, if pupils can be cool, teachers certainly can. Moreover, since we’re on the subject of teachers, most people would agree that Koro-sensei, the strange, zany, octopus-like teacher, is the coolest of them all. The moon had a large portion of it shattered out of nowhere. Who is the most likely the suspect? It’s an octopus-like beast with unstoppable strength. Koro-sensei, that’s him! He’s now educating children on academic excellence as well as assassination techniques so that they can assassinate him. Who knows why he’s doing this. The only thing left for the kids to do now is to succeed in their studies and murder him before their graduation. If they don’t, it’s the end of the world! 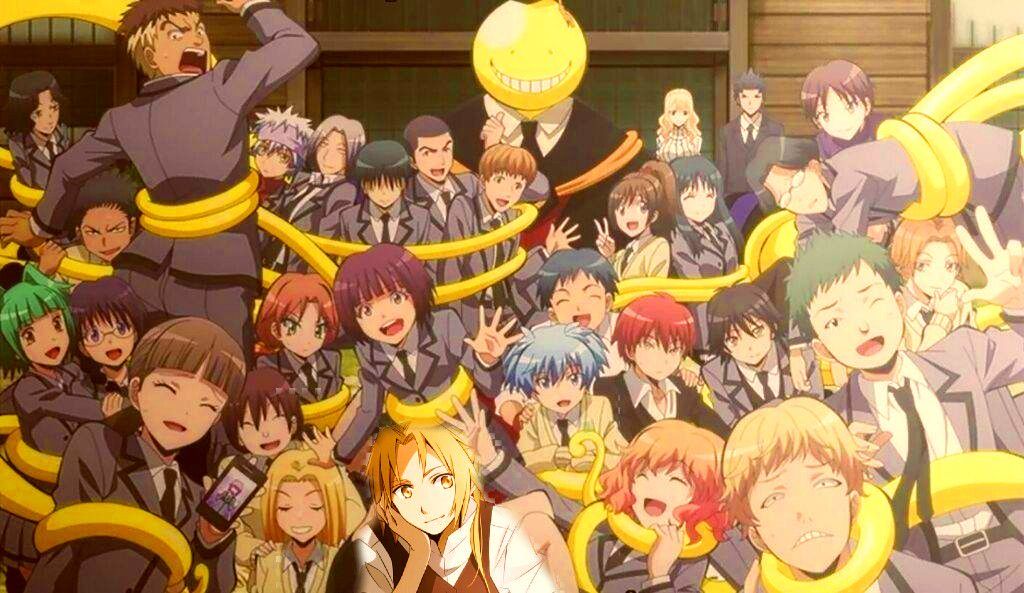 Umaru Doma is the ideal high school girl. Umaru is as great as she can be in public. She’s bright academically, athletically gifted, moreover stunning, and practically flawless. To the tiniest detail, everyone adores her. She’s unrivaled. She’s flawless. Nobody is aware of her flaws beyond her perfection. However, The instant Umaru walks within the threshold of her house; she undergoes a massive metamorphosis. Only her brother is aware of her transformation into “Umaru-chan”. She’s lazy, geeky, pampered, and obnoxious as Umaru-chan. She is perfect in public but less-than-human in private. She leads a wacky life alongside her brother and friends. 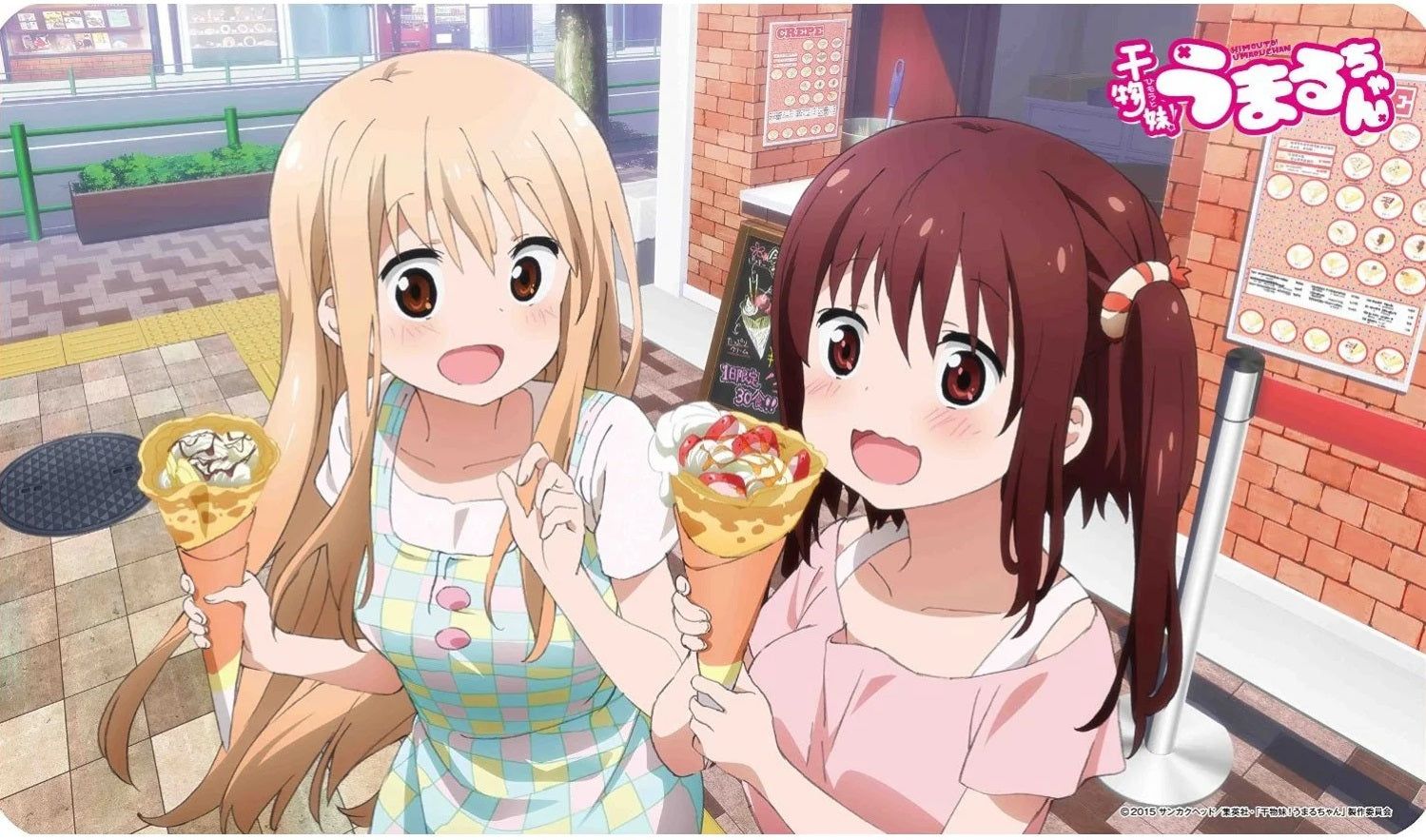 What a load of nonsense! Nobody seems to be able to get enough of it! From one thing to the next, it appears that the foolish trivial things in life are the most valuable of all. Danshi Koukousei no Nichijou is a comedy about high school boys’ absurd everyday lives. From the insignificant to the extremely momentous. It’s all about unwinding and having a good time. It’s the ideal method to go about things. Is there a better course to take now? None! The solution is to have some fun and be silly. Furthermore, high school is a time in one’s lifetime when one can act irrationally or carelessly, moreover, without giving a damn about the rest of the globe. The life of a high school boy is like this. 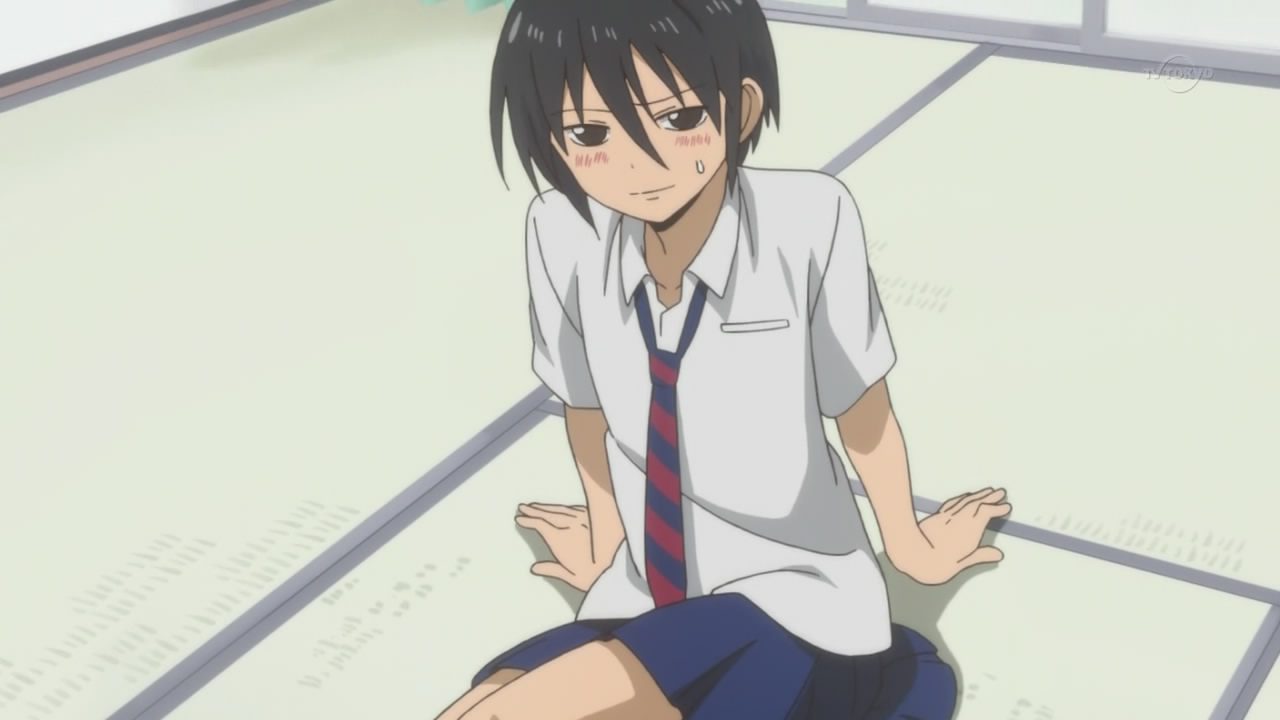 If you enjoy oddball concerts, I’ve found something for you! This time, it’s a show about delectable treats, as well as another strange character. Dagashi Kashi is all about “Dagashi.” It is a Japanese term for traditional snacks. There is a store managed by the renowned You Shikada and his son, Kokonotsu Shikada. However, one day, a strange female named Hotaru Shidare comes to transact some business with him. However, before You Shikada makes a decision, Hotaru must persuade Kokonotsu to take over the business. A delicious snack-y monotonous journey awaits you.

Tanaka-kun is perpetually bored! He is usually calm and peaceful, and he may sleep whenever and however he wants. It’s his lifestyle to be sleepy and lethargic! Despite the fact that he is already a high schooler, no circumstance can sway him from his sedentary lifestyle. It’s a good thing his pal Ohta and his classmates are nearby to keep a close eye on him. 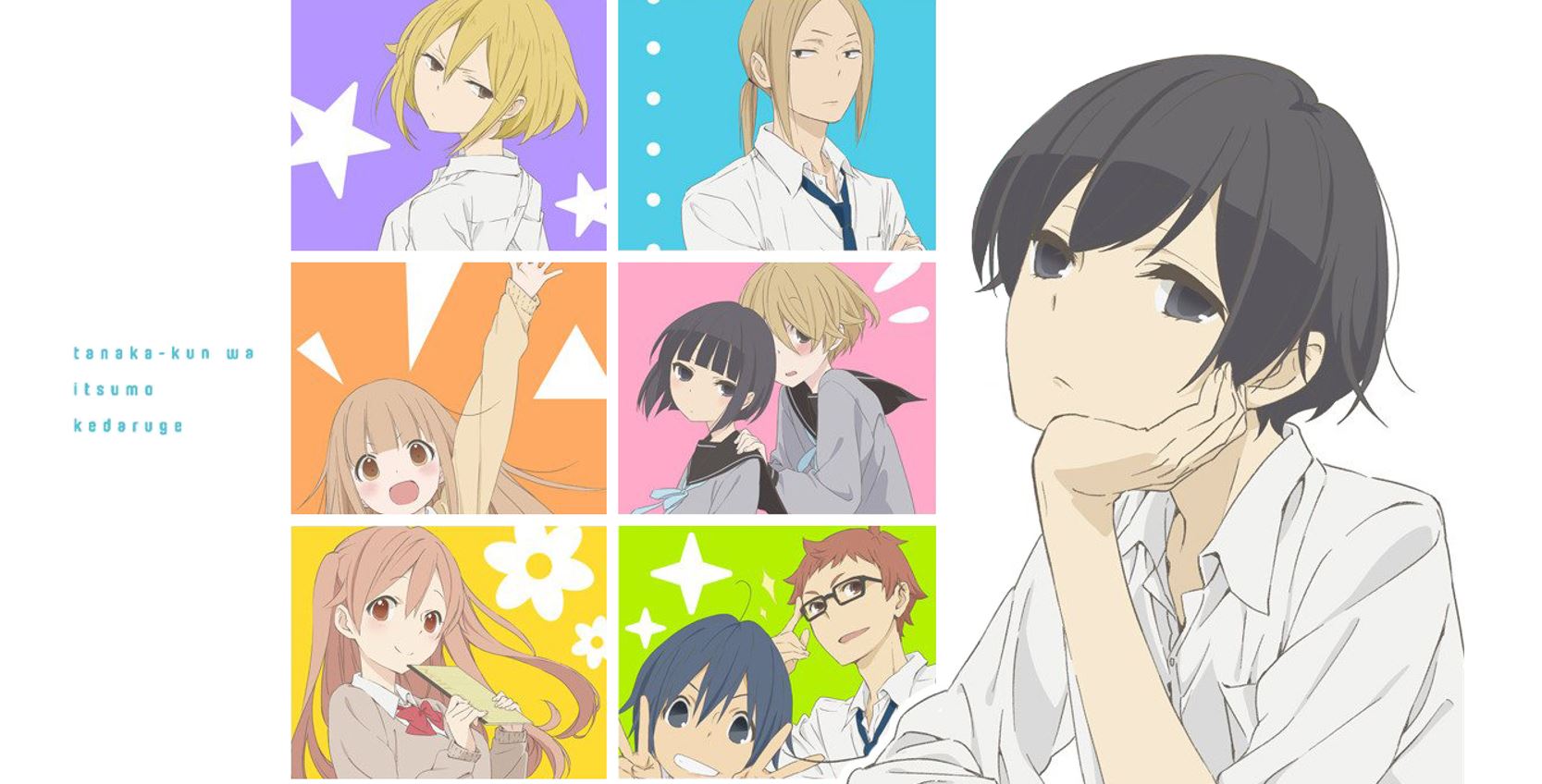 If we’re talking about “cool,” we should discuss the hero who is unquestionably the coolest of them all: he can defeat any villain with just a single blow! Saitama is that hero! He’s the One Punch Man, the caped baldy. Saitama is a Hero with a Sense of Humor! With his blows, he defeats both villains and baddies. In fact, all he needs is a single punch to declare victory. What’s his secret? Every day, do 100 push-ups, 100 sit-ups, 100 squats, and a 10-kilometer run. If your hair eventually fall out till you’re completely bald, you’ll know it’s working. And that’s all there is to be the One Punch Man. 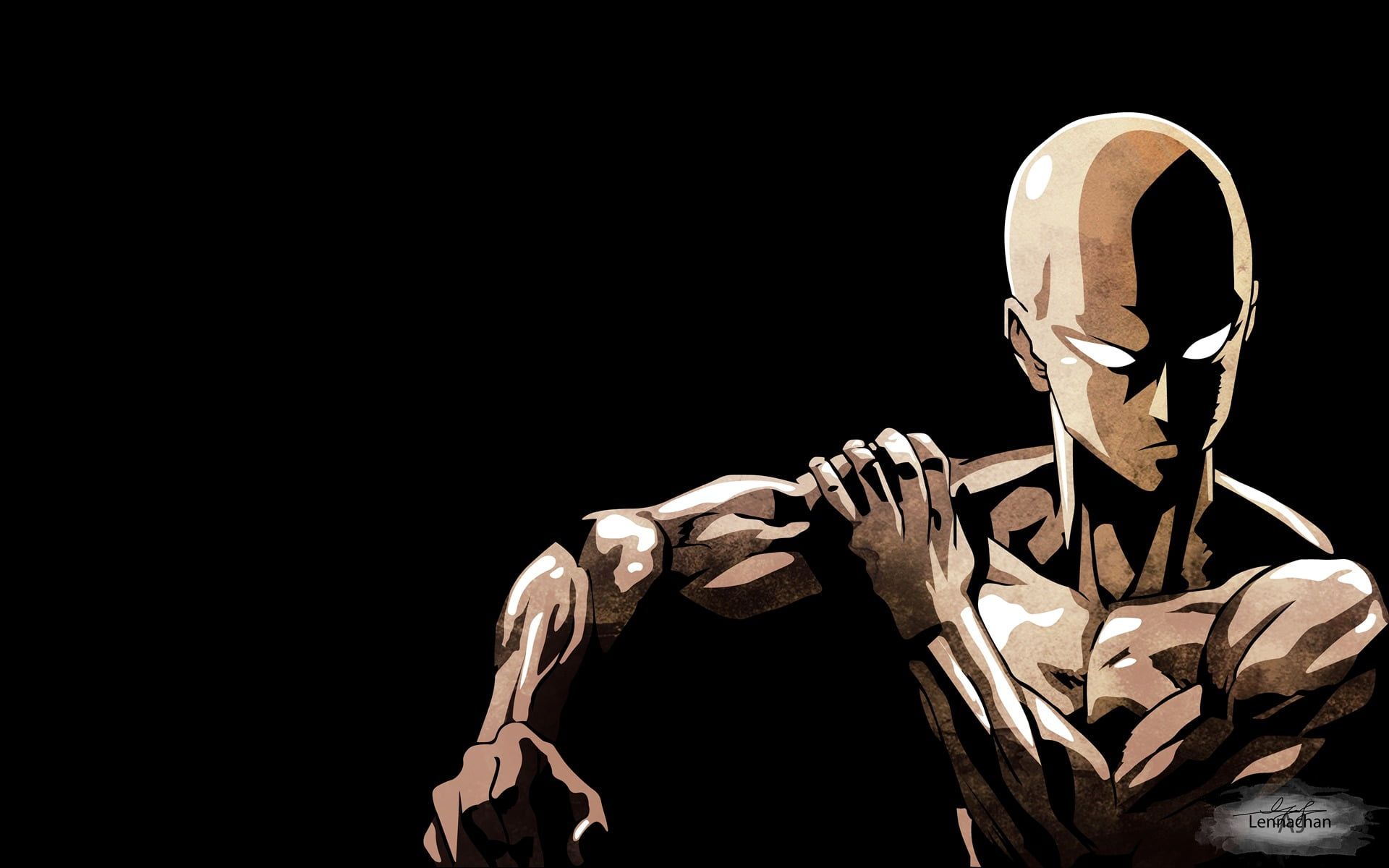 Gekkan Shoujo Nozaki-kun is another show that makes everyone laugh. This is a show that will undoubtedly make you laugh until your stomach hurts. Chiyo Sakura is completely smitten by Umetarou Nozaki. She had no idea that Nozaki was a well-known manga artist hiding behind a pseudonym. Sakura decides it’s time to confront Nozaki and express her feelings for him. However, the entire situation devolves into a farcical scenario. One thing leads to another, and Sakura becomes Nozaki’s personal assistant. So, every day, they uncover new manga inspiration. It’s amusing; it’s hilarious. Moreover, life can flow like a shoujo manga.

If Sakamoto is in “Sakamoto desu ga?” then Medaka is in “Medaka Box.” Medaka Box has a familiar atmosphere to it. Despite its dissimilar theme and genre. Sakamoto stands out for his coolness and style. Medaka, on the other hand, sticks out for being nearly immaculate and perfect. Hakoniwa Academy’s current president is Medaka. She’s put up a Medaka Box where anyone can make a demand of her. No matter how irrelevant. Her objective is to achieve an excellent job. While also reforming everyone to a more cheerful outlook. Medaka is the definition of the term “primary character”. She has the entire cosmos on her side. Her goal is to win. Moreover, she always does. 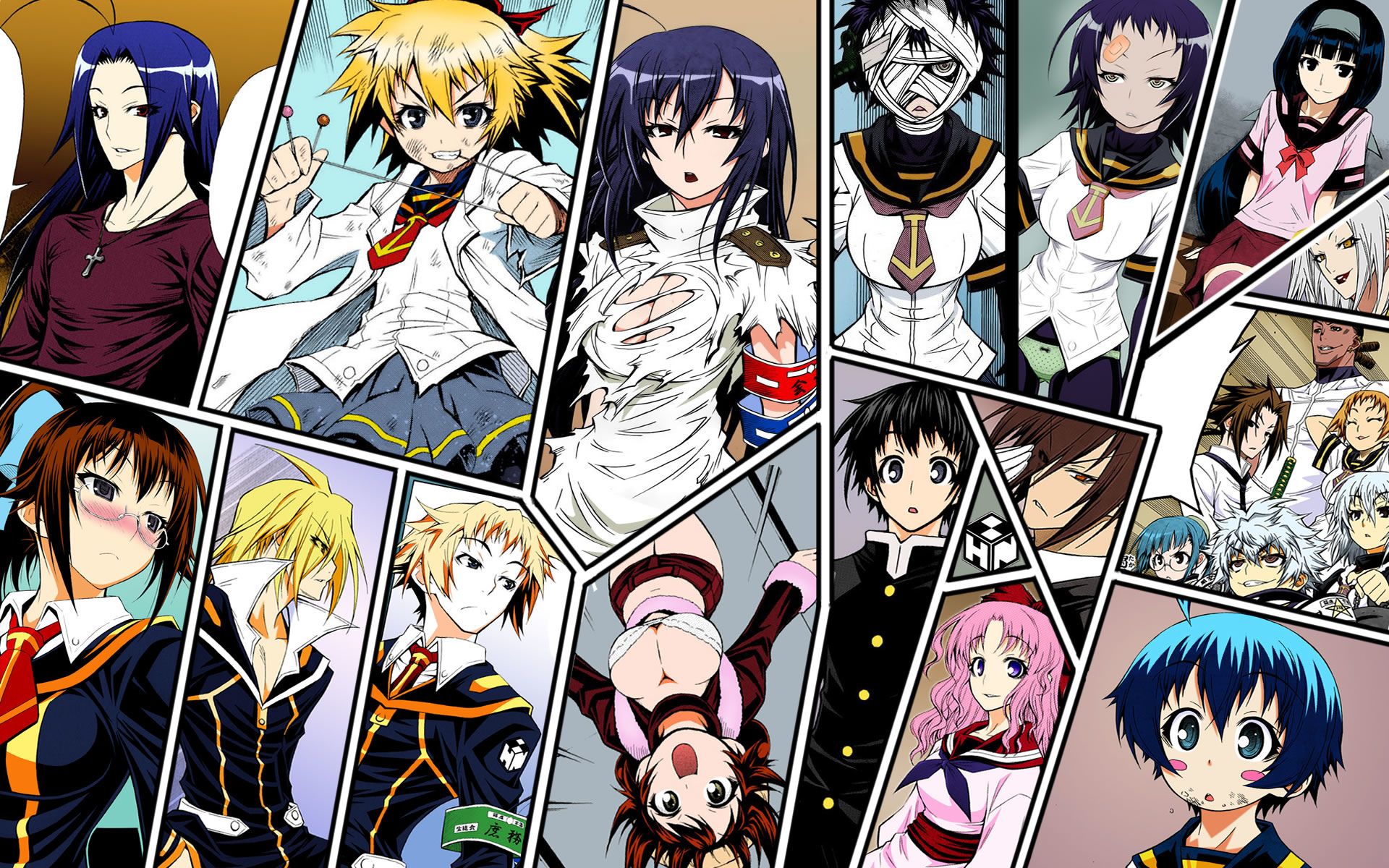 School Rumble is on par with “Sakamoto desu ga?” in terms of hilarity and craziness. The presence of a character named Karasuma Ouji is the most crucial aspect of its resemblance! Karasuma Ouji is a one-of-a-kind character! He’s odd yet perfect at the same time. He has a wide range of abilities. Tenma Sakamoto, the story’s primary heroine, has a crush on him. Tenma is smitten with Karasuma. Harima Kenji is smitten with Tenma. Do you have any idea what has happened? There’s a love triangle! And it’s all taking place while they’re at school! This turns out to be a whirlwind of chaos. The narrative of School Rumble is full of strangeness, excitement, and hilarity. 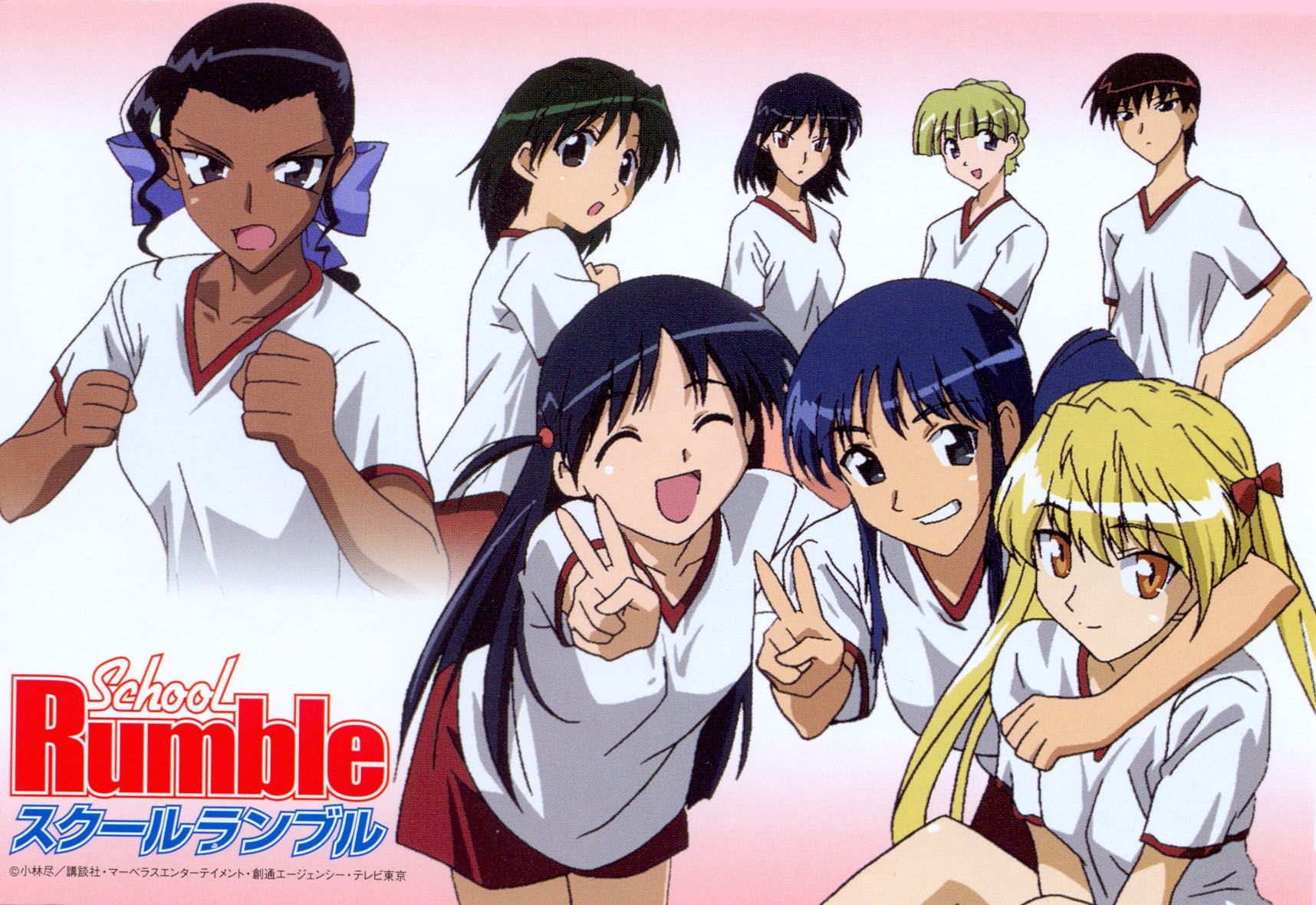 1. Tonari no Seki-kun (My Neighbor Seki)

Another unusual student who never appears to be boring or drab! Here’s the student who is the hero of all bored pupils around the world. Seki-kun, the super-duper boredom buster, is here! Seki-kun is an absolute genius. Despite the fact that he has never paid attention in class, he is never caught. This irritates his friend, Yokoi, who notices what he’s doing and attempts to intervene, but ends up in a situation instead of him. Seki-kun, with his inventive mind and armory of anti-boredom techniques, can concoct games and little distractions on the spur of the moment. You name it: doodles, games, make-believe plays, and goofy recordings. Seki-kun is a specialist at passing the time. 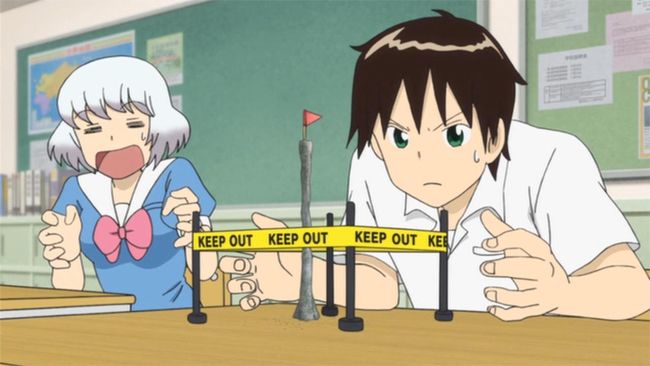